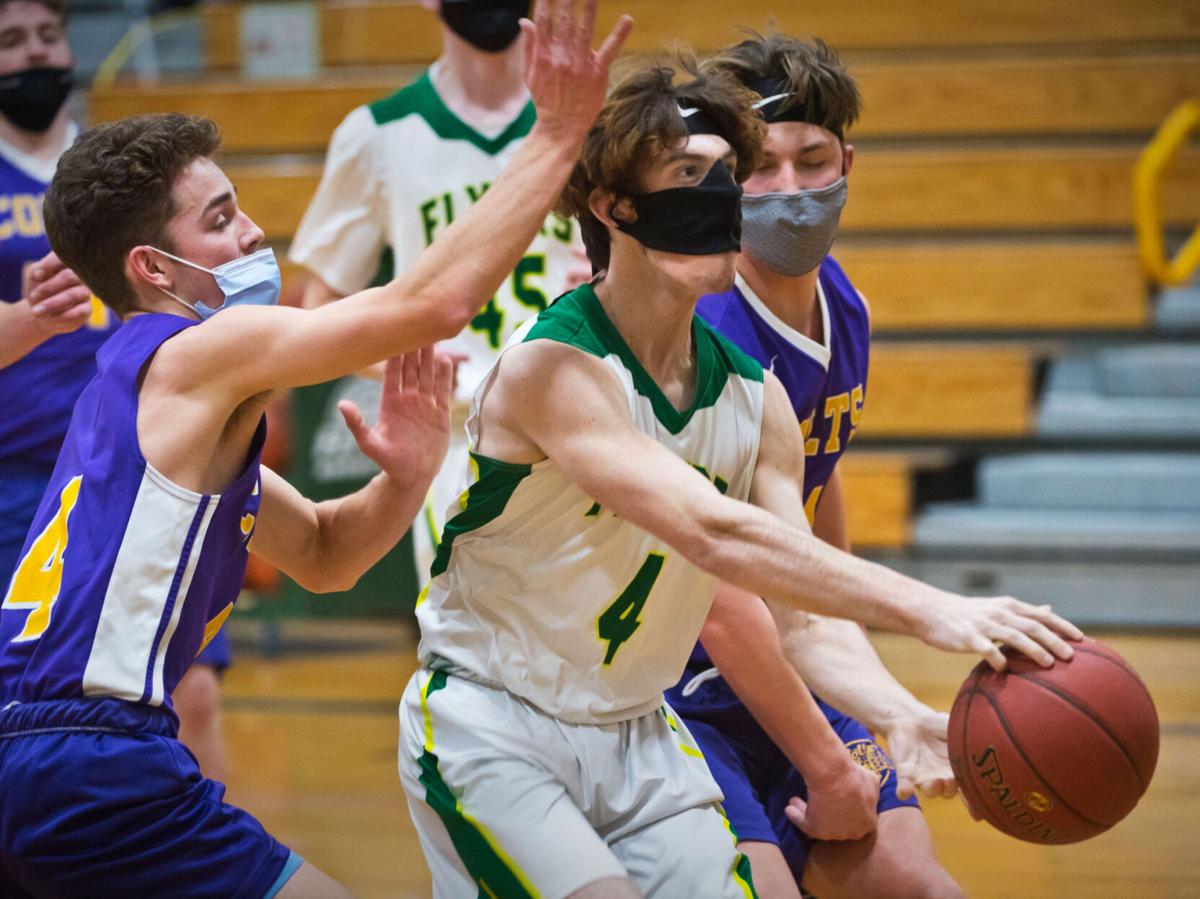 Norwood-Norfolk’s Clayton Reed drives through the Colton-Pierrepont defense of Noah Rousell, left, and Michael Schwartfigure during the first half in Thursday’s game. Christopher Lenney/Watertown Daily Times 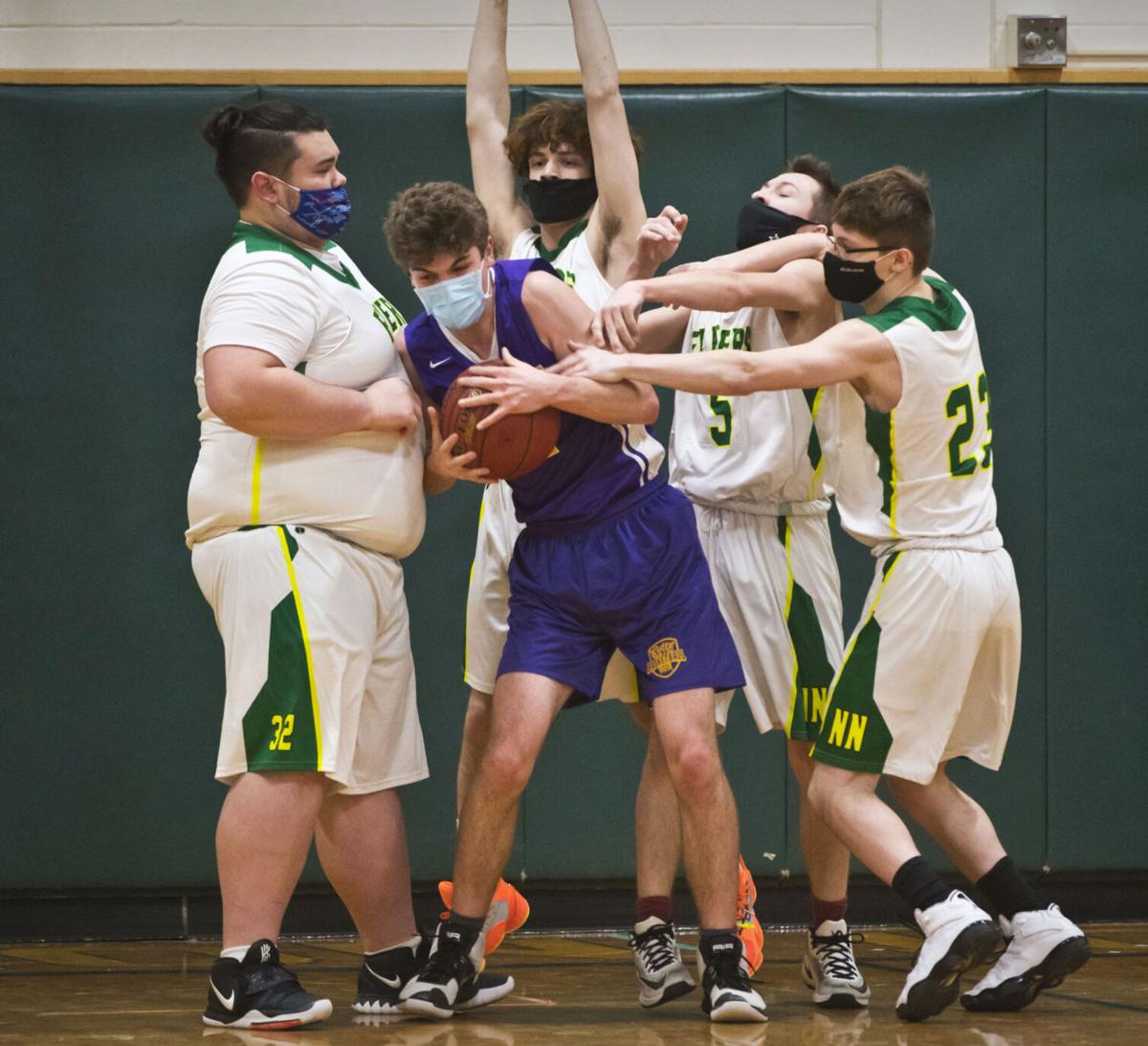 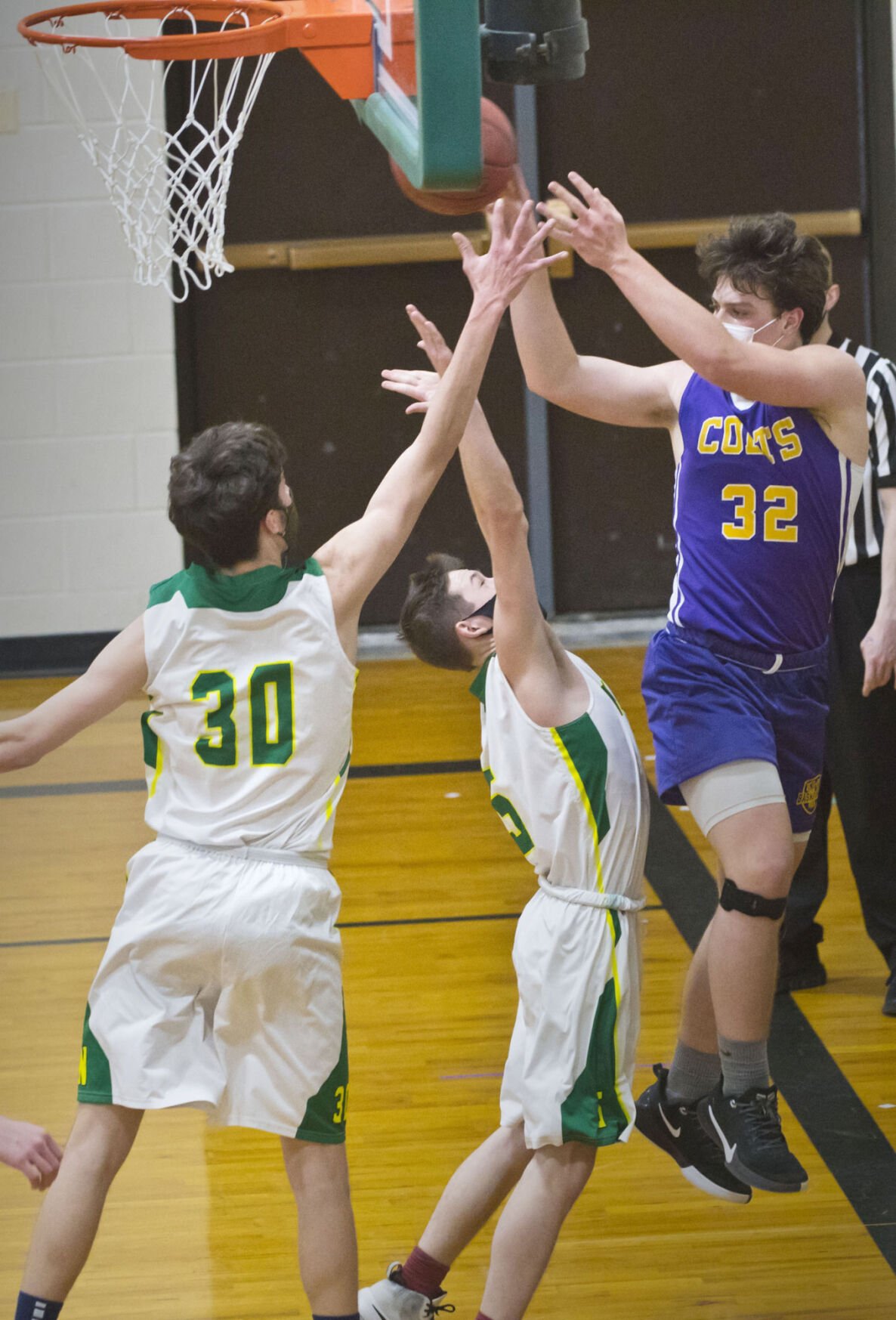 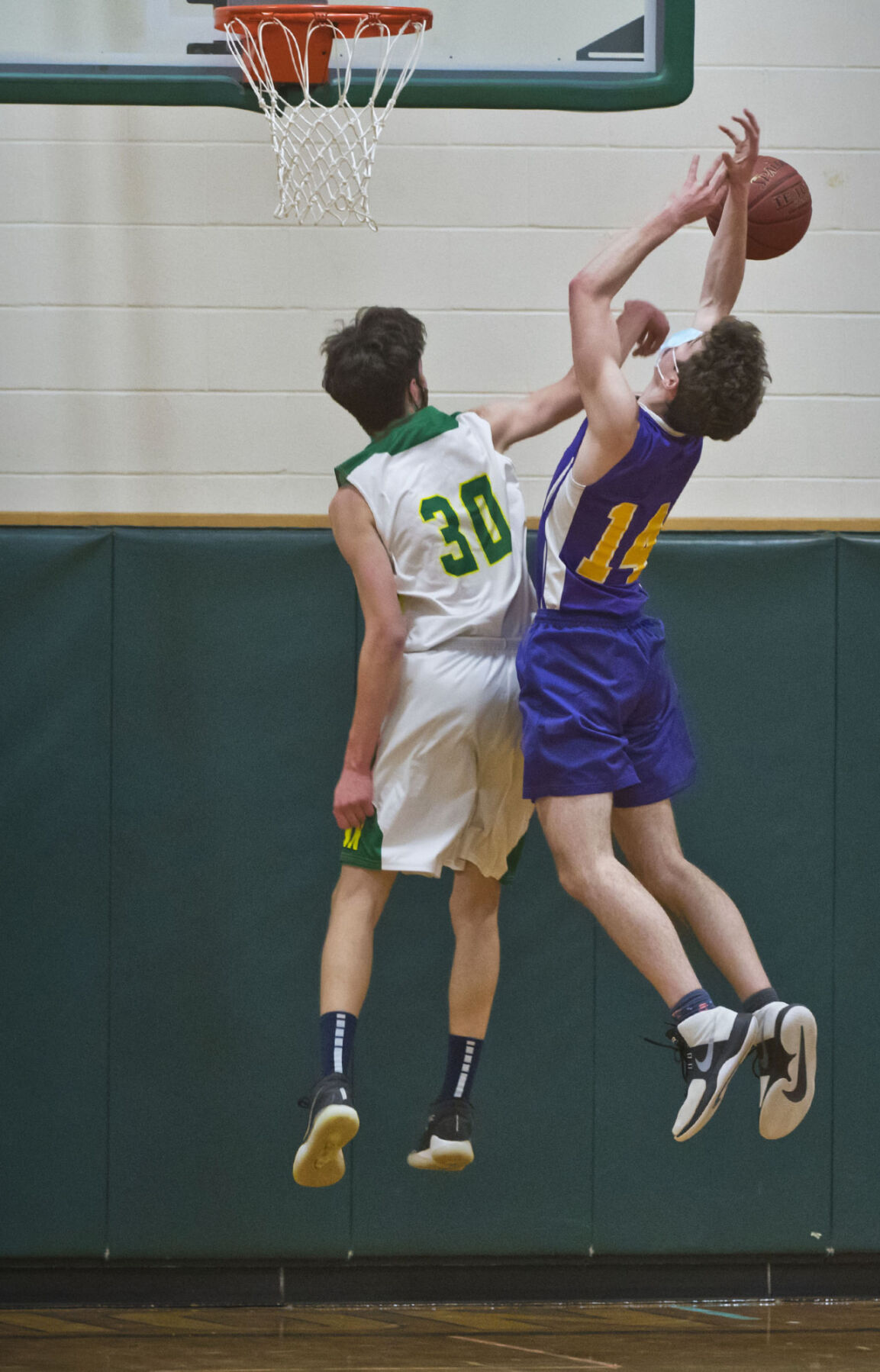 Norwood-Norfolk’s Clayton Reed drives through the Colton-Pierrepont defense of Noah Rousell, left, and Michael Schwartfigure during the first half in Thursday’s game. Christopher Lenney/Watertown Daily Times

NORWOOD — Noah Dominy scored 25 points to lead the Norwood-Norfolk boys basketball team to a 59-39 win over Colton-Pierrepont in a nonleague game Thursday.

Copenhagen broke a three- game losing streak with a crossover victory over the Comets in Carthage.

Cody Powis and Shareef Stokely each scored 14 points for the Golden Knights (2-4), while Clayton Parkin scored 13.

Tyler Green posted 21 points as the Patriots topped the Comets at Sandy Creek to stay unbeaten.

Taylib Kimball led all scorers with 22 points for Sandy Creek (0-5).

Parker Kristoff netted 21 points as the Falcons topped the Pirates in Turin.

Gavin Macaulay and Aidan Zehr each scored 14 points for the Red Raiders (5-0), while Aidan Macaulay had 12 points and Brody Brown had 11. Lowville made 14 3-pointers.

Aaron Woodock finished with 27 points as Morristown (2-0) knocked off the Red Devils in a nonleague game at Hammond.

Luke McQueer and Brandon LaRock both scored 14 points for Hammond (0-2).

A 20-point effort from Braedan Free helped the Bulldogs (2-0) past Edwards-Knox in a nonleague game in Heuvelton.

Tyler Scott and Dylan Wood both scored eight points for the Cougars (0-2).

Kiannah Ward paced Carthage with 19 points in the Comets’ road win over Watertown.

Ward complemented her six 2-pointers with seven free throws for the Comets (1-1). McKenna Kobler backed her up with 10 points.

Kori Nichols scored 15 points, including scoring the game-winning basket with 0.9 seconds remaining in regulation, and grabbed 11 rebounds as the Lions outlasted the Warriors to prevail in a nonleague game at Dexter.

Emma Dupee totaled nine rebounds, five assists and six steals to go along with six points for the Lions.

Adrien LaMora poured in 25 points to pace the Warriors (1-1).

The Plumley sisters sent the Yellowjackets (2-0) past Lisbon in a nonleague game at Madrid.

Hilliary Jones finished with 23 points as Hermon-DeKalb (1-0) defeated the Pirates in a nonleague game at Harrisville.

Emily Farrand tallied 18 points to send the Blue Devils (1-0) past Massena in a nonleague game in Ogdensburg.

Madison Ansari scored 33 points to send Malone past the Shamrocks in a nonleague contest in Fort Covington.

Three goals from Sophie Compeau lifted the Sandstoners past Malone in the nonleague opener for each team in Potsdam. Vail St. Hilaire scored for the Huskies.

Ella Oakes scored in the first period and Ainsley Cromie scored in the second period as Massena edged the Shamrocks in a nonleague game at Fort Covington.

Kayla Cunningham scored in the third period for Salmon River.

Gavin Stone won the 500 freestyle and second in the 200 free as South Jefferson cruised to its sixth win in a virtual meet with Carthage and Gouverneur.