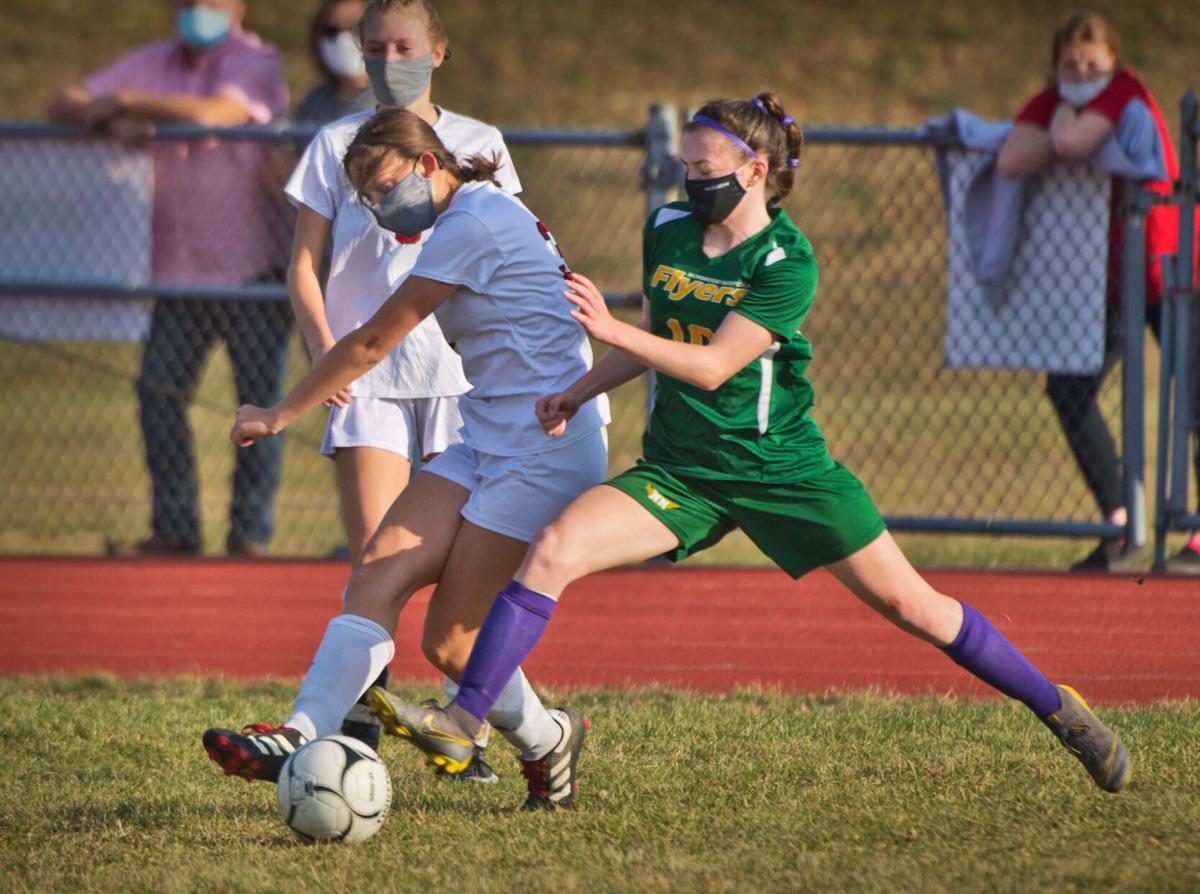 Norwood-Norfolk’s Anna Nelson, right, tries to get in front of a crossing pass by Hammond’s Hailee Manning on Saturday. Christopher Lenney/Watertown Daily Times 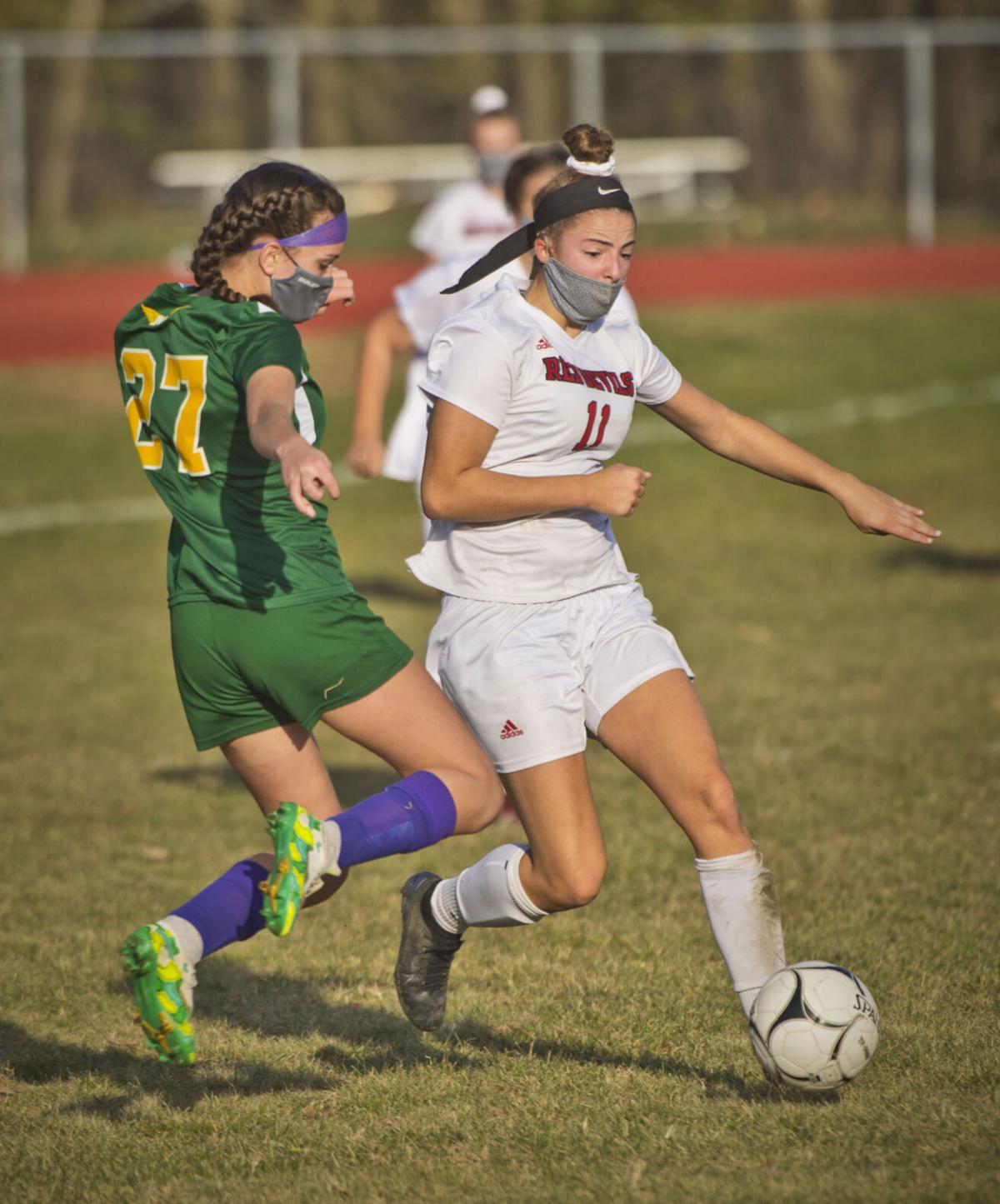 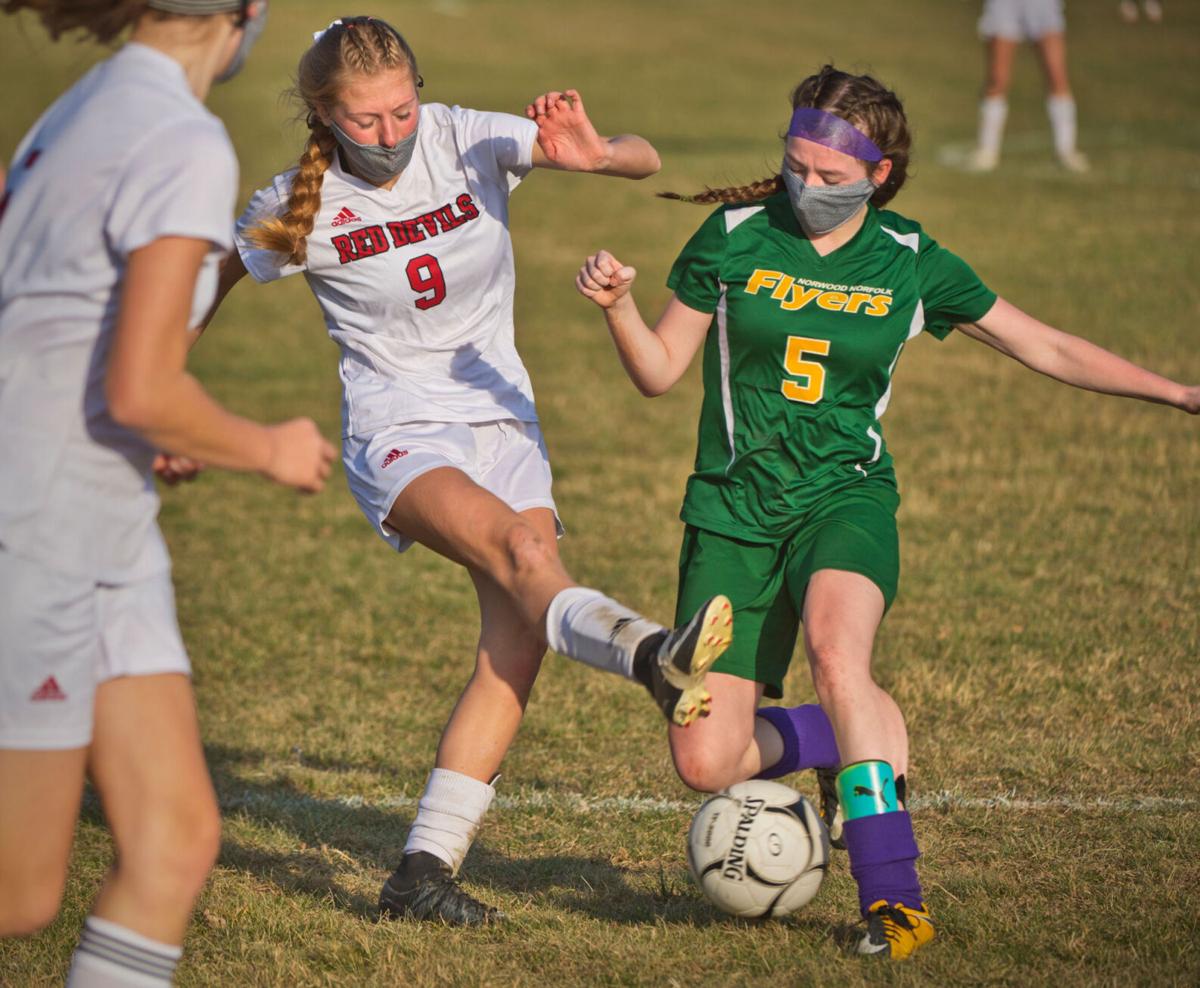 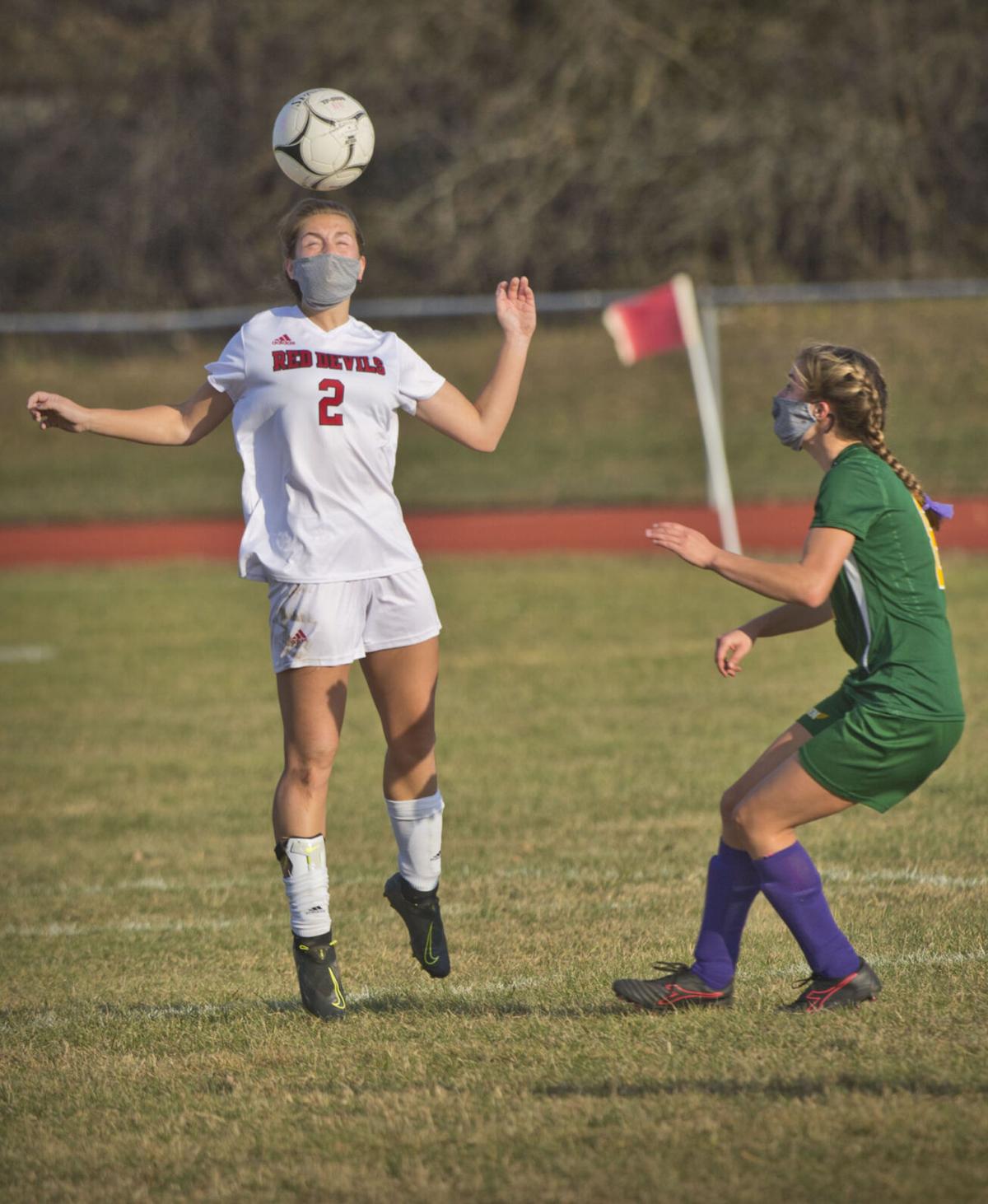 Norwood-Norfolk’s Anna Nelson, right, tries to get in front of a crossing pass by Hammond’s Hailee Manning on Saturday. Christopher Lenney/Watertown Daily Times

Avery Kenyon scored one goal and assisted on another for the Red Devils (6-0 overall and division). Hailey Cunningham and Nora Pease also scored and Alyvia Crosby made five saves for the shutout.

Parishville-Hopkinton rallied from a 2-0 deficit to defeat visiting Brushton-Moira in an East Division game.

Kelly Bloom scored all three goals to lead the comeback for Parishville-Hopkinton (6-2-1).

Emma Showers made six saves to send the Green Rockets past the Demons (2-7) in a West Division game in Morristown.

Natalie Cowen and Lindy Betrus also scored for the Sandstoners (7-2).

Avery Zenger supplied three goals as the Panthers used a second-half rally to defeat the Larries in an East Division game in Parishville. The game was tied 1-1 early in the second half.

Peyton Snell scored the final goal for the Panthers (10-0). Kolbee Converse scored for the Larries (4-6).

Karson LaRose scored two goals to lead the Blue Devils past the Sandstoners (0-9) in a Central Division game in Ogdensburg.

Ryan Warchal stopped one shot for the shutout.

Maddie Dinneen finished first in 18 minutes, 28.3 seconds to send the Flyers past the Sandstoners (0-4) in Potsdam.

The Flyers (5-0) took the top six positions as Dinneen was immediately followed by Sharon Colbert and Rachel Hewey.

Logan Dobbins was fourth for Massena (0-3).