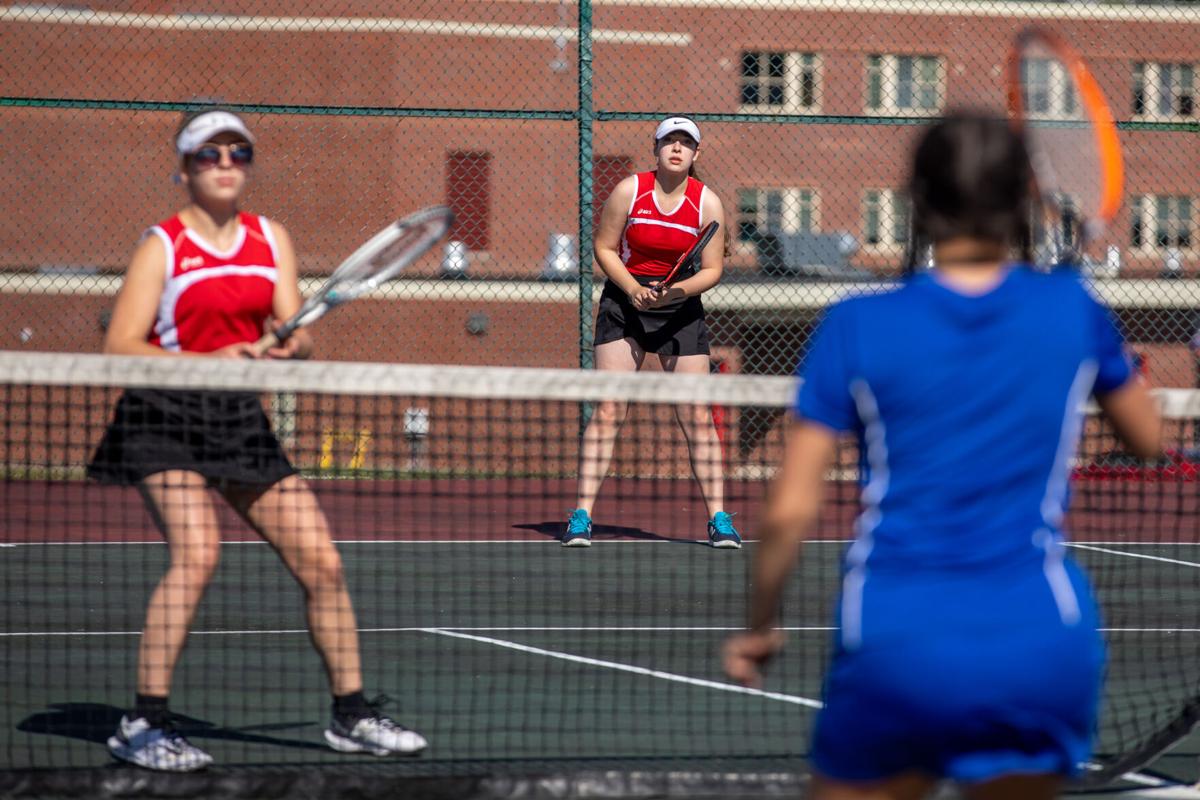 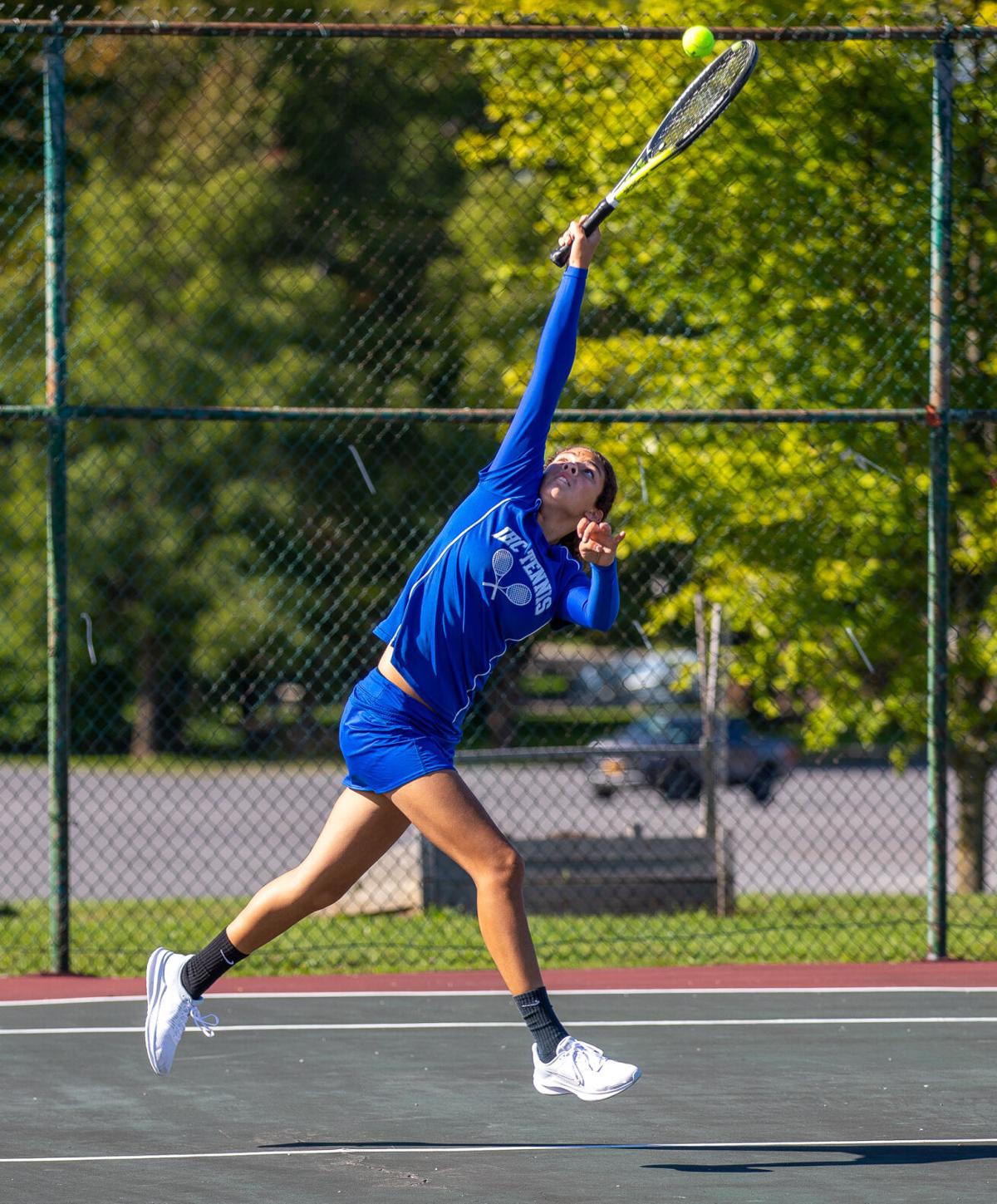 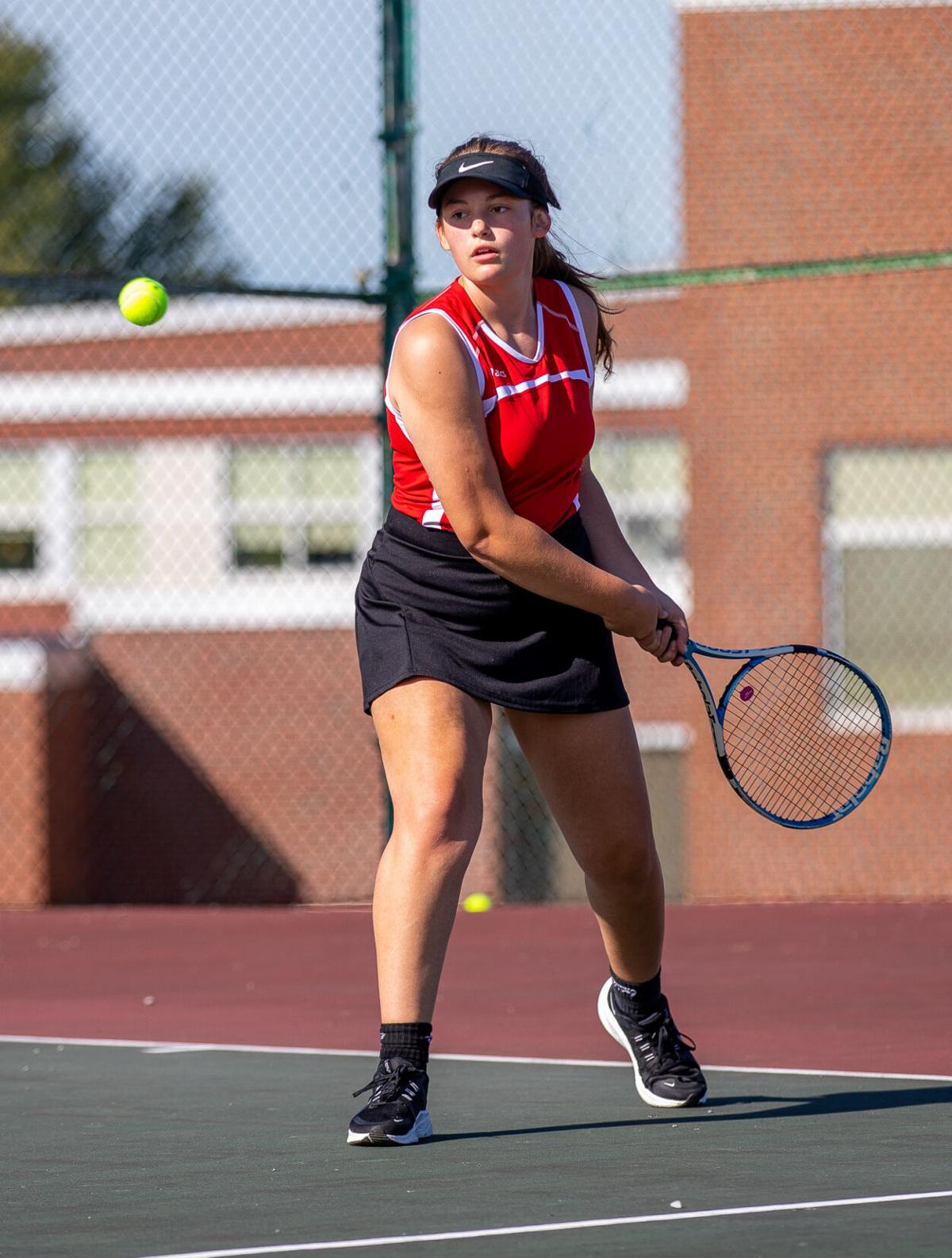 Lowville’s Anna Exford took the second singles title with a 7-6 (7-1), 6-1 win over Beaver River’s Paige Roggie, while Rubi Zabielowicz won the third singles tournament with a 6-2, 3-6, 6-3 victory over Olivia Kirch of General Brown.

The Red Raiders also earned the second doubles title thanks to Phoebe Jennings and Hannah Moshier winning 6-1, 7-5 over the Cavaliers’ Francesca Rotella and Julia Tontarski.

Kyle Moyer scored two goals and assisted on two others to spark the unbeaten Panthers past the Golden Knights in “D” Division play in Copenhagen.

Teagan Costello tallied a pair of goals for Belleville Henderson and goalie Jeremy McGrath made one save against Copenhagen.

Gage LaClair scored the deciding goal in overtime as the Vikings edged the Falcons in showdown for first place in the “C” Division in Turin.

Goalie Morgan Fox made eight saves for Thousand Islands (5-2, 4-3), which prevailed to take command of first place in the division.

Erik Croll tallied a goal and an assist as the Purple Ghosts edged the Patriots in a “D” Division game at Alexandria Bay.

Matthew Robinson scored all five goals for Madrid-Waddington in an East Division win over the Bulldogs (3-5, 3-3) in Chateaugay.

Eric Randall’s hat trick was the difference as the Lions (3-5-1) scored the final three goals of the game to knock off the Shamrocks in a nonleague game in Fort Covington.

Karsyn Fields and Kori Nichols each notched a goal and an assist as the Lions beat the Warriors in a FL crossover game at Dexter.

Samantha Stokely and Reagan Dalrymple each provided a goal and an assist as the Golden Knights beat the Purple Ghosts in a “D” Division game at Alexandria Bay.

Madison Cheek and Aubree Smykla each chipped in goals for Copenhagen (5-4).

Tatum Overton registered two goals and an assist as the Cyclones blanked the Golden Bears in a nonleague game at Canton.

Delaney Callahan tallied a goal and an assist for Watertown (8-0-1).

Raelin Burns and Kaitlyn Gibson each scored two goals and Tori Salisbury dished three assists and Gouverneur used superior finishing as the key to a win over OFA in a Central Division game at Gouverneur.

OFA’s goal was tallied by Ella O’Neill off a chip pass from Hannah Costello.

Hailee Blair and Grace Plumley each scored twice and assisted on a goal as the leaders of the Yellowjackets offense.

Hailey Marcellus set up Blair and Plumley for the first two goals of the game.

Freshmen Averie Farrand and Layla Rishe both scored their first varsity goals as Lisbon shut out the Panthers in a nonleague game.

Carter Baer scored two touchdowns and Holden Stowell threw for one and ran for one as the Wildcats (2-0) beat Malone (0-2) in an NAC game at Gouverneur.

Vinny Thomas also returned a kickoff for a touchdown for Gouverneur.

The Vikings (1-2) rolled to victory over the Hawkeyes (1-2) in a Section 3 eight-man game in Cooperstown.

The Falcons (1-2) outlasted the Lumberjacks in an eight-man game in nonleague played Friday night in Tupper Lake.

Ferguson won the 100-yard butterfly while Urf took first in the 100 backstroke for Watertown, which totaled 360 points to finish 63 points ahead of runner-up South Jefferson. The duo teamed up on the winning 200 medley relay for Watertown.

Emma Purvis collected three wins for the Spartans — in the 50 freestyle, 100 free and 200 free relay.

Shelby Law took three events, including the 50 free and teaming with Lovenduski in the two relays.

BERNARDS FINISH IN TOP 5 AT UTICA