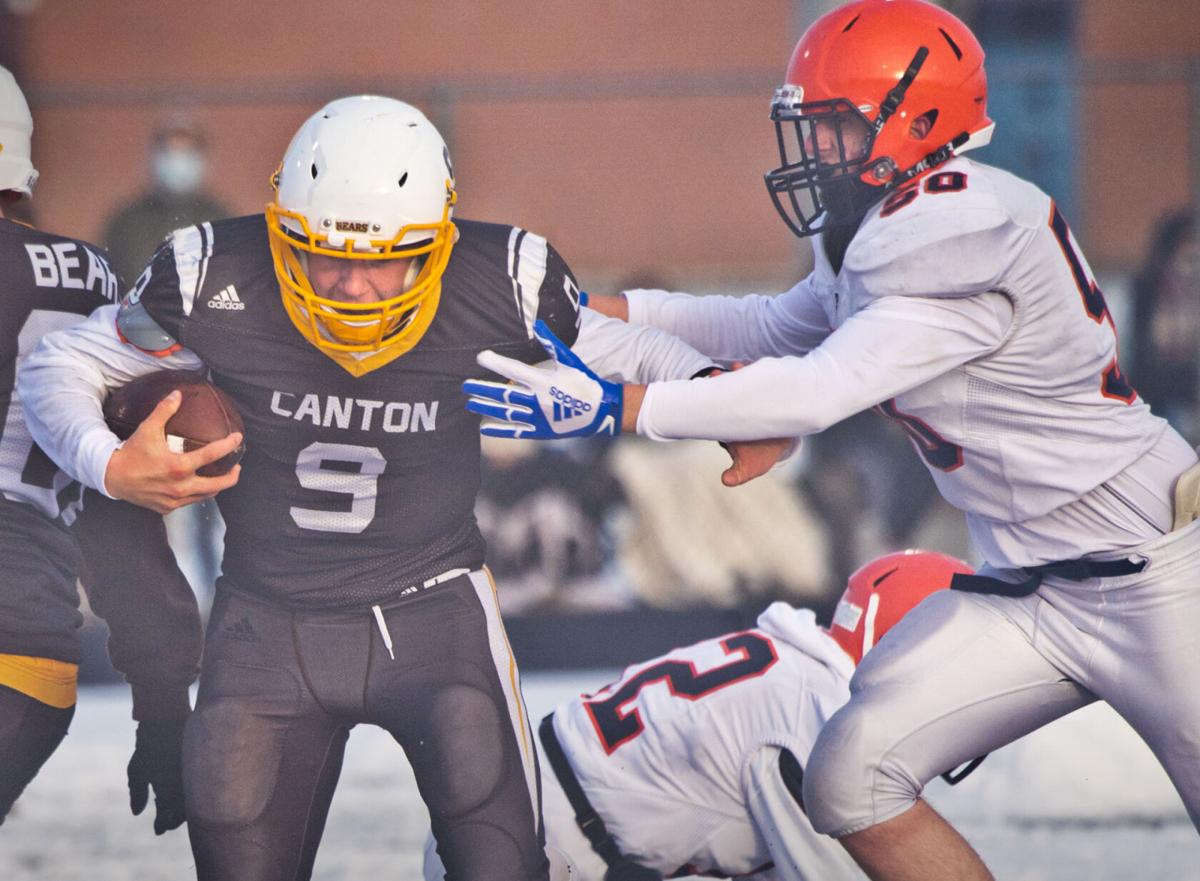 Potsdam’s Tyler Scott, right, tries to grab Canton’s Daniel Mahoney as he runs with the ball during the first half of Wednesday’s game in Potsdam. Christopher Lenney/Watertown Daily Times 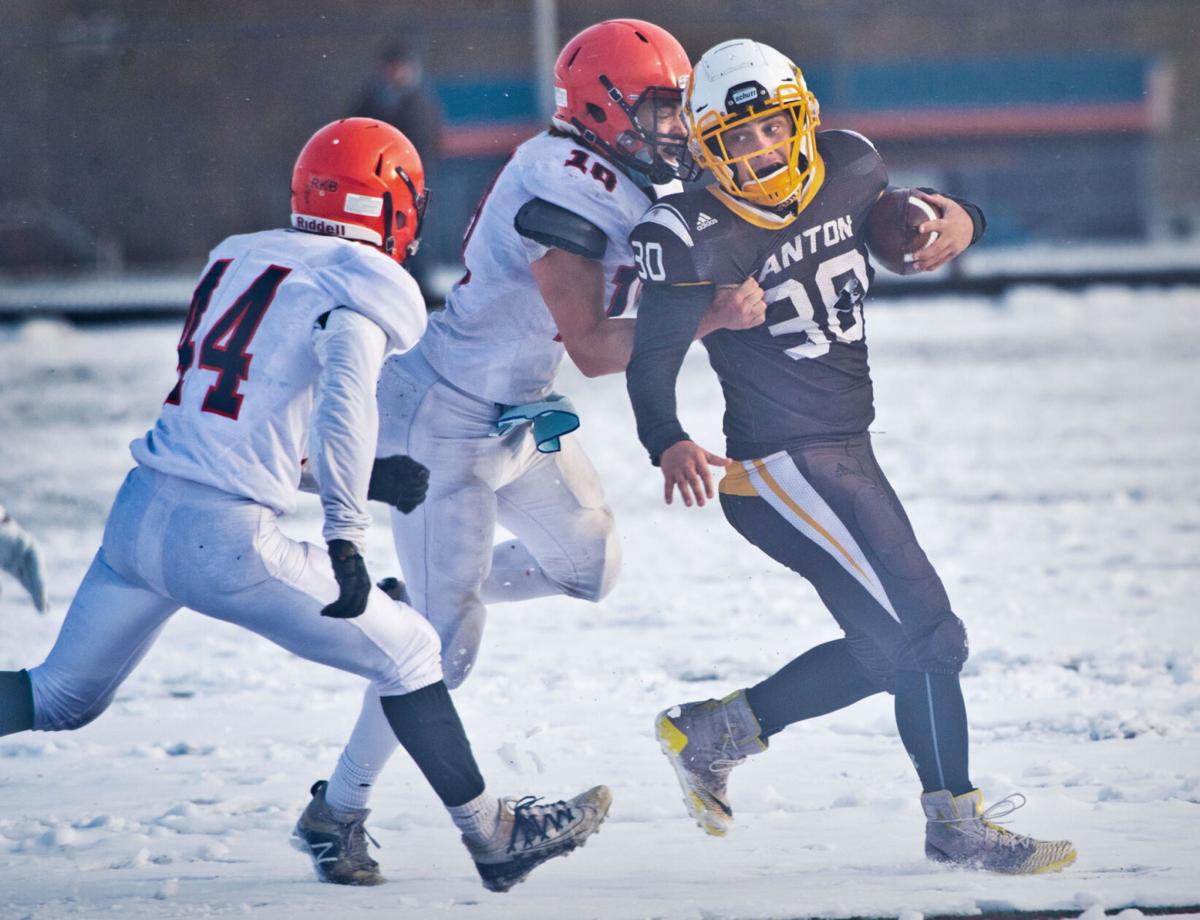 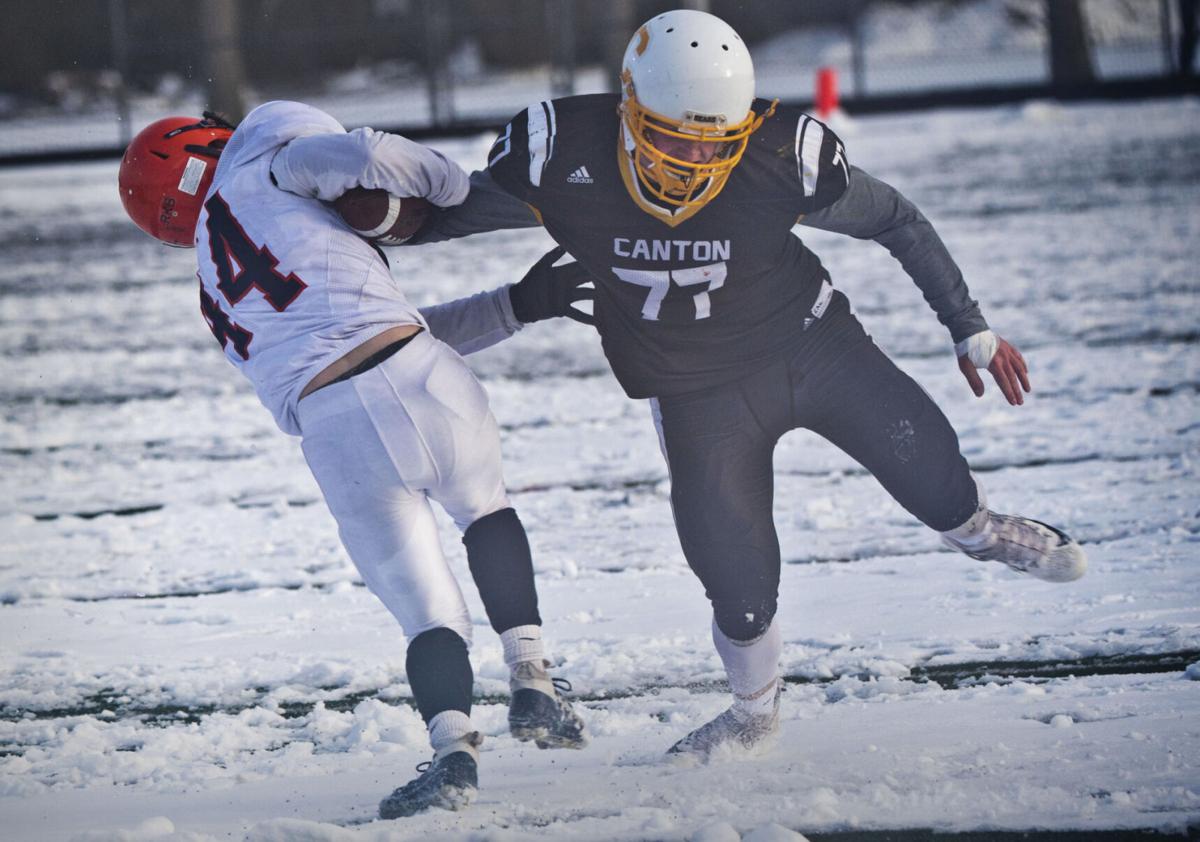 Potsdam’s Tyler Scott, right, tries to grab Canton’s Daniel Mahoney as he runs with the ball during the first half of Wednesday’s game in Potsdam. Christopher Lenney/Watertown Daily Times

POTSDAM — Zach VanBrocklin scored three touchdowns in the second half as Canton’s football team pulled away to defeat Potsdam, 38-12, on Wednesday.

Logan McCargar led the Sandstoners (1-1), rushing for 173 yards on 23 carries and scoring the first touchdown of the game on a 52-yard run. Bobby Voss threw a touchdown pass and rushed for 94 yards on 22 carries for Potsdam.

Franchesca Cartaya and Rebecca Lantier each recorded four first-place swims as the Vikings wrapped up their season with a win over the Warriors.

Alexa Doe ran a time of 12 minutes, 54 seconds on the two-mile course to take first place as the Spartans topped the Cyclones on Tuesday in Adams.

Ella Valentine was the top Watertown (0-4) runner with a third-place showing.

Spencer Purvis turned in a time of 14:05 on a two-mile course as the Spartans beat the Cyclones on Tuesday in Adams.