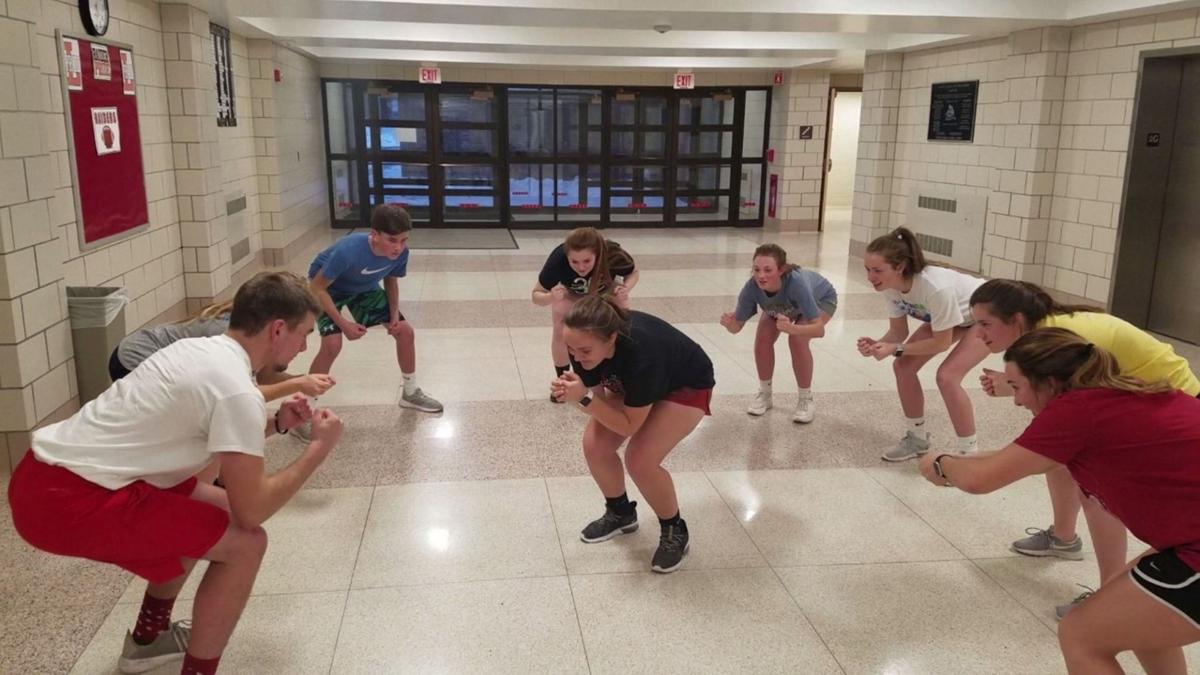 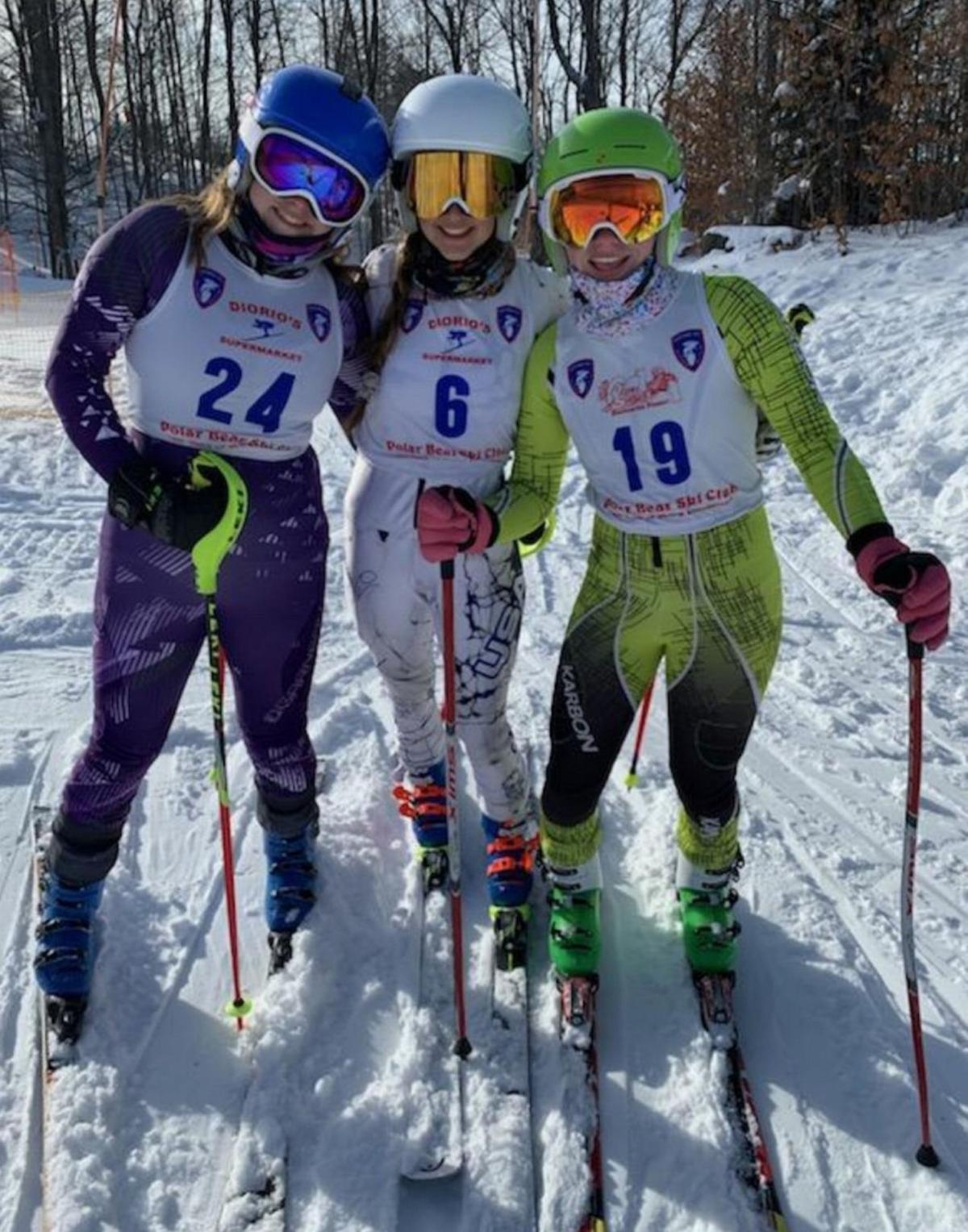 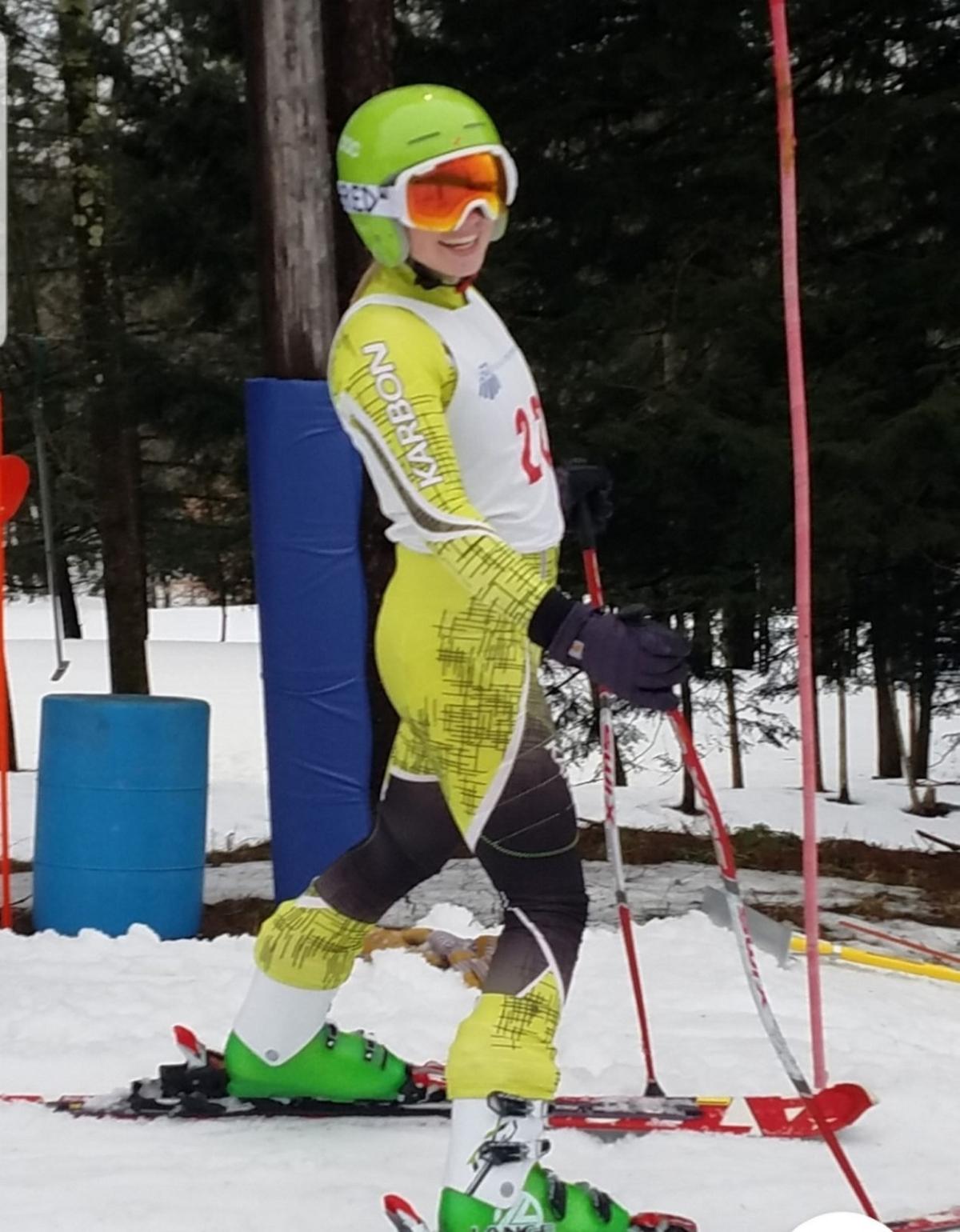 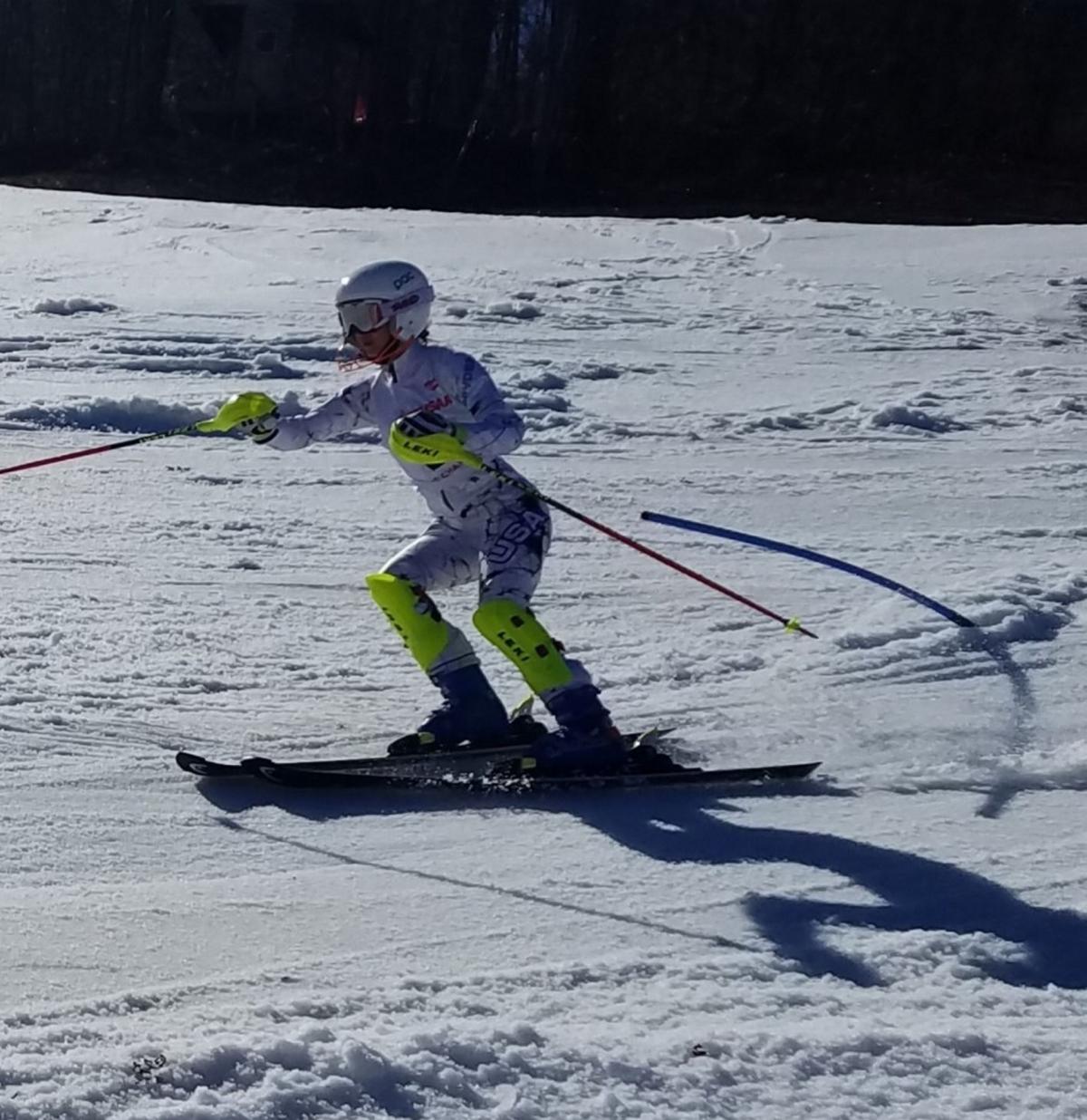 The Lowville and South Lewis ski teams hit the ski slopes in earnest for the first competition of the season Wednesday.

Skiers and ski resorts have had to contend with warmer weather in the new year and the home venue for both teams, Snow Ridge in Turin, closed this weekend due to rain and warmer conditions.

But the only two ski teams from the Frontier League, now that they have one meet completed, remain hopeful for next week’s second event Thursday at the Mc Cauley Mountain Ski Center in Old Forge. Both teams field boys and girls squads.

“South Lewis and Lowville have always worked together, the coaches, I’m so close with South Lewis’ coaches, we coach together and practice together quite often,” said Lowville ski coach Matt Macaulay, who previously coached South Lewis’ ski team. “So it was kind of a seamless transition when I got here, I knew most of the kids on the team already.”

“We do a lot to help each other out at practices, like setting up the gates, since we both practice on the same hill at Snow Ridge,” South Lewis ski coach Tammy Lohr said. “It’s a great relationship.”

Both teams opened their seasons Wednesday at Woods Valley Ski Area in Westernville north of Rome, which is Holland Patent’s home course.

“It’s kind of a neat sport because of the combination we have here,” Macaulay said. “I’ve got some skiers who have skied their whole life and we’ve got kids who have literally never skied before and want to try skiing and come out for the ski team. It’s kind of a unique sport to coach, with the different talent levels and the different goals each individual kid has.”

All Section 3 teams, including Lowville and South Lewis, compete in alpine racing throughout the season.

“We do two different disciplines, we do slalom and giant slalom, and it’s basically getting through the course as fast as you can,” Macaulay said. “It’s all downhill, Nordic is the cross-country stuff and we don’t deal with that.”

Macaulay continued about the two disciplines: “Slalom is when you have the single pole and the gates are closer together, so it requires a lot more turning and usually less speed because its harder to pick up speed when you’re turning so much.

“And giant slalom is where you have double poles with the flag and it’s more of a speed race where you’re making bigger turns and carrying more speed.”

Lohr explained: “They all race together, but the times are computed separately from girls and boys.”

Lowville’s ski program dates back to the late 1990s, when it was started by current Red Raiders girls soccer coach Leo Sammon, as well as Ron Gingerich, according to Macaulay.

Macaulay is in his 11th season of coaching the Lowville team after he coached South Lewis’ team for about a decade.

“We’re excited and we know we’re going to be able to compete,” Macaulay said of this year’s Red Raiders team. “And they’re going to have some pretty good success.”

Last season, Lowville’s Angelica DeGuardia won a Section 3 championship as a sophomore and advanced to the state championship meet.

“Angelica’s back and is expected to be probably the top female skier in our section,” Macaulay said. “She’s an athlete, she knows more about ski racing than I do. So my job as her coach is to stay out of her way and let her do what she does because she’s a phenomenal skier and has had some just outstanding training by a variety of coaches. She’s just had some great experiences that have made her a phenomenal skier.”

Other skiers also returning to the Lowville team are senior Rachel VanBuren and junior Isabelle Lovenduski.

“You’ve got that one level of kids that are really competing for a sectional title. But I’ve got some kids, like Rachel Van Buren who has been with us since like seventh or eighth grade,” Macaulay said. “That’s what I like about it being an individual sport, I always tell the kids you’re going to get out of it what you put into it.”

This year, Lowville’s boys team is comprised of only one skier, Jared Beyer, after five skiers from the team graduated last season.

DeGuardia’s younger brother Dominic, who finished second overall at the Section 3 championships last year as an eighth grader, won’t compete on the Lowville team as he’s training with a youth program at Whiteface Mountain.

Lohr is now in her fifth season as ski coach at South Lewis.

“I’m excited and we’ve got an assistant coach Rob Domagala who’s coached for the Snow Ridge ski team for a number of years,” Lohr said. “So I’ve got another person who is very good at teaching them how to prepare for a ski race and how to prepare to get through the gates and stuff. So he has a lot more knowledge he can to give them.”

The Falcons’ squad for this campaign consists of 12 skiers, including nine boys and three girls.

“This year we have more children on the team since I became coach of the team,” Lohr said. “And we didn’t have the program two years prior to that.”

All five of her children have skied competitively over the years for South Lewis, including most recently, her youngest son Elijah, who is a senior this year.

Elijah Lohr and teammate Caleb Oeschger have been on the Falcons’ ski team since the eighth grade.

“We do have two (boys) skiers that have been with me right from the beginning who are seniors now,” Lohr said of Elijah and Oeschger. “They drew a bunch of seniors to the team from the boys side.”

Sophomore Aubree Domagala returns to the girls team after taking a year off from scholastic skiing at the school.

South Lewis won a Section 3 boys team championship in 2004 and Lohr’s son Tyler McDonald was on that team.

“I’m glad that the opportunity exists for the children that want to ski,” Lohr said. “Because Snow Ridge is just around the corner. It was sad that we couldn’t form a team before to use the hill.”

Both the Lowville and South Lewis teams will get to compete in a nonleague meet at Whiteface Mountain near Lake Placid — which hosted the 1932 and 1980 Winter Olympic Games — Tuesday, Jan. 28.

Lowville will also travel to Whiteface again for competition on Monday, Feb. 10.

“It’s a great experience,” Macaulay said. “That’s kind of the highlight of our season. We go and stay overnight right at the Crown Plaza Hotel. Being in a town like Lake Placid and getting to go to a mountain like Whiteface is a pretty cool opportunity for a lot of our kids.”

After the regular season wraps up in early February, Snow Ridge will host the Section 3 championships on Monday, Feb. 12.

Both Lowville and South Lewis ski teams began indoor conditioning in November and moved to outdoor practices in December at Snow Ridge when snow conditions were favorable.

“We were fortunate enough to get out in the snow a little bit before Christmas break, at the beginning of the break there was some snow, but the weather kind of went south at the end of the break,” Macaulay said. “Sometimes you just have to try and make the best of it.”

Both Macaulay and Lohr hope that team members will go on to enjoy a lifetime of skiing.

“I love it. And my sons (Aidan and Gavin) are basketball players and I can’t get them on the hill because they’re not allowed to,” Macaulay said. “And for the kids that do ski, I always remind them ‘this you can do for the rest of your life.’ Skiing is something I still get to do, I still get to participate in practice with the kids. So it’s just a great lifetime activity and that’s why I love coaching it.”