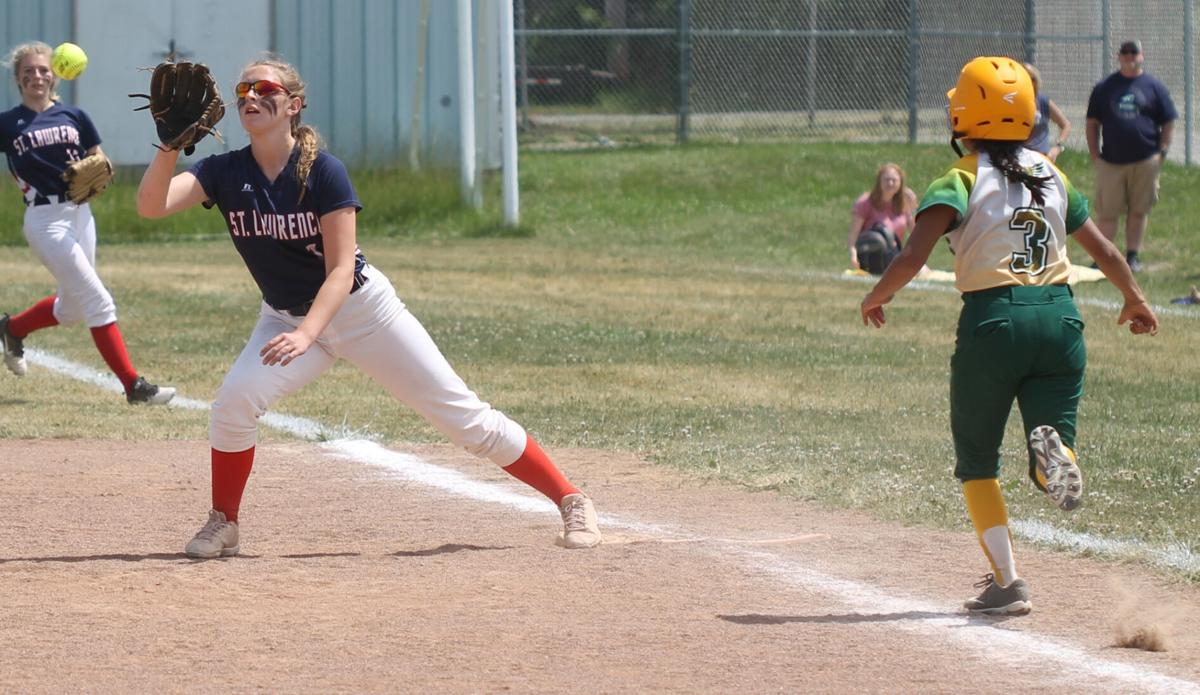 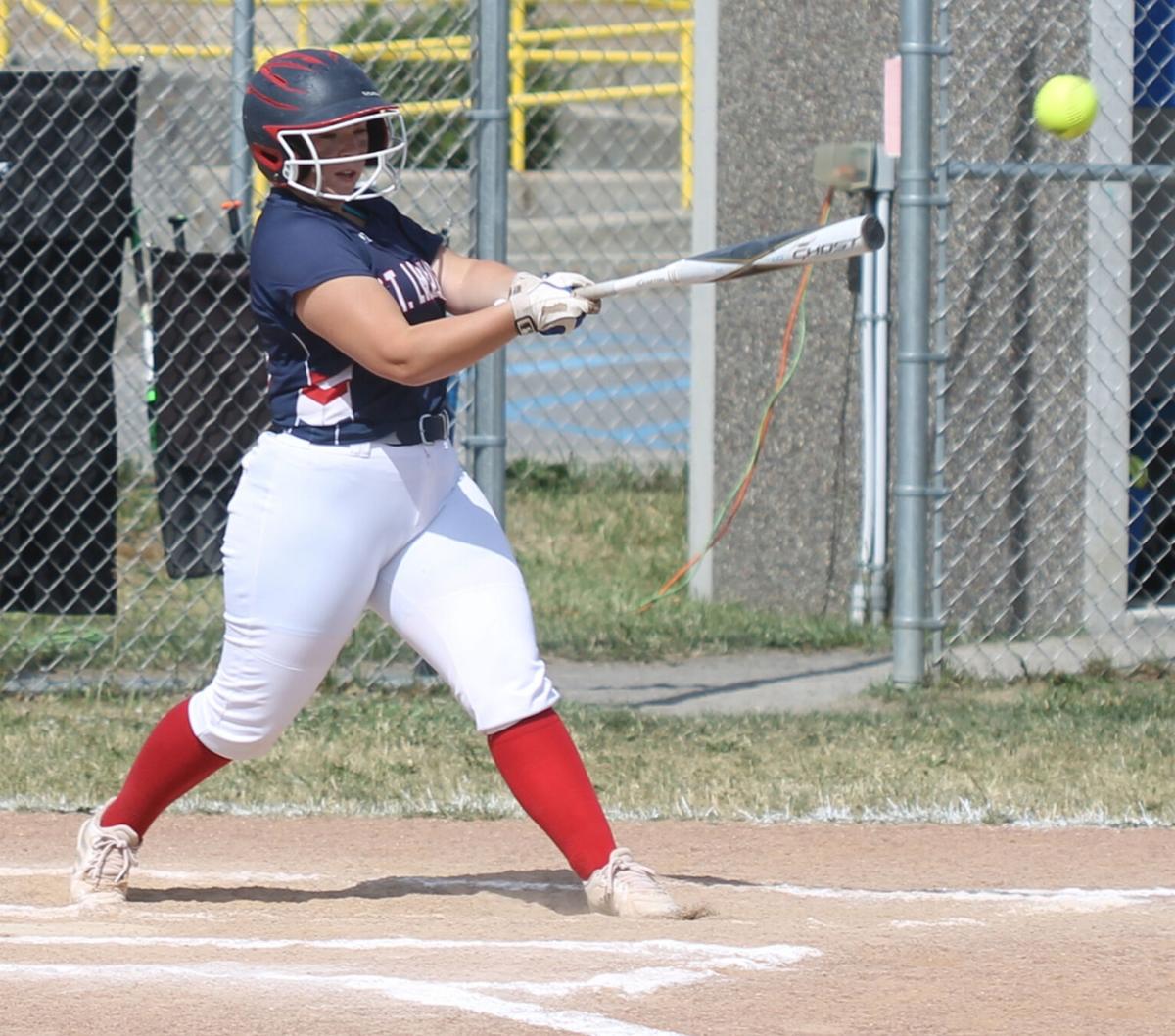 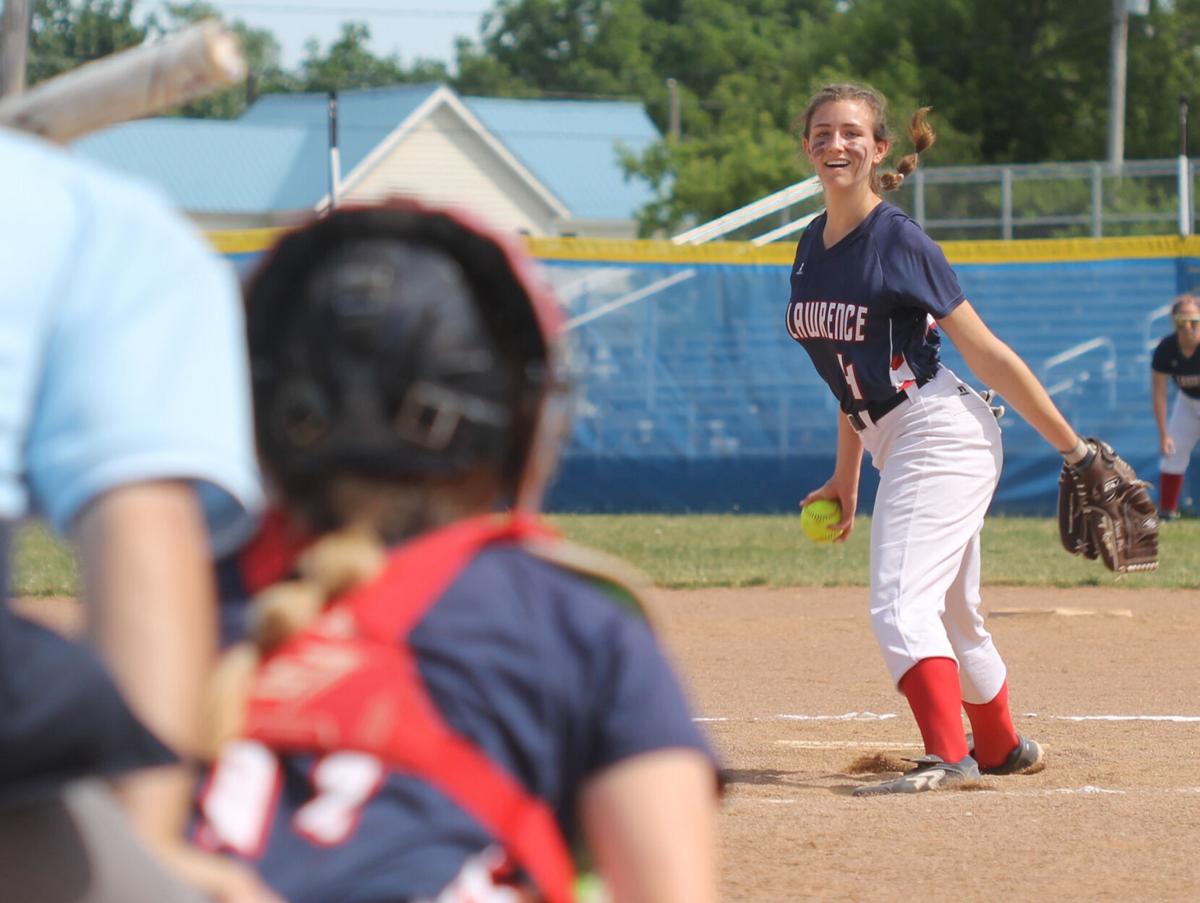 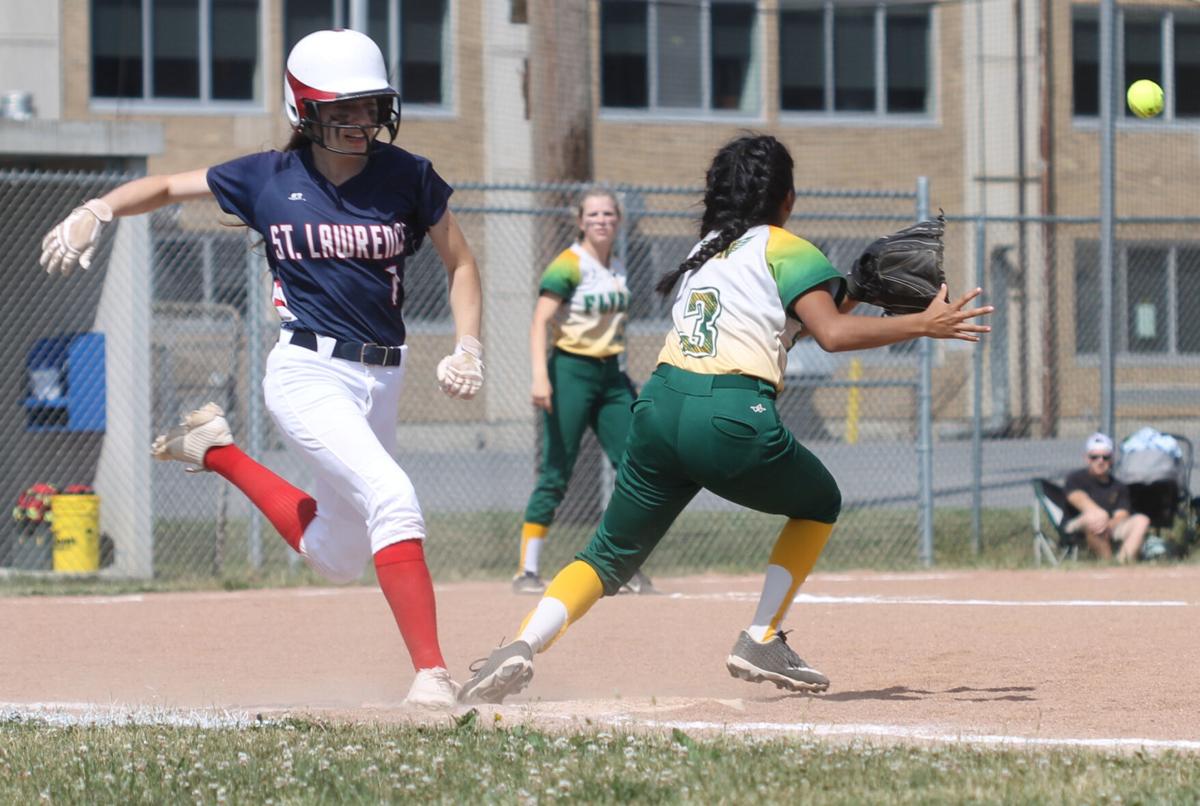 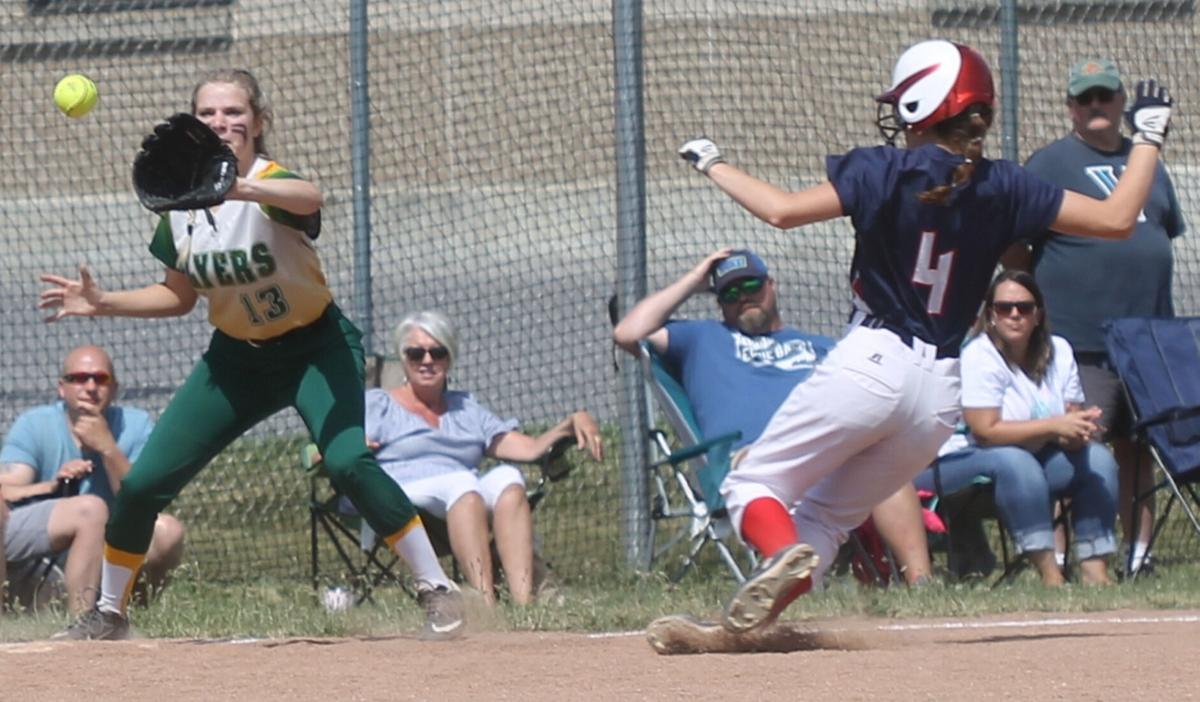 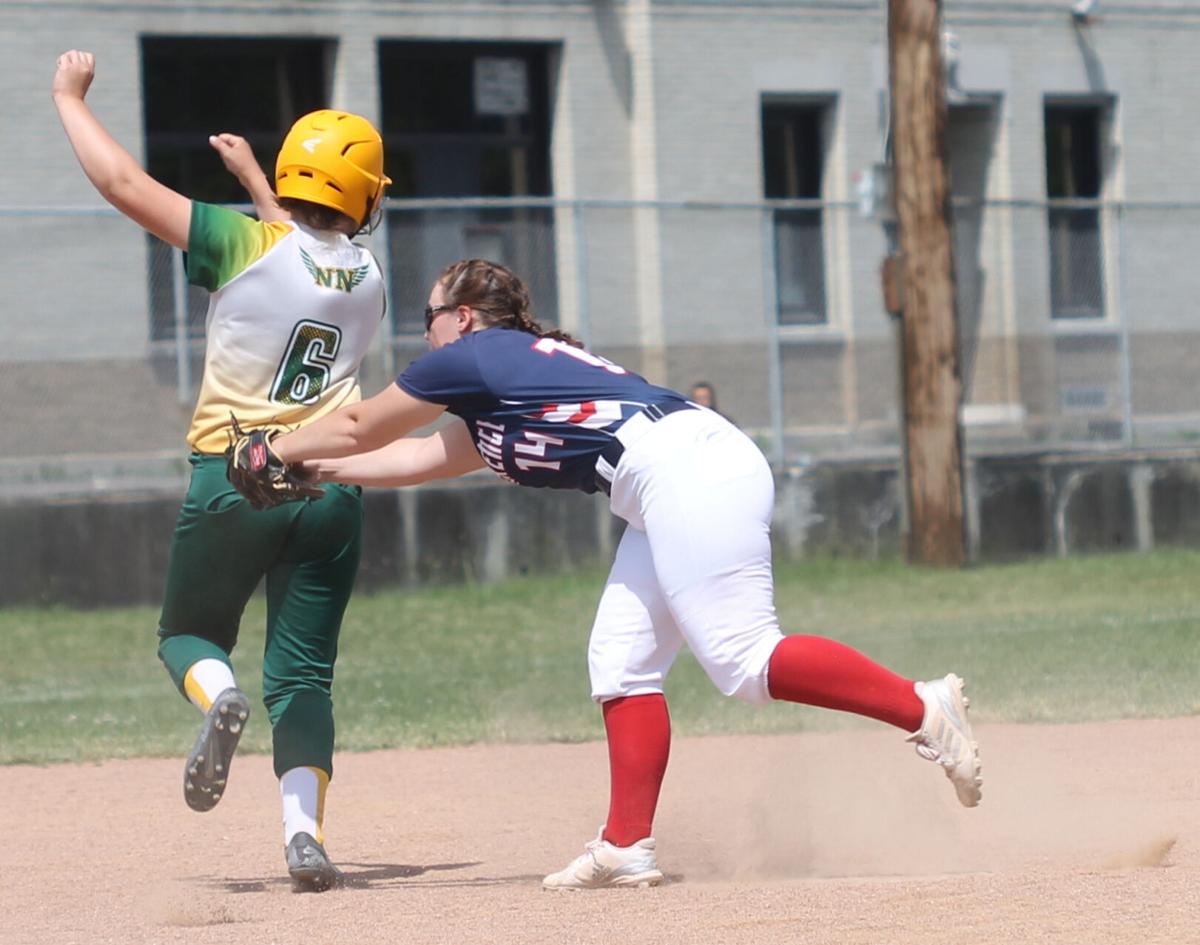 OGDENSBURG — The St. Lawrence Central varsity softball team made up for lost time on Saturday.

“Last year would have been a nice growth year for us. We had a lot of younger players coming up but we didn’t have a season because of COVID and that put us back a little,” said coach Tim Brown after his team outscored top-seeded Norwood-Norfolk 9-1 in the Section 10 Class C Championship game at OFA.

“Our goal every year is to improve for the end of the season when the games mean the most and no question this team showed a lot of improvement right across the board. We have a very young team and we got off to a tough start against Canton but we’ve got a pretty good tradition going here. Our players are aware of it and they want to maintain it,” he added. “It’s always a nice feeling to win this game.”

The Larries (10-7) advance to the first Section 10 Overall softball tournament scheduled in 30 years and will travel to top-seeded Class B champion Canton on Tuesday. The other semifinal round matchup has Class A champion Massena traveling to Class D champion Hammond. The championship game is slated for Wednesday at a site to be determined. All three games are scheduled to start at 5 p.m.

In Saturday’s win over the Flyers (13-5), the Larries jumped out to a 4-0 lead in the first inning then took full control with another four-run outburst in the fourth before trading solo runs the rest of the way.

“St. Lawrence came ready to put the bat on the ball today,” said Norwood-Norfolk coach Becky Byrns. “We play in the East Division and they play in the Central so they probably saw better pitching more often than we did and I think that played a role.”

“We had a very young team this year. We did win our league and we showed a lot of improvement. St. Lawrence came in and took care of business today but it’s still a good experience for us to make it to this game.”

Sophomore Hannah Agans went the distance for the win, striking out four and walking three while scattering four singles. She also made lead contributions at the plate in delivering an RBI-double and scoring three times.

“Our softball has won a lot of championships and I’ve witnessed quite a few. This was something I wanted to be part of for myself,” said Agans, one of five sophomores who filled starting roles for SLC.

“We’re always pushing each other to get better because of all those championships,” she added. “It feels great.”

Batting seventh in the lineup, junior Danaye Ramsdell also rose to the occasion, connecting for three hits, including a two-out, two-run single that pushed the early lead to 4-0. Sophomore Hannah Henry then drove in senior Christy Smith with the fourth run. Sophomore Rylee Daoust had provided a quick spark when she led-off with a bunt single, stole second then eventually scored the opening run on a wild pitch.

“Rylee has been doing that for us all year,” Brown said.

Norwood-Norfolk junior Madison Weaver went the distance in taking the loss. She fanned seven and walked two and hit three batters. Offensively, junior Kylee Kellison singled and scored the lone run in the fifth inning when senior Shelby Vallance grounded into a fielder’s choice. KJ Belmore, Isabel Boyd and Annabell Smith-Goolden had the other N-N hits.

Hammond pushed across two runs in the top of the ninth inning and pitcher Sydney Tanner closed out the victory on a game-ending double play as the Red Devils snapped the Heuvelton Bulldogs’ 13-game winning streak for the title at Ogdensburg.

Hammond came out swinging against Heuvelton and rifled line drives from all angles in the first inning, exploiting two errors to score three runs on singles by Hailey Cunningham and Avery Kenyon. The Devils’ quick start continued through three innings where the lead swelled to 7-0.

“Winning this game meant everything to us because we had great teams in soccer and basketball but there was no sectionals. Our hitting was amazing tonight and we just kept battling and everyone stayed totally positive,” said Avery Kenyon, who drilled two singles and a double and snuffed out a Heuvelton threat in the first inning with a diving catch and then doubled a runner off first base.

“Heuvelton is a great team with a great coach and they just kept coming back.”

The Bulldogs staged a rally and pulled into an 8-8 tie with two runs each in the third fourth, fifth and seventh innings, while Ally Trathen pitched four scoreless innings in relief. The comeback climaxed in the seventh inning as the Bulldogs tied the score when Chasity Johnson and Molly Williams drilled back-to-back ground-rule doubles and Amber Cunningham stroked an RBI single.

Hammond hurler Sydney Tanner stranded the potential winning run and pitched out of serious jeopardy in the eighth where Alyvia Crosby handled a tough chance at third base with the winning run at third.

In the top of the ninth, Kenyon stroked a leadoff single, Crosby reached on a fielders choice, Kenyon scored on a wild pitch and Crosby raced home on a groundout RBI by Ava Howie.

“This was a great win. They had errors early in the game and we had errors late in the game but we were able to win it with defense,” said Hammond coach Katina Dillon.

Said Heuvelton coach Eliza Pierce: “I’m really proud of the way the girls battled back today when we were down. They dug deep and stayed mentally focused. We were able to tie it up but fell just short in the end. Hammond played a hard game all the way through.”