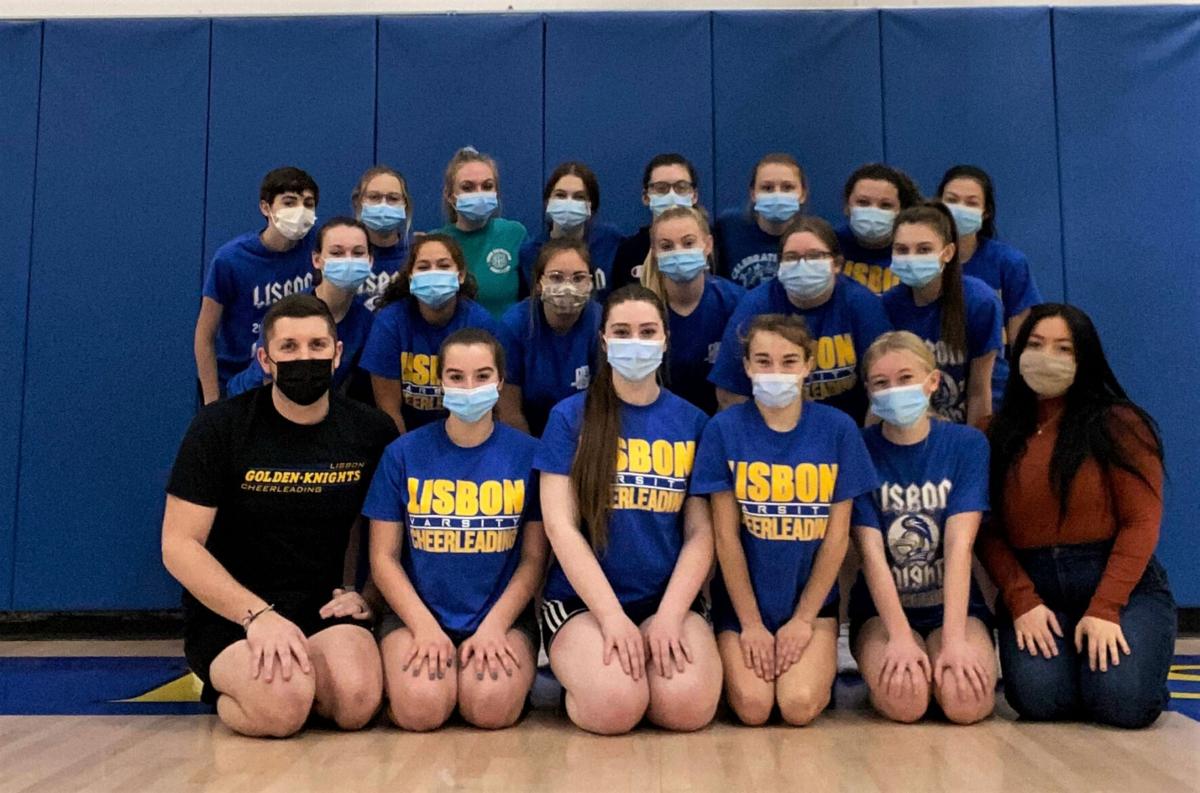 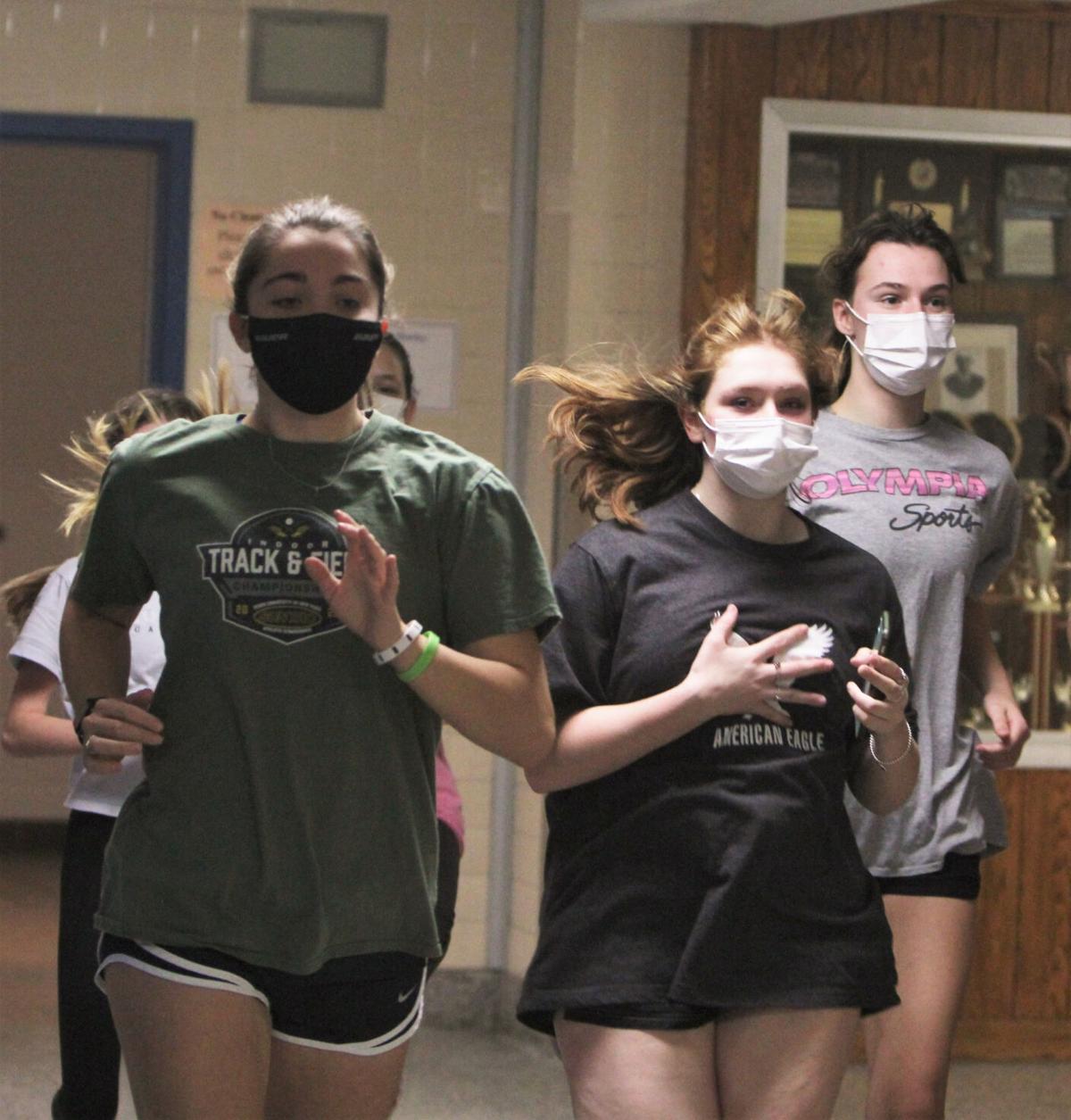 The continuing COVID-19 pandemic will have something to say about that, but for now the winter teams are on track to do what the fall squads did successfully, play from start to finish.

The concern, along with the recent rise in coronavirus cases in the north country, is that sports teams are moving inside for the winter. Virtually all area schools are requiring spectators to wear masks during games and some are limiting the number of spectators.

The Beaver River Central school district recently posted spectator protocols for most of the Frontier League schools ahead of the winter season. While some, like Indian River and South Jefferson, stated that policies vary from team to team and that they will issue guidelines to respective teams, others have protocols in place.

Carthage, IHC, Sandy Creek and South Lewis will place no limit on spectators but requiring masking. The same goes for Beaver River and Copenhagen, however there will be specific sections for students and visiting spectators.

In all cases, masking is required for spectators.

The protocols, along with viewer streaming options can be found at: http://wdt.me/WinterProtocols. Spectators can expect revisions and updates to policies as coronavirus rates change.

The winter scene is more complicated than this past fall and even last spring as teams enjoyed the freedom of outdoors. But all one needs to do is look back at last winter, when sports were divided into high- medium- and low-risk, and when basketball, hockey and volleyball were pushed back repeatedly and restricted to a few games in the late winter. Some sports, like wrestling, didn’t manage anything more than scrimmages, and spectators were even more limited.

And there are more hopeful signs in the Northern Athletic Conference this winter.

In the recently completed fall sports season in Section 10, teams and athletes from all sports overcame sporadic COVID-19 quarantines to make major strides back to normalcy. Athletes and fans shared the excitement of full-size crowds for events in all sports from the regular season to the state playoffs and championships.

As the winter season begins, all sports are scheduled to have full Northern Athletic Conference seasons, followed by Section 10 and State Championships.

Athletes in the sports of indoor track and field and competitive cheerleading are among the most excited.

Because college facilities were closed down by the pandemic last winter, indoor track and field meets could not be held.

COVID-19 protocol also reduced the competitive cheering season to a Section 10 meet hosted by Lisbon, which involved only five schools.

With the ever-present addendum of “barring any unforeseen circumstances,” NAC indoor meets will return to the Newell Fieldhouse at the St. Lawrence University campus and competitive cheerleading will once again have regular season competitions and a Section 10 Championship.

Following a successful season for the only indoor sport of the fall, girls volleyball, all systems are a go for basketball, wrestling and hockey at all levels. With the stipulation that athletes, officials, coaches, fans and supervisors wear a mask appropriately at all times, said Section 10 Athletic Coordinator Carl Normandin.

“We no longer have designations for low, moderate or high risk sports. There are just indoor sports and outdoor sports. And everyone involved indoor sports has to wear a mask,” he said.

The start of the indoor track and field season will be announced as soon as arrangements are completed with St. Lawrence University.

“We plan to hold the indoor track and field meets at St. Lawrence University and we are working on the logistics now. We are working together on a safety plan in terms of number of athletes involved and the number spectators allowed,” Normandin said.

Plans are also in motion to hold a series of modified meets on Saturday mornings at SUNY Canton.

Ogdensburg Free Academy indoor and outdoor coach John Tebo stressed the importance of an indoor season in the overall spectrum of the sport.

“I am so happy that we will have an indoor season again. Last year the athletes lost so many hours of training and meet experience,” Tebo said. “Our athletes are excited to have a season and the big thing for the athletes is to get used to practicing and competing with masks on.

“Last spring in outdoor track and field athletes were able to compete without masks. But they have done it in other sports.”

The competitive cheerleading season includes meets hosted by OFA (Jan. 30), Lisbon (Feb. 18) and Edwards-Knox (TBA), one pre-sectional meet and the Section 10 Championships, which have been held at SUNY Potsdam in recent years.

“We are planning to host the cheerleading competition at SUNY Potsdam again. But our schedule will depend on the college and when the facilities are available to us,” Normandin.

“If SUNY Potsdam is not available we could use SUNY Canton if its fieldhouse is available or at a high school gym.”

Lisbon Central and OFA have been at the forefront of competitive cheerleading long before it became an official interscholastic New York State Public High School Athletic Association sport.

Lisbon coach Jordan Woodside says that the level of excitement in both the Golden Knights varsity and junior varsity teams is electric.

“Our teams are so excited to be able to perform before crowds again. Everyone is working very hard. We are looking forward to the competitions, the sectionals and the chance to get back to the state meet, which will be held at RIT,” said Woodside, who is assisted by the school’s modified coach MacKenzie Church and assistant coach Emily Jimenez.

“We had tryouts but we decided to keep all 19. Both our varsity and modified teams will be co-ed this season and we are excited about that.

Both teams have one boy and we hope that will encourage other boys to compete,” Woodside said.

The Lisbon coaches have once-a-week open gym sessions during the spring and fall months.

“We did everything we could to keep the cheerleaders active and give them a chance to work on their skills. Having just a small season was very tough,” Woodside said. “We are also excited to be back cheering and getting our routines ready for basketball games.”

OFA will perform with a 14-cheerleader roster according to coach Torie Peabody and believes her team will be very competitive in the small team ranks.

“We will be competing as a small team for the first time,” she said. “We do well. All but one of our cheerleaders has cheered in the past.”

Heading toward a new basketball season, Normandin stressed that a shortage of officials is expected to cause a reshuffling of the normal scheduling for boys and girls varsity, JV and modified basketball.

“It happened in soccer and it will most likely happen in basketball. There may be dates when we just won’t be able to cover all of the games,” he said.

“There will be games throughout the week and on Saturdays and maybe Sundays. But we are excited to have all the seasons going and to bring the sectional tournaments back. We are thankful to the colleges that we can use their facilities we plan to use the venues we have used in the past: SUNY Potsdam and SUNY Canton for basketball, Clarkson for hockey and SLU for track and field.”

One team extremely excited for the new season, according to their coach, is Heuvelton girls basketball which played in the first games of the season at the Saranac Central Tournament.

“We have a very athletic team and the girls have played a lot in the offseason. We played a lot in the summer, we played in the JCC League and we scrimmaged with the Fury team at SUNY Canton,” said coach Rob Powers, who led Heuvelton three straight New York State Class D titles.