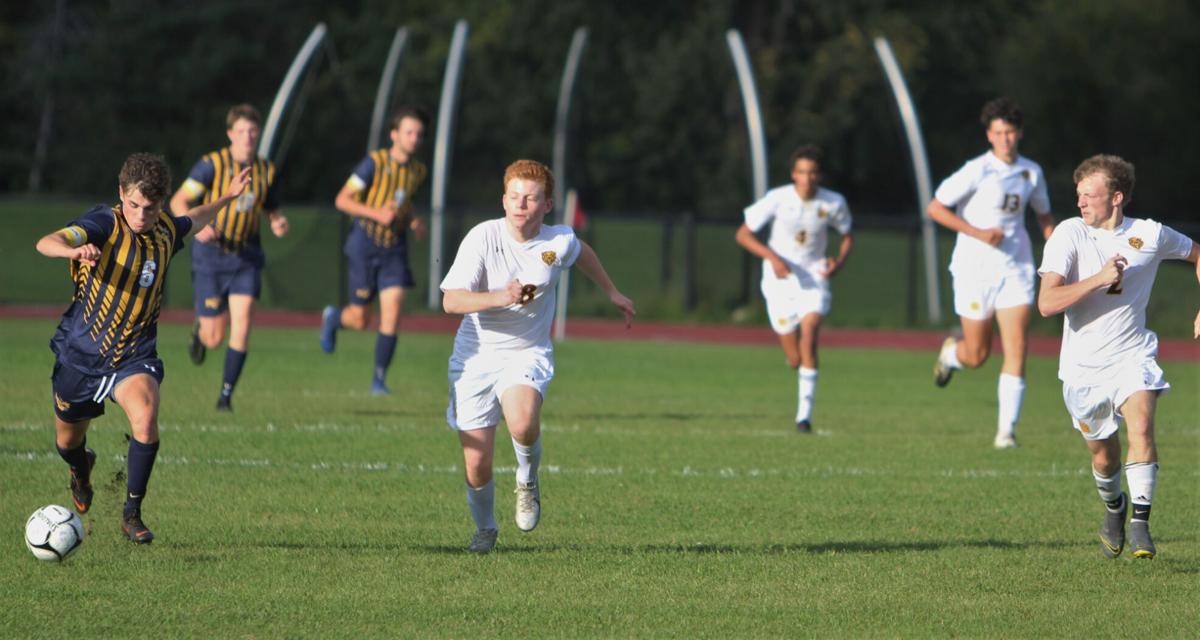 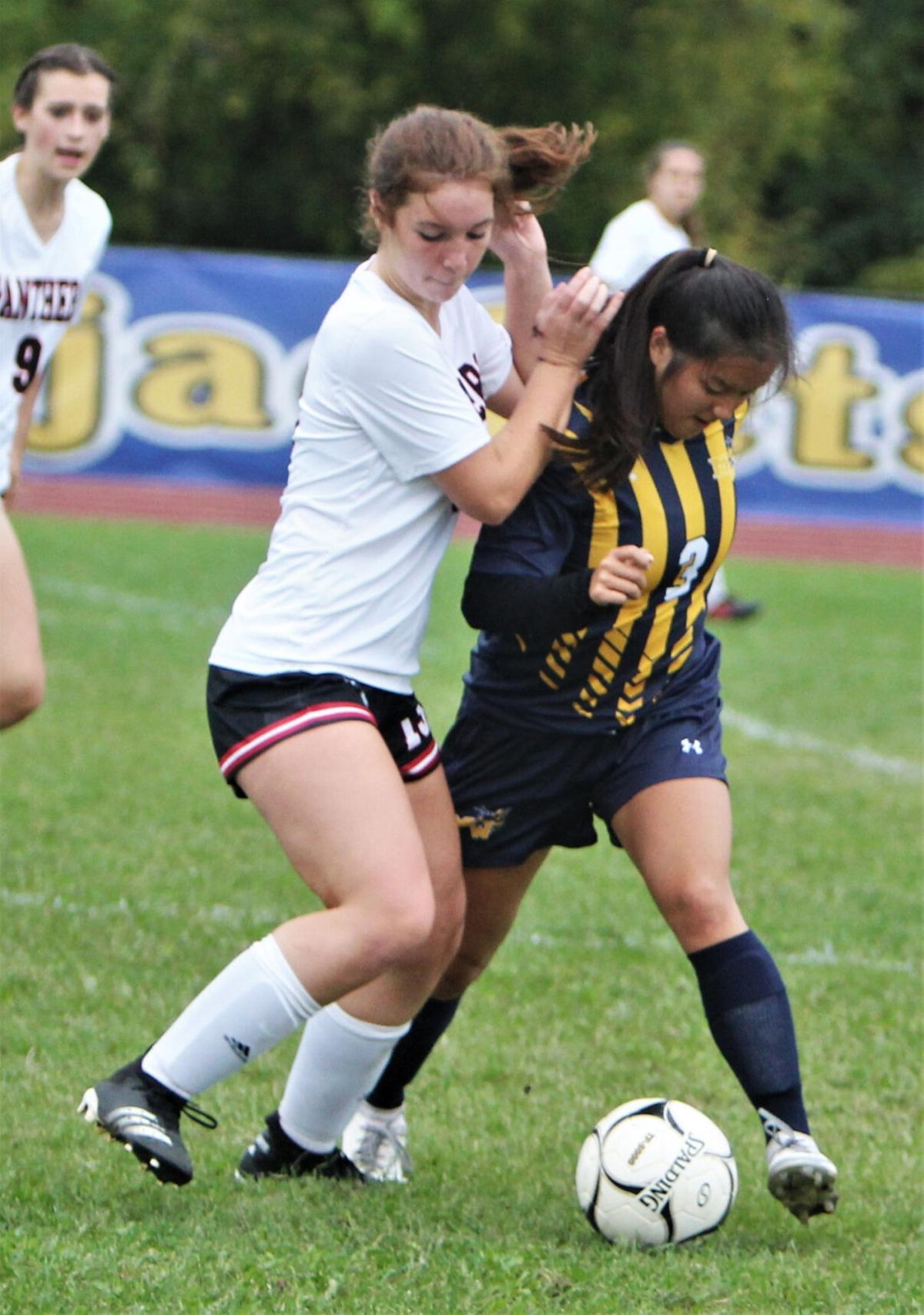 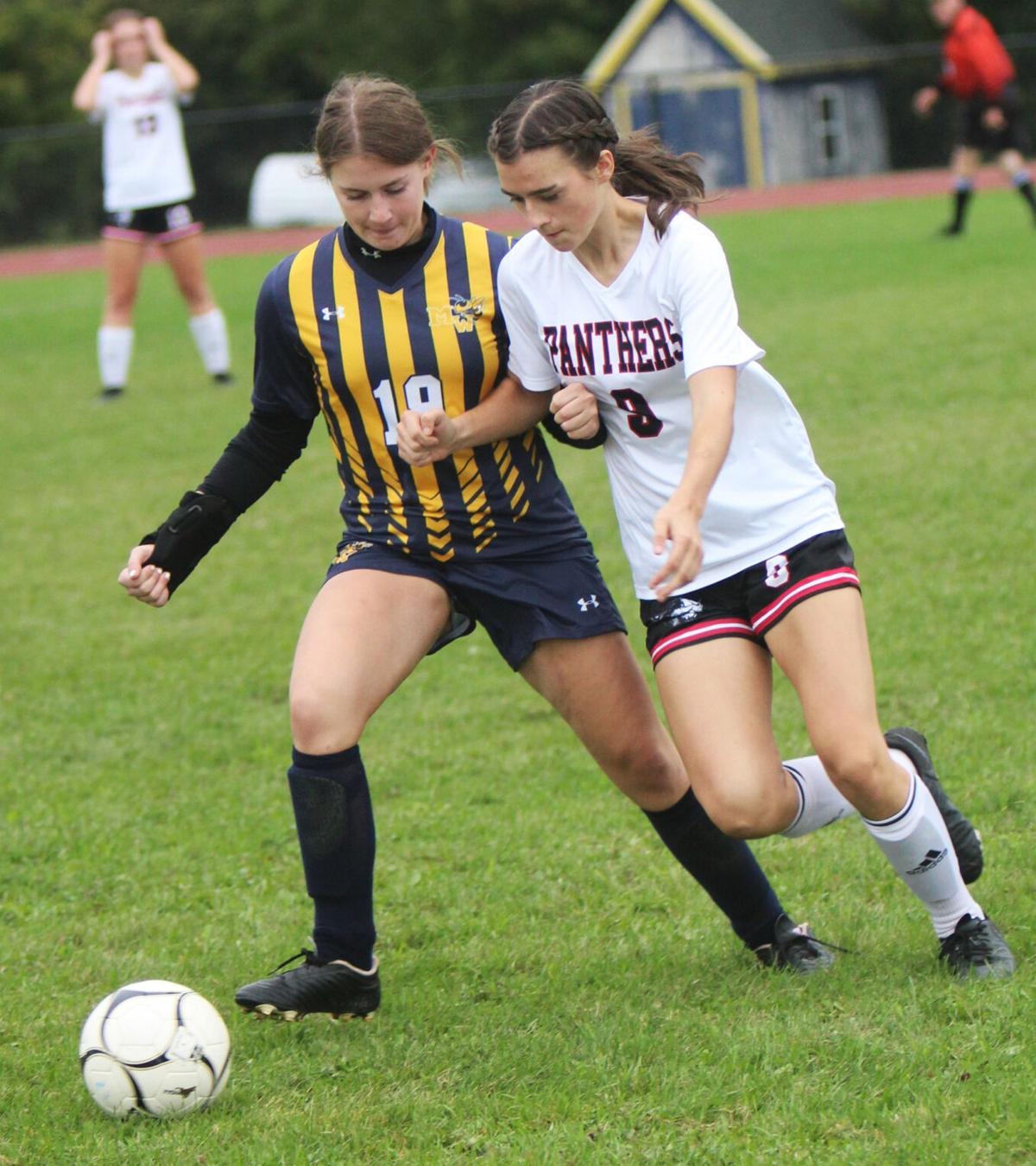 The Madrid-Waddington Boys and Girls Soccer teams continued their unbeaten streaks in a double header on a rainy Saturday morning of Dan Rose Memorial Weekend.

The M-W Girls returned to NAC East action on Monday but saw their win streak derailed in a 2-0 loss to Brushton-Moira.

B-M 2 - M-W 0: The Panthers (5-3-1) scored two second half goals to reverse an early season loss to the Jackets who would meet division leaders in Colton-Pierrepont and Chateaugay in their next two games. Emma Russell scored in a scramble after a Panther shot rattled the crossbar in the ninth minute of the second half and Sarah Beachy controlled a blocked clear and scored on a break-away against M-W goaltender Alaina Armstrong (8 saves).

“We knew this would be a tough game today. We missed some chances and never got anything going in the second half,” said M-W Coach Justin Richards.

“They converted two good chances in the second half.”

Natalie Palmer made 12 saves for B-M.

“In our first game they got loose for a couple of break-aways and we knew that we couldn’t let that happen again. We did a good job defensively and we got a goal on a break-away,” said B-M Coach Bryan Phelan.

“The real contribution is the one they make to our school by offering scholarships every year to four senior recipients. The way this family has found a way to turn a tragedy in their family to a forever ongoing legacy to help others is monumental. They have lead by example and by practice that I stress to my players is to give back in any way possible,” said M-W Boys Soccer Coach Ryan Robinson.

“I believe the scholarships have or are approaching the $100,000 mark. The lives that they have impacted by past recipients is truly incredible. Whenever we play games on this weekend we represent our entire community, all the past players who have played and of course the Rose Family.”

On Friday the M-W Boys blanked Canton 3-0 and earlier in the week the Lady Jackets downed SLC 1-0 and Parishville-Hopkinton 4-3.

“We had a great game with Canton. We haven’t played in 6 days and it really showed. The veteran players really came together and settled us down. I was really proud of Graham Hill and Matt Reed. They really had to fight through some tremendous pressure from Canton. They put some really good runs at our defense tonight,” said M-W Coach Ryan Robinson.

“Jacob Morgan stood really tall and solid. I think he’s the best in the league and he has really good team mates in front of him. He is there when we need him and he just keeps making our defense and team better everyday. I need to give credit to Canton Coach Matt Caufield, he was down a couple of starters today and they just played hard for each other. I thought their keeper made some great saves and was active in the box. He finished with 17 saves.”

M-W 1, St. Lawrence Central 0: Hailee Blair broke through for the only goal of the game 26 minutes into the second half to lift the Lady Yellow Jackets (6-1) past a staunch effort by the Lady Larries (5-4, 4-4).

Alaina Armstrong made 11 saves to earn the shutout while Kalissa Young had seven stops four SLC.

Blair set up Lane Ruddy for a first half goal for M-W which stayed in the thick of the NAC East race. MacWilliams scored her second goal of the game for P-H in the second half but the Jackets answered with two Hailee Blair goals from Grace Plumley and a game-winner by Hailey Marcellus off a Lane Ruddy cross.