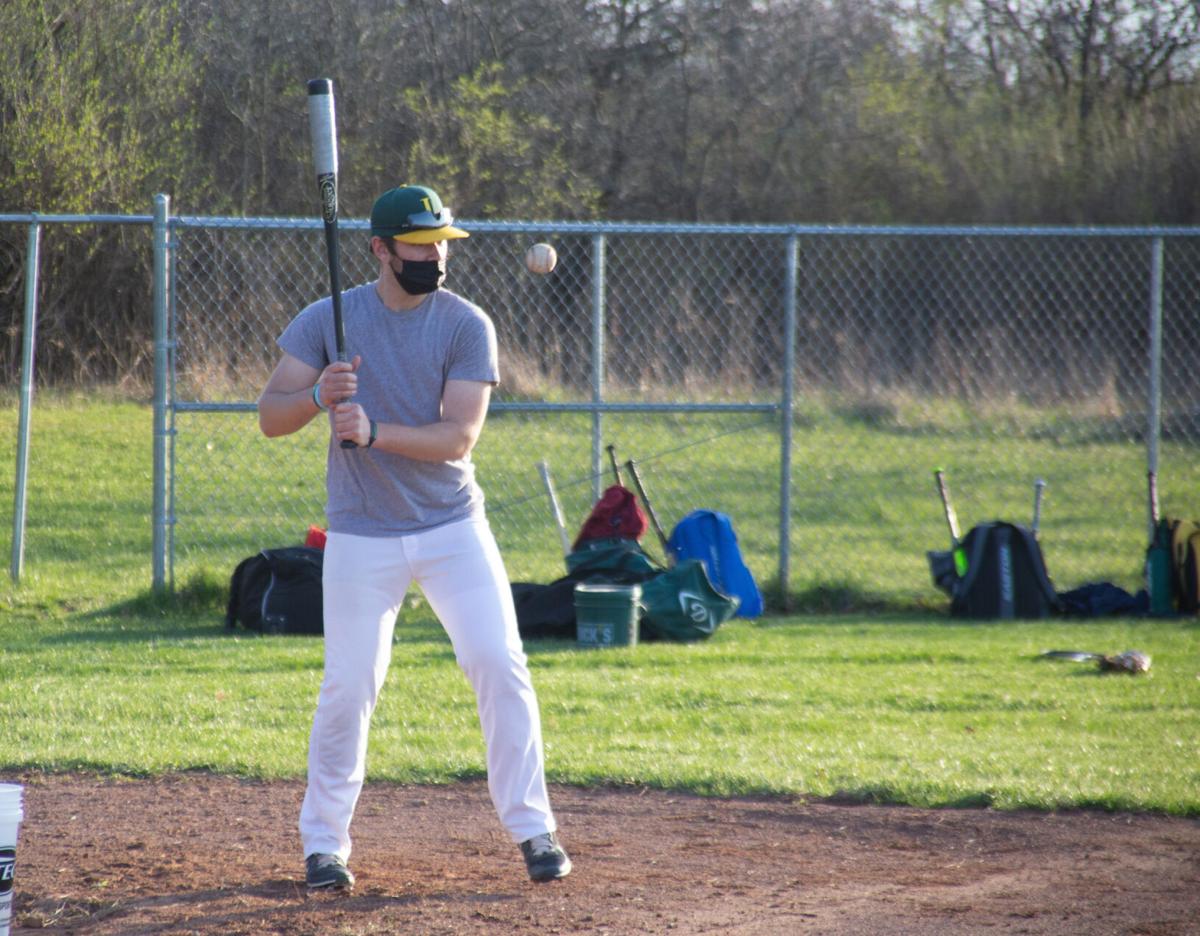 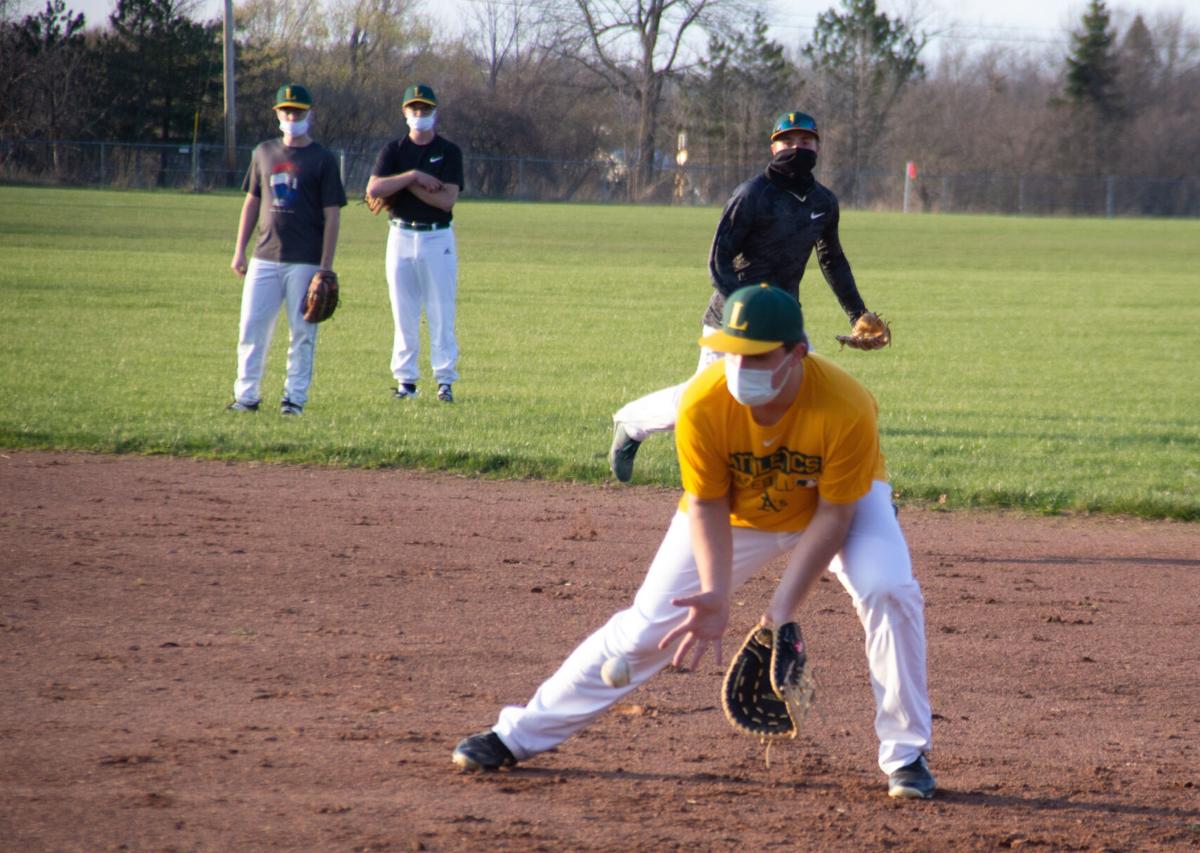 CHAUMONT — Monday proved to be the perfect day for the spring sports season to begin for area high schools. At Lyme Central School, the Indians fielded ground balls on their home diamond, tucked away on Hart Street, just behind the main building.

It was a little buggy and a little brisk, but it was baseball, nonetheless.

With practice starting at 6 p.m., Lyme used the final hours of Monday’s daylight to participate in the school’s first official athletic activity in more than a year.

For 15 of the 17 Frontier League schools, the spring season is the final slate of sports whose 2020-21 seasons have been salvaged. But for Lyme and Alexandria, it marks the end of a year-long hiatus from athletic competition. That hiatus began as a state mandate in order to halt the spread of COVID-19, but continued at a district level once high-, moderate- and low-risk sports were authorized by the state.

Lyme outlined its decision not to participate in winter and “fall sports 2” athletics in a Feb. 1 letter to the community. In that letter, superintendent Cammy Morrison cited “building capacity,” as the greatest obstacle standing in the way of the school and athletics.

Senior Tyler Wilson stood at first base Monday fielding ground balls and receiving throws from all around the diamond, fighting off the sun as it set behind left field. His yellow-and-green “Oakland Athletics” T-shirt matched yellow and green Lyme cap. Wilson never got his senior season of basketball, a sport he’s excelled at for many years, so he’s grateful to have a senior season of baseball.

“It definitely feels good to be able to get on the field and play with my teammates one last time before we graduate,” Wilson said.

Wilson was surprised but happy when he heard that Lyme would be participating in spring sports. For two months he had to watch from afar as schools throughout the region competed in basketball and soccer.

Last season, he, like every spring athlete in the state, dealt with the sting of having a season canceled. In Lyme’s case, the cancellation meant missing out on a potentially historic team.

“It was huge, missing last year was devastating,” Lyme coach Rob Goutremout said. “We actually had a team that could have went to states I think, there wasn’t one weak spot anywhere and it’s just a shame. It was kind of like the Lowville boys basketball team, they had a team that doesn’t come by every (year). So this is huge for us to just get out here; we’re happy with the schedule, it looks really good, to play the D schools and the C schools three times is great. We play more games this year than we have in any season, so it’s really good in that aspect.”

Lyme’s strength in the D Division will be centered on its starting rotation, which is led by juniors Derrike Goutremout and Michael Flyzik.

“I think we should do very well in D Division and we should stump up a couple C’s along the way,” Rob Goutremout said. “The freshman, Evan Froelich, is another one who is an oncoming pitcher. We have pretty good depth with pitching, we have three starters and two of other kids, Tyler Wilson can give me three and Dominick Sanford can give me three, to get us through maybe the lesser-skilled teams and hopefully go deep into the section.”

Without a team for two years, Goutremout is still in the process of figuring out exactly what he has in his 2021 squad. Catcher and outfield are going to be two of his primary focuses in the two weeks leading up to the season.

His starting rotation is solid and will be the least of his concerns. Both Derrike Goutremout and Flyzik were members of the Lyme team that made it the Section 3 Class D finals in 2019.

“It feels amazing, the last time I was on the field (for Lyme) we were in the sectional final game and we didn’t win and that hurt but I’m glad to be back out here,” Flyzik said. “And I think this group can go that far again this year.”

Aside from his fastball, Flyzik has a curveball, slider, changeup and a two-seamer in his arsenal. He describes his slider as “disgusting.”

“Trying to get a sharper break on that,” Flyzik said. “What I’m working on is trying to get the mechanics right and then pitch selection is a big thing for me. Trying to throw the right pitches in the right situation.”

Sitting at home while other schools were participating in winter and fall two sports has put a little bit of a chip on Lyme’s shoulders.

“Talking to all of my friends from other school districts, they’re wondering why we didn’t play and I couldn’t give them an answer, I didn’t know why,” Flyzik said. “Given the circumstance, it’s whatever, I’m glad that we can finally do stuff and everyone is safe and healthy. But we got something to prove, right?”

The loss of the 2020 season also has Lyme looking for some redemption.

“It hurt, because we had a really really good team, one of the best teams that we probably would have had in our school, and it got taken away,” Derrike Goutremout said. “Now we’re just fighting to get it back.”

Goutremout’s last start for Lyme was a stellar two-hit performance, where he shutout Brookfield, striking out eight in the Section 3 Class D semifinals. Two years removed from that performance, Goutremout will be much improved with a better fastball and a more effective curveball and changeup.

“Speed, I’m trying to get more speed on the ball,” Derrike Goutremout said. “Trying to hit 85 mph this year, hopefully.”

Roberts, who has years of experience coaching in Morristown, was set to take over as Alexandria’s varsity softball coach last spring. Finally being able to coach the Purple Ghosts, Roberts is just happy for the kids to have athletics back in their lives.

“I’m excited to just see the kids compete and get back to normal and this is what we have to do to get it back there,” Roberts said. “Some of these seniors play other sports and they haven’t had that opportunity this year. So to have them finish their senior year playing a sport, for me, is an accomplishment to get them to graduate and play at least one sport they were involved in.”

The spring season will culminate with a Section 3 tournament in early June. For the Frontier League, the season won’t look all that different from a typical year — the only thing missing will be a Frontier League tournament which will not take place. The spring is the closest thing area schools will get to a normal athletic season.

“Absolutely, starting Monday, it’s just going to feel normal,” Frontier League Assistant Director Scott Connell. “We’re going to practice, get ready to play, we know what our schedule is and are actually playing our normal games that we play.”