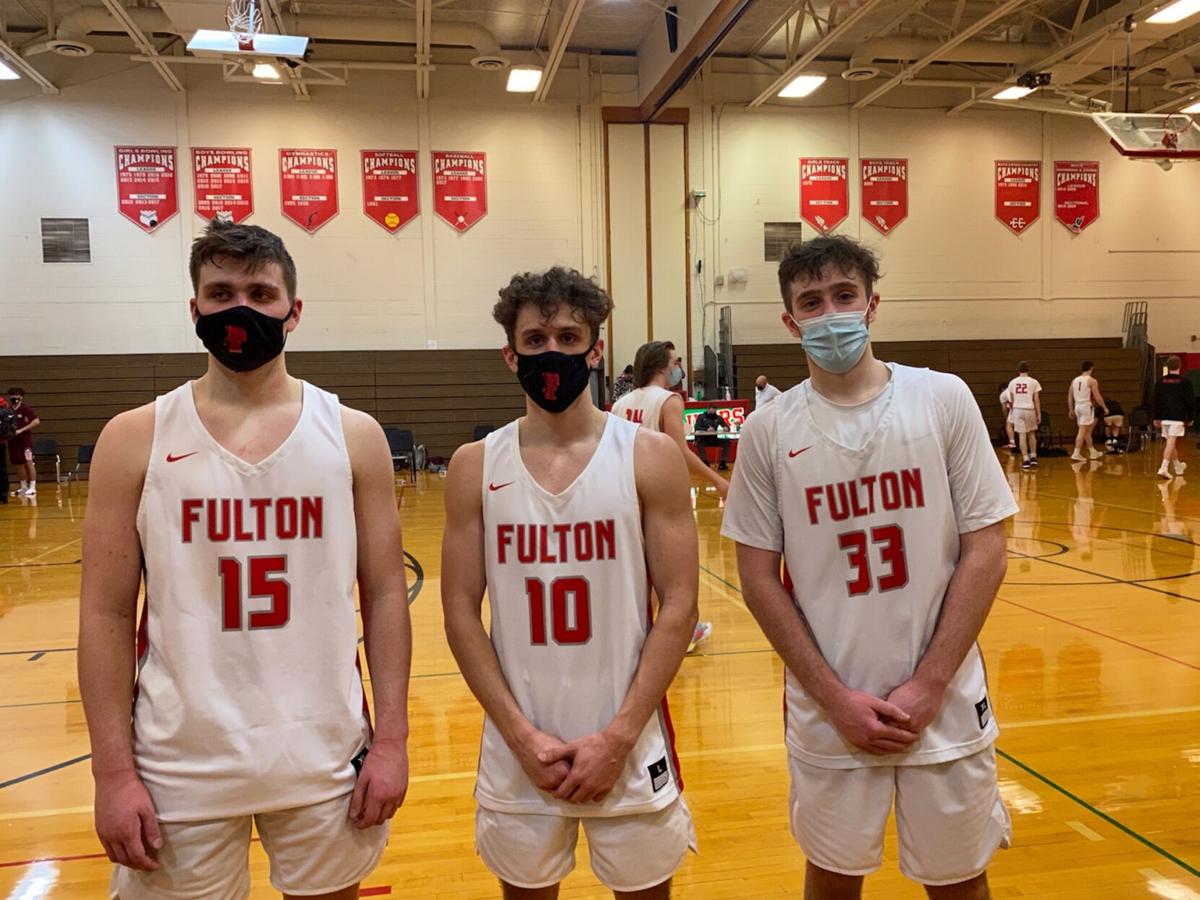 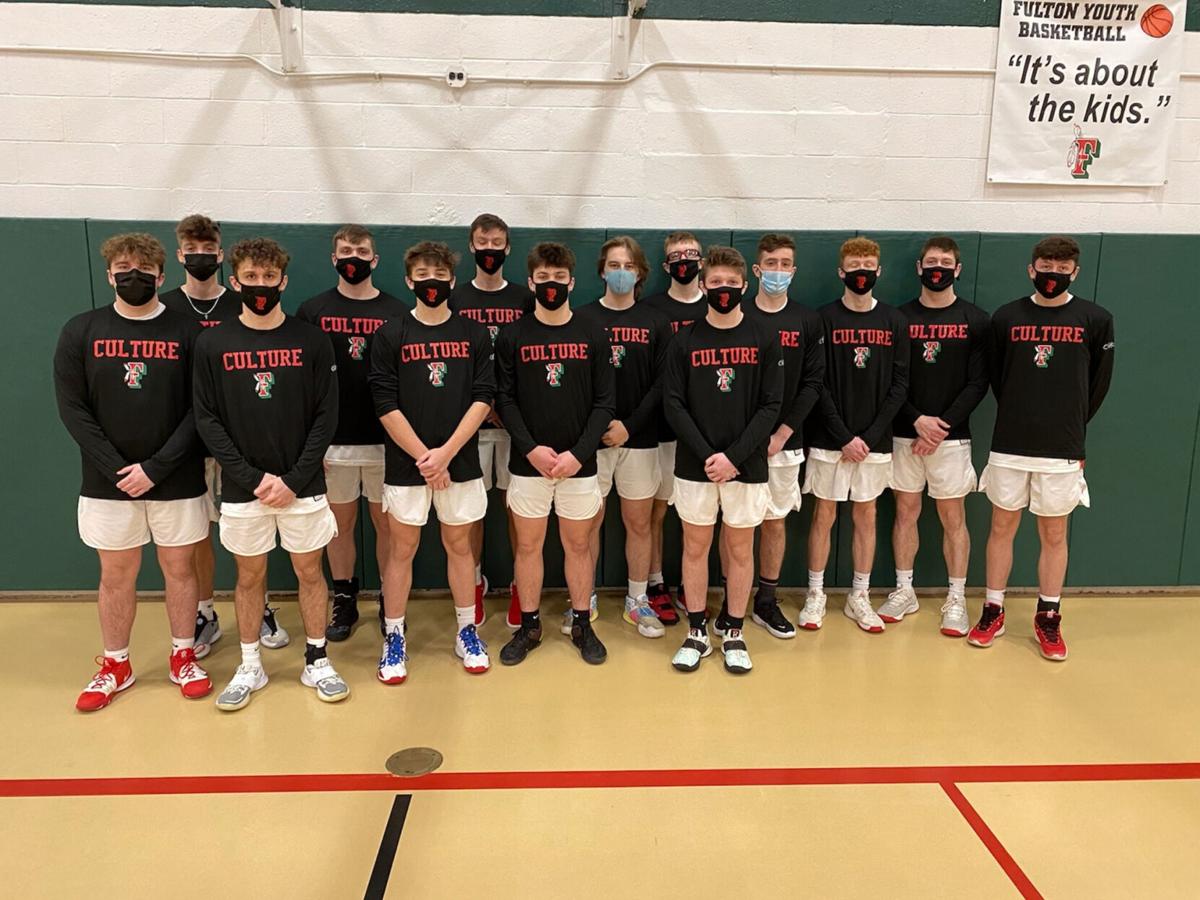 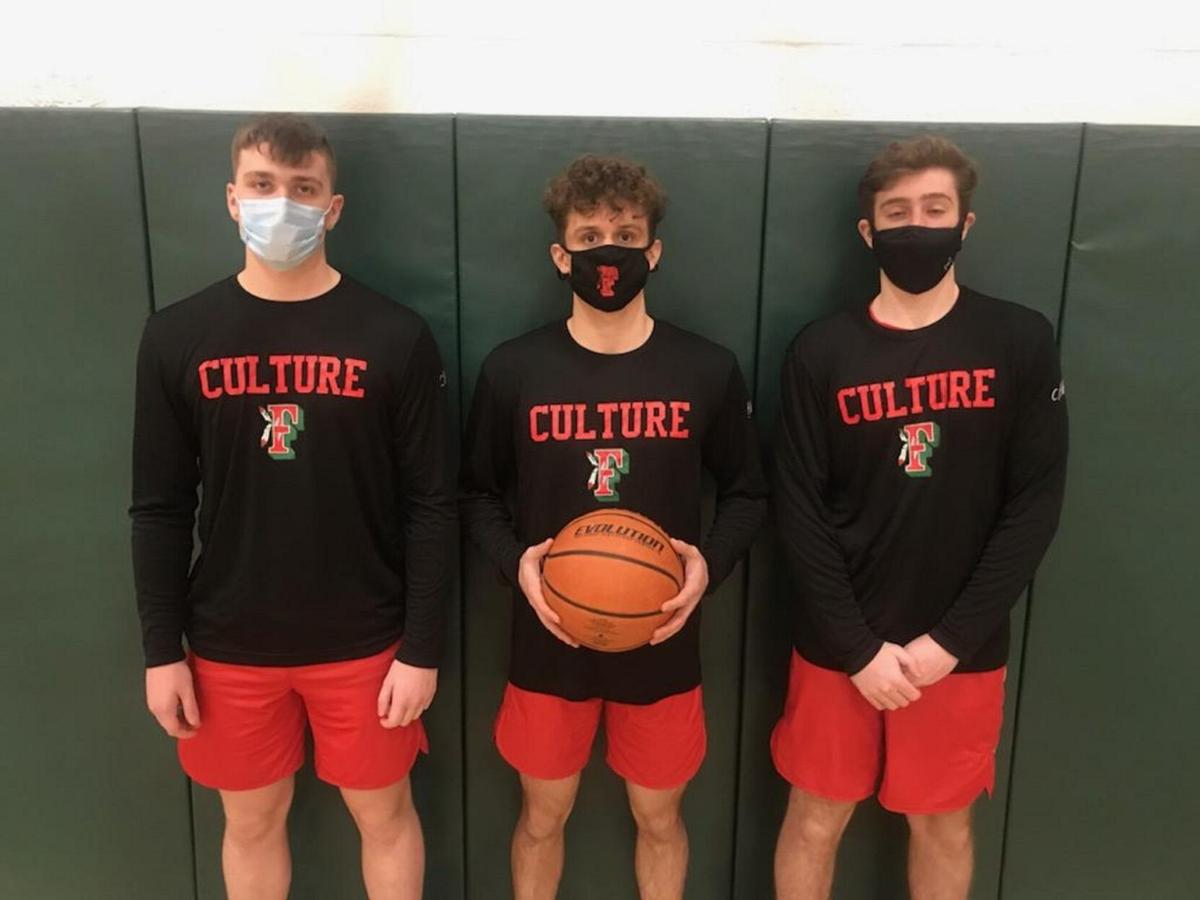 FULTON — Every day throughout the program’s best win streak to begin a season in more than a decade, the Fulton varsity boys basketball team places an emphasis on the word: grateful.

The Red Raiders opened the past week with a 7-0 record — its longest unbeaten start in at least 12 seasons — seizing the opportunity to compete that the unit, led by a trio of third-year senior captains, worked diligently to obtain.

Fulton is scheduled to host Fowler for its last home game at 7 tonight in the G. Ray Bodley High School gym and will wrap up its condensed season this weekend.

“When we found out we were going to play, these guys just made a commitment that we were going to get the most out of these six weeks,” Fulton coach Sean Broderick said. “They lived up to that. They didn’t just say it, they’re living it and they’re taking advantage every day.”

They also convened with a trio of seniors from the varsity girls basketball team — Devon Nicholson, Lexi Patterson, and Alena Wright — to organize the “Basketball and More,” Americorps program for youth and high school players this past fall and summer. That also included a clinic led by Devendorf.

In addition to providing a safe sports outlet for aspiring area athletes, the seniors aimed to show that they could safely conduct a season utilizing COVID-19 protocol and were all the while working to improve their respective skills in case they were authorized to play, which ultimately came in January.

“This goes back to the work we put in over the offseason and the three years we’ve been together on varsity, and even before that,” Jack Broderick said. “We did our Americorps job this summer and I think being together every day, working out, that helped. We had big goals and we knew that we wanted to achieve them, and I think we’re doing that so far.”

Fulton has roared to its best start since opening 6-0 in the 2014-15 season, and the team topped the CNY High School Media Poll for Section 3 Class A boys basketball for the second straight week on Monday.

The Red Raiders finished 13-9 last year and won their opening sectional playoff game before suffering a season-ending loss to Jamesville-DeWitt in the quarterfinals.

The returning seniors had already started discussing their goal of contending for a sectional championship before the start of the COVID-19 pandemic. Postseason tournaments will not be conducted this year due to the late start amid coronavirus concerns, but that hasn’t lessened the desire for departing players to produce an all-time memorable campaign.

“It’s not what we wanted for our senior year, we had big goals and knew we could be good this year, we wanted to win sectionals since we were in seventh-grade and that’s what our goal has been,” Shepard said. “But this year, our goals had to be different, and we’re meeting all of those goals and I’m just proud of this team and I’m very grateful that we’re playing.”

The Red Raiders averaged 61 points per game though its 7-0 start while surrendering an average of just 49.8 to opposing teams.

Jack Broderick has led the way in scoring with an average of 22 points per game, including 2.8 made 3-pointers. Shepard is adding 15.8 points per game and Abbott ranks third on the team with a scoring average of 9.1 while leading in assists and serving as the primary defensive option to guard the opposing team’s top threat.

The trio has helped the squad maintain their hard-working ways during the season by studying film of opposing teams remotely on their own, utilizing as much court time as possible in shortened practices.

“We have short turnarounds, so these guys are making the best of the time that we have together, whether it’s practicing together or preparing remotely,” Sean Broderick said. “They have sacrificed to do that, and that’s been a big part of our success at the end of games.”

Fulton will celebrate its eight total seniors before the last home game of their respective careers tonight.

The parents or two guests of senior players can attend their second game of the year following a revision to the Oswego County Department of Health policy on high-risk winter sports last week to allow for a limited number of fans. Spectators were barred from all county schools to begin the season.

That will provide one more opportunity for the team to express how thankful they are for the opportunity to produce their historic campaign.

“I was so excited to see our parents back in the bleachers,” Abbott said. “I know all of our families are at home watching and when we get back home, they’ll tell us how great we played. I just think it was so exciting and I was very grateful to have the opportunity to play in front of them again.”