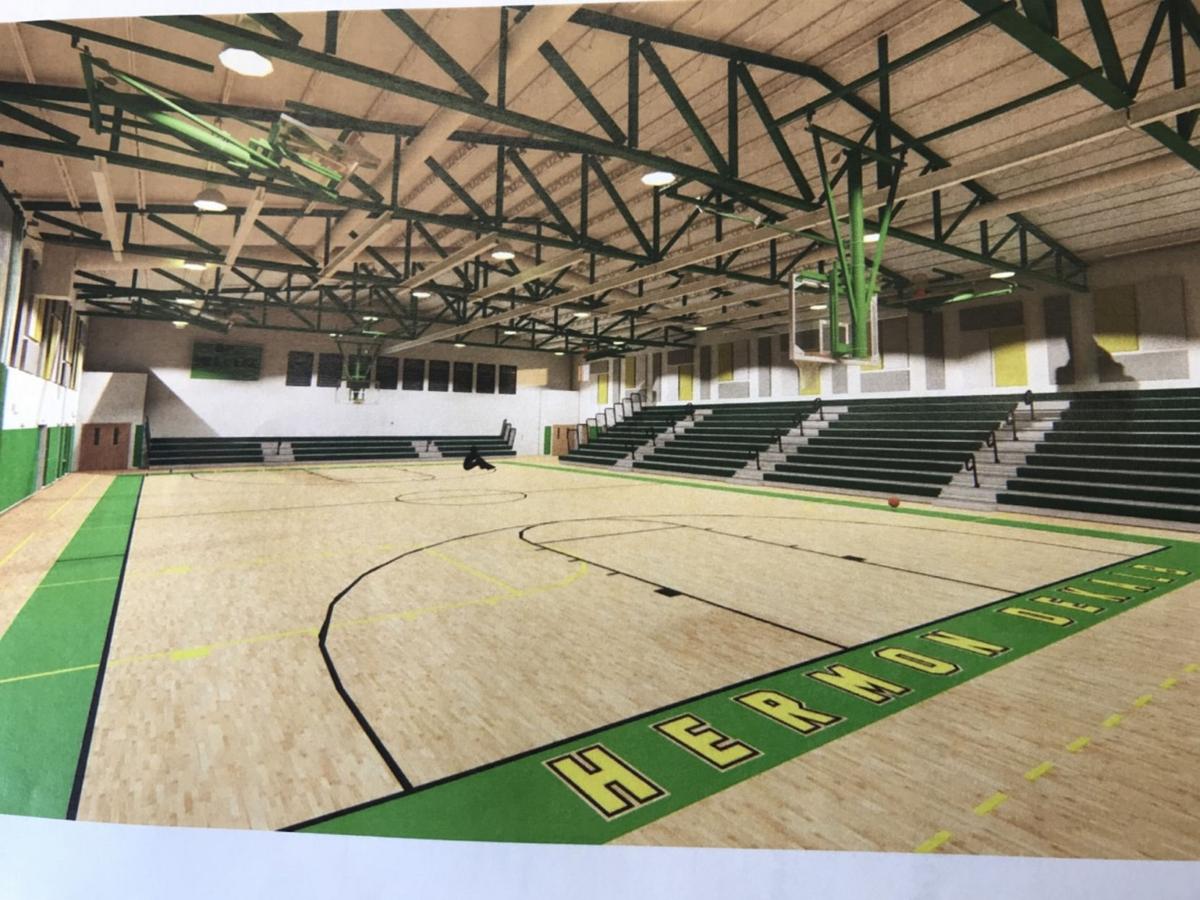 An artist’s rendering of the new gymnasium at Hermon-DeKalb, targeted to be ready for the 2020-21 basketball season. Provided by Hermon-DeKalb superintendent Mark White 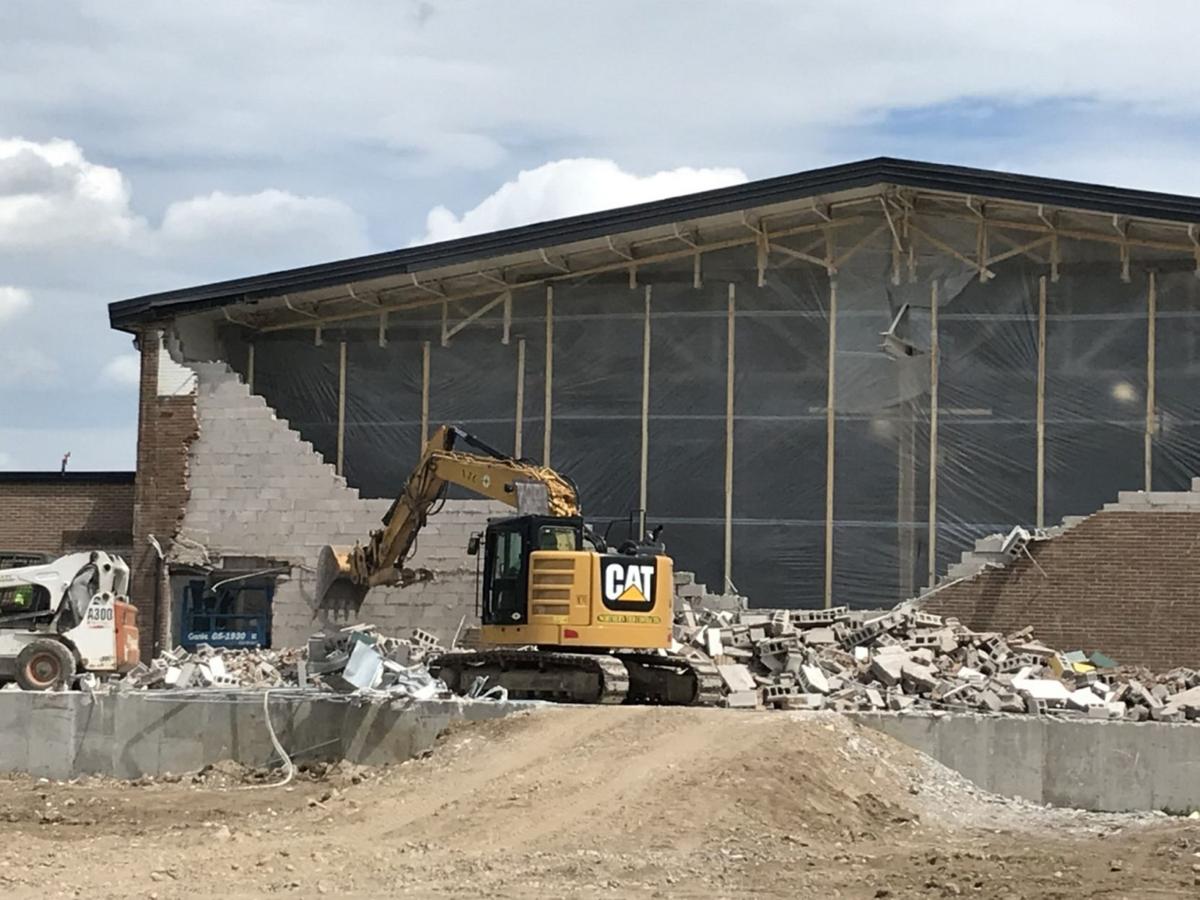 Construction workers have begun renovations to the Hermon-DeKalb gym as school has not been in session since March. Provided by Hermon-DeKalb superintendent Mark White 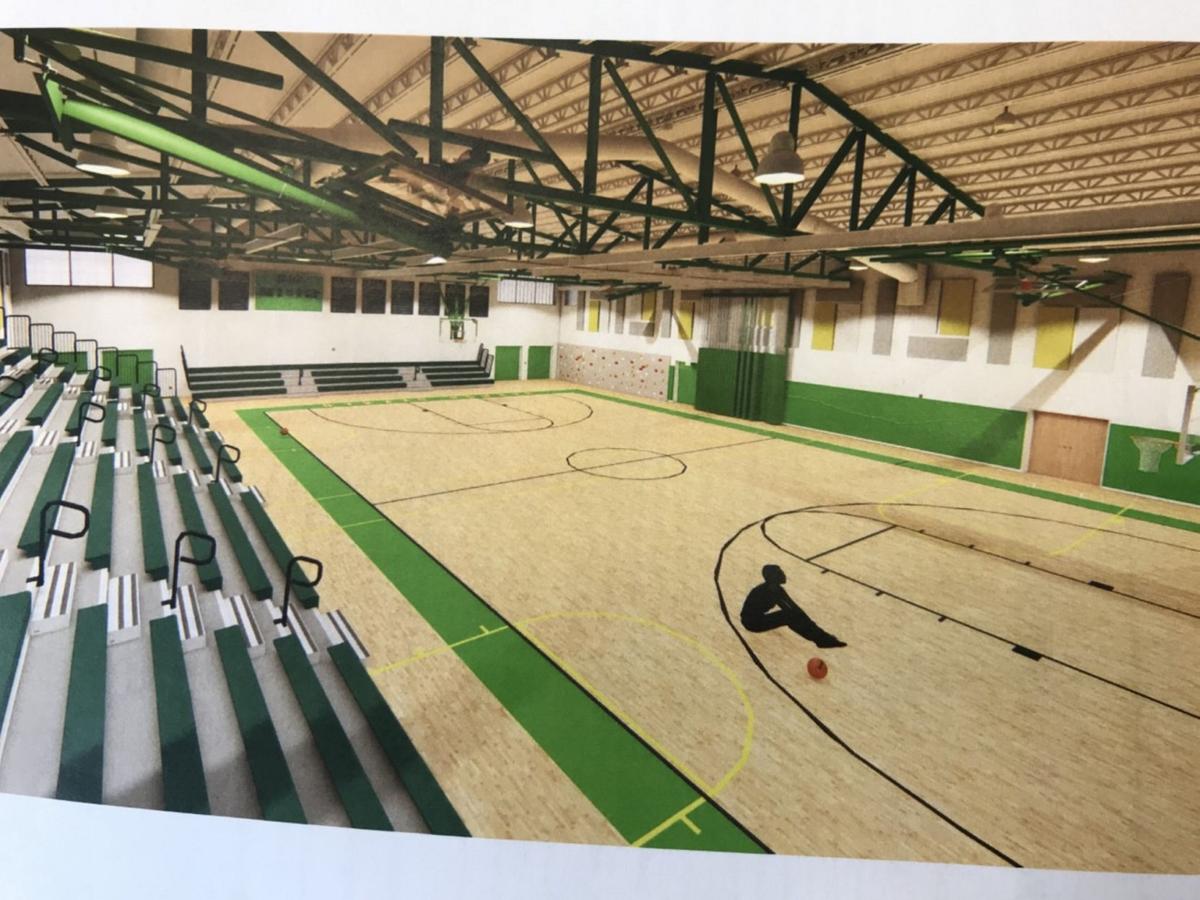 An artist’s rendering of the new gymnasium at Hermon-DeKalb, targetted to be ready for the 2020-21 basketball season. Provided by Hermon-DeKalb superintendent Mark White

An artist’s rendering of the new gymnasium at Hermon-DeKalb, targeted to be ready for the 2020-21 basketball season. Provided by Hermon-DeKalb superintendent Mark White

Construction workers have begun renovations to the Hermon-DeKalb gym as school has not been in session since March. Provided by Hermon-DeKalb superintendent Mark White

An artist’s rendering of the new gymnasium at Hermon-DeKalb, targetted to be ready for the 2020-21 basketball season. Provided by Hermon-DeKalb superintendent Mark White

DEKALB JUNCTION — Finding a place to sit, as well as a place nearby to park your car, shouldn’t be an issue at Hermon-DeKalb basketball games in the near future.

The school is remodeling their gym, which has become one of the smallest in Section 10, and building a new parking lot with 100 spaces across the road from the campus.

School superintendent Mark White said the capacity of the original gym, which has been used since the late 1950s, was 400. The new gym, will seat more than 600 spectators.

“I think it’s going to just raise the school spirit,” said athletic director Shelly Amo. “Our seniors, right now, we are all devastated for them (losing spring season to the COVID-19 coronavirus). By basketball (season) I think (athletes) will be ready to play any sport, but also to be in a new gym. I think it will bring out more spectators than we’ve ever seen. Students are already asking who gets to play in the gym first, girls or boys.

“After all this maybe a new gym is exactly what we need. We already have pretty good school spirit. I think this will raise it exponentially.”

The Demons own a rich basketball history with the boys team participating in a few state Class D final fours. Last year the boys team finished second in the Northern Athletic Conference West Division with a 10-2 record, two games behind 12-0 Harrisville, the defending state champion. The girls team went 4-8 in divisional play.

Fans often have arrived at games prior to the JV game to be sure they had a seat by the time the varsity game started.

“This past year our boys varsity team brought out a lot more spectators,” Amo said. “Some (fans) were arriving by 4:30 (p.m.) to get their seats for the junior varsity game. (Now) we’ll have more parking and hopefully fans will support our JV’s, too.”

The $15 million project basically combines the old gym, where games have been played, and an auxiliary gym, which was next to it, into one facility. The wall was torn down in early April and the school is about to begin the construction phase.

“Not having school (open) has allowed the construction workers free reign of the place,” said White, who added that the project also includes asbestos removal, building two special education classrooms, improvements to the school’s playground and some minor upgrades to the outdoor athletic fields, including irrigation. “We’ve had some small projects in the past, stuff the public never sees. This will be one of the first real visible projects the community will see. In the winter that gym is used seven days a week, we have the community using it on Saturdays and Sundays.”

The hope is that the new gym will be ready in time for basketball season. If it is still a work in progress, the Demons may have to alter their schedules a bit and play more road games in the first half of the season and end the season with home games.

The new gym means that the old location where many standout athletes made their memories will no longer exist.

“I know several alumni came out and took a piece of the (old) gym when they were taking out the floor,” Amo said. “I think some of the alumni who lie in our district are probably a little bit sadder than others. I am hoping that one game, depending on when it’s done, to have an alumni night, get some in and recognize them.”