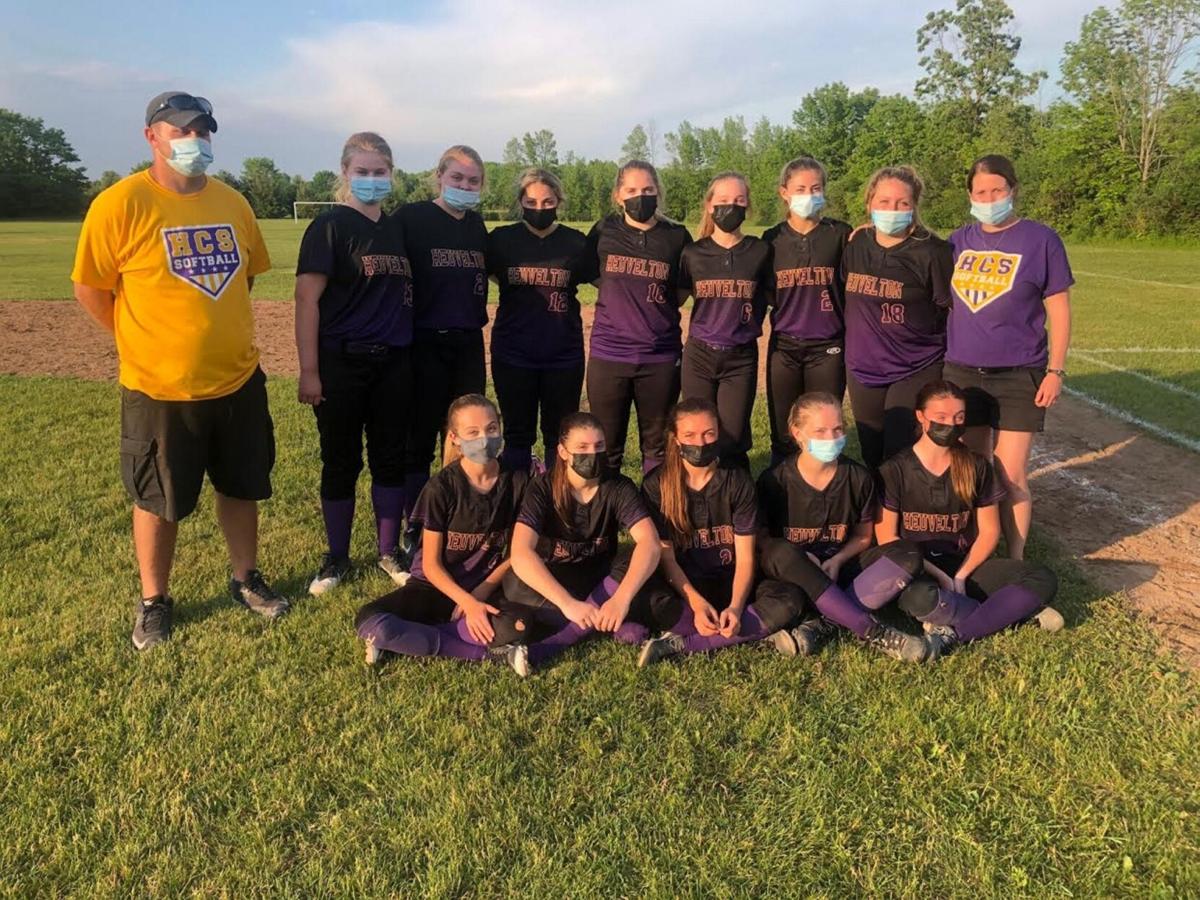 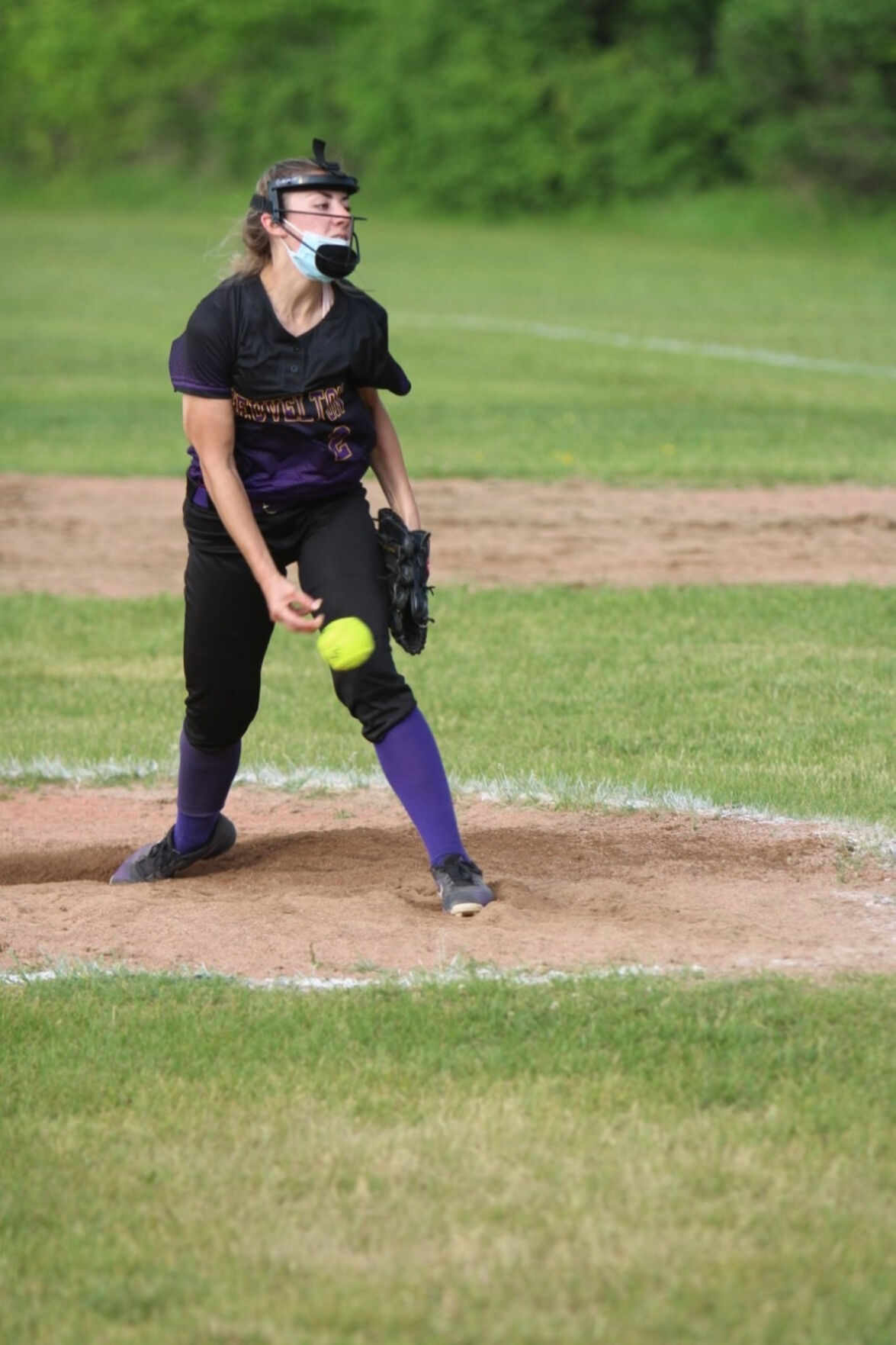 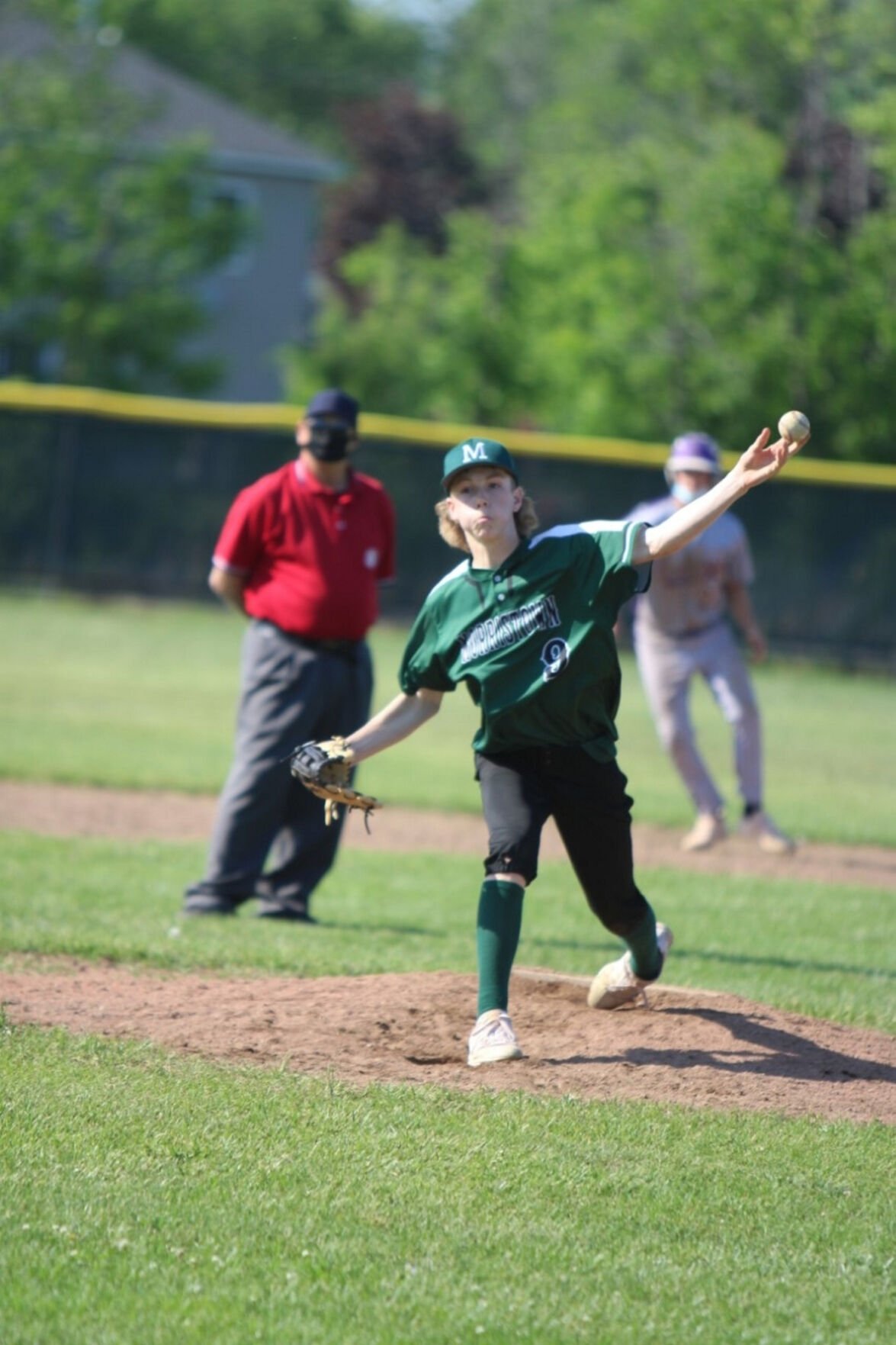 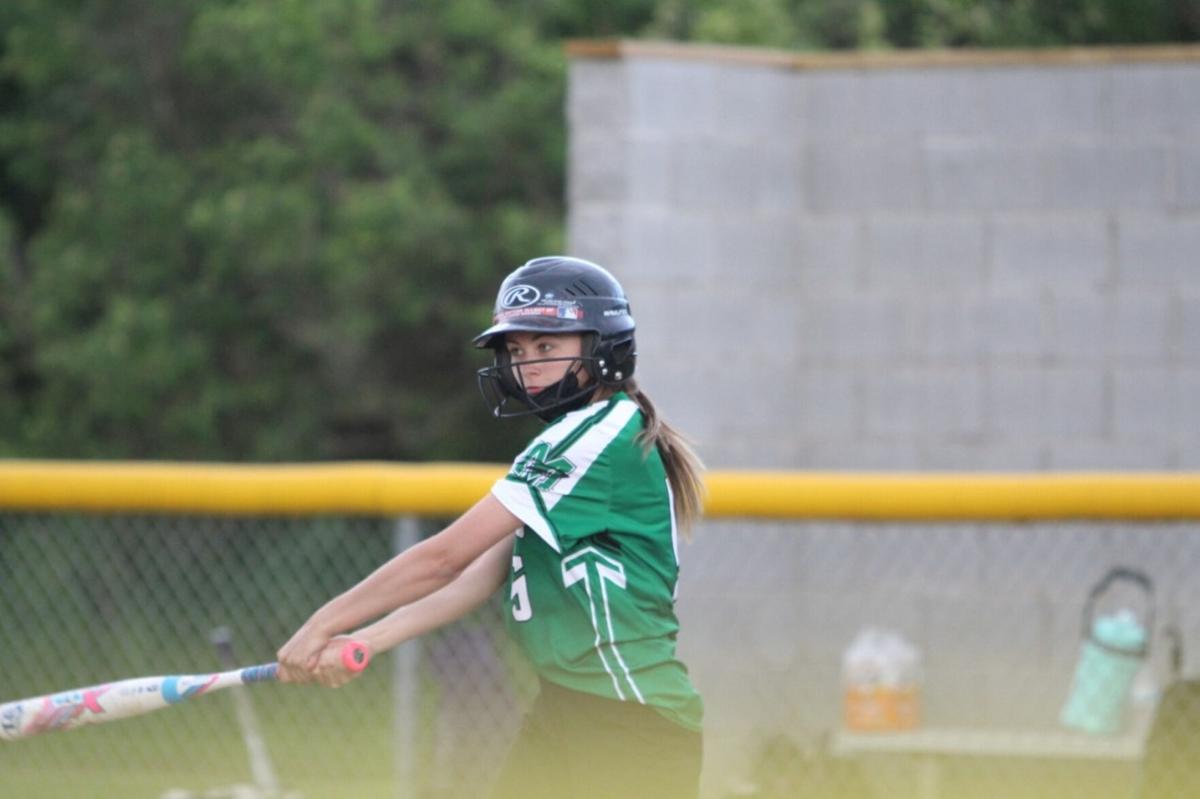 Haily Ward follows through on a line drive for Morristown. Dave Shea/The Journal

Haily Ward follows through on a line drive for Morristown. Dave Shea/The Journal

It was apparent that the Bulldogs would need to win out to have a shot at the title.

On Friday evening, with the sun setting over the Morristown Central diamond, Heuvelton had an 11-1 final record, an 11 game winning streak and sole possession of the division banner after sweeping a doubleheaders 13-2, 22-6.

Hammond stayed one game back after blanking Lisbon 19-0 and Hermon-DeKalb and Harrisville split a doubleheader with Harrisville winning the first game 10-8 and H-D taking the nightcap 19-0.

“I was very proud of the way the team developed and for the way they went out took the title,” said Heuvelton Coach Eliza Pierce.

“They bought into what we want to do and did it.”

The Section 10 Class D Tournament will begin on Tuesday.

Heuvelton 14, 22 - Morristown 2-6: The Bulldogs’ sweep featured excellent execution on the mound, at the plate and in the field.

In the first game Chasity Johnson (5 inn) and Ally Trathen combined on a on two-hitter and Molly Williams rapped two singles and a homerun and Trathen rapped a triple and two singles to anchor the offense. DaKota West tripled and singled, Lily Spooner singled twice and Lara Martin and Amber Cunningham singled.

“We played well today. A lot of kids did some great things on the field and in the box. Chasity Johnson, Ally Trathen and Katie Cunningham all got work on the mound and that was important for next week. Molly Williams is locked in right now at the plate. She hit the ball all over. It was great to see DaKota West’s bat come alive, we’ve been waiting for that and Lily Spooner did another great job behind the plate. She has developed into such a good catcher,” said HCS Assistant Coach Chris Showers.

Coach Pierce and myself are so proud of this team. They’ve stayed positive and worked really hard all year. They have improved so much and are lots of fun to be around. Winning the regular season title is great and they should be proud of that accomplishment. But we’ll put that behind us and focus on our first game on Tuesday.”

Harrisville 10,0 - H-D 8-19: Winning pitcher Amy Manchester and the Harrisville defense retired the Demons in the sixth inning they scored six runs and advanced two runners on base.

“We just didn’t hit the ball hard in the first game but that six-run rally in the sixth seemed to wake our bats up and Bri Grant pitched a great game in the second game,” said H -D Coach Bob Bice.

Chateaugay 8 - Brushton-Moira 7: Rebekka Miller singled home Avery Tam with the winning run in the bottom of the seventh inning. Avery McDonald pitched the win and Chloe Champagne lined two singles and a double for the Bulldogs who received two singles from Miller and Vikki Titus. Kylie Phelan singled twice for B-M and Natalie Palmer singled and scored the tying run in the top of the seventh inning.

“They jumped on us early, but we dug in and kept battling back. Our energy from the bench never stopped and kept cheering on the kids. Chloe Champagne once again was special. She made things happen offensively and she made some outstanding plays in the field. Avery Tam came off the bench and drew two huge lead off walks in the last two innings and scoring the game winning run. Kim Dunn had a huge at bat getting Avery to third and then Bekah beat out an infield single to get us the walk off win. Avery really battled today.”