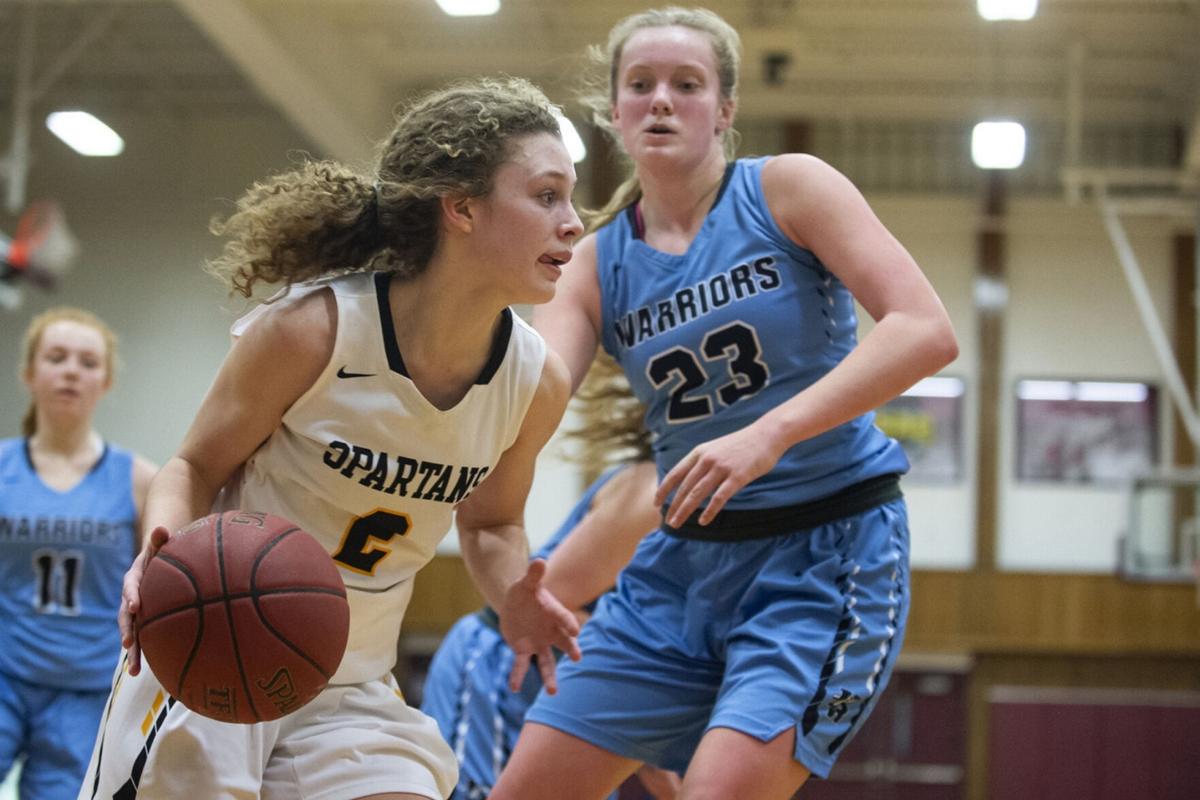 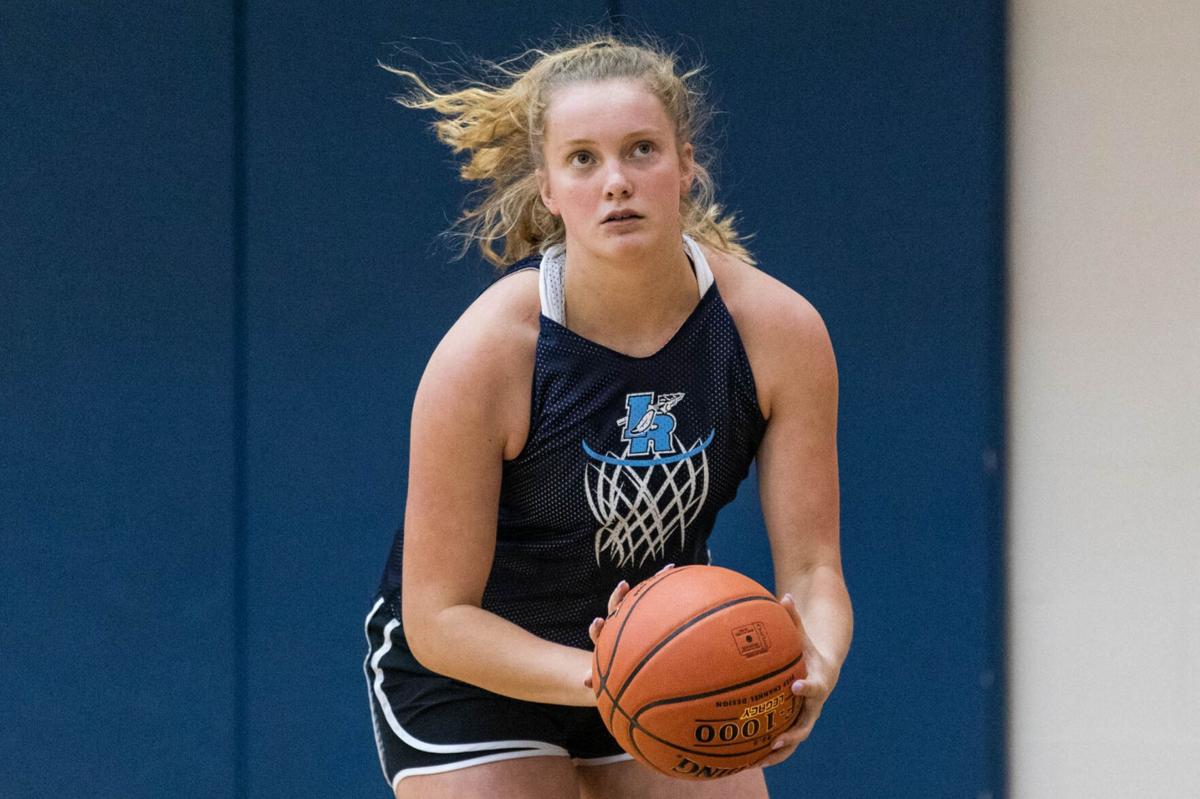 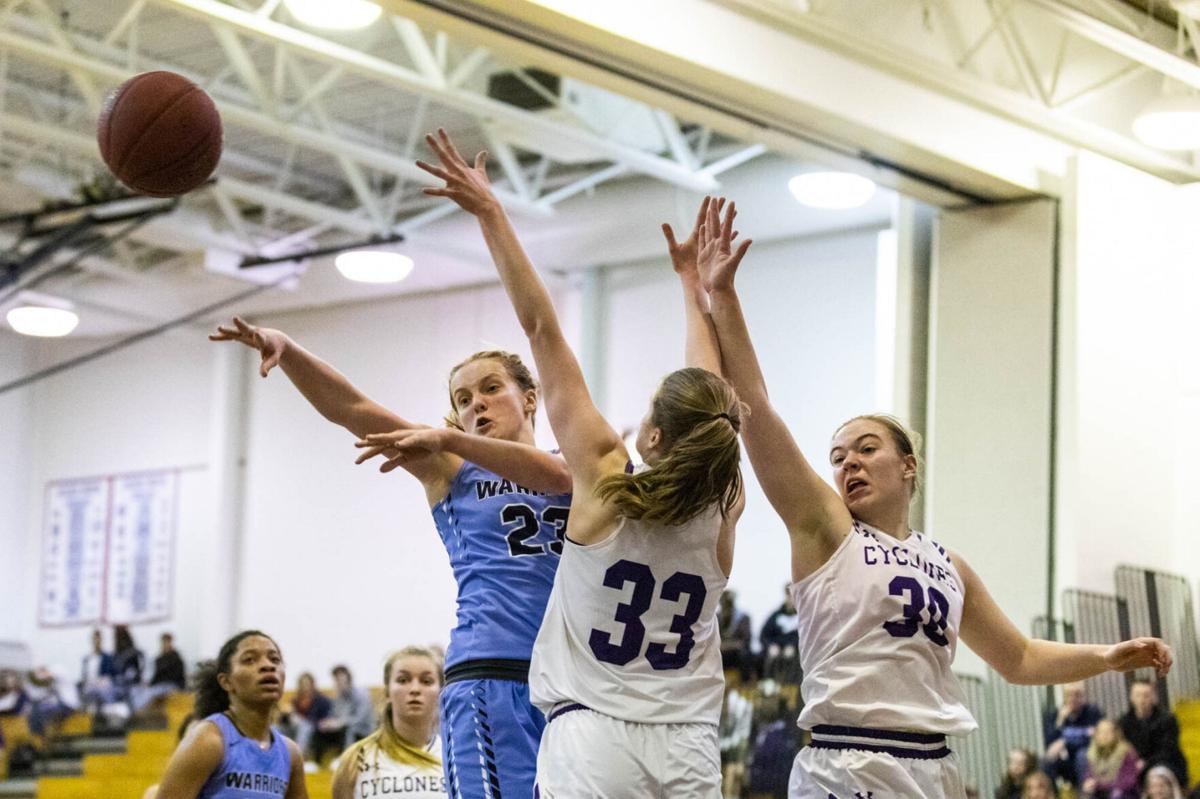 Indian River’s Adrien LaMora jumps to pass the ball to a teammate while playing against Watertown High School in 2019. Sydney Schaefer/Watertown Daily Times

Indian River’s Adrien LaMora jumps to pass the ball to a teammate while playing against Watertown High School in 2019. Sydney Schaefer/Watertown Daily Times

Indian River’s Adrien LaMora and South Jefferson’s Jackie Piddock have gotten to know each other as teammates and rivals over the last few seasons. Their one-on-one games at Piddock’s house in Adams have featured some excellent matchups. But now the duo will get to continue their friendly rivalry in college basketball.

LaMora has committed to play Division I basketball for the 2022-23 season with Canisius in Buffalo, making the announcement over social media on Sunday. Wile playing for the Golden Griffins, she’ll take on her friend and rival Piddock, who will play for Marist, as both teams play in the Metro Atlantic Athletic Conference.

“It’s going to be a new experience for sure,” said LaMora, who averaged 14.3 points per game and grabbed 147 rebounds in her sophomore campaign in 2019-20.

The two have taken on each other as part of the storied Indian River-South Jefferson rivalry, but they’ve also been teammates on the Syracuse Royals AAU basketball team. The two of them played each other individually to keep sharp over the long offseason and the matchups were often close.

“It was nice having someone there locally to play with last year,” LaMora said. “We were pretty even, with her beating me with the guard stuff, but I’d just use my size on her.”

Longtime Indian River head coach Jim Whitley said he’s thrilled his senior star will be playing in Division I. He’s already planning his calendar around the possible matchups between the Golden Griffins and the Red Foxes.

“It’s great that they’ll be in the same conference and those are some games I’ll want to watch for sure,” Whitley said.

LaMora has made frequent trips around the state to work on improving her game. Whitley said the extra work has made her better at all facets of the game, but two areas have jumped out to him the most.

“She’s gotten much faster, but her court vision has gotten so much better,” Whitley said. “She’s reduced her turnovers by a lot and she gets her teammates the ball.”

Both Whitley and LaMora agree that the extra work and AAU exposure has also helped her get in front of more coaches. She often drives to Rochester to play basketball.

The 5-foot-11-inch guard/forward chose Canisius after a stop at the campus last week. She said she knew she belonged right away and she can be close to home for the holidays.

“I can come home on Christmas and Thanksgiving because the campus isn’t too far away.” LaMora said.

Canisius lost all five games it competed in during the 2020-21 season before the school called off the season due to COVID-19 concerns. The Golden Griffins went 5-25 overall and 4-16 in the MAAC in their last full season in 2019-20.

LaMora and the rest of the Warriors are looking forward to what they hope is a full winter sports season in LaMora’s final season. Indian River has three talented seniors in LaMora, McKenna House and Daelyn Alcock, and a group of younger players that will be tested by a tough schedule that includes Westhill, Syracuse Christian Brothers Academy, Fayetteville-Manlius and Ithaca.

“I like to get our players a chance to play some of the better teams because a challenge is good,” Whitley said.

LaMora is 70 points away from reaching the 1,000-point mark and would have eclipsed that had last season been more than six games. She was disappointed that doesn’t already have the milestone and with the handful of games last season. Her Rochester-area teammates enjoyed a longer season with sectional play.

“All my friends down there got a sectional tournament,” LaMora said. “I think we’ll appreciate things (this season) a million times more.”