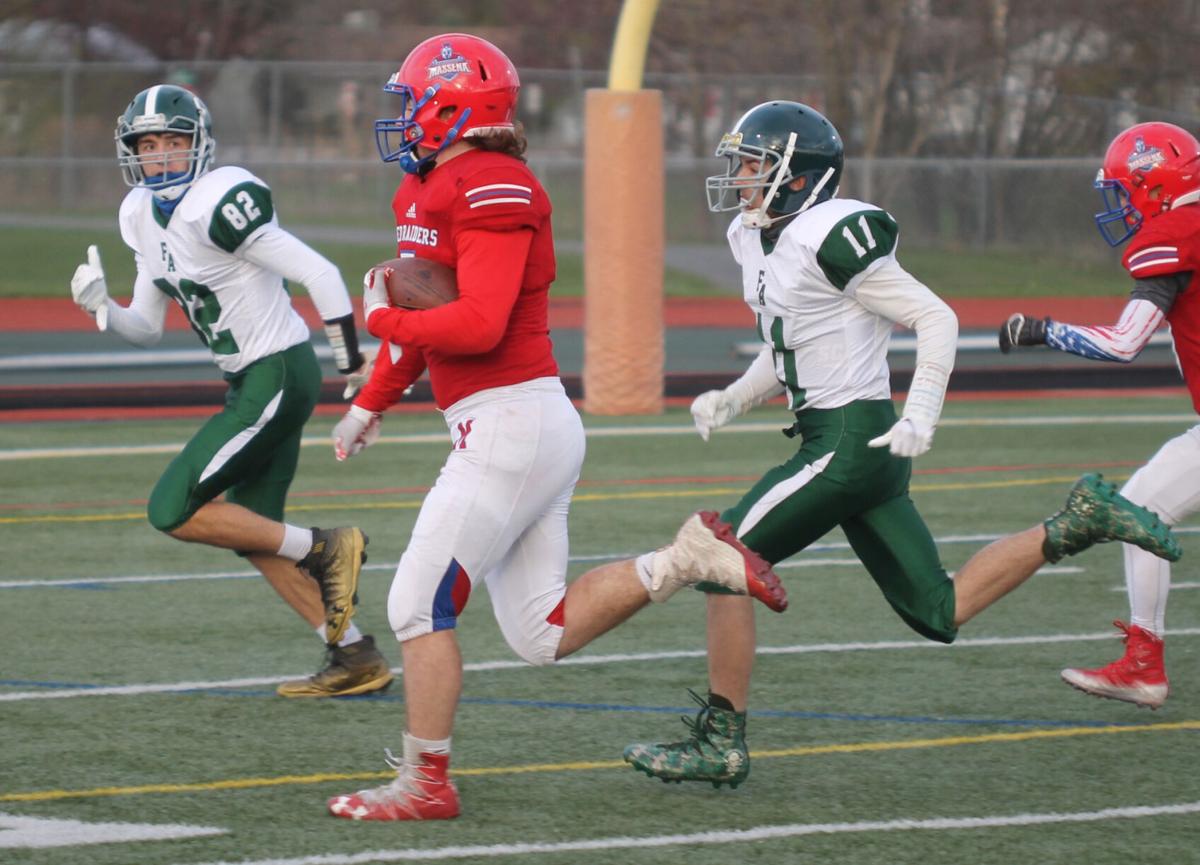 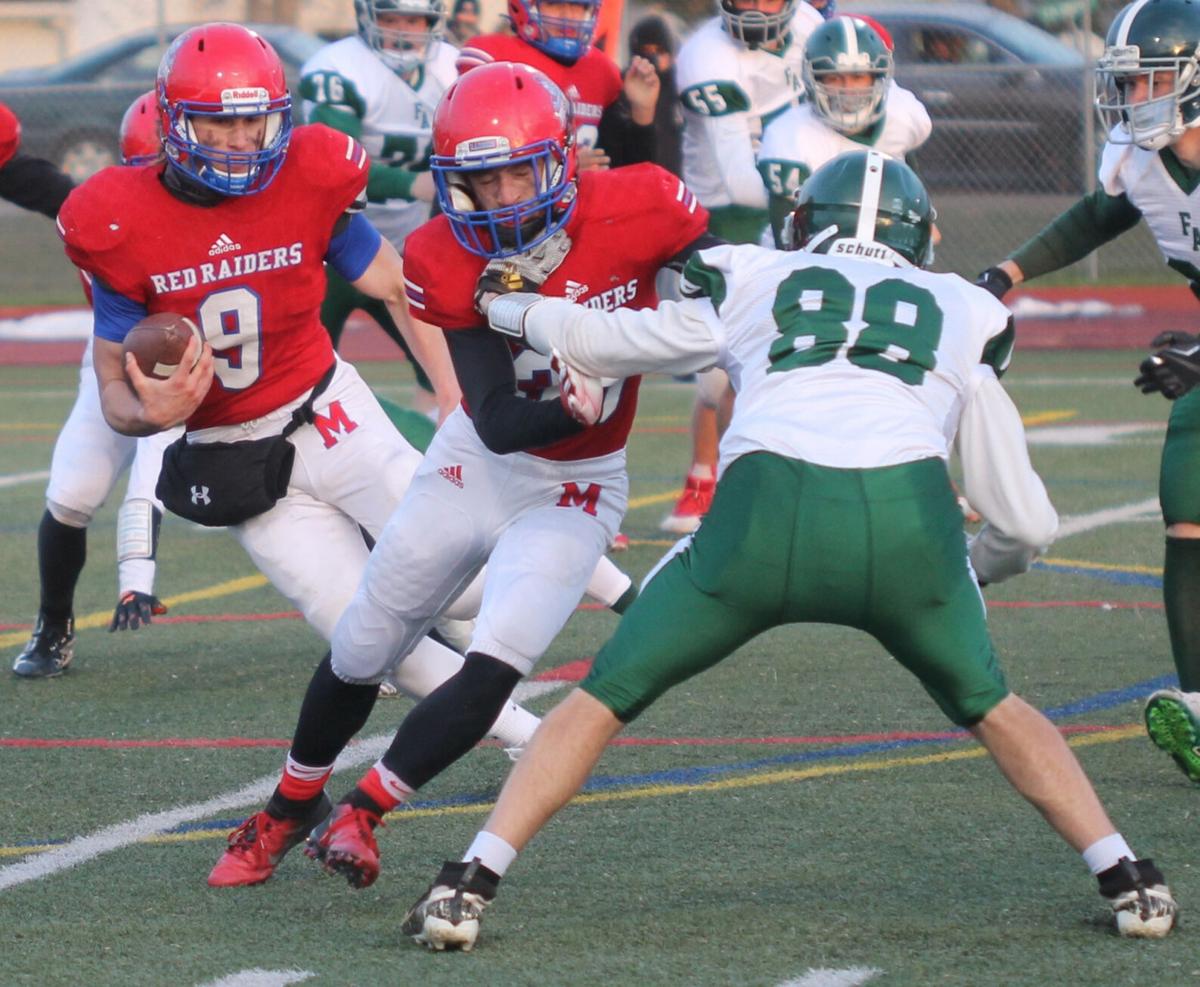 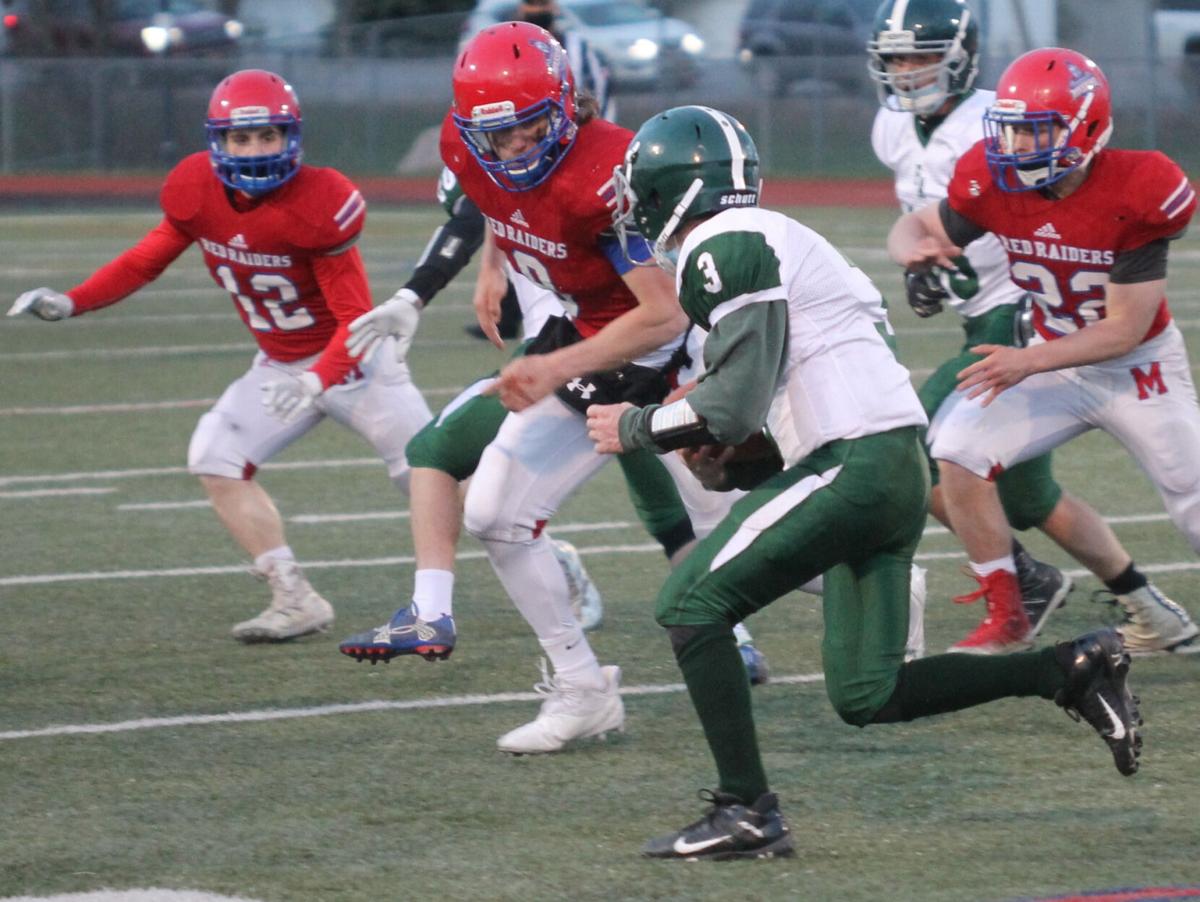 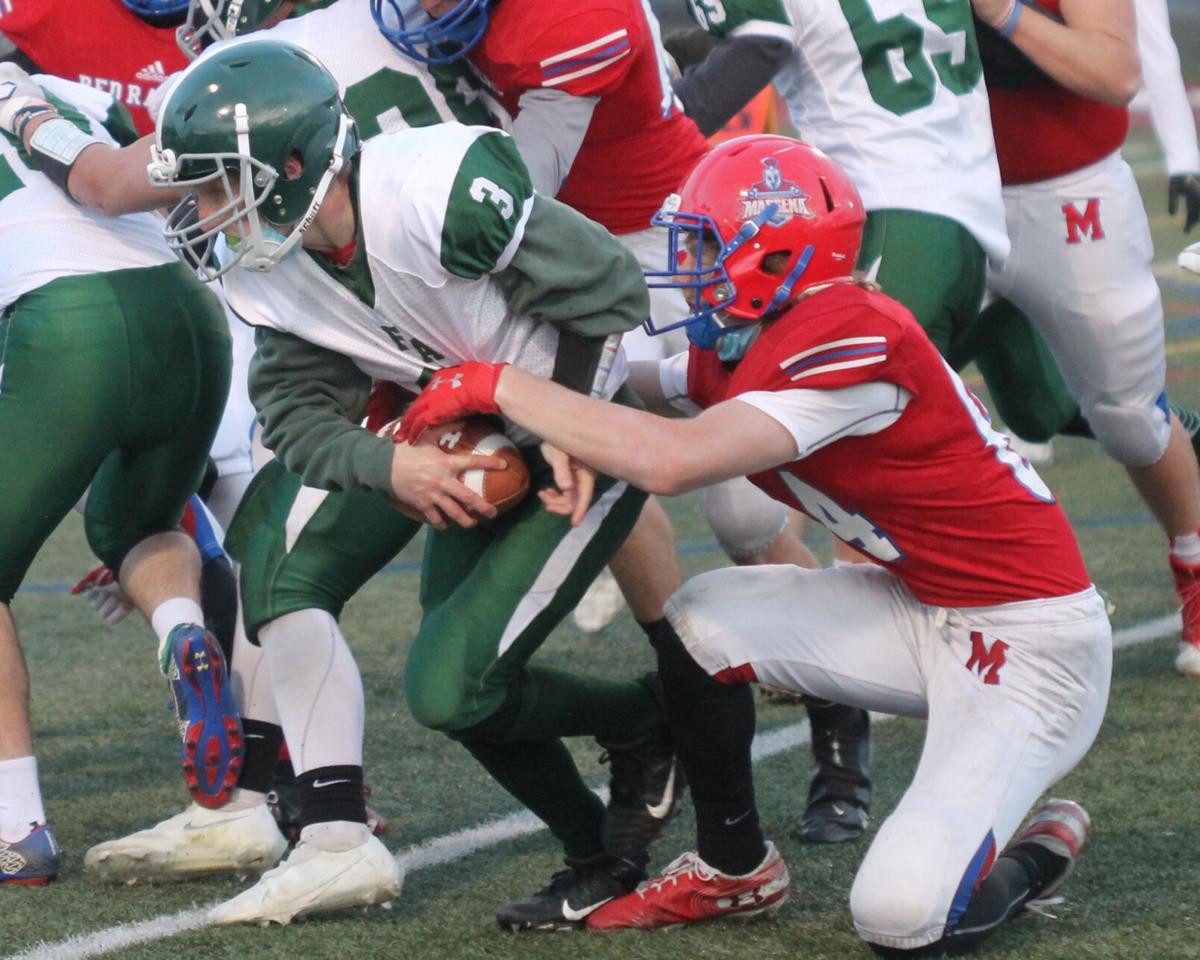 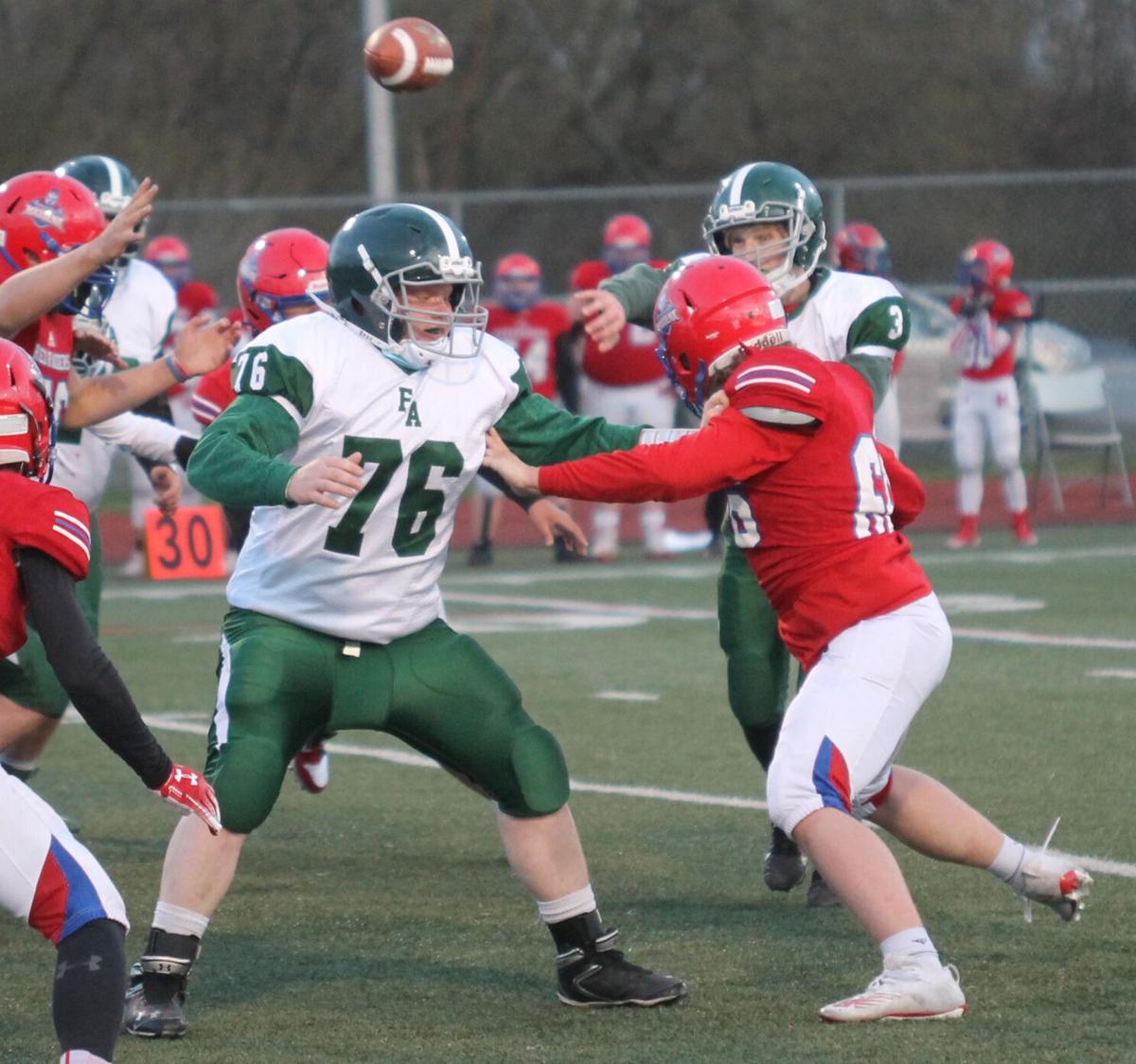 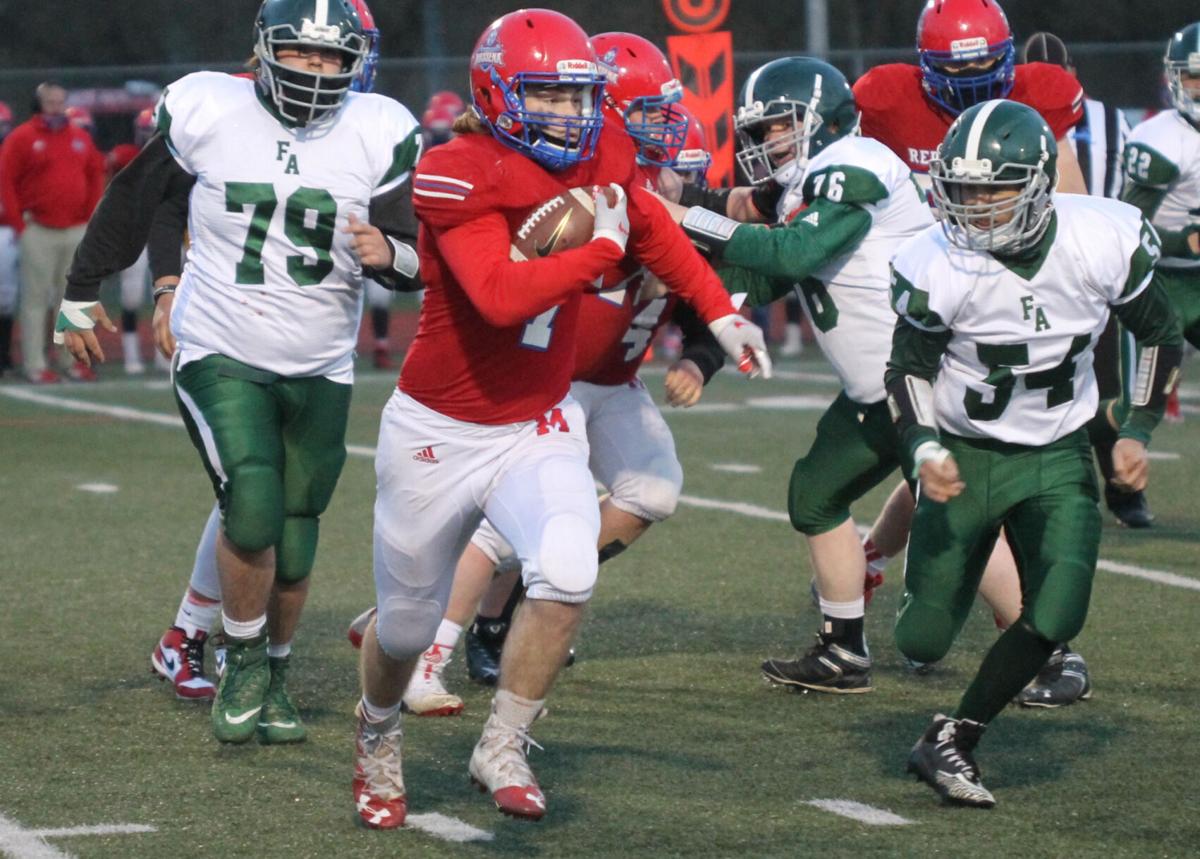 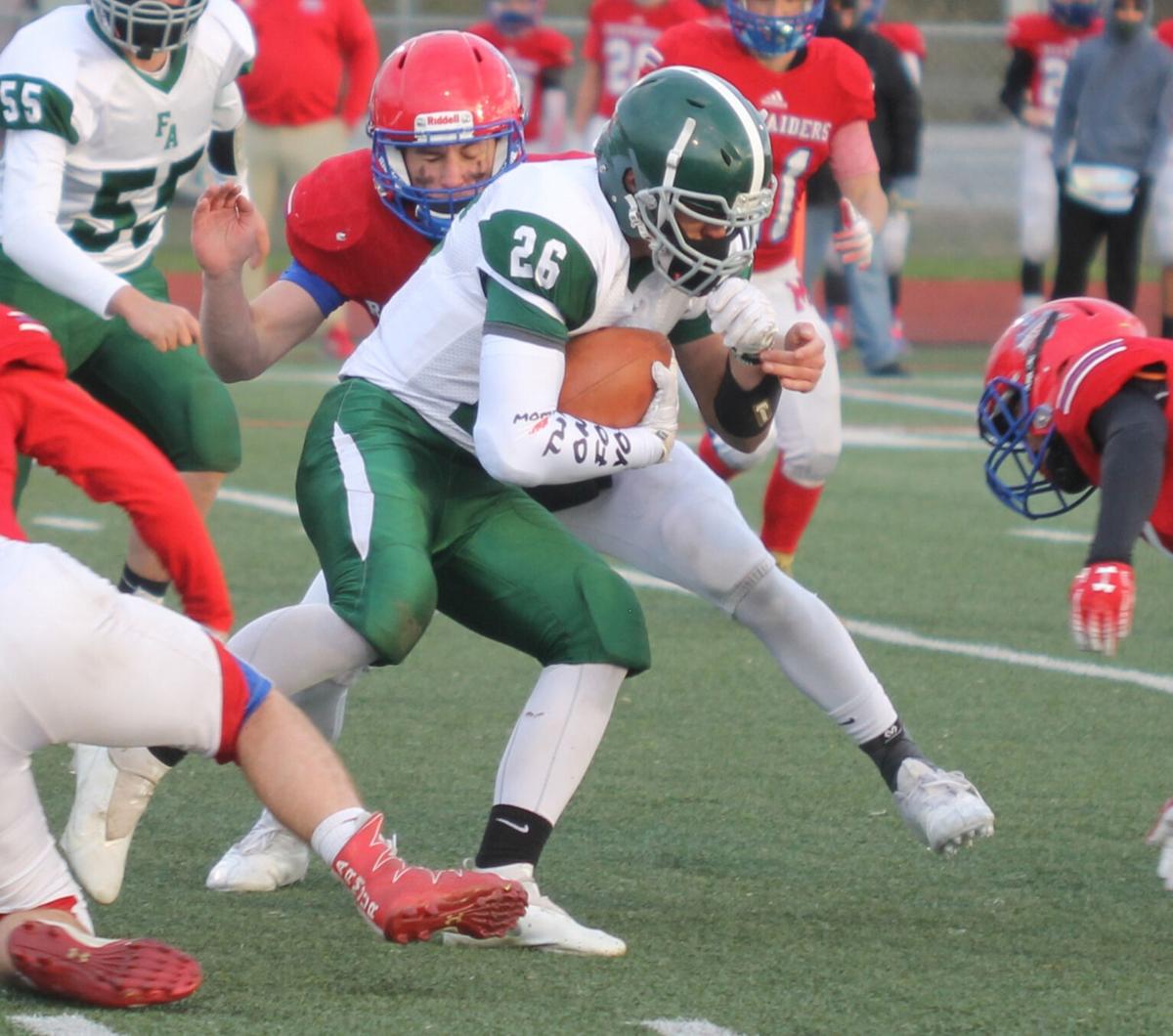 MASSENA — The only game of the 2021 Fall Sports II season for the Massena Central became a stepping stone toward future success Thursday.

“I thought it was a really good start. It was exciting to see the offense and the defense click the way it did tonight after having only a month or so of practice,” said coach Austin Coleman after the Raiders outscored Malone, 49-8, in his long-awaited debut as head coach.

“The kids really worked hard in the short time that we had and it was nice to see it pay off,” he added. “I’m definitely looking forward to having a full season in the fall to work with the players that are coming back.”

The duo of senior running back Nate Eastwood and junior quarterback Dominic Monacelli accounted for the majority of the offensive damage inflicted by the Red Raiders, who jumped out to a 21-0 lead in the first quarter and never looked back.

Unofficially, Eastwood ran the ball just 12 times for 207 yards, including touchdown runs of 29 and 45 yards in the first quarter followed by an 80-yard jaunt early in the second. Monacelli, who set the tone for the spread-offense introduce by Coleman by completing a nine-yard pass to senior Isaiah Avery on the first play of the game, wound up connecting on 11 of 17 passes to seven different teammates for 176 yards while going for another 33 yards on five rushes, including a nine-yard run to the end zone that capped the decisive first-quarter scoring burst.

Senior Dylan Lazore was the leading receiver for Massena with four catches covering 62 yards while Avery finished with three receptions for 59 yards, including a 40-yard touchdown grab on a fourth-down play early in the fourth quarter.

Senior Thomas McGregor had a five-yard catch to account for the final Massena touchdown with 4:46 remaining while senior Luke von Borstel, a veteran member of the varsity boys soccer team this past fall, converted on all seven of his PAT kicks in the only varsity football game he will ever play. He also notched a pair of sacks.

The Huskies, who opened their season with a hard-fought win over Tupper Lake in Malone this past weekend, were led by junior quarterback Jeremiah Scharf, who carried the ball 15 times for 54 yards and completed eight of 16 pass attempts for 105 yards with three interceptions. One of his completion was a 21-yard connection with Eli Race that accounted for the lone Malone touchdown with 1:03 left in the first half. Scharf then bounced his way over the left side for the two-point conversion. Trey LaGrave was the next leading rusher for the Huskies with 19 yards on 15 attempts while Connor Smith had four catches for 66 yards and Keegan Monette pulled down two other passes for 21 yards.

Avery had one of the three Massena interceptions. Christopher Kucipak and DeShawn Walton had the other two.

For Malone, LaGrave pulled off the lone interception and Dominic St. Hilaire recovered a fumble.