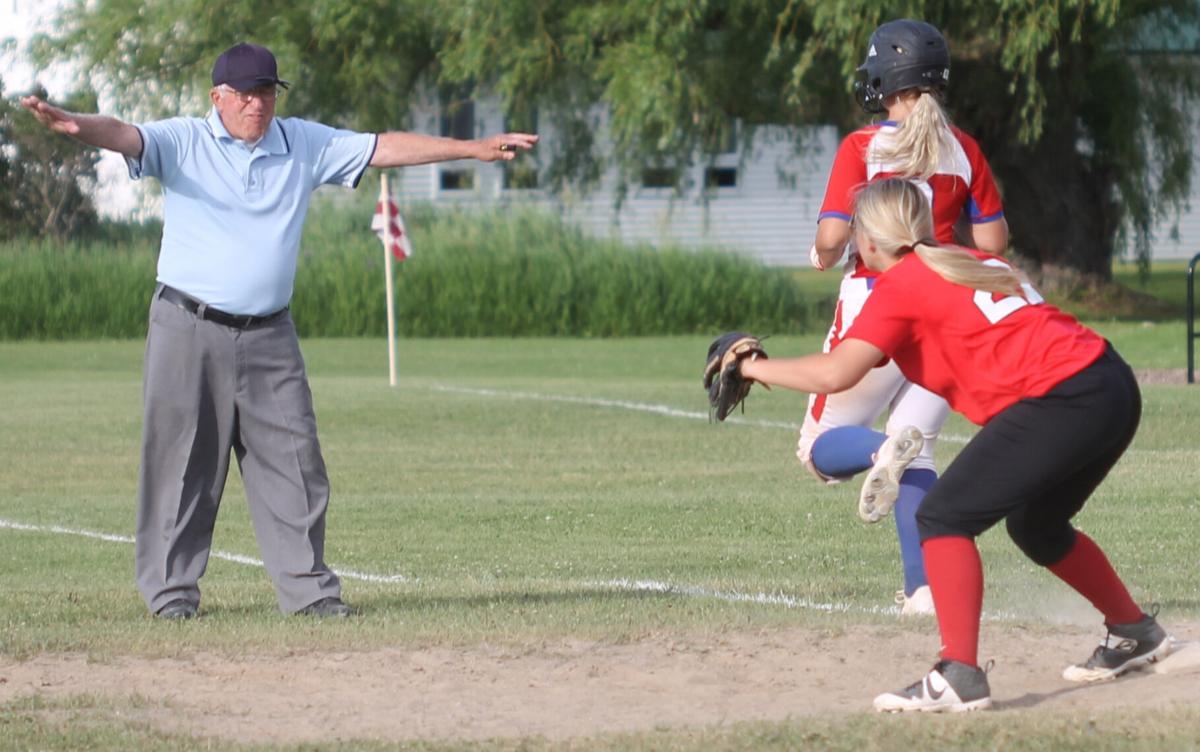 In the final game of his longstanding career as an official in Section 10, Massena’s Rick Ahlfeld makes a safe call at first base during the Section 10’s overall softball tournament semifinal game between Massena Central and host Hammond Central this past June. Alain St. Pierre/CO 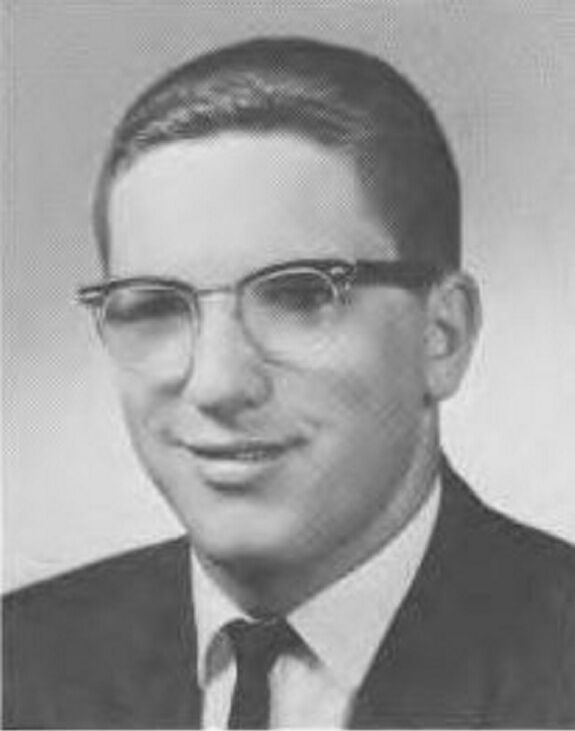 Rick Ahlfeld’s graduation photo as a member of the Class of 1962 at Massena Central. Submitted Photo/CO

In the final game of his longstanding career as an official in Section 10, Massena’s Rick Ahlfeld makes a safe call at first base during the Section 10’s overall softball tournament semifinal game between Massena Central and host Hammond Central this past June. Alain St. Pierre/CO

Rick Ahlfeld’s graduation photo as a member of the Class of 1962 at Massena Central. Submitted Photo/CO

MASSENA — Seven decades of officiating a wide range of high school and college sports finally caught up with Massena’s Rick Ahlfeld this summer.

“I was at my house in mid-August and started thinking about things. I just decided that it was time to quit. I went upstairs, got on my computer and sent out emails to everyone that needed to know, notifying them I was done as of September First,” said Ahlfeld, who began laying the groundwork in 1964 for his extraordinary career as referee and umpire in Section 10 and beyond.

After gradually scaling down his officiating commitments since the spring of 2019, Ahlfeld worked his last game this past spring when he served as the first base umpire for the Section 10 Overall softball tournament semifinal pitting Massena Central at Hammond Central on June 16. His 55-year career as basketball referee ended following the 2018-19 season. He ended a 38-year stint as volleyball official in 2019 as well and refereed his last soccer game in the fall of 2020 after a 42-year tenure. He started umpiring softball in 1976 and baseball two years later.

“Rick always gave one-hundred percent, no matter what game he was working,” said Section 10 soccer and basketball referee Jim Myers, who has experienced Ahlfeld’s expertise as all three levels - as both a standout athlete and varsity basketball coach at Norwood-Norfolk Central, and as an officiating colleague.

“It was always a pleasure having him on your game as a player and as a coach, and to work with him as a referee. He’s very knowledgeable and he’s always fair,” Myers added. “And, he would also go anywhere to do a game.”

A 1962 graduate of Massena Central, Ahlfeld played varsity football his junior and senior years under the guidance of legendary coach Mike Nicholas and once served as team manager of the varsity boys basketball team which was coached by Jerry Welsh, who would go on to lead the SUNY Potsdam men’s basketball program to NCAA championships in the 1980’s. He was also a member of the varsity baseball team his final two years.

Following his graduation from MCS, Ahlfeld began attending Potsdam State in the fall of 1962 and would eventually earn a degree in education in January of 1967. Along with furthering his education at Potsdam, Ahlfeld gained first-hand experience of the sport of soccer as a three-year member of the Bears fullback corps.

While officiating would be a part-time job that lasted 57 years, Ahlfeld began his full-time career as a social studies teacher in the Fall of 1967 at Holy Family High School where he helped coach the football, basketball and golf programs over the next five years.

Ahlfeld’s father, Scotty, was as a well-respected high school basketball referee and baseball umpire and by the fall of 1964, Ahlfeld began following in his father’s footsteps and was officiating basketball games on a regular basis. Over the course of the next 57 years, he would become certified to officiate a total of seven different high school sports at all levels. He also earned certifications to work those sports at the collegiate level.

“From when I was a little kid growing up in Massena, I just loved playing sports. My dad refereed basketball and umpired baseball so that’s how I got started with the officiating,” noted Ahlfeld, who held several other sports related part-time positions concurrently through the late 1960s and early 1970s, including Sports Editor of the Massena Observer and sports reporter for WYBG Radio. “For a while, I only officiated basketball. I had a lot of other things going on and I didn’t do soccer because it conflicted with football season.

“During basketball season, I’d have practice after school then I’d be off somewhere to referee a game that night,” he added. “There were times when I would come home after a tough game and my wife (Betty) would asked me how things went. I’d just say, ‘it wasn’t fun tonight’ and that would be it until the next game.”

Ahlfeld made the teaching move from Holy Family to Massena High School in the Fall of 1972 and was immediately named coach of the budding varsity boys soccer program.

“I was actually the second coach of the boys soccer team at Massena. Bruce Richardson, who had a great career coaching soccer at Lisbon, was the first,” he acknowledged.

Ahlfeld, who retired from teaching in 1999 after 35 years, began shifting away from coaching and more toward officiating in the late 1970s. During a five-year span from 1976-1981, he added baseball, boys and girls soccer, softball and volleyball to his resume.

“I’d have to say that basketball was probably my favorite because so many things are going on at the same time. Anything could happen at any time and you always have to be ready for that,” he noted.

“And,” he continued, “because high school basketball is so big up here, it’s the most fun.”

Over the course of his longstanding career as an official, Ahlfeld enjoyed being part of thousands of games and matches including New York State Public High School Athletic Association championship games for boys basketball, girls basketball and girls soccer. He has also served in numerous administrative roles for the various boards and associations that govern and organize high school officiating in the section.

“I first got to know Rick when I worked at Salmon River and coached there. Then, when I took this job over in 2001, he was one of the people on the other side of the table when we were working out a new contract with the officials. He was just as kind and gracious and professional as a negotiator as he was when he was working a game,” said Executive Director of Section 10 Carl Normandin. “I can’t think of anybody who has officiated more games than Rick. He always took great pride in being part of whatever event he was officiating. He just had a great ability to manage people and manage the event.”

“He is also one of the handful of my go-to people whenever an issue comes up with a rule. I could always count on him to set the record straight,” Normandin added. “He is truly a professional.”