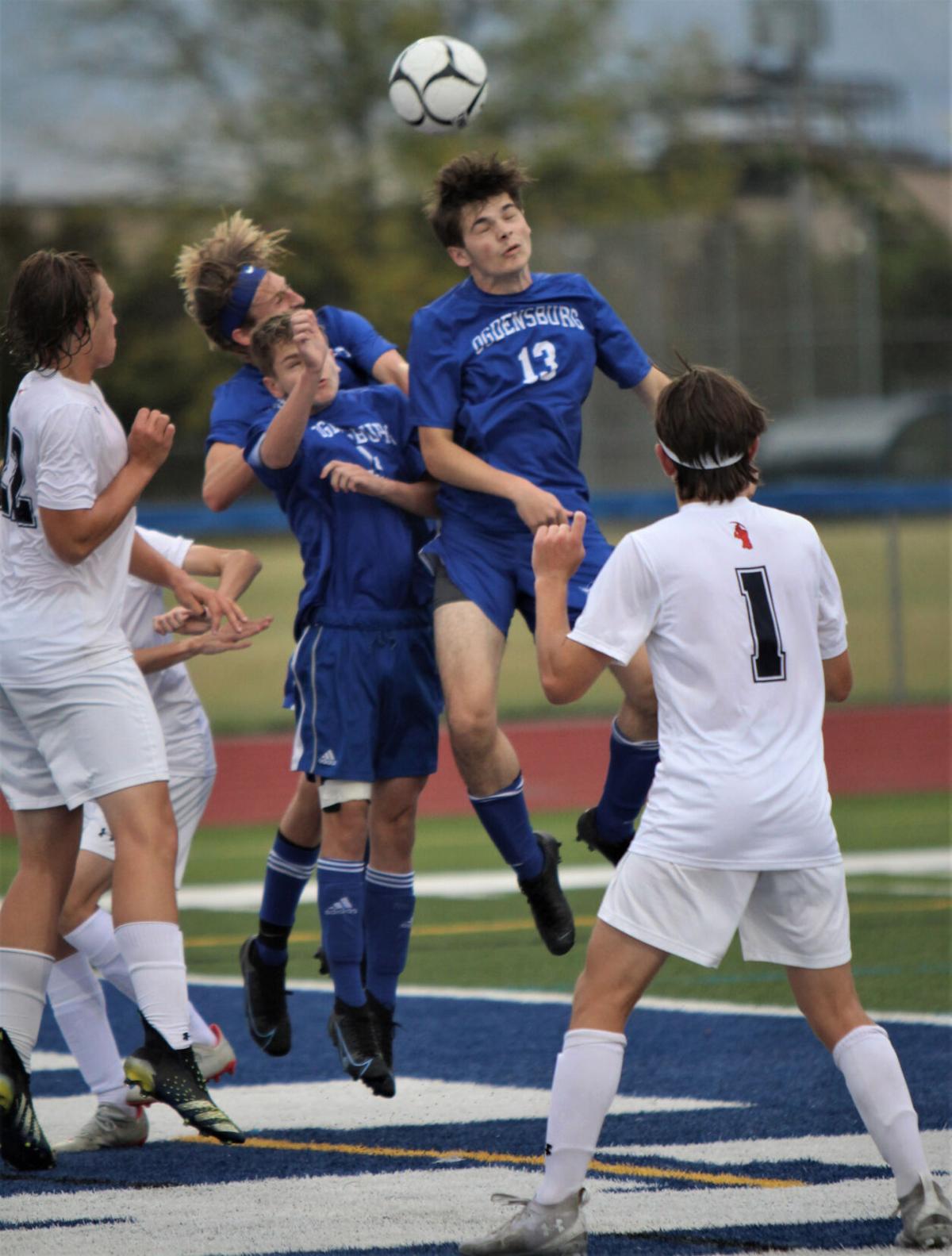 OFA’s Sam Price goes high to head a corner kick in a win over Potsdam on Sept. 23. Dave Shea/The Journal 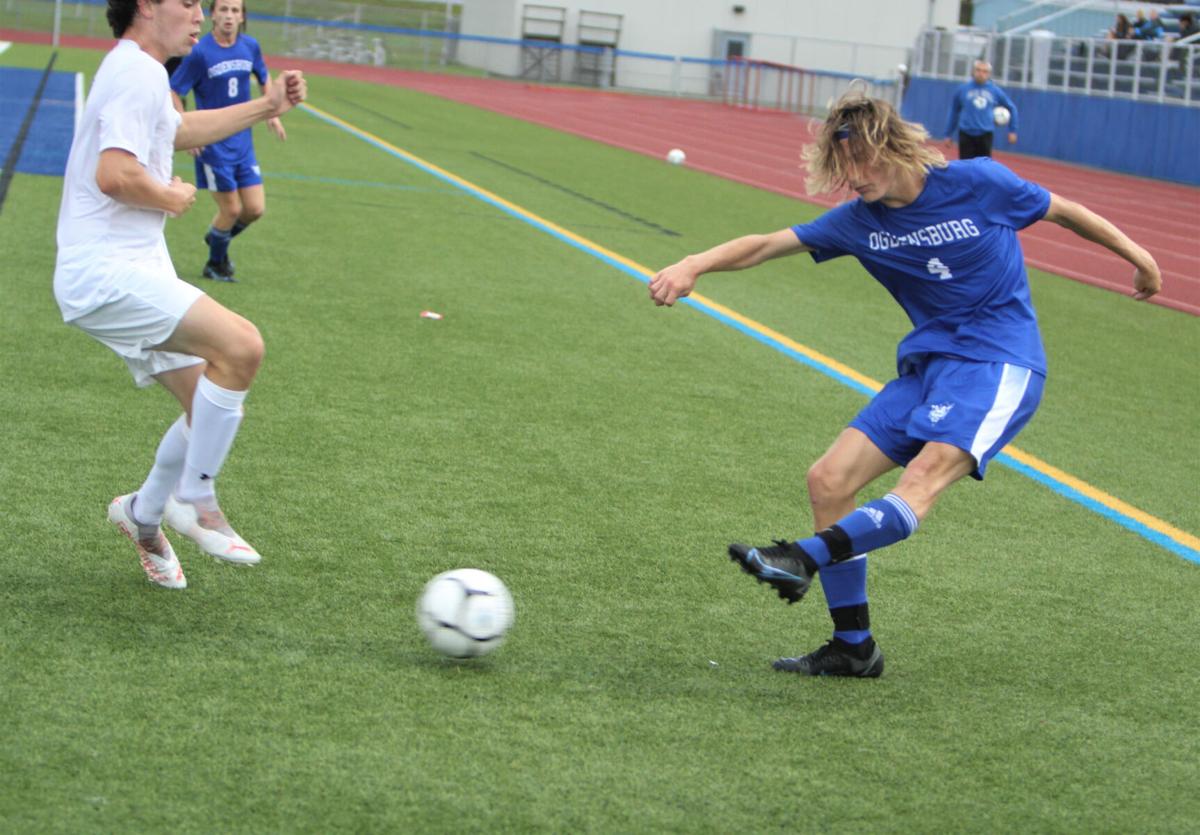 OFA’s Kam Johnson crosses the ball in a win over Potsdam on Sept. 23. Dave Shea/The Journal

OFA’s Sam Price goes high to head a corner kick in a win over Potsdam on Sept. 23. Dave Shea/The Journal

OFA’s Kam Johnson crosses the ball in a win over Potsdam on Sept. 23. Dave Shea/The Journal

Midfielder Holden Woods figured in two second half goals as the 4-2 Blue Devils raised their NAC Central to record 3-1 with their third straight win while dealing with a COVID-19 quarantines in a 2-0 win over Potsdam on Sept. 23.

“I told the guys after the game what a great job they all did. The played hard and they played together. When the quarantine hit I didn’t know what to expect and to go 3-0 was just amazing,” said OFA Coach Matt Morley. “Today we scored two nice goals and beat a Potsdam team with a great goalie (Ansen Herrick) and a team which had a chance to do some damage with a direct kick and four corner kicks in the final minutes of the game.”

Tyler Sovie continued his offensive production after moving up from the JV team breaking the 0-0 deadlock with 26:33 left in the game converting from Woods. Woods buried a low dart direct kick past a diving save attempt by Herrick (8 saves) with 17:28 to play.

Ryan Warchol stopped eight shots in the shutout and deflected two corner kicks over the crossbar and covered the deflection of another corner kick just a foot from the goal line.

Highlighting upcoming action will be the Devils hosting the renewal of the annual OFA vs Chazy nonleague series on Saturday at 11 a.m.