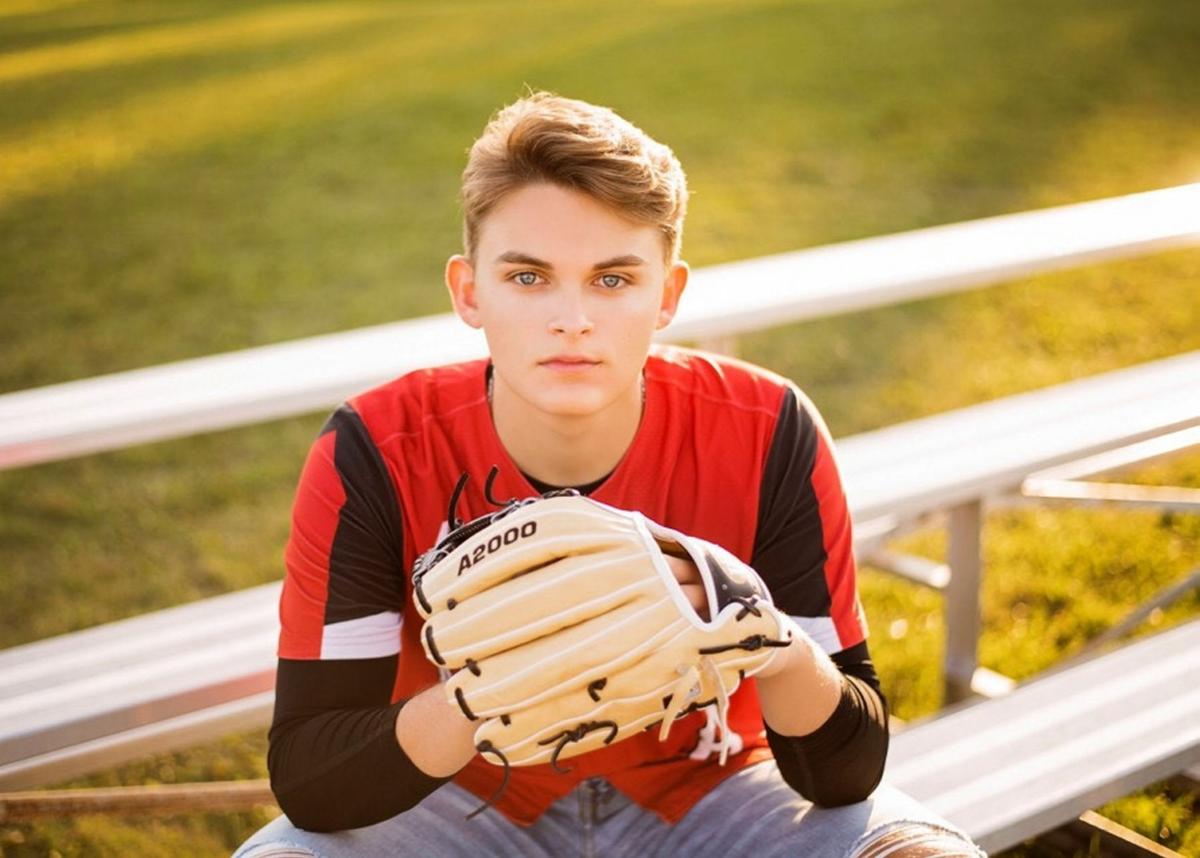 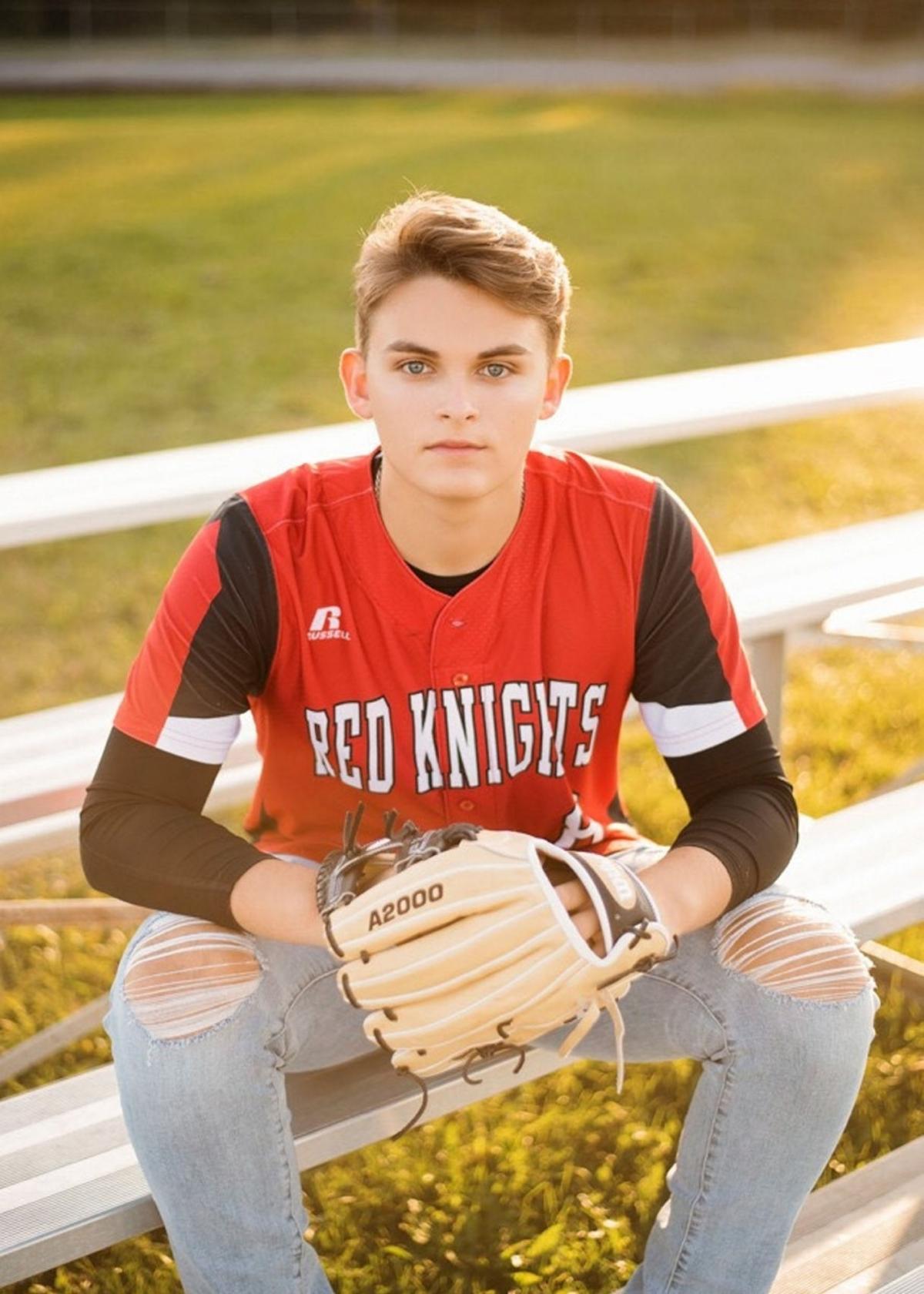 LAFARGEVILLE — By June 2018, LaFargeville’s Owen Parliament had already established himself as a local baseball star. The then-sophomore, fresh off of being named the Times All-North Frontier League baseball MVP, had already pitched his team to two Section 3 Class D final fours and one Section 3 Class D title.

He had made it on two All-North First Teams, and then in late 2018, he verbally committed to play Division I at Wofford in South Carolina.

Parliament has since made that commitment official, signing his national letter of intent Nov. 13.

The dominant two-way player, who, in his MVP season, pitched to an 0.81 ERA while batting .633, has easily made a name for himself in the north country.

However, that name has not been written in a high school lineup card or called by a PA announcer in quite some time, two years in fact.

The last time Parliament played a game in a high school uniform was in the 2018 Section 3 Class D semifinals against Oriskany, a game the Red Knights lost 2-1 on a walk-off, bases-loaded walk issued by Parliament himself — a sour ending to what was a dominant three-hit performance by the righty.

An injury in his pitching elbow, which began as a bone spur and ultimately resulted in torn ligament requiring Tommy John surgery last July, kept Parliament off the field in the months of April, May and June last season. Prior to his injury he played for Syracuse Sports Zone after the high school season ended.

The spring of 2020 was supposed to be his grand return to high school ball. It would be in a Thousand Islands uniform — LaFargeville hasn’t been able to field a team recently, so its remaining players joined the Vikings — and it wouldn’t involve pitching, but it would still be high school baseball.

Then COVID-19 hit, wiping out any chance for a season, along with every other high school spring sport in the country.

“I figured that after that second closing, we wouldn’t be able to play any spring sports,” Parliament said. “I just text some guys and for us seniors it’s disappointing. But it was a nice run with them there.”

Parliament has always been a worker, whether in organized practices or working out in his backyard with his younger brother, Wyatt. It isn’t uncommon to find the two of them playing catch or hitting in the cage.

But when hurling a fastball in a summer tournament game in Syracuse last July tore his ulnar collateral ligament, Parliament’s work changed. The bone spur that derailed his junior season became something much worse.

Despite a surgeon’s knife cutting open one of Parliament’s most valuable tools and the long recovery period that follows, he wasn’t necessarily afraid.

“It wasn’t really that scary because I’ve known guys who have had it this young,” Owen Parliament said. “It’s really not that uncommon of a surgery for baseball players. So, going in I wasn’t really too scared because I’ve seen what it’s done for other guys.”

Owen Parliament has kept in touch with those friends about the process and having that support system has helped him remain confident about coming out on the other end as strong as he was before.

One of the biggest misconceptions about Tommy John surgery is that it will automatically make a pitcher better. It’s a notion that’s far from truth.

“People think that once you get the surgery, everything is going to be better, you’re going to throw harder and stuff like that. That’s really not the case,” Owen Parliament said. “It’s really all the work you put in after the surgery. The surgery just helps you get your ligament back in place but it’s the work you do to get back to playing again.”

Afterward, Owen Parliament has altered his delivery and mechanics, changing his throwing motion from over-the-top to more of a three-quarters slot. His new workouts have helped get his arm into better shape.

The exercise focuses a lot on shoulder flexibility and stabilizing the elbow. Wyatt has also benefited from Owen’s training adjustments.

With his brother out all of last season, Wyatt Parliament assumed the role of staff ace for Thousand Islands, and in September, the sophomore verbally committed to play college baseball at Rutgers in New Jersey.

Wyatt is a tad taller than Owen, more wiry and he hits around 89 miles per hour on his fastball. So far, he’s steered clear of any injury and has begun to adopt some of Owen’s new workout techniques that could possibly help him remain healthy while his body continues to develop.

“It’s helped [Wyatt], knowing what to do more, what to train more, how to work on shoulders more and how to use more of their body in a different way. More hip rotations instead of just your arm,” said Scott Parliament, Owen’s and Wyatt’s father. “When you’re taught at a young age you don’t think of all those little things.”

It’s not a shock to Scott that Wyatt has followed his older brother when it comes to utilizing new workouts to keep their arms healthy.

According to their dad, Owen and Wyatt, separated by two years, are best friends. During this quarantine where interaction with people outside of the household is limited, Owen and Wyatt are filling their free time by doing things together.

Of course, there are baseball activities: hitting in the cage, throwing, working on sliders, changeups and curve balls. But the two have spent plenty of times on the basketball court while also occasionally going fishing.

For Owen Parliament, there was plenty to look forward to in the 2020 high school baseball season. There was his return to the Frontier League and baseball in general, but most importantly it was an opportunity to play with Wyatt again.

The two have played countless games together whether in school or on travel teams. Scott Parliament said it will be weird for Wyatt to play ball without his older brother on the diamond or in the dugout.

“They’re very close, it’s going to be tough for Wyatt, I think, when Owen leaves,” Scott Parliament said. “Just because they’ve been together forever you know; they’ve played on the same teams. It’s been a cool thing to watch.”

This is the longest Owen has gone without playing baseball and the next chance he’ll get to take the field is still up in the air.

He was offered to play for the Watertown Rapids prior to the Perfect Game Collegiate Baseball League canceling its season, and there’s still a chance he can play some games with Sports Zone if the travel season doesn’t isn’t affected by the coronavirus. If there are no opportunities to play baseball over the summer, Owen Parliament’s next opportunity to play can come in the fall when Wofford plays a handful of fall ball games.

He’s disappointed that he didn’t get that final high school baseball season, mostly because he’s missing out on the chance to play with his friends one last time. Sometimes he’ll go back and read old articles from his freshman and sophomore year, reminiscing about those LaFargeville teams that were championship contenders.

Despite not even realizing his high school baseball career was over when he was only a sophomore, Owen Parliament doesn’t feel cheated.

“It’s really sad to think about not being able to play but I wouldn’t say I was gypped because there are a still a lot of great years with those guys,” he said.