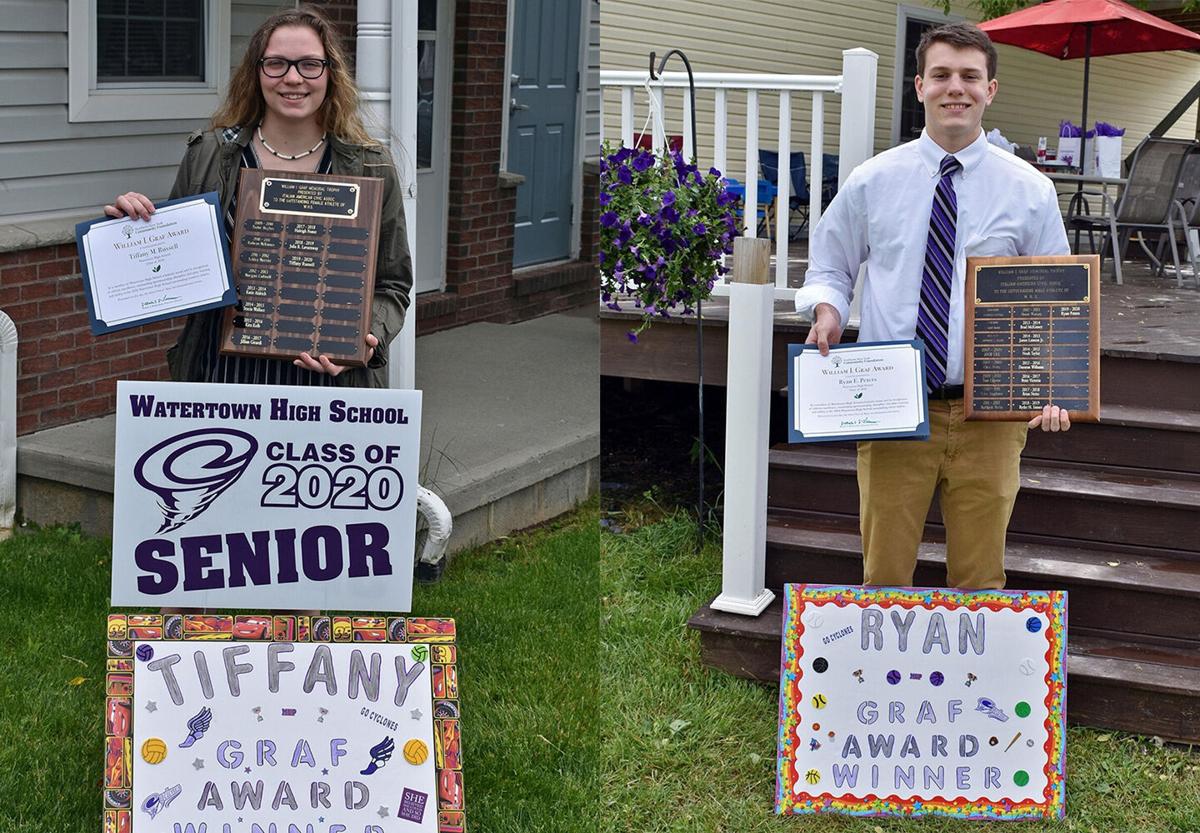 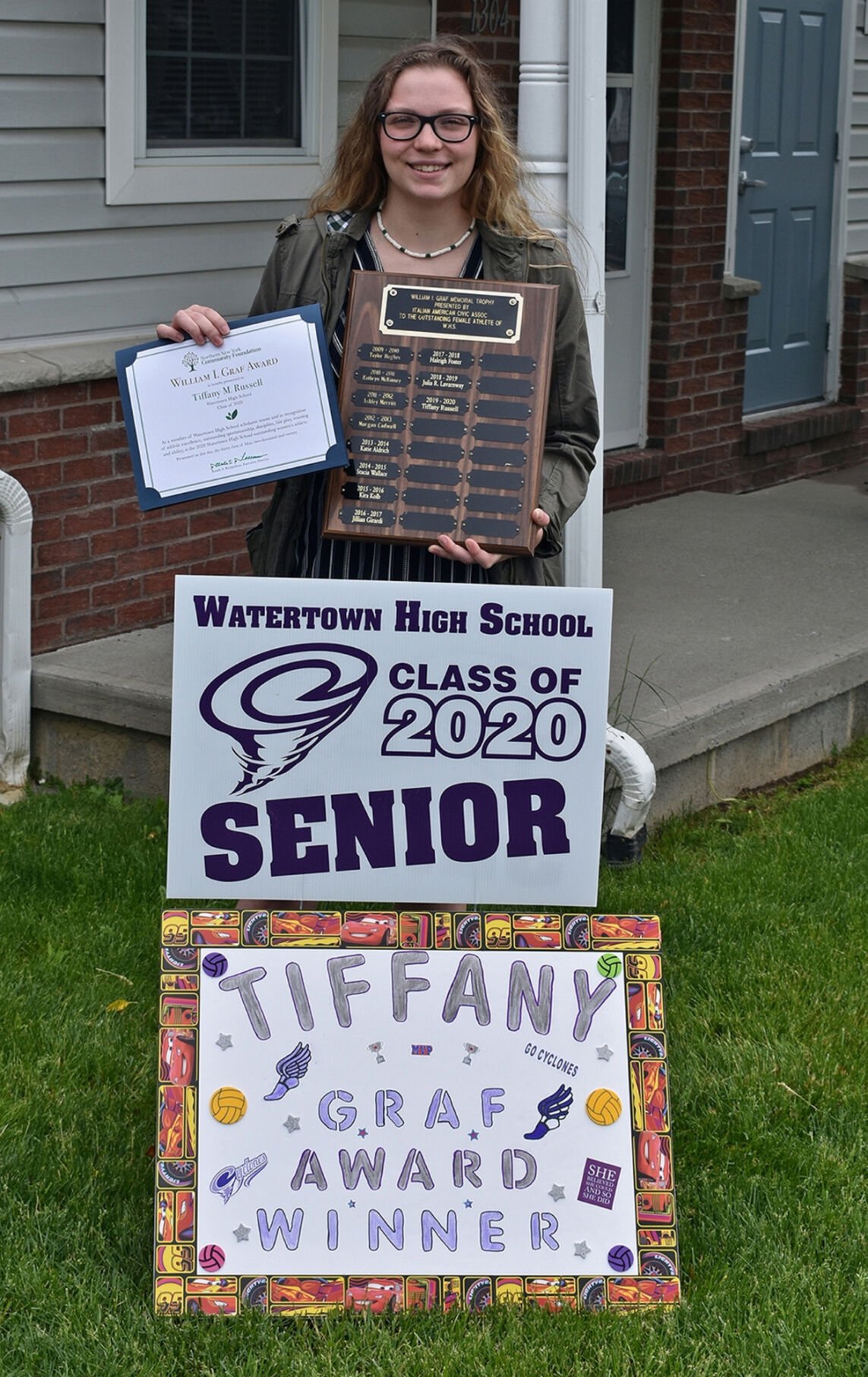 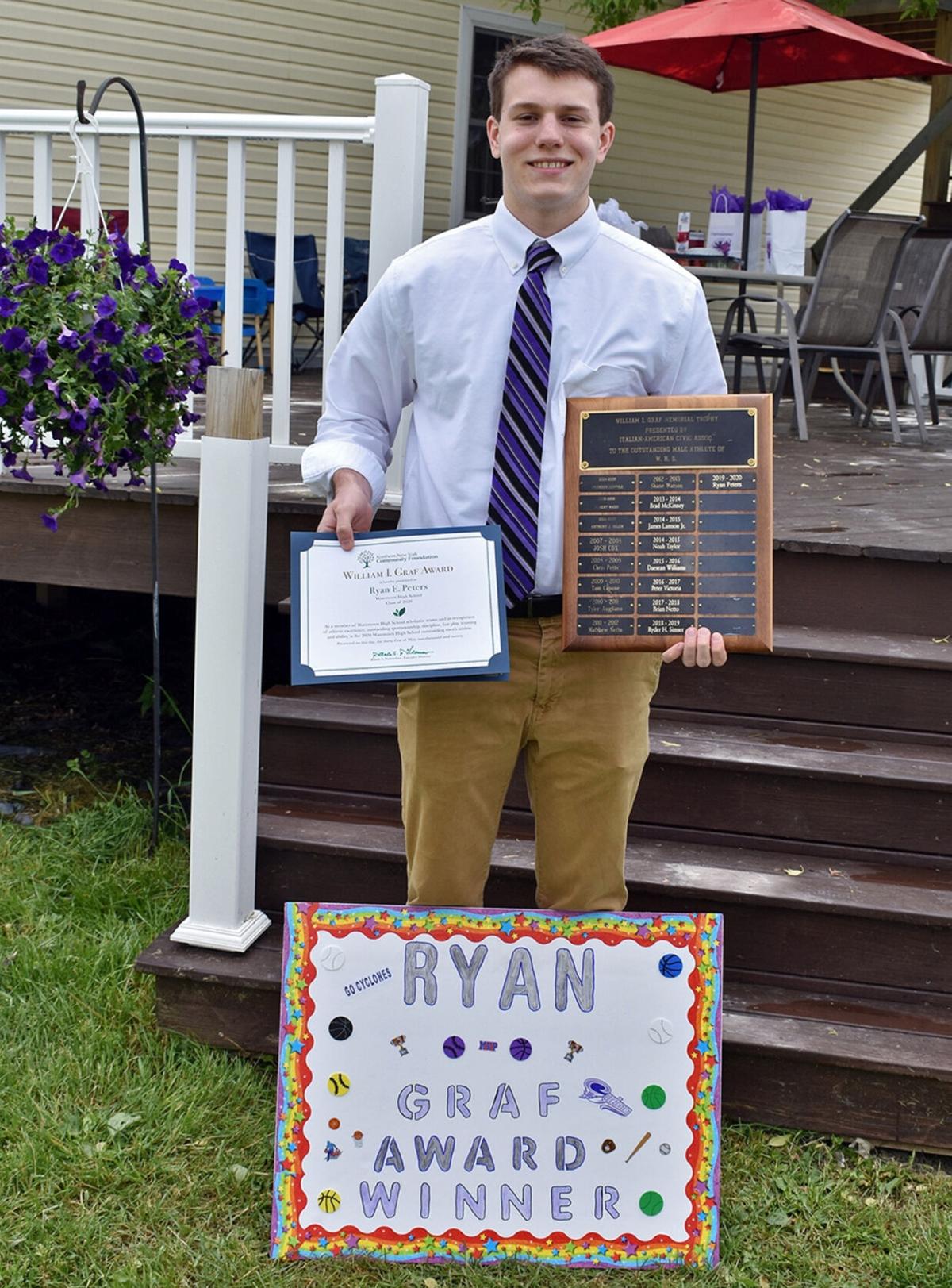 Watertown High School seniors Tiffany Russell and Ryan Peters were honored as recipients of the annual William I. Graf Award on Sunday.

Russell excelled for the Watertown track and field team and also played for the volleyball team for four years. Russell won the Section 3 championship in the pentathlon in 2019, qualifying for the state championships in the event. Russell is also the reigning Frontier League champion in the long jump. She was team captain in track and field her junior and senior years.

Russell also captained the volleyball team her junior and senior seasons. She was named an honorable mention All-Star as a freshman and sophomore.

Russell, the daughter of April McConnell and Allen Russell, plans to pursue her college education in veterinary science.

Ryan Peters excelled for the Cyclones in basketball and baseball his junior and senior years. He also participated in both sports, as well as cross country, his freshman and sophomore years.

Peters was a three-time Frontier League all-star in baseball and a Times All-North selection in the sport his freshman, sophomore and junior years. He captained the baseball team as a junior and senior.

Peters also won league all-star status in basketball as a junior and senior and finished his career 12th all-time in WHS scoring all-time. He won the league “A” Division Most Valuable Player Award his senior season.

Peters, the son of Lori and Eric Peters, plans to attend Herkimer County Community College in the fall where he expects to play baseball and major in physical education.

The Graf Award was created in 1954 by the Italian-American Civic Association to honor Graf’s leadership and civic engagement in the community. Graf coached multiple sports for Watertown and also served as athletic director.

Graf Award honorees are expected to have participated in at least two varsity sports in their senior year and demonstrate exceptional character and sportsmanship.