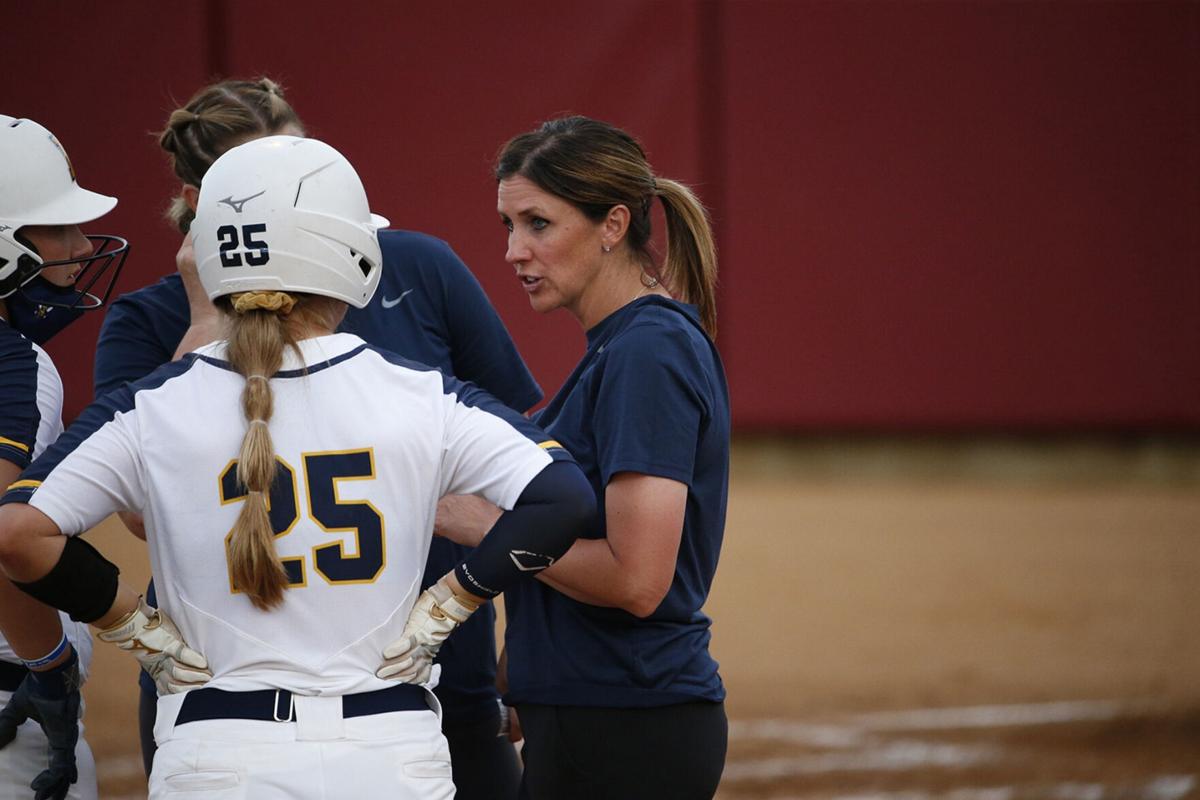 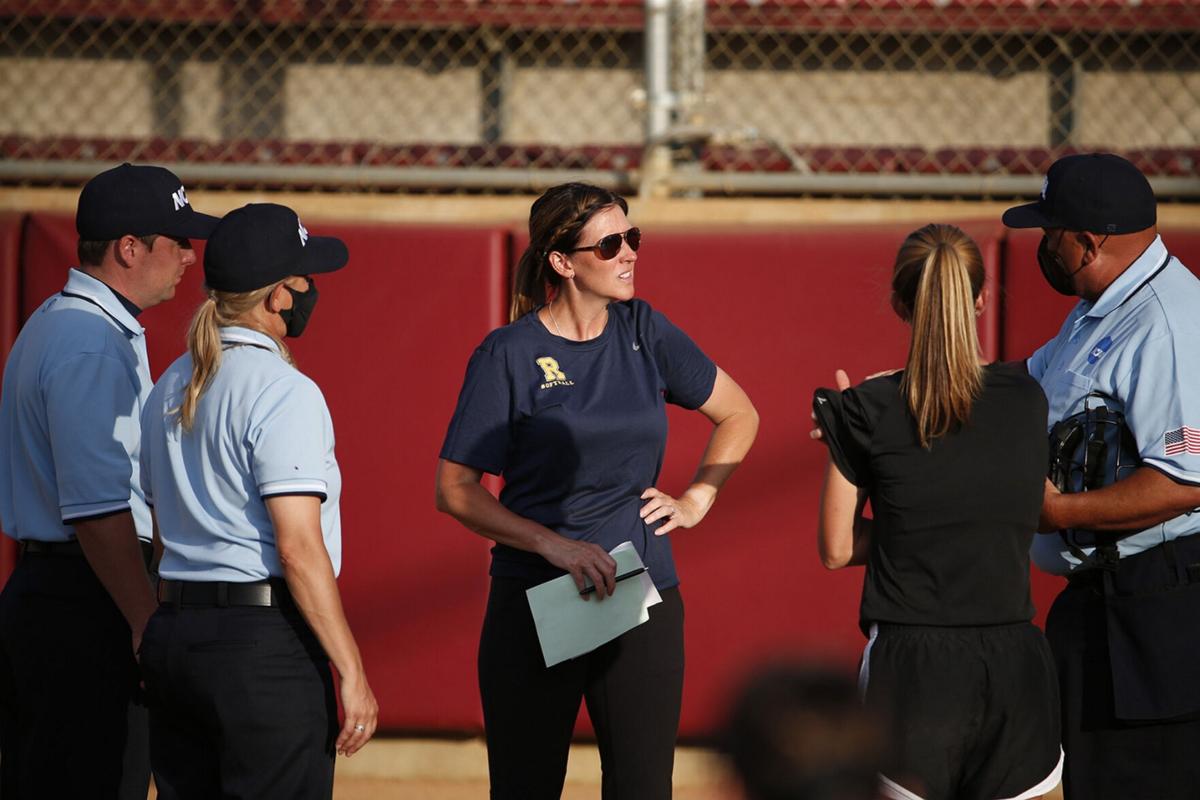 University of Rochester softball coach Margaret Yerdon-Grange, center, is shown during the pregame meeting before facing Birmingham-Southern College in the NCAA Division III Tournament on May 27 in Salem, Va. Rochester Athletic Communications photo 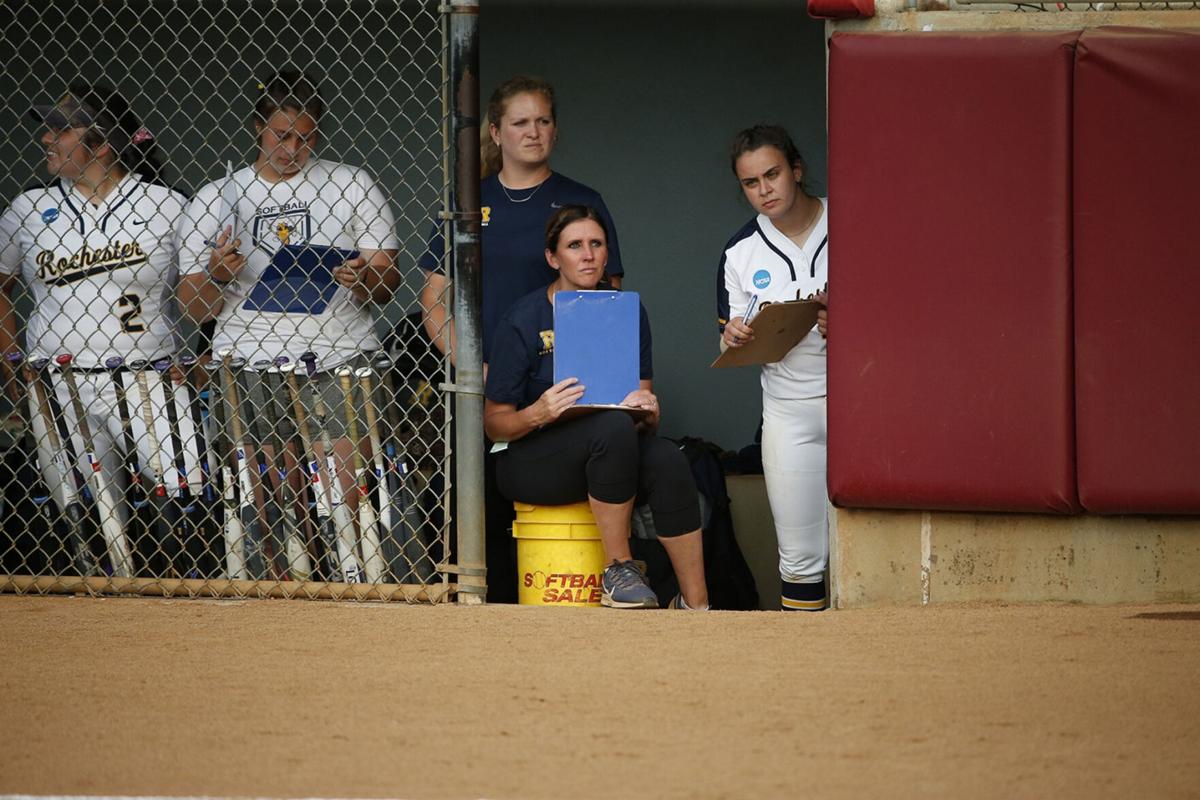 University of Rochester softball coach Margaret Yerdon-Grange, seated in the dugout, is shown during an NCAA Division III Tournament game against Birmingham-Southern College on May 27 in Salem, Va. Rochester Athletic Communications photo 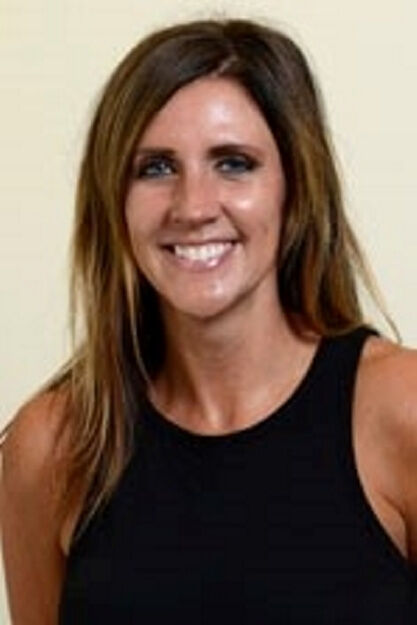 University of Rochester softball coach Margaret Yerdon-Grange, center, is shown during the pregame meeting before facing Birmingham-Southern College in the NCAA Division III Tournament on May 27 in Salem, Va. Rochester Athletic Communications photo

University of Rochester softball coach Margaret Yerdon-Grange, seated in the dugout, is shown during an NCAA Division III Tournament game against Birmingham-Southern College on May 27 in Salem, Va. Rochester Athletic Communications photo

SANDY CREEK — Margaret Yerdon-Grange developed her softball skills by pitching at a target outside of Pat McDougal’s Sandy Creek classroom, igniting a work ethic that has led to joining her former coach representing the Comets in the NYS Softball Hall of Fame.

Yerdon-Grange was inducted by the New York State Sportswriters and Coaches Organization for Girls Sports as a pitcher/infielder for its softball Hall of Fame Class of 2020, which was enshrined earlier this summer at the Mudville Softball Complex in Herkimer due to last year’s COVID-19 postponement.

The 1997 Sandy Creek graduate, who recently finished her 12th season as head softball coach for Division III University of Rochester, was unable to attend the ceremony due to recruiting commitments but called it an honor to be selected.

“I’m humbled to be included with so many other great players, and it’s also just about all the people who helped along the way, coaches and teammates who made it possible, so it was a great honor,” Yerdon-Grange said.

Yerdon-Grange became the second Sandy Creek figure inducted by the NYSSCOGS committee and joined McDougal, her former coach who was enshrined as part of the inaugural class in 2012.

She played six varsity seasons for the Comets and garnered all-state honors five times — three first-team selections to go with a pair of third-team appearances — and was named the All-State Co-Player of the Year for Class C in 1997.

She helped lead the Comets to their first state championship as a senior, her third time reaching the state semifinals, before moving on to play for Binghamton as the program transitioned to Division I status by 2000.

Yerdon-Grange holds the career records for strikeouts (431) and earned run average (1.40) for the Bearcats.

“I knew the girl deserved it long ago and I’m glad her time finally came,” McDougal said.

“She was just one that would come out and work,” she added. “There was a pitching target on the wall outside my classroom, and she would throw at that target for hours at a time as a young kid and just came along very well as an athlete and developed the skills to become the great pitcher and hitter that she was.”

Yerdon-Grange credited the commitment to offseason travel teams by McDougal and her mom, Molly Yerdon — a longtime assistant to McDougal that coached teams in the youth program — for helping fuel the success of she and her teammates, especially during the 1997 breakthrough state title campaign.

Yerdon-Grange pitched a three-hitter and delivered an RBI triple to highlight Sandy Creek’s 3-2 victory over Maple Hill in the 1997 state final to cap off her decorated high school career.

McDougal also fondly recalled Yerdon-Grange’s first major postseason performance during a Section 3 semifinal game while she was in eighth grade. Her older sister and the Comets’ ace, Jessica Yerdon, jammed her finger warming up to start the game and was unable to pitch.

The matchup was recorded by media covering the opposing team with announcers on hand, as McDougal recalled, and she laughed watching afterward as their tone quickly changed moments after excitedly breaking the news that Sandy Creek was unexpectedly starting an eighth-grade pitcher.

“We put Margaret in that game, and she threw a one-hitter, and that announcer was just in awe,” McDougal said. “He’d say: ‘Well I thought we had something going until we actually saw this younger girl.’ That game just showed that she was born for it.”

Yerdon-Grange spoke to the joy of sharing big moments with her mom and sisters throughout her high school playing career, and said she remains close friends with many of her Sandy Creek teammates.

“I think it’s really about all of the teammates that you get to play with,” Yerdon-Grange said.

“I’m still friends with some of those people today and that’s what makes it special, obviously winning makes it special, but being able to play with friends and having that team chemistry is something that was really special. You don’t realize how important that is until you go to play in college.”

Yerdon-Grange has carried success into her coaching career, posting an overall record of 281-182 and a mark of 101-34 in the Liberty League in 12 seasons guiding Rochester.

She led the Yellowjackets to a 35-10 overall record and the fifth NCAA Division III Tournament berth of her tenure this past spring and along with her assistant coaches, was named the NCAA Northeast Region Coaching Staff of the Year in June.

Yerdon-Grange has cultivated that consistency by instilling the same principles she learned while starring for the Comets regarding team unity and a shared belief in their abilities.

“I think that we at Sandy Creek, Pat McDougal and my mom and the players that came before us, really laid the foundation for that,” Yerdon-Grange said.

“We were going to be competitive every year in the Frontier League and in the state as well, and that was just expected, there wasn’t a thought that we wouldn’t be in sectionals. I think the U of R players have that same mentality of: ‘We’re of course going to be in our conference championship, and we want to go to the NCAAs.’ When you always have high goals, I think that translates into reaching those goals.”