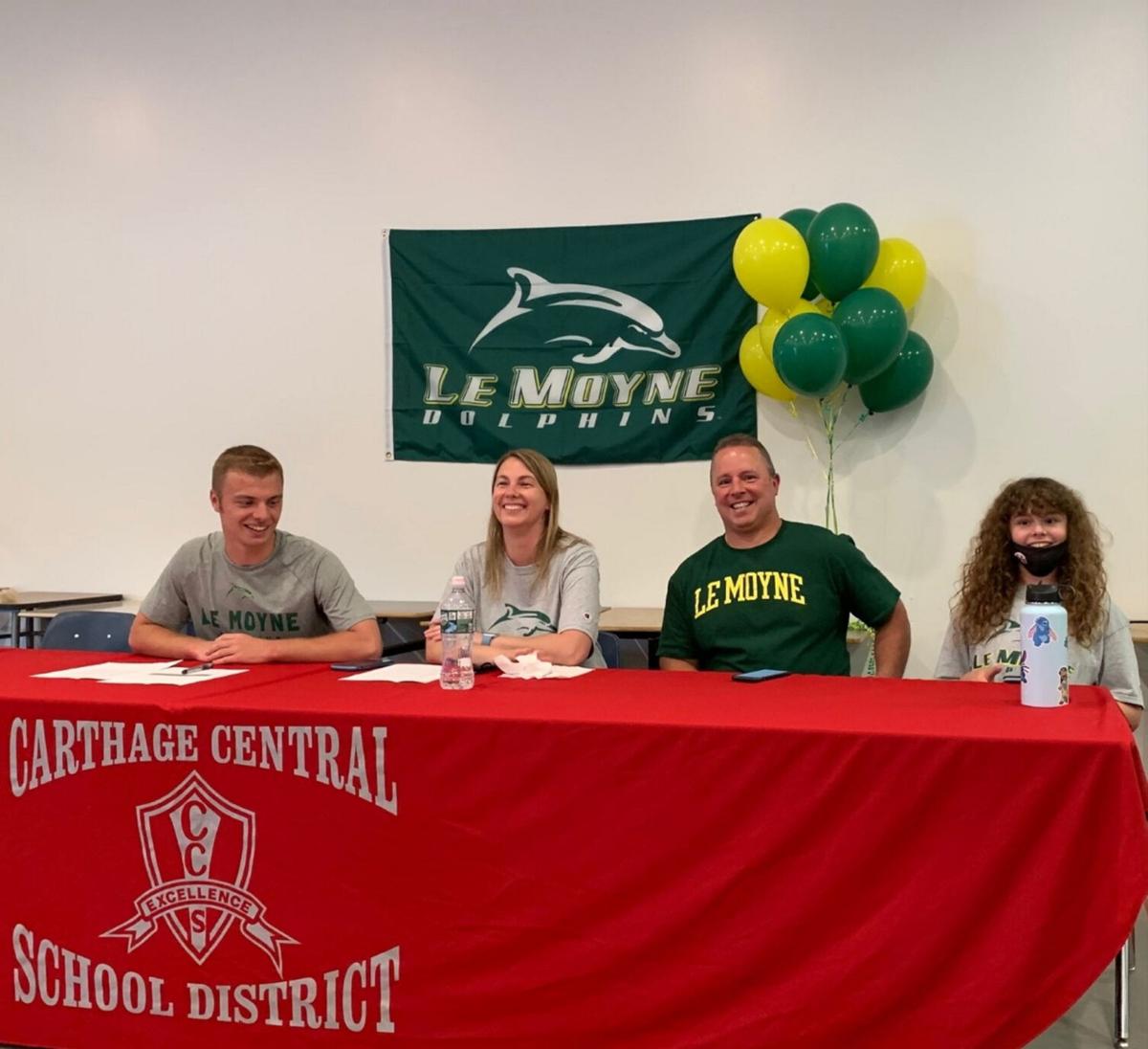 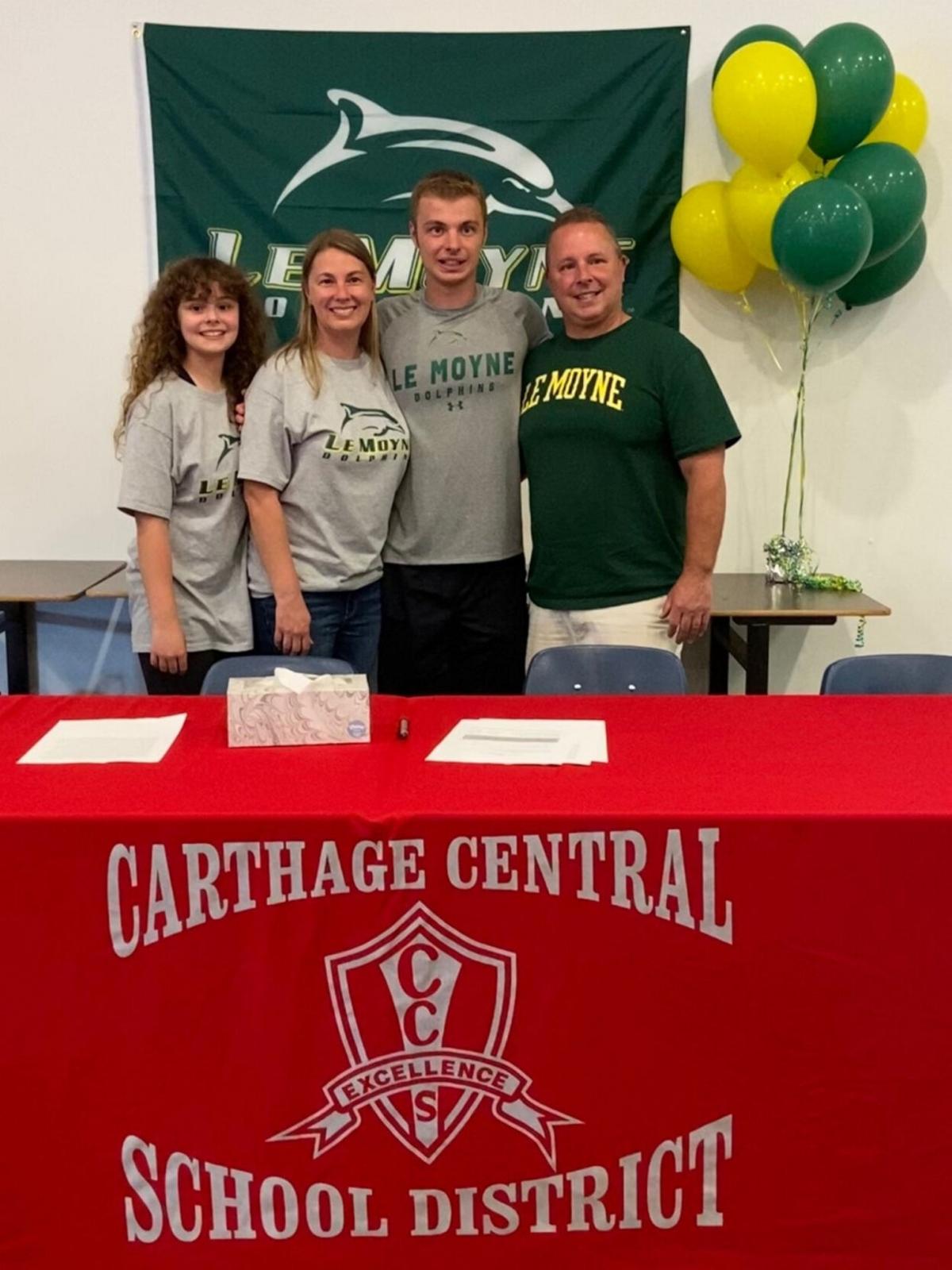 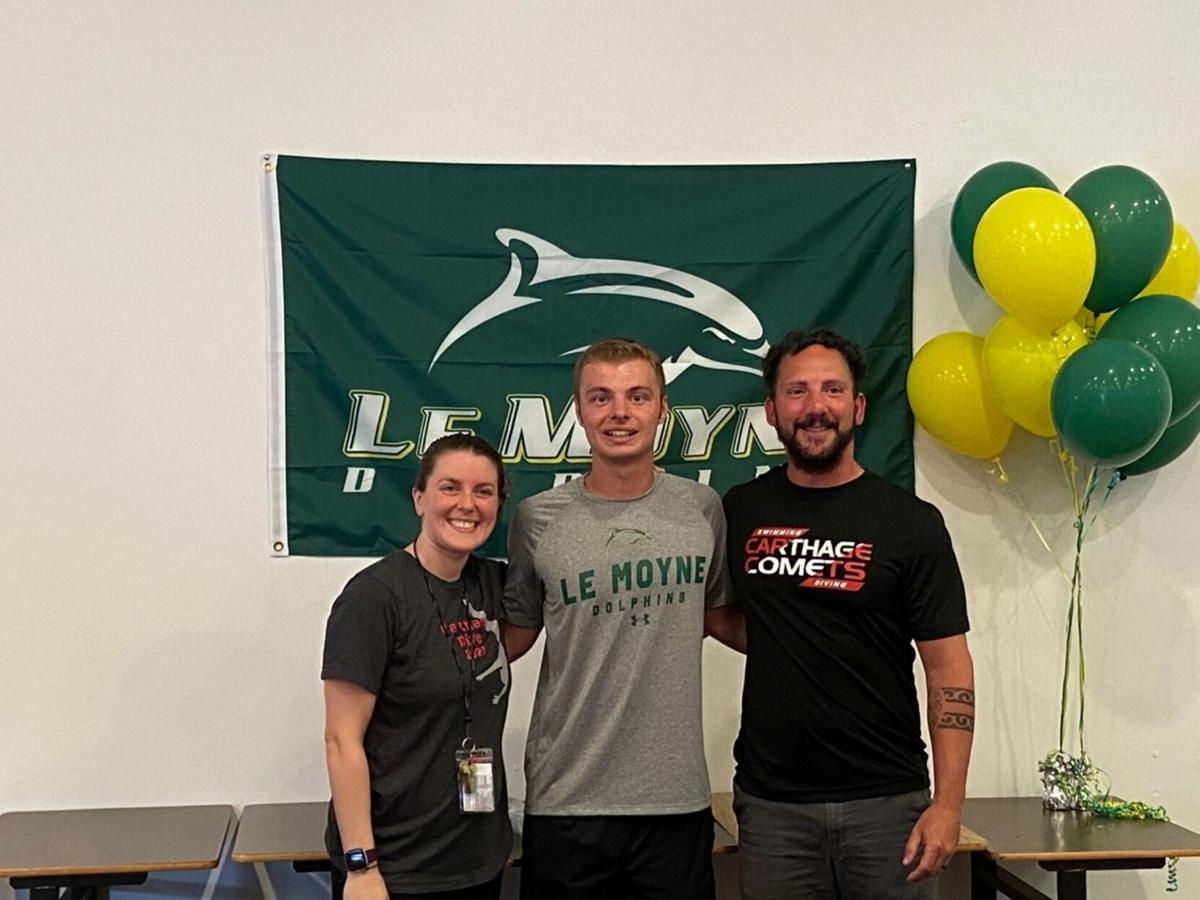 Jason Badalato celebrated his college signing day by putting in work at the pool.

The Comets senior signed his national letter of intent to swim with Division II Le Moyne in Syracuse on Wednesday. Badalato has been one of the best swimmers over the last few seasons for the Carthage program and set a school records in the 100-meter butterfly and 500 freestyle. He helped the Comets to a strong season in the Frontier League “A” Division through an abundance of virtual meets.

Badalato signed his letter of intent after 2 p.m. at Carthage High School and then hopped in his car to make the trip to Mexico High School to swim with his club team, the Tiger Sharks, later that afternoon. The the trip takes more than an hour each way, but he knows it’s part of his training regimen.

He’ll fulfill a dream of becoming a college swimmer, which is something he’s had designs on since junior high school. He had participated previously with the Watertown YMCA and has been training in Mexico the last couple of seasons.

“It was always my goal become a college swimmer since I was 13-14 years old,” Badalato said.

The Dolphins finished 4-5 overall and 2-2 as a team in the Northeast 10 Conference. Le Moyne finished third in the league meet and will look to get its first winning season since it went 6-3 overall in the 2016-17 campaign and first Northeast 10 winning mark since 2014-15.

Badalato will reunite with former Blue Sharks teammate Ben Cisco, who swam in high school with Watertown, and get to be part of team that welcomed him as a recruit.

“The community is very good, the school is very good and all my teammates were happy to have me,” Badalato said.

Badalato is also looking forward to swimming against other teams in competitive meets in person. This year’s Frontier League season was conducted mostly in an all-virtual format due to COVID-19 safety restrictions.

“(Having a virtual season) was really tough to adjust to,” Badalato said.

There was also no sectional competition for the 2020-21 season. Badalato had won a sectional crown in during the 2019 sectionals in the 100 butterfly in Class B.

“I was pretty nervous at first that we wouldn’t have a season, but I was excited we got to have one,” Badalato said.