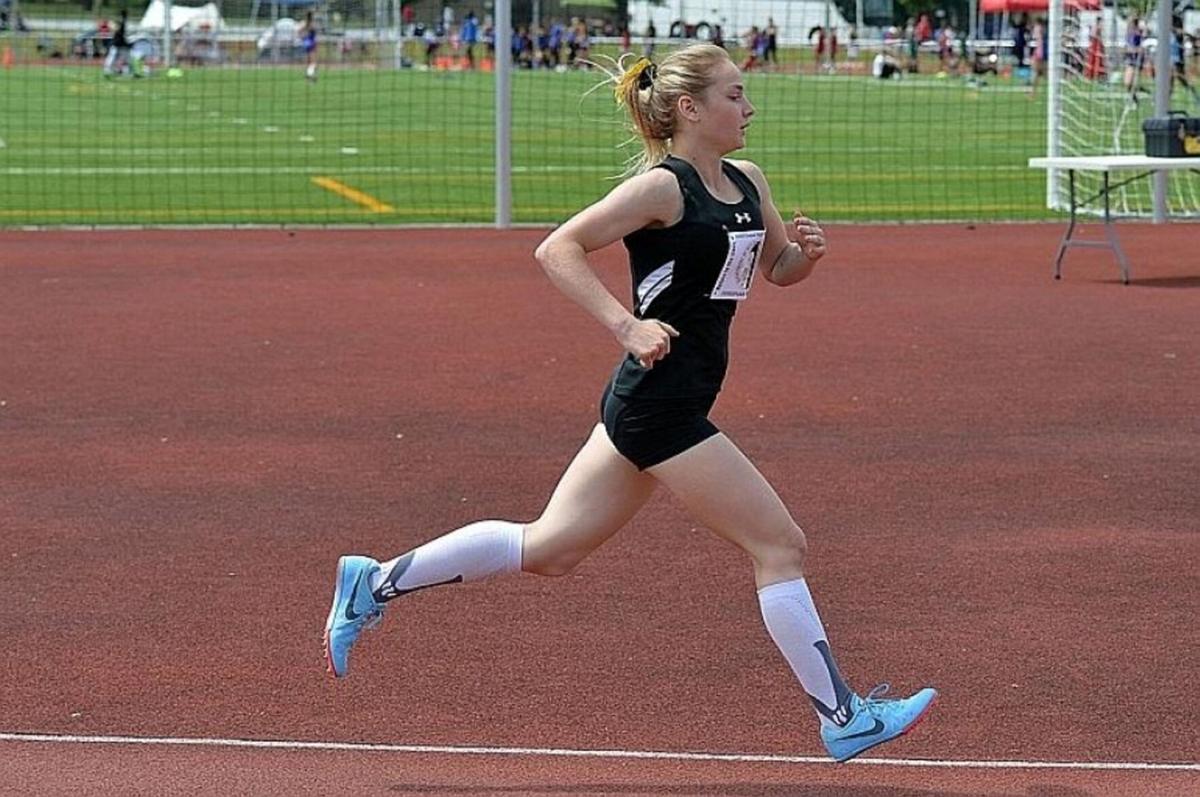 Carthage’s McKinley Fielding ran for six years in Stuttgart, Germany before coming to the north country in 2020. Provided photo 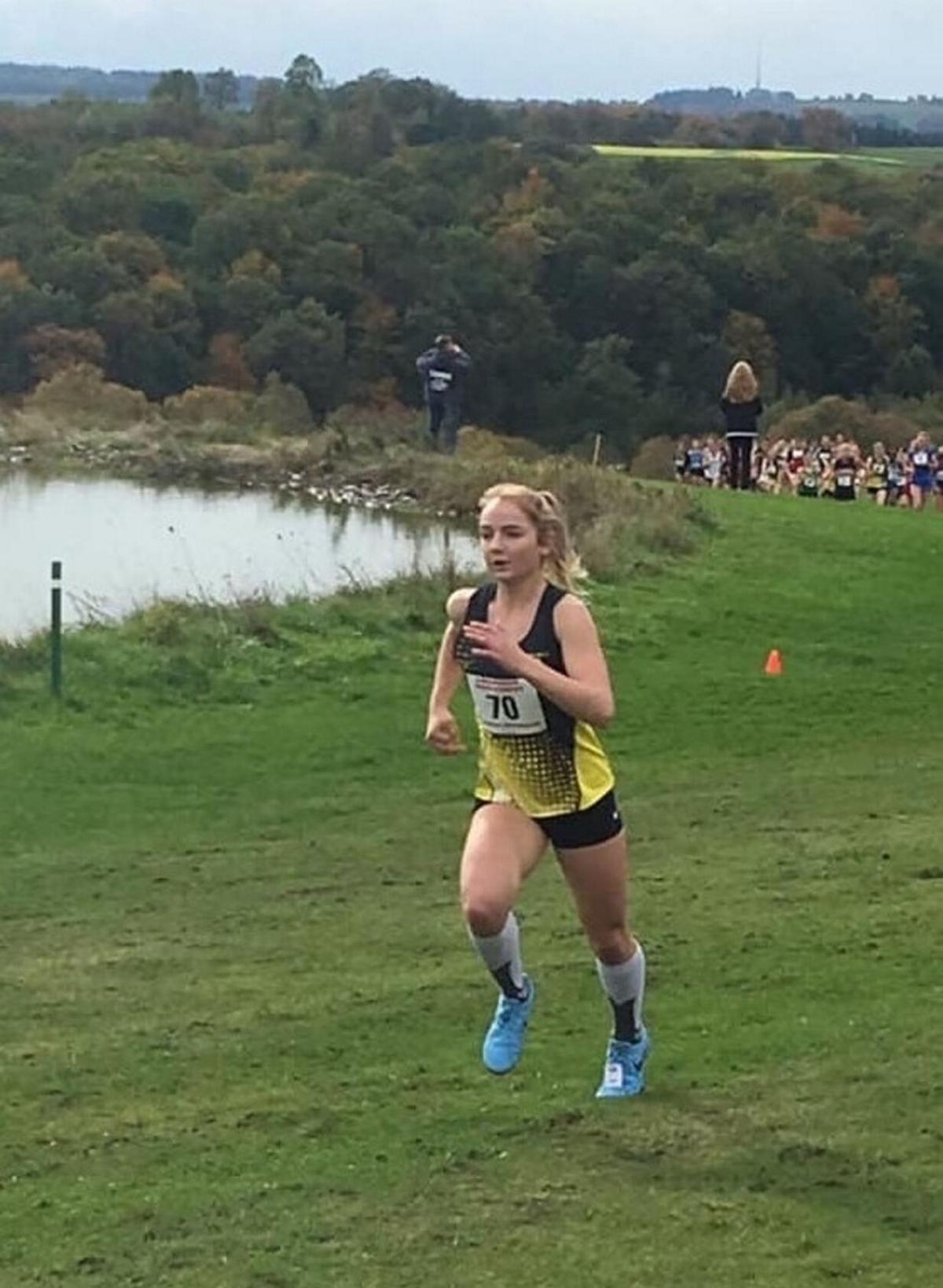 Carthage’s McKinley Fielding participated in her first high school races in the U.S. during the fall, but has still yet to compete for the Comets this school year. Provided photo 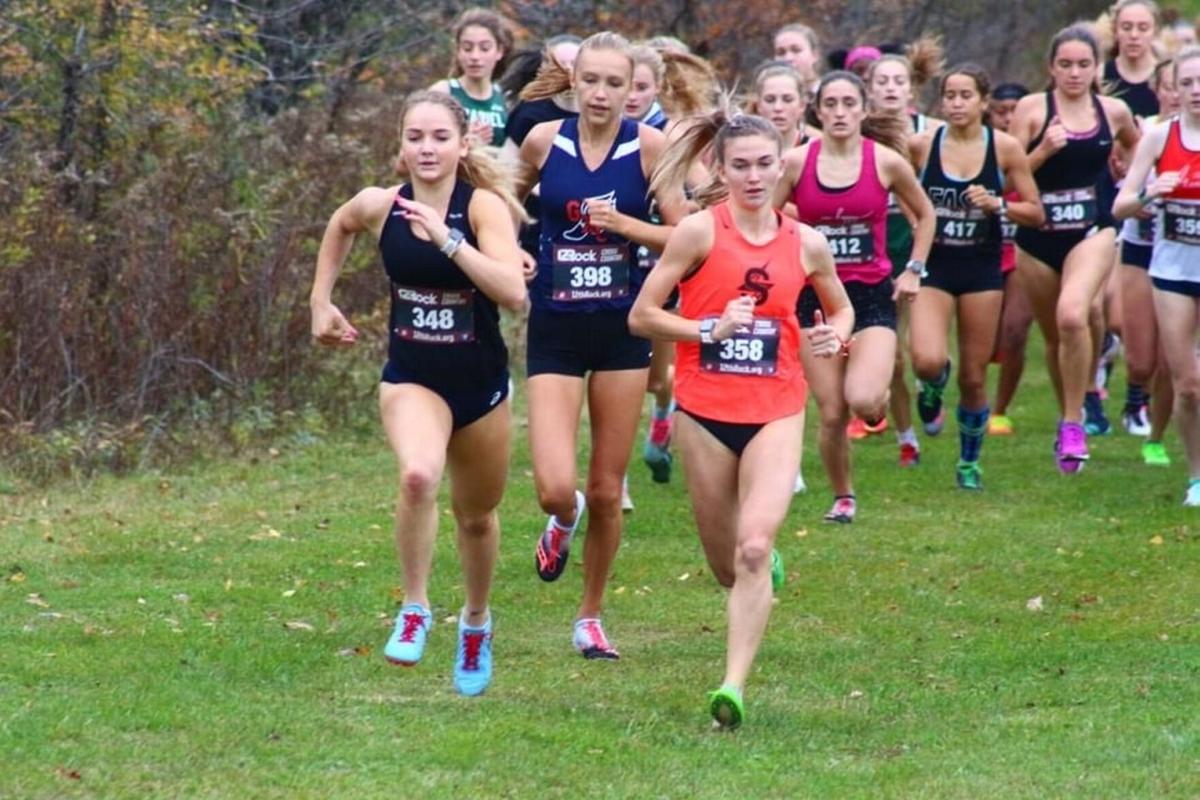 Carthage’s McKinley Fielding, left, competed in several cross country races out of state this past year, facing some of the top runners in the Northeast. Provided photo 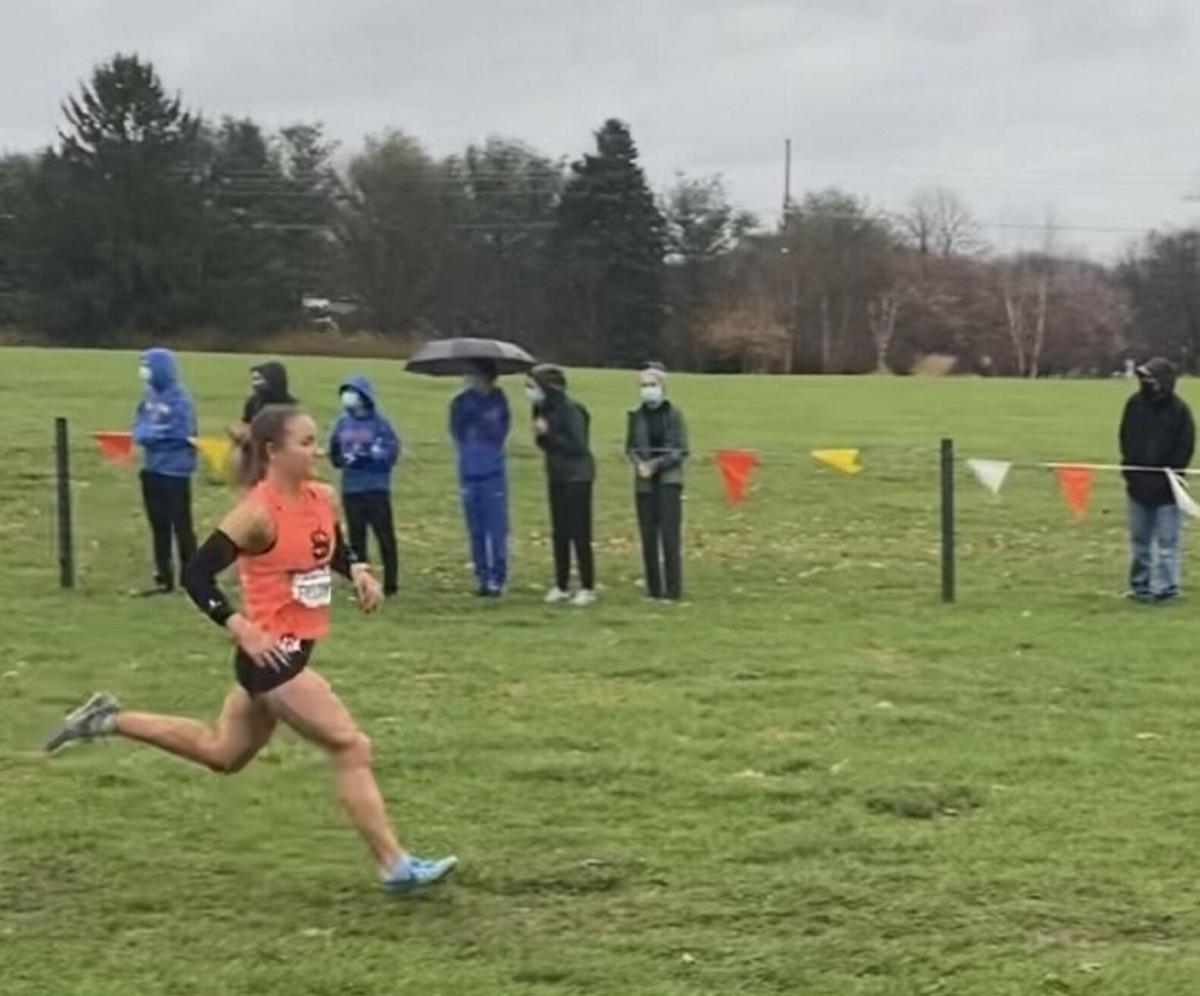 Carthage’s McKinley Fielding hopes to be back to racing toward the end of the track and field season as she’s healing from a fracture in her hip. Provided photo

Carthage’s McKinley Fielding ran for six years in Stuttgart, Germany before coming to the north country in 2020. Provided photo

Carthage’s McKinley Fielding participated in her first high school races in the U.S. during the fall, but has still yet to compete for the Comets this school year. Provided photo

Carthage’s McKinley Fielding, left, competed in several cross country races out of state this past year, facing some of the top runners in the Northeast. Provided photo

Carthage’s McKinley Fielding hopes to be back to racing toward the end of the track and field season as she’s healing from a fracture in her hip. Provided photo

Frontier League track and field fans may have to wait for Carthage junior McKinley Fielding to make her season debut, but she’s ready to hit the ground running when she’s cleared.

Fielding, an experienced runner who specializes in distance running, is recovering from March 8 hip surgery to repair a fracture. She had three screws put into her side to help the break heal.

The Comets junior came to the north country in 2020 after spending the last six years in Stuttgart, Germany, where she ran against other schools with children of U.S. Army parents, Fielding has also spent time in Georgia, at Fort Benning and Savannah.

She came back to the United States prior to the start of the 2020-21 school year, but the COVID-19 pandemic canceled the traditional fall cross country season for Jefferson County schools. Fielding was disappointed that she couldn’t represent Carthage during the fall.

“I was really sad because it was going to be my first sports season in America,” Fielding said.

Fielding may not have been able to compete in area high school races, but dominated distance races at other venues, like the Rock Cross Country Series in Middletown in October, and often won by comfortable margins. Those races allowed her to compete in events against talented runners such Hannah Ielfield of South Lewis, Tully’s Brooke Rauber and Connecticut-based Kate Wiser. The competition level has increased greatly since her return to the U.S., but Fielding is glad to test herself against some of the best in the Northeast.

“In Europe, I’d often be a front-runner and win by a lot and lap the field,” Fielding said. “(Racing in the U.S.) was definitely an adjustment and I learned how to stay back.”

She raced unattached in special fall meets and often traveled to New Jersey to run in the 3,000- and 5,000-meter events.

Fielding set a personal-best in 17 minutes, 14.34 seconds for the 5,000 in the GSTC High School Fall Showcase Meet -1 hosted by the Garden State Track Club and finished third behind Rauber, who is committed to North Carolina State.

Her family has an athletic background as her father, Lt. Colonel Benjamin Fielding, was a talented wrestler and her brother, Ben, reached the NCAA Division II tournament with Belmont Abbey in North Carolina. McKinley started wrestling at age three and even took on former Copenhagen standout Riley Dalrymple at a young age.

Fielding stepped away from the sport to concentrate on running, but still uses the lessons from wrestling in her running.

Despite not being able to compete at season’s start, Fielding is still lending a hand with her new team. She’s been offering tips to the team’s distance runners. She said that Carthage coach Jim Goodenberry has patient about her progress.

“He’s been great and nothing but understanding about everything,” Fielding said.

She hopes to compete by the end of the month, but will be ready for summer races that start June 22. Fielding has been putting in rehab work, but is limited in what she can do. She participate in swimming for the Comets during the winter season, but wants to do more.

“It’s been really hard to not do too much,” Fielding said. “My doctor has been keeping an eye on me.”

Outlook: Carthage will look to get points from Derrick Sciarabba for the sprints, Wayland Horton in distance events and Gavin Lajoie in the pole vault. Indian River has a younger squad, but Hector Ramos was unbeaten in the cross country season. Watertown will look to Jude Converse as a contender in the sprints and Matthew Cole in middle distances.

Outlook: Beaver River has a new coach in Tim Freed, lower numbers and a younger squad, but they do have Cory Demo, who will compete at Division I Buffalo in the fall. South Lewis gets first crack at trying topple Beaver River, who won the Frontier League meet in 2019. Sandy Creek is looking get back in the win column with Jason Moyer as its new coach.

Outlook: South Jefferson has talented distance runner Alexa Doe and Elise Hill in the wheelchair shot put and sprint. Watertown is a young team, but the Cyclones are excited about Anna Kenepp in the 800 meters and pole vault, Cherokee Bledsoe in the 100 dash and Eloise Johnson in the 400. Indian River will rely on Cassidy Cook in the shot put and Jaylynn Stark in the 400. Carthage is younger team and hopes McKinley Fielding will return for the tail end of the season.

Outlook: South Lewis is looking for an unbeaten season and has swept the regular season and league meets the last few years. The Falcons boast Mississippi-bound Hannah Ielfield along with talented Lexi Bernard, Brynn Bernard, and Abby Durgan. Beaver River has a young roster and Nicole Kuhl as the team’s new coach. The Beavers will lean on Chelsea Greenwood, Peyton Smith and Rachel Streeter. Lowville is also youthful and has hurdles specialist Eliana Bonbrest. Jeff Klopotowski shifts over the girls side to coach Sandy Creek.