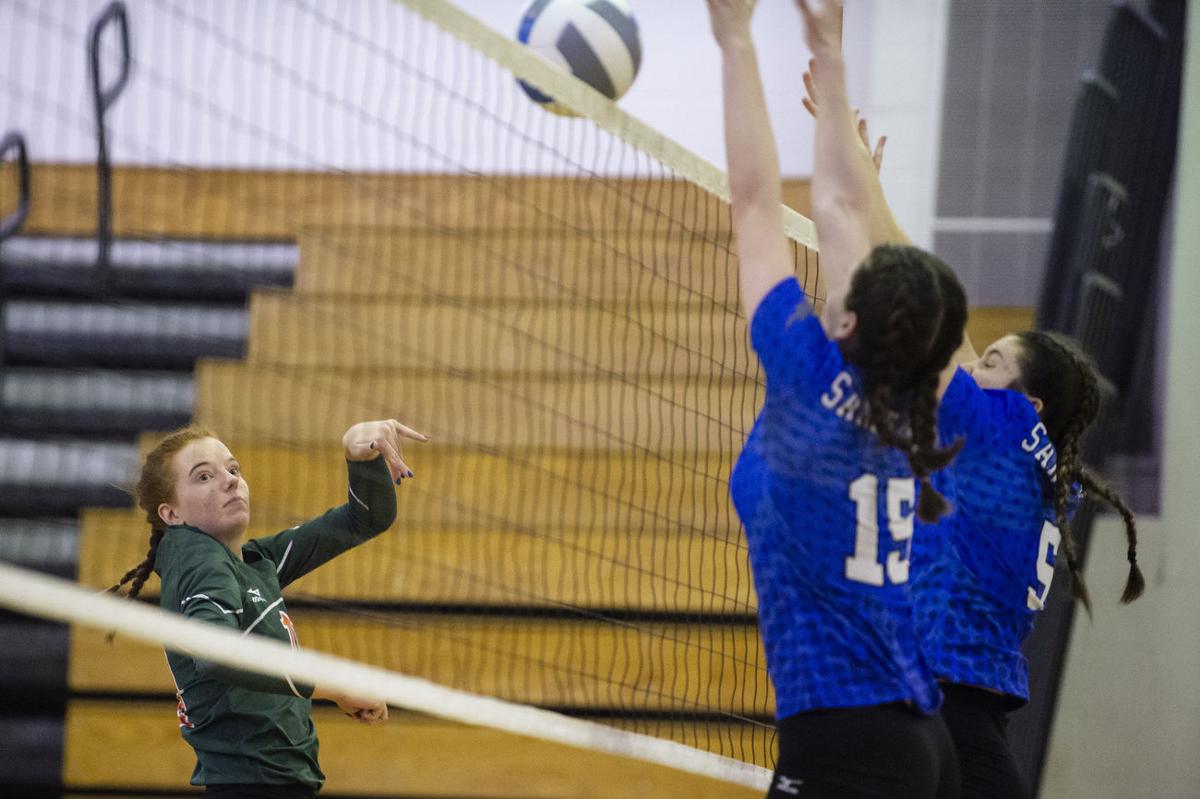 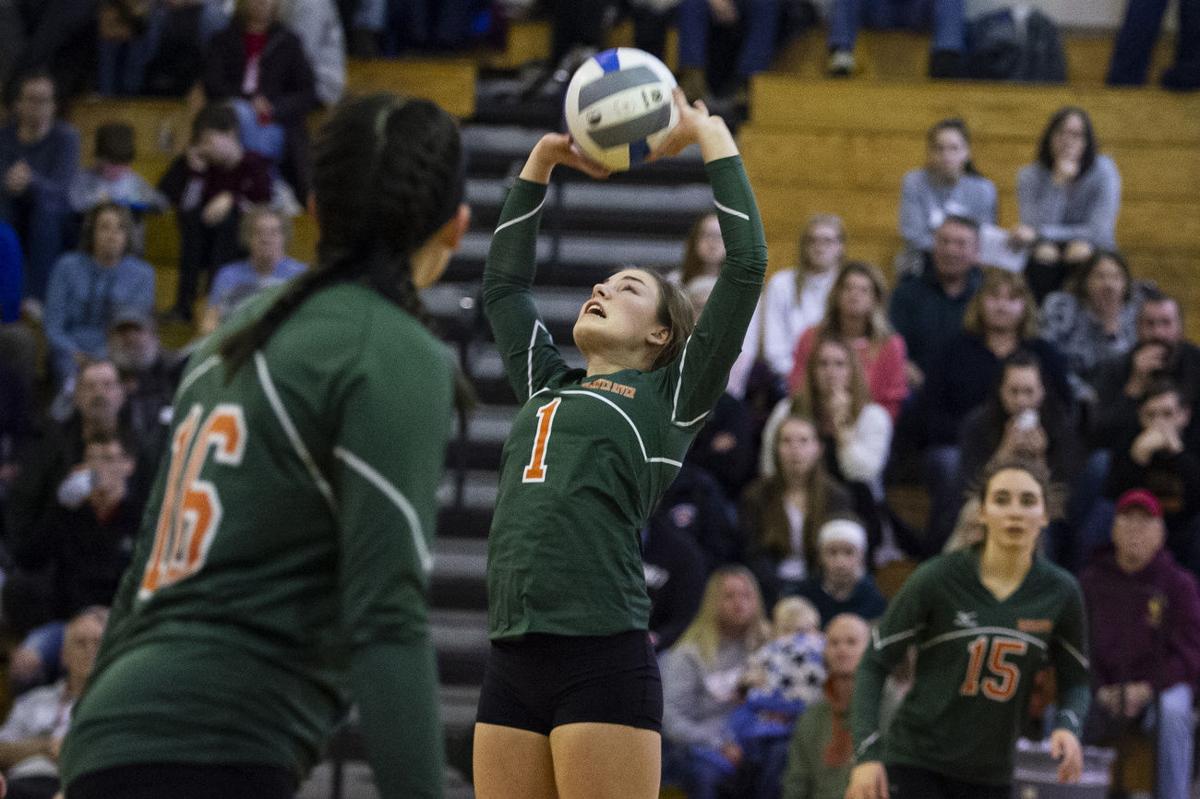 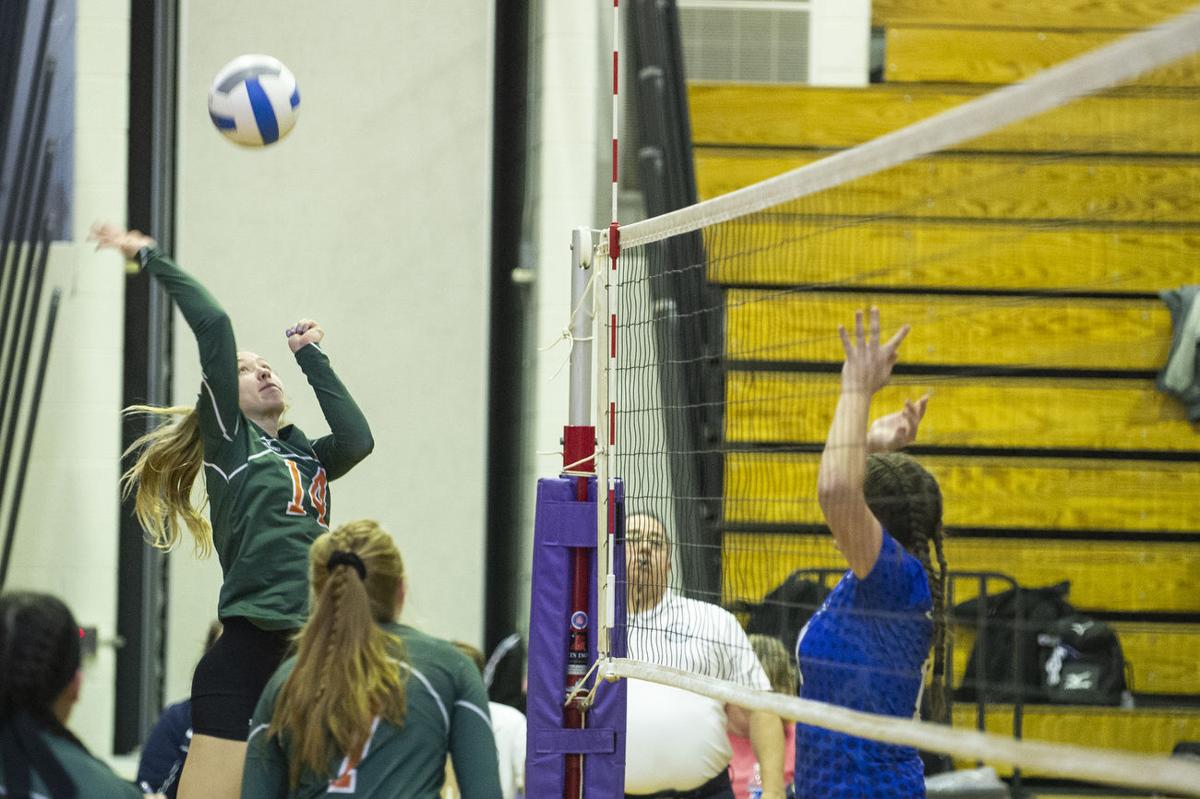 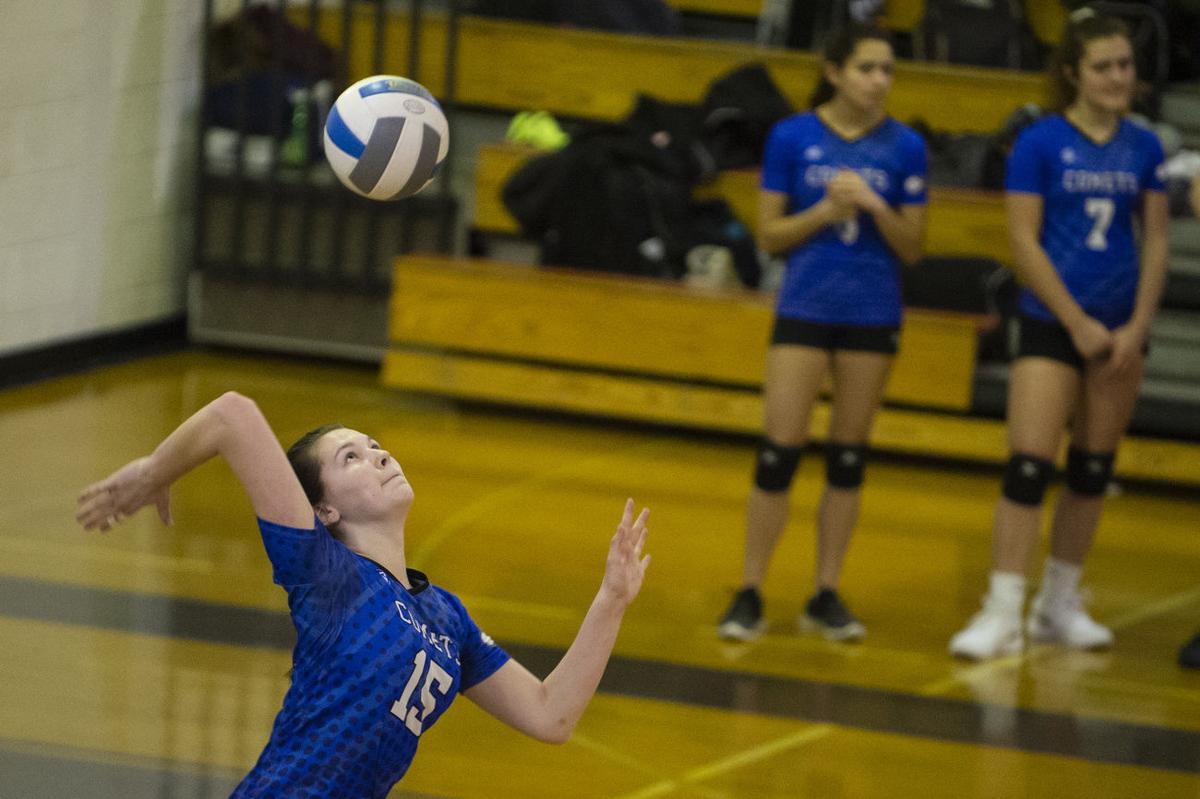 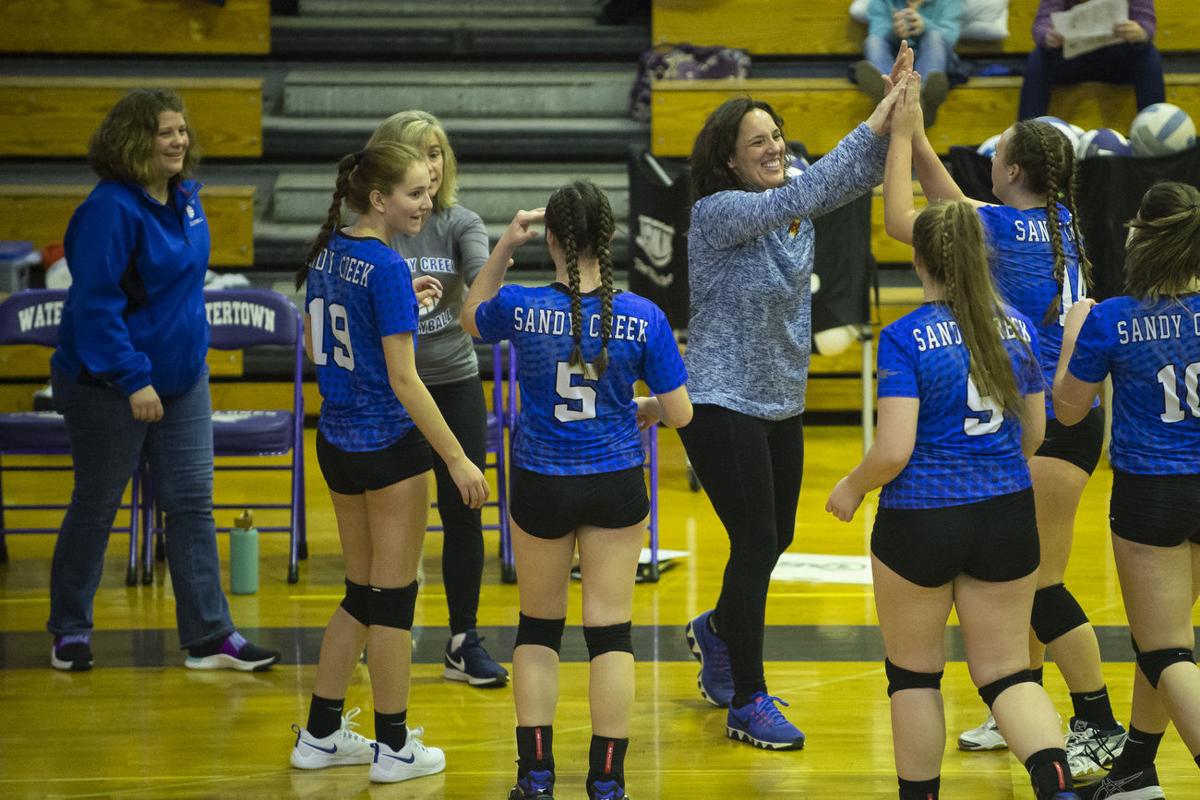 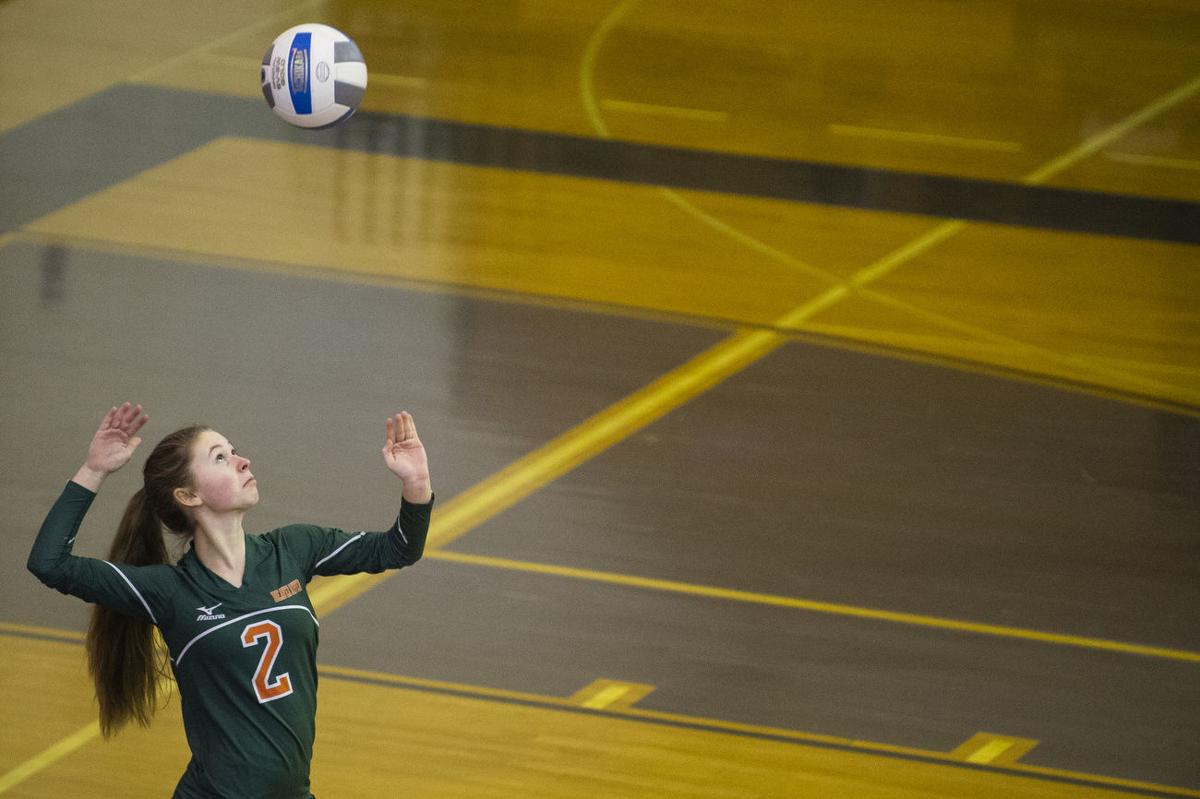 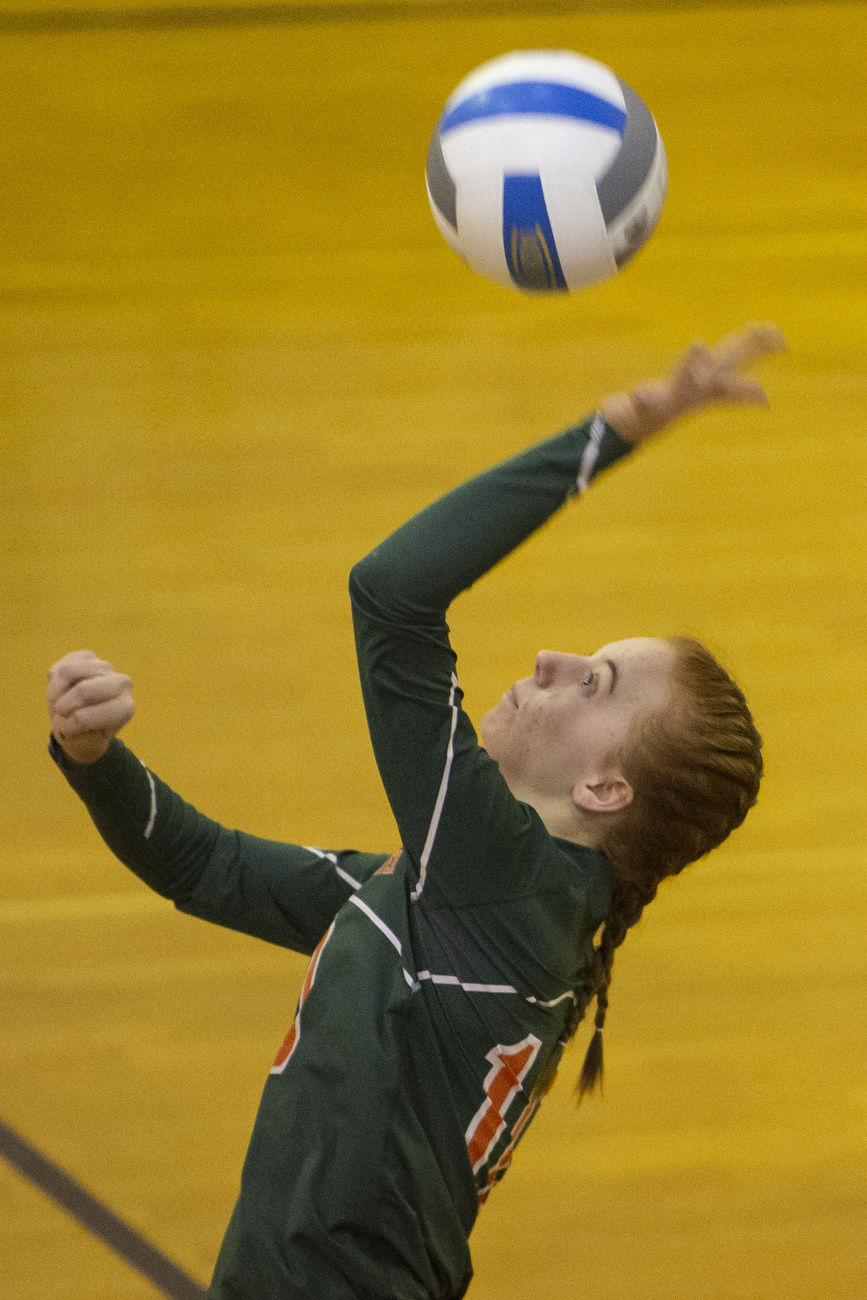 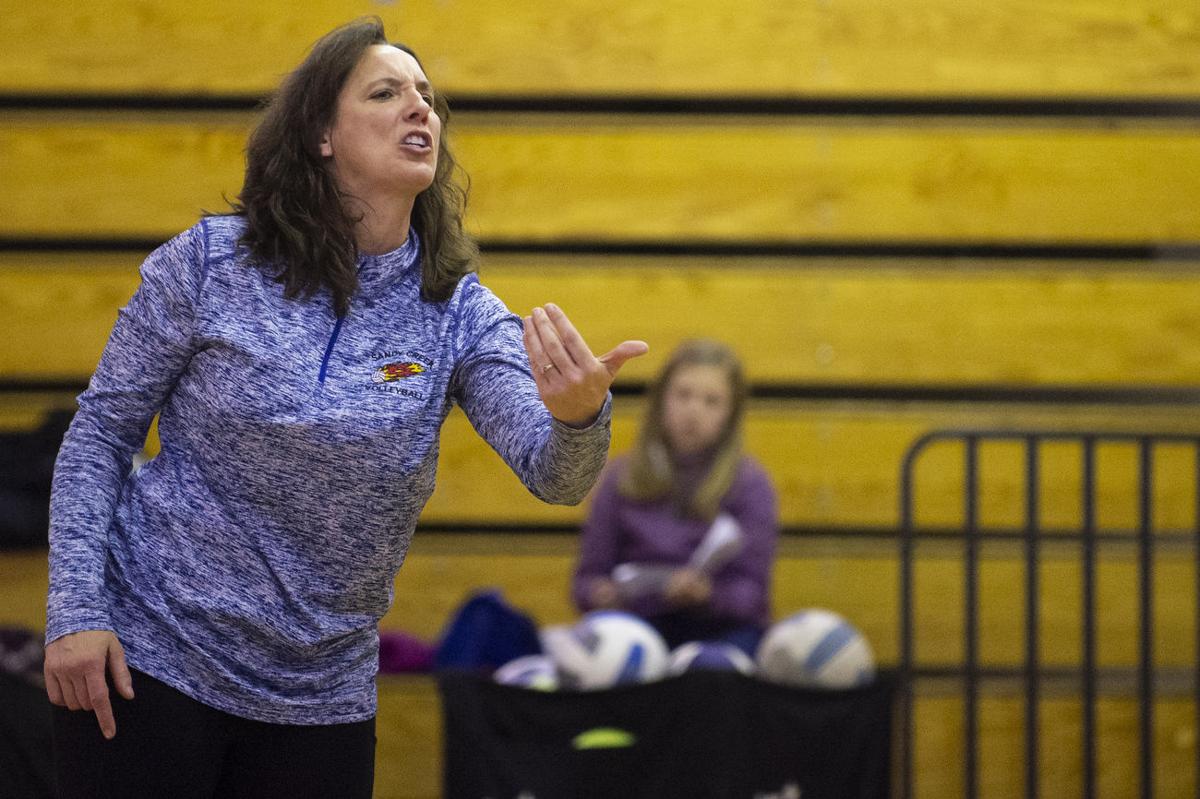 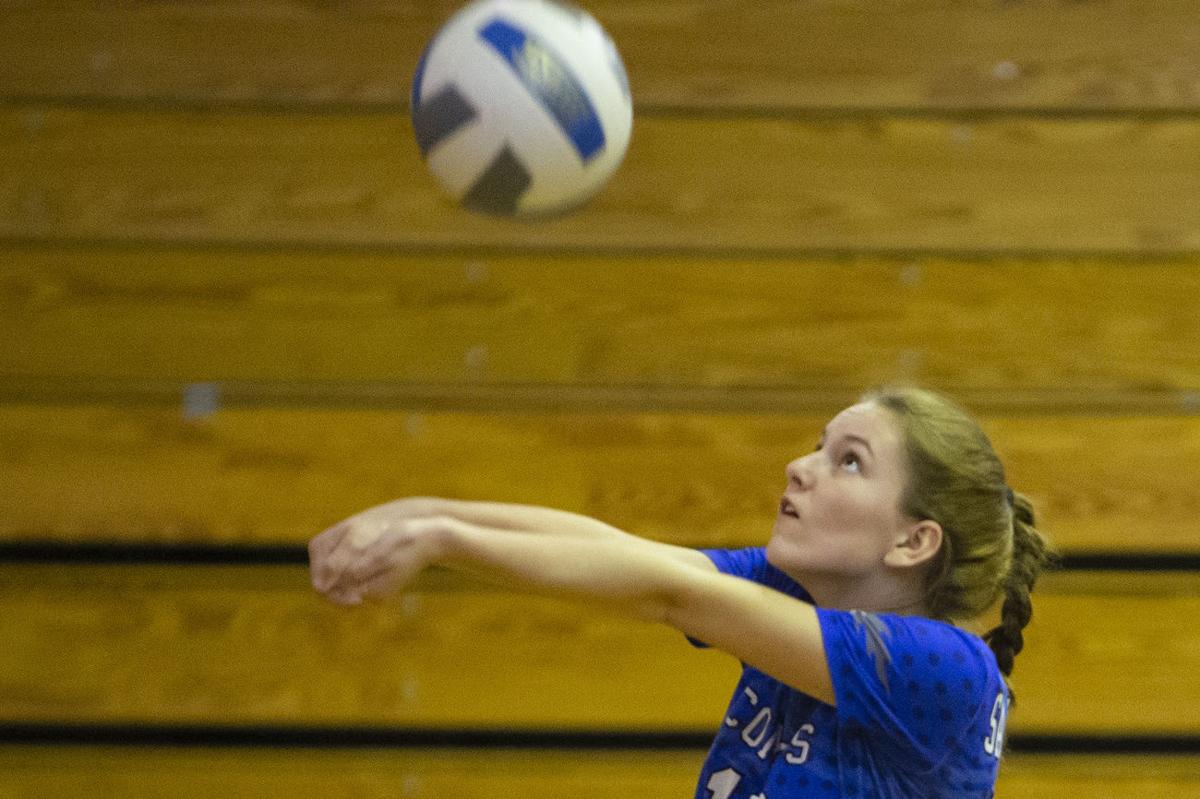 The wins give coaches Angie Robbins, Gene Sundberg and Jim Rhodes another playoff title. Robbins and Rhodes are each in their 30th year at their respective programs while Sundberg is in his 35th campaign at the helm of Beaver River.

Beaver River (14-1) got some vindication for losing last year’s playoff final to South Lewis in five sets. The Beavers had won the first two sets before the Falcons roared back to take the last three.

“We learned from our mistake last year,” senior Natalie Monnat said. “We knew we needed to come out with just as much energy in the third set and play just as hard as we have.”

Beaver River, who will likely be the top seed in the Section 3 Class C bracket, used its service game to make some extended runs and pull away from Sandy Creek. Serving has been one of the few flaws in an otherwise stellar season for the Beavers.

“Kierstin Getman had a run of seven, eight or nine (service points) in a row and Caitylnn Woodward did the same thing,” Sundberg said. “They were really good serves and those put Sandy Creek on their heels a bit, which gave us a better opportunity to run our offense.”

The front line of Chelsea Greenwood and Jaymie Monnat helped the Beavers score and finish off points. Sundberg credited ball movement for his team’s ability to score.

“We have to be able to reverse the ball and force the other team to reverse their defense,” Sundberg said. “Once we do that, we’re able to create gaps, seams and holes and it’s just a question of can we finish?”

Despite the loss, Sandy Creek coach Dori Hathway is optimistic for the upcoming Class D tournament and next season. The Comets will only lose player due to graduation and retain most of their core.

“It’s nice to know where they’ve started and now they can come back at it over the next year,” Hathway said.

It was Lowville’s first win over South Jefferson in three meetings this season. The Red Raiders (6-11) have made a late surge to qualify for the impending Section 3 Class C tournament and put together their best match of the season.

“We brought up a lot of JV kids and it was a pretty big stage,” South Jefferson head coach Becca Hare said. “We’re still playing, we’re moving on and trying to improve day-by-day.

Lowville senior hitter Cassie Jacobsen was battling her own knee injuries but able to play a pivotal role in the upset win. Jacobsen’s block helped the Red Raiders clinch the opening set.

“It was so thrilling,” Jacobsen said. “It was my ending point that finished the set.”

Lowville graduated all but one starter from last year’s team. The Red Raiders had shown glimpses of consistency but would have lapses against the better teams.

“I think we grew up a lot today,” Rhodes said. “We’ve known that this was possible, and we’ve seen glimpses of it against every team this year.”

Lowville will play in Class C due to lower enrollment while South Jefferson will be in the Class B tournament.

Carthage (17-0) is the only unbeaten team in the Frontier League and will likely get the top seed in Class A with a relatively young team that’s learned quickly. One of the reasons is due to the strong play of Mace, who can organize the Comets’ offense quickly.

“She runs the 5-1 (offensive formation) and everyone knows that’s where the ball needs to go,” Robbins said. “I’m always telling her that she has to be thinking four or five plays ahead about where that ball is coming to.”

The Warriors came out flying in the first set and were two points away from claiming the opening set when Robbins called timeout. That stoppage proved to be pivotal as Carthage reeled off the next three points to win the opening set.

“I try to do just a little calming thing for them and add a little humor before they go out to add a little fun into the game,” Robbins said.

The Comets then settled in and used their net players like Martens, Caroline Culbreth and Laura Albright to score points and keep the Warriors at bay.

“They are very important to our success,” Mace said. “The pass is the most important thing and each little thing adds up.”

The final two sets played out like last year’s final where Carthage wouldn’t give Indian River any space. However, the Warriors have made strides with their senior group and will be in the Class A bracket with the Comets.

“We’ve had a great season and a great record, and we’re excited to move forward and focus on sectionals,” Indian River head coach Alyssa Sidmore said.

The seeding meeting for the class tournaments will be Monday with first-round matches starting on Tuesday.