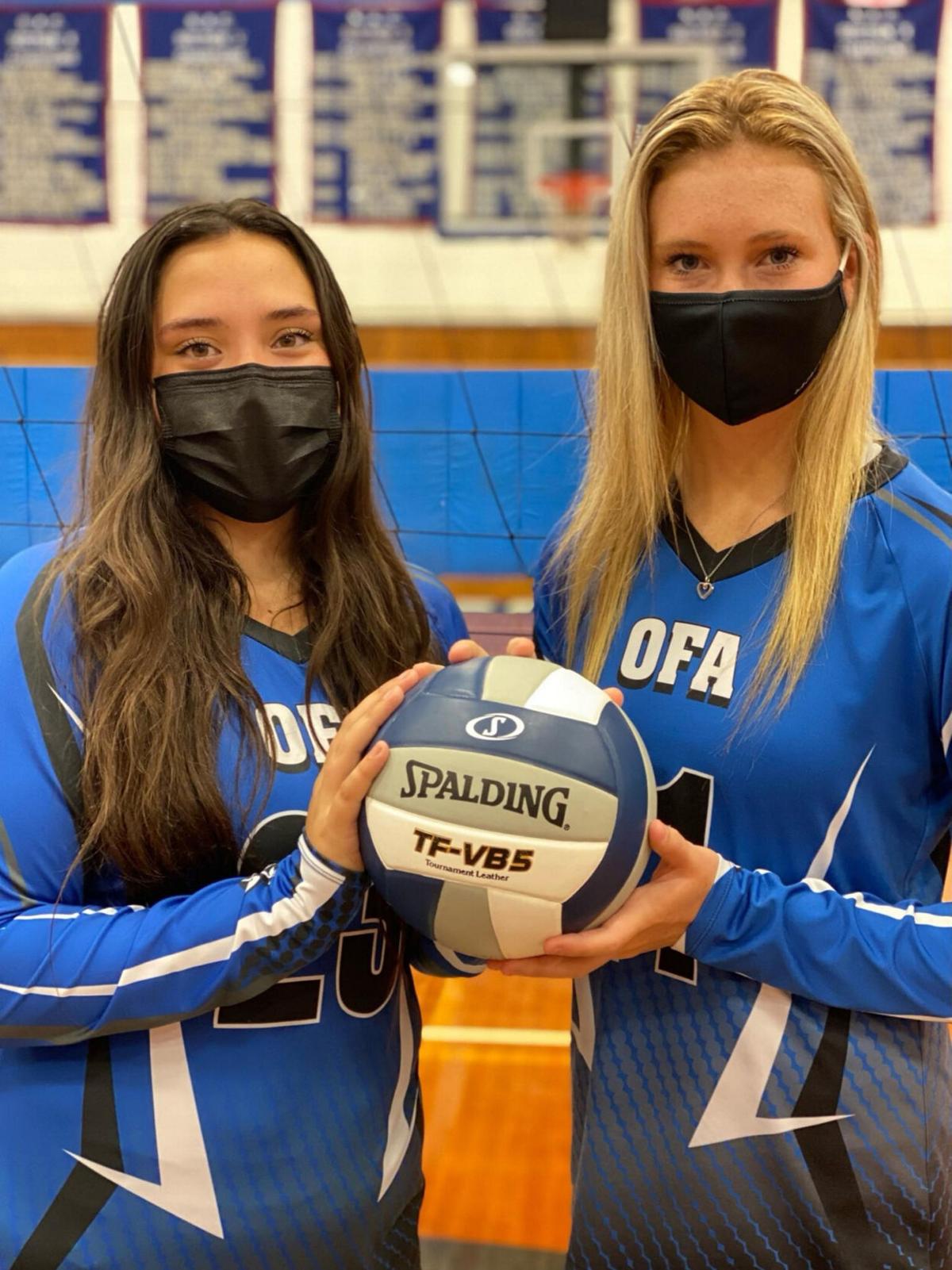 OFA co-captains Mallory Morley, left, and Abby Raven are ready for the challenges ahead in the new season, including wearing masks as they did in last year’s COVID-19-condensed season. Sue McLean photo 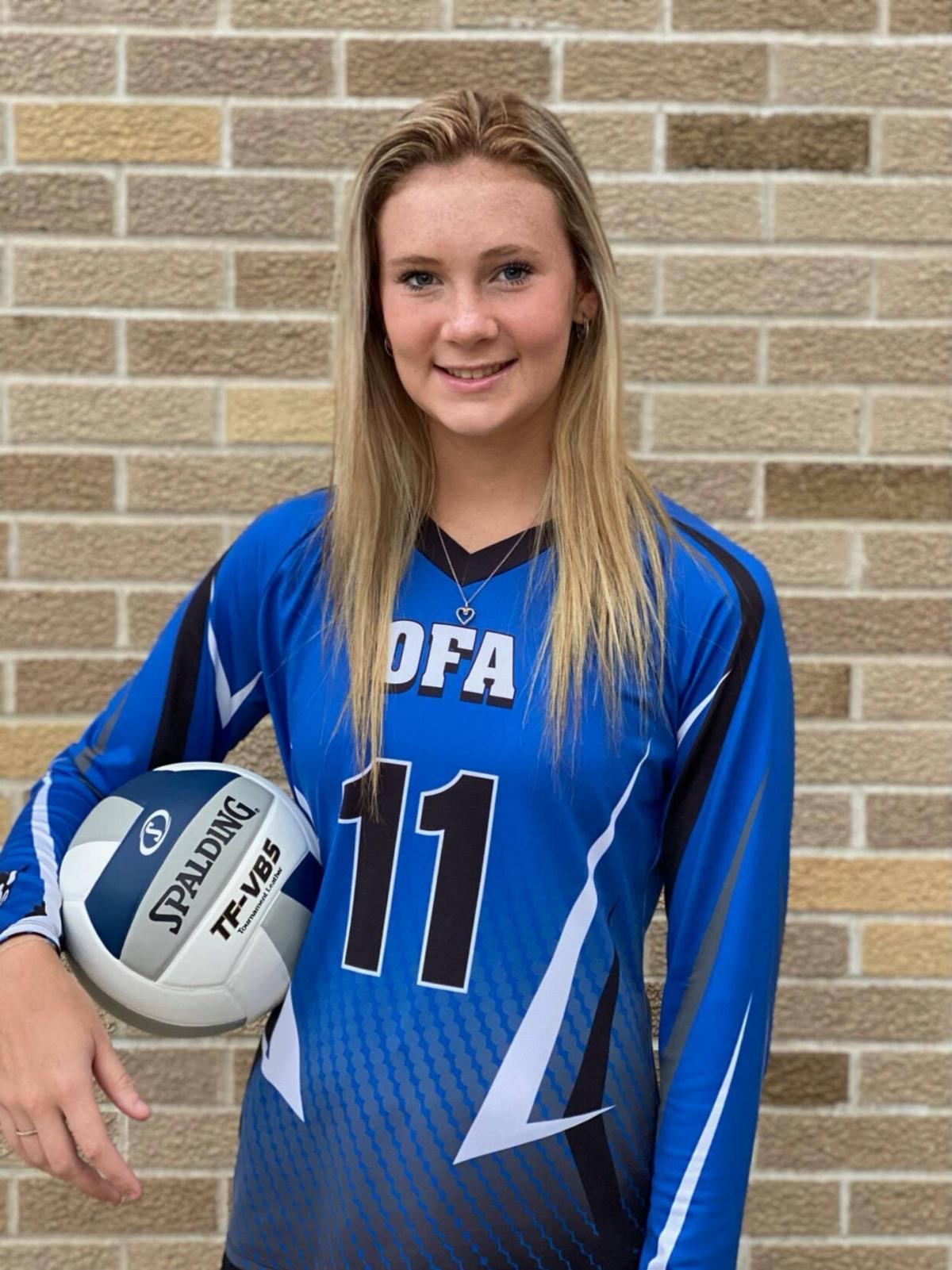 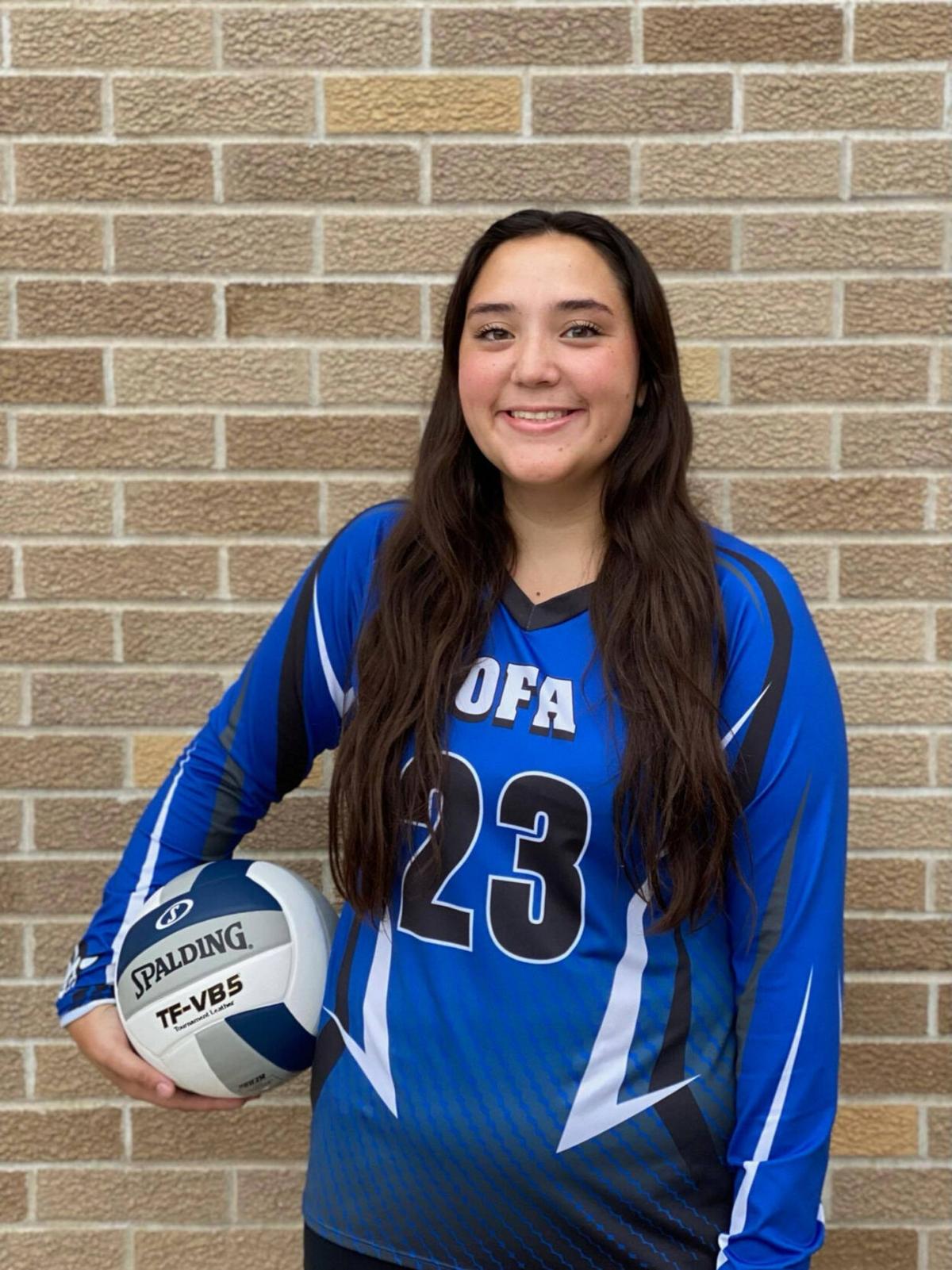 OFA co-captains Mallory Morley, left, and Abby Raven are ready for the challenges ahead in the new season, including wearing masks as they did in last year’s COVID-19-condensed season. Sue McLean photo

As far as Ogdensburg Free Academy girls volleyball coach Sue McLean is concerned the 2020 Northern Athletic Conference season was unforgettable for many reasons.

The season was condensed to seven matches in 10 days with the high anxiety atmosphere of the COVID-19 pandemic, accentuated by the nerve-wracking protocols. In a sport where verbal communication is a vital part of success the players and coaches wore masks.

Another vital element of success is momentum with players drawing energy from their animated fans in often electrified atmospheres. That element was nonexistent as the gyms were closed to fans except for special Senior Night accommodations.

But McLean’s Blue Devils overcame all that adversity and put together a perfect-storm-type 7-0 season and defeated perennial powerhouse Massena in two five-set matches with multiple overtime sets. All the factors for success fell into place, orchestrated by the leadership of seniors Emily Farrand, Jordyn Tupper, Gabby Morley, Emma LeBeau and Jenna Mitchell.

As sophomores and juniors, the quartet also contributed two Section 10 Class B Championships.

Heading into a new NAC season the gyms will be open to fans but some indoor sports protocols remain. Players, coaches, officials, supervisory personnel and spectators must still wear masks and social distancing must be practiced as well as possible.

The OFA Blue Devils will enter the season with one of McLean’s youngest teams in terms of varsity experience. Six players from last year’s team return but junior middle hitter Abby Raven and libero Tristan Durand are the only starters back and senior setter Mallory Morley is the only substitute returning who saw significant crunch time action.

But McLean believes that this year’s team will reload in what appears to be a rebuilding situation with team captains Raven, the daughter of Rich Raven and Amy Baker, and Morley, the daughter of Emmett and Amy Morley, setting the tone on the court and in the development of team chemistry.

“It seems like hybrid has been quite the word lately and although I don’t have the correct term for reloading blending with rebuilding, that is where we are,” McLean said. “We have a strong nucleus to build around with Abby Raven returning in the starting lineup playing a powerful middle hitter. Abby is going to be a force at that net that other teams will have to work very hard to defend and her blocking and defensive game have been on point and her serve is extremely hard to return.”

But scoring off big hits in volleyball comes from team play with players functioning like chess pieces. Hitters need well-placed sets and sets develop from the return of serve and deft passes.

Morley will succeed Jordyn Tupper as the team’s primary setter and is poised to become the assist and floor leader.

“Mallory saw quite a bit of playing time last year and worked hard to improve her game last year under the guidance of Jordyn Tupper who provided an excellent example,” McLean said.

Raven has replicated the total package of length, agility and finishing instincts of her older sister Chelsea, who is now playing college basketball at SUNY Canton. And like her sister, Abby also plays basketball and softball at OFA.

“I play volleyball to have fun and it is so much fun to score off a big hit. I really get excited but I need a good set from good passes from my teammates,” Raven said.

Volleyball is the only sport that Morley plays at OFA and she made a smooth adjustment to the technical aspects of setting when her team really needed someone to step up on the spot.

“I had never really set before until Jordyn Tupper got hurt and I had become a setter,” Morley said. “It is my job to set the ball to Abby and other players so they can get a good hit.

Morley also stressed the value of preparation for her future plans. She is involved in the cosmetology program at Northwest Tech and hopes to major in criminal justice in college and enter the law enforcement field.

As a senior Morley has accepted the role of mentoring the younger players in terms of skill and team chemistry development.

“The big thing was to just make the younger players feel welcome and that has worked well. As a senior I want things to go well in my final season,”

“Mallory Morley has always been the first one of the team to show support for her teammates,” McLean said.

That type of support has helped Tristan Durand grow in confidence and complete the Devils’ core package as a libero who controls the defense and delivers a steady flow of down balls from the back line. Fellow seniors Aubrey Love, Grace Hilborne and Taryn Sholette have impressed their teammates along with first-year varsity players in juniors Quinn Crosson, Kenzie Bucher and Emma LaFlair and sophomores Julia Kelso and Tava Colburn.

“We have really come a long way in practice. I think we are going to have a very good team,” Raven said.

“Most of the teams lost really good players so I think there will be a lot of parity in our league. It should be exciting,” Morley said.

In the Section 10 Tournament OFA will be looking to defend their Class B titles of 2019 and 2018 against Malone. Massena is the only Class A team and Canton, Potsdam and Salmon River compose the Class C field. The Class D bracket includes Brushton-Moira, Chateaugay, Madrid-Waddington, Tupper Lake, Clifton-Fine and Edwards Knox.