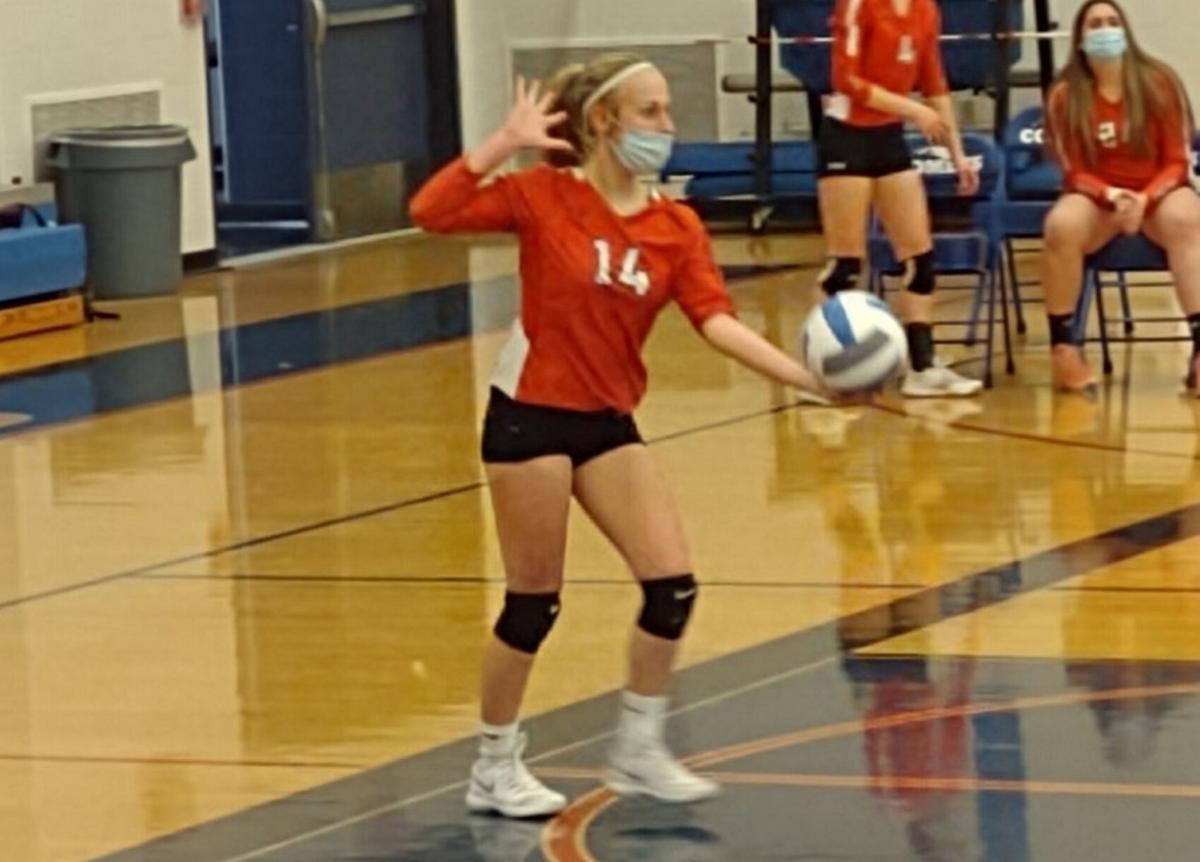 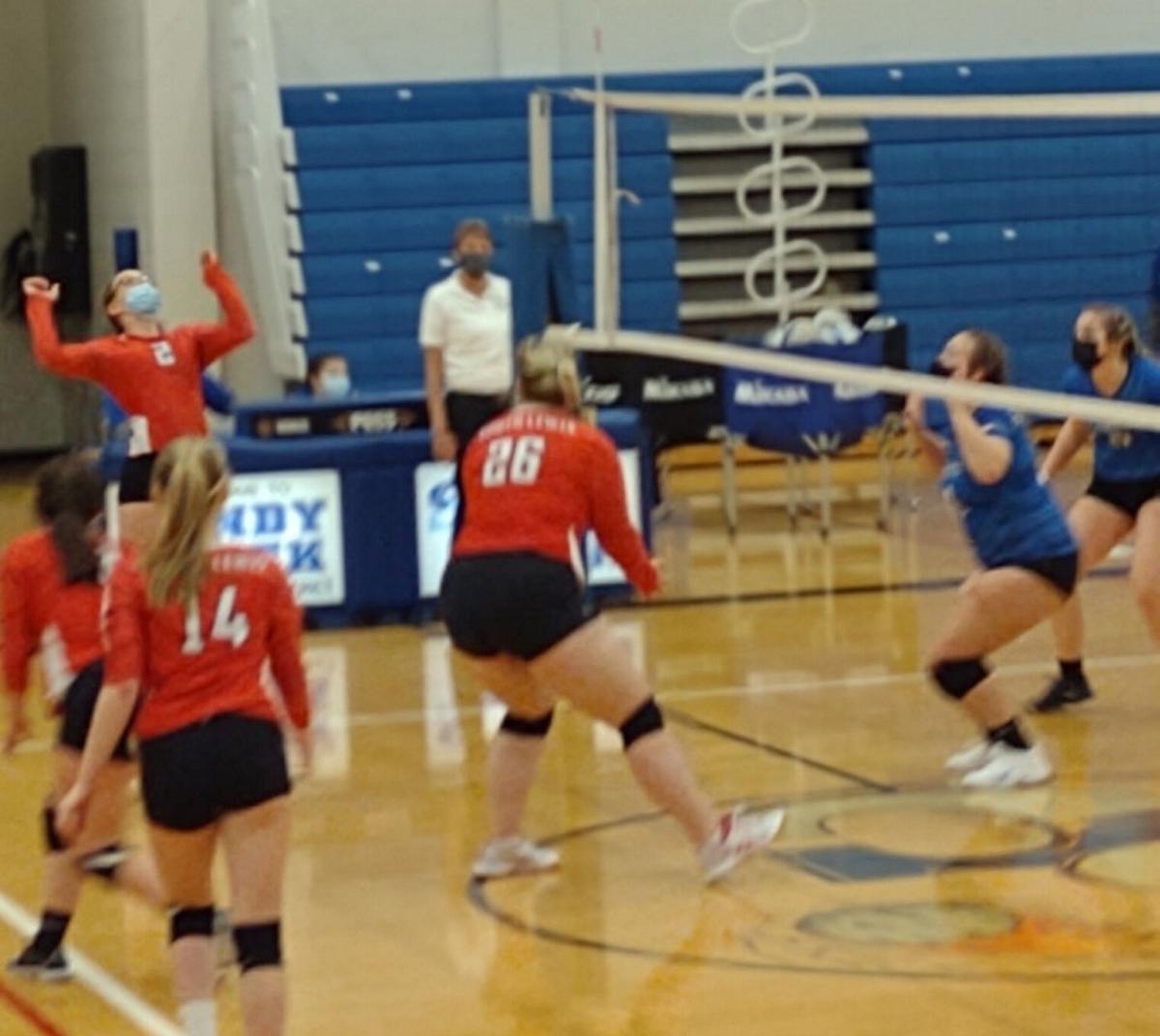 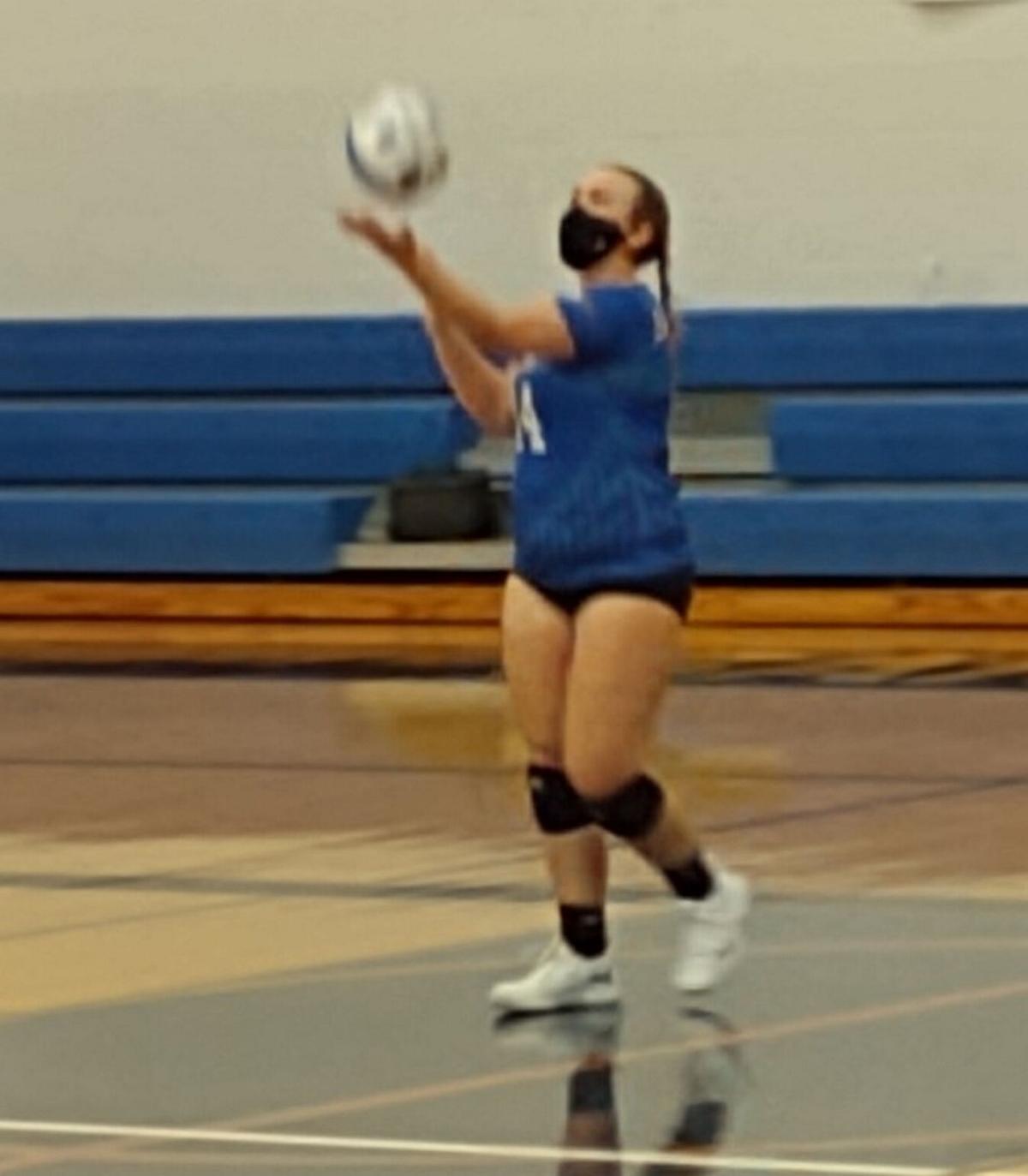 SANDY CREEK — The unbeaten Sandy Creek volleyball team found itself only two points from losing its first match of the season, but drew upon past experience to stay undefeated.

The defending Section 3 Class D champions came back to win their third straight match against South Lewis. It was a memorable win as Sandy Creek’s decorated senior class pulled out the victory in their last home match of the abbreviated season and the team played in front of parents.

“It was great to have fans here because they are always there to encourage us,” Sandy Creek senior Deanna Hathway said.

South Lewis had pushed Sandy Creek to five sets on March 19 as well. The teams have playing each other in four straight matches to close out the volleyball season. That familiarity has made for close matches because the teams are similar in style.

“We plan out where they play and where they hit and I’m sure they do the same for us,” Comets senior Hailey Miller said.

Both teams would have been near the top of the Section 3 pairings had there been a regular season with sectionals. But the teams were glad to be playing each other. South Lewis played only the Lewis County schools of Beaver River and Lowville before adding onto the schedule with Sandy Creek.

“It was really great that the athletic directors were able to work that out and I’m really grateful for that,” Dorianne Hathway said.

South Lewis took the first and third set by limiting mistakes and staying away from the Comets’ heavy hitters.

Sandy Creek tied the match with wins in the second and fourth sets when they were able to go to hitters like Balcom and Deanna Hathway. The Comets also used their trademark shot selection to cross up the Falcons defense like they did in the 2020 sectional final win over Morrsiville-Eaton.

“They don’t see those shots coming and we try to hit those open spots because they’re off-balance,” Miller said.

South Lewis raced out to a huge lead in the final set, but Sandy Creek clawed its way back. One play that sparked the Comets was Maiya Hathway crashing into the referee stand to keep a point alive, which they eventually won to put them within a point.

“It was an amazing play and it got us fired up and the crowd fired up,” Balcom said.

Sandy Creek eventually took the lead at 24-23 and Balcom emphatically finished off the game with a kill. The Comets celebrated after completing the comeback.

The teams finish off the season with a last match at 7:30 p.m. Thursday in Turin. Balcom and the Comets are thrilled to close out their final career against the Falcons.

“They’re a very good team and I’m excited to play us one last time,” Balcom said. “They make us better and we’re very good competition for each other.”