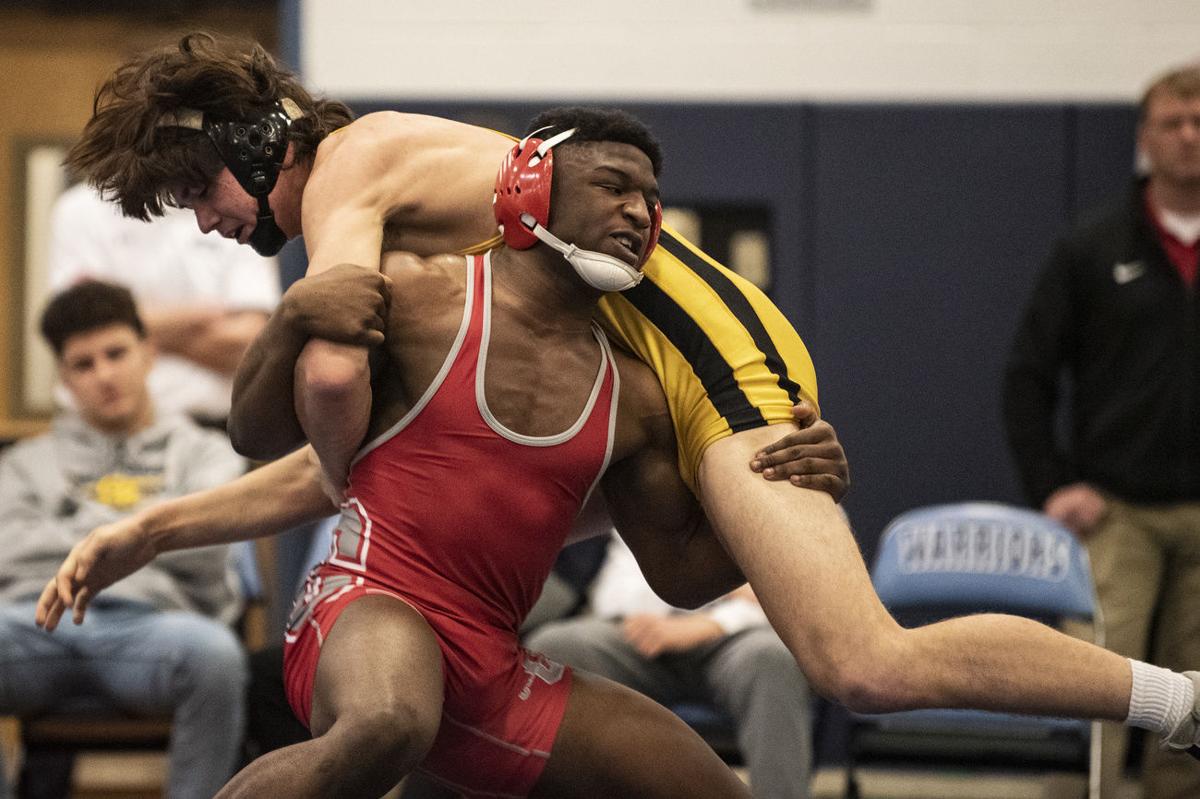 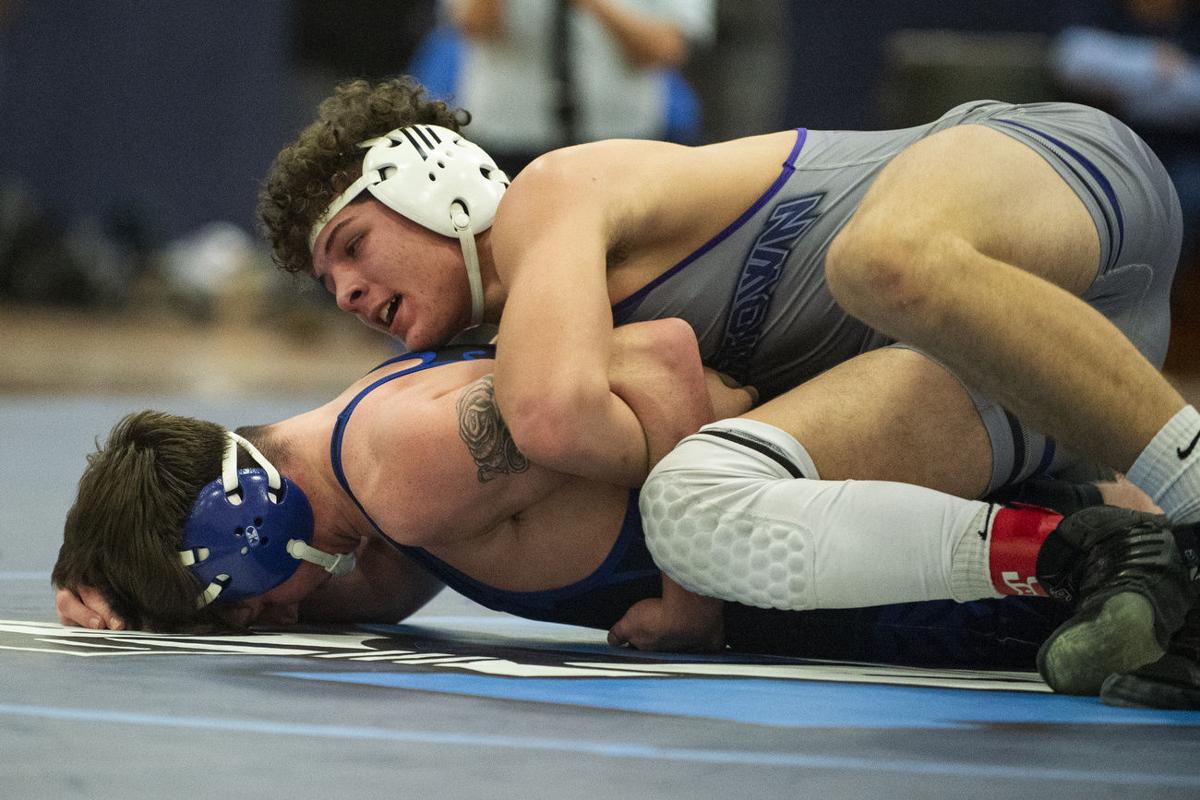 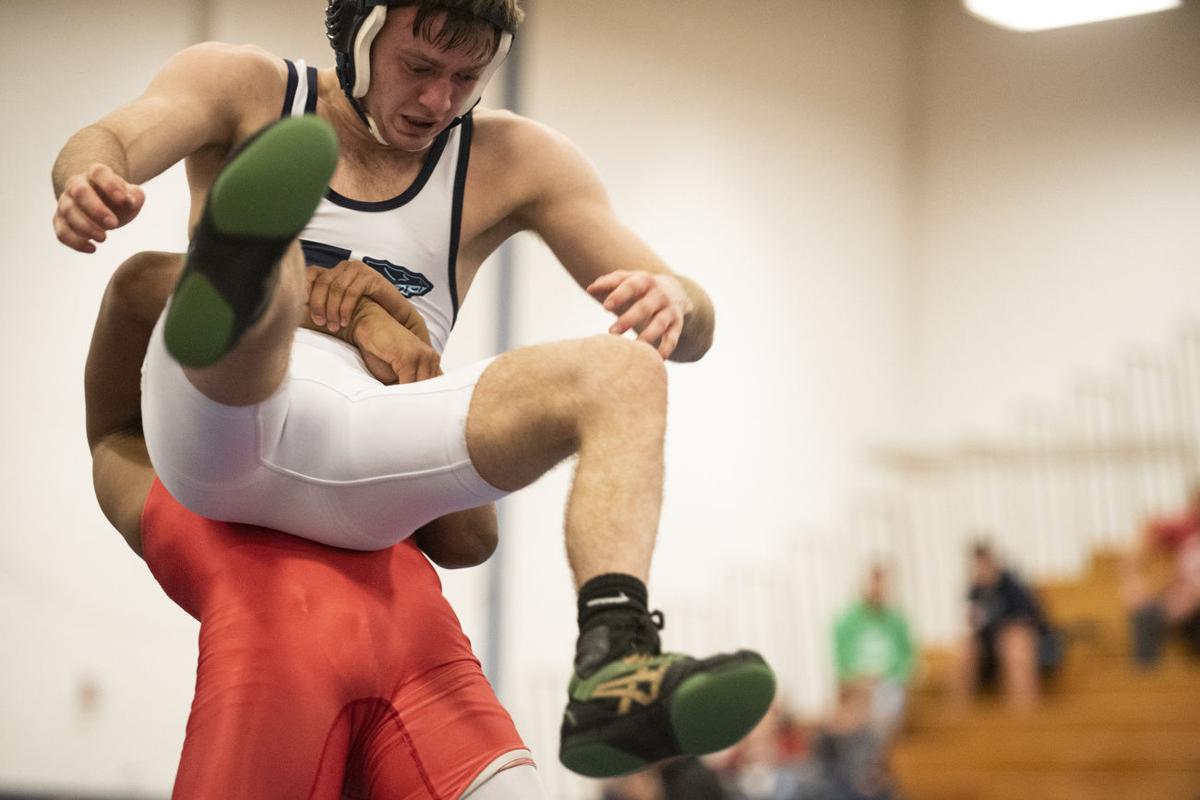 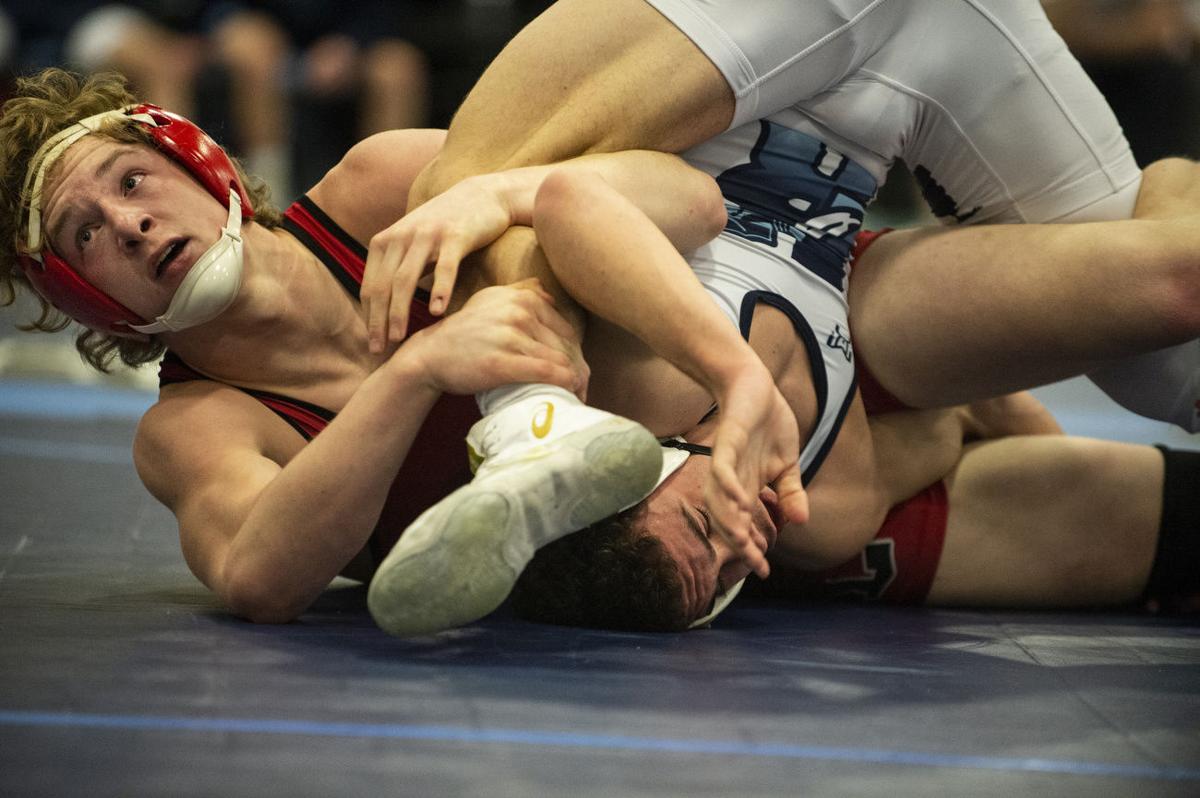 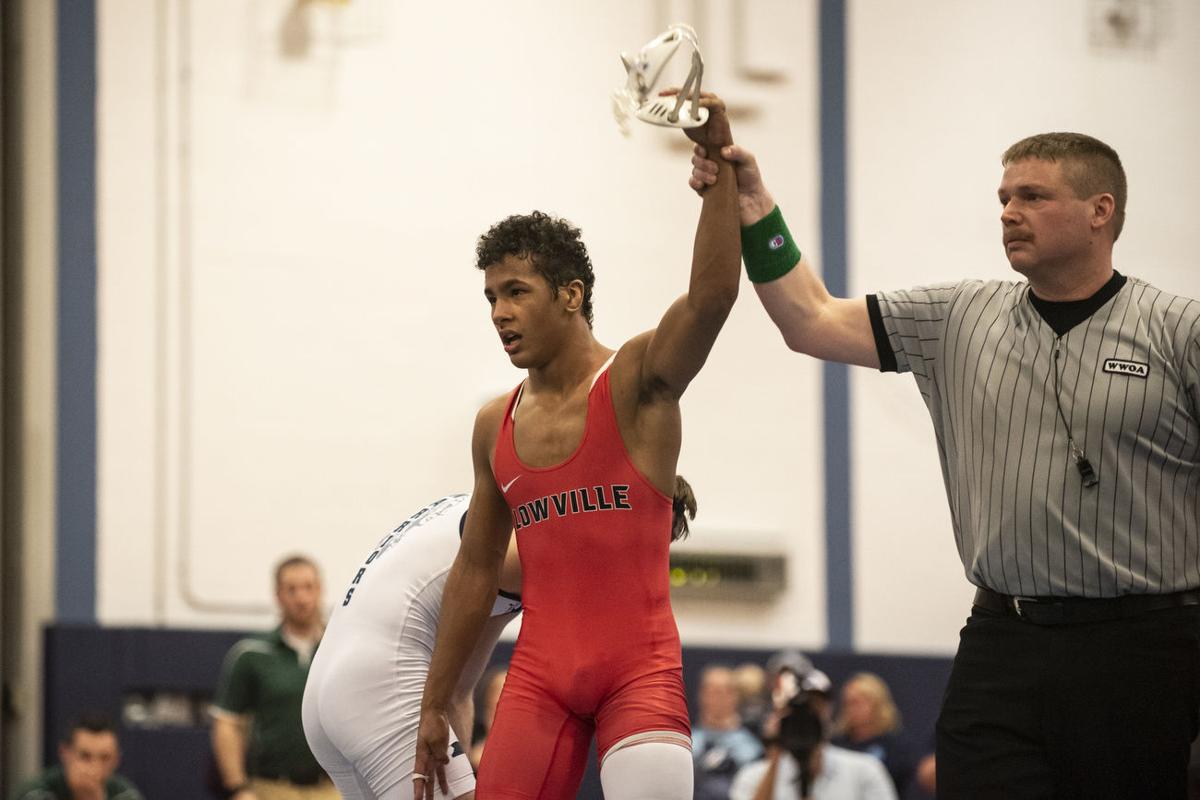 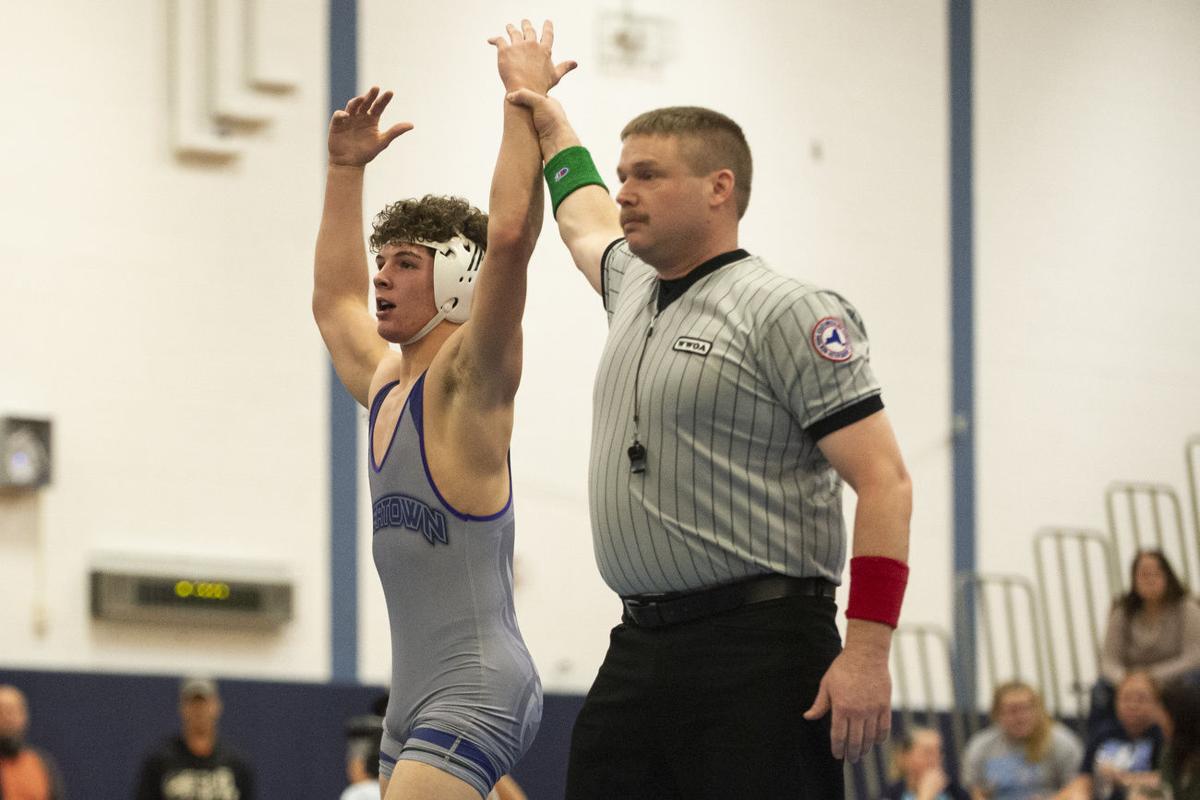 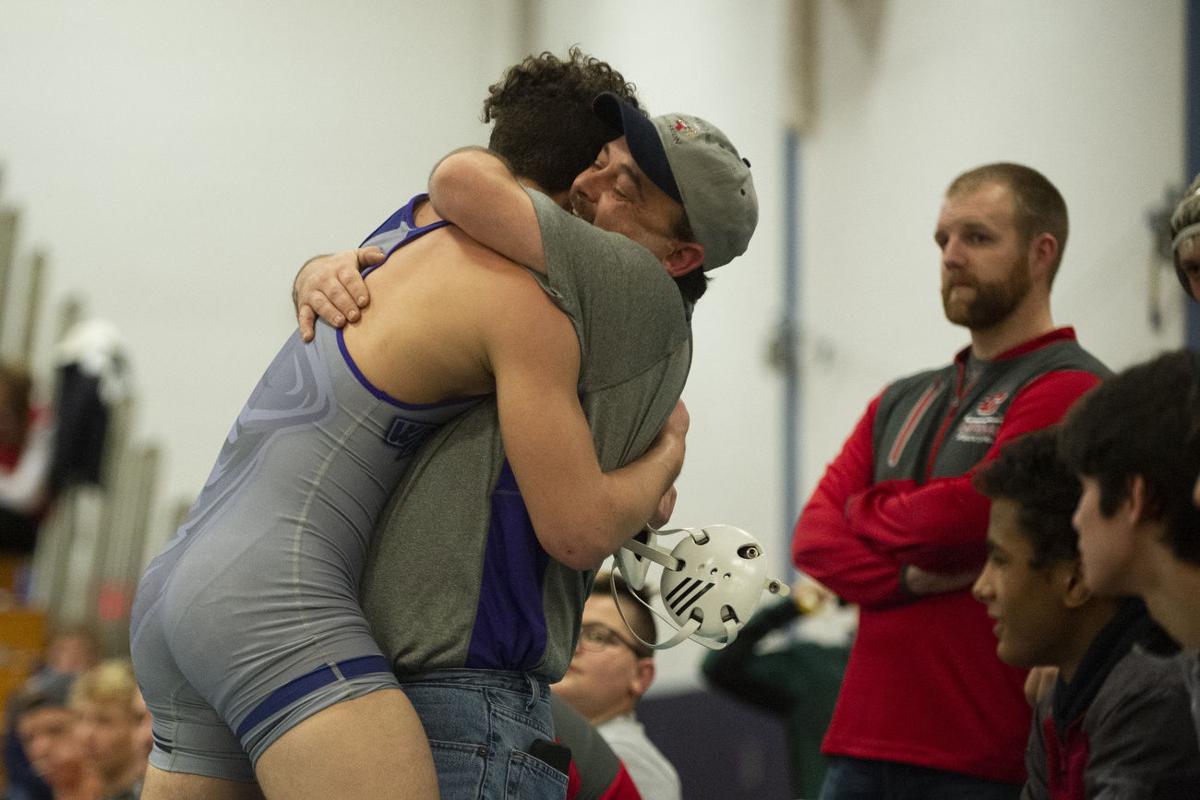 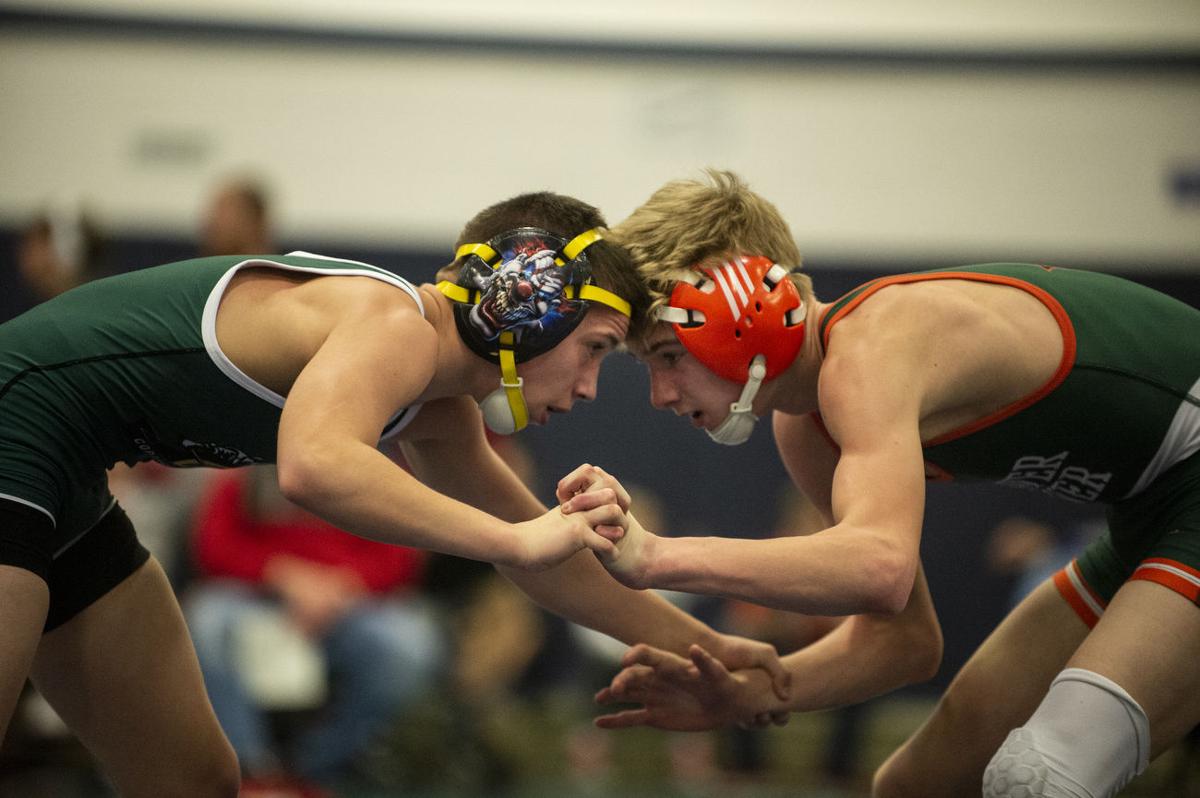 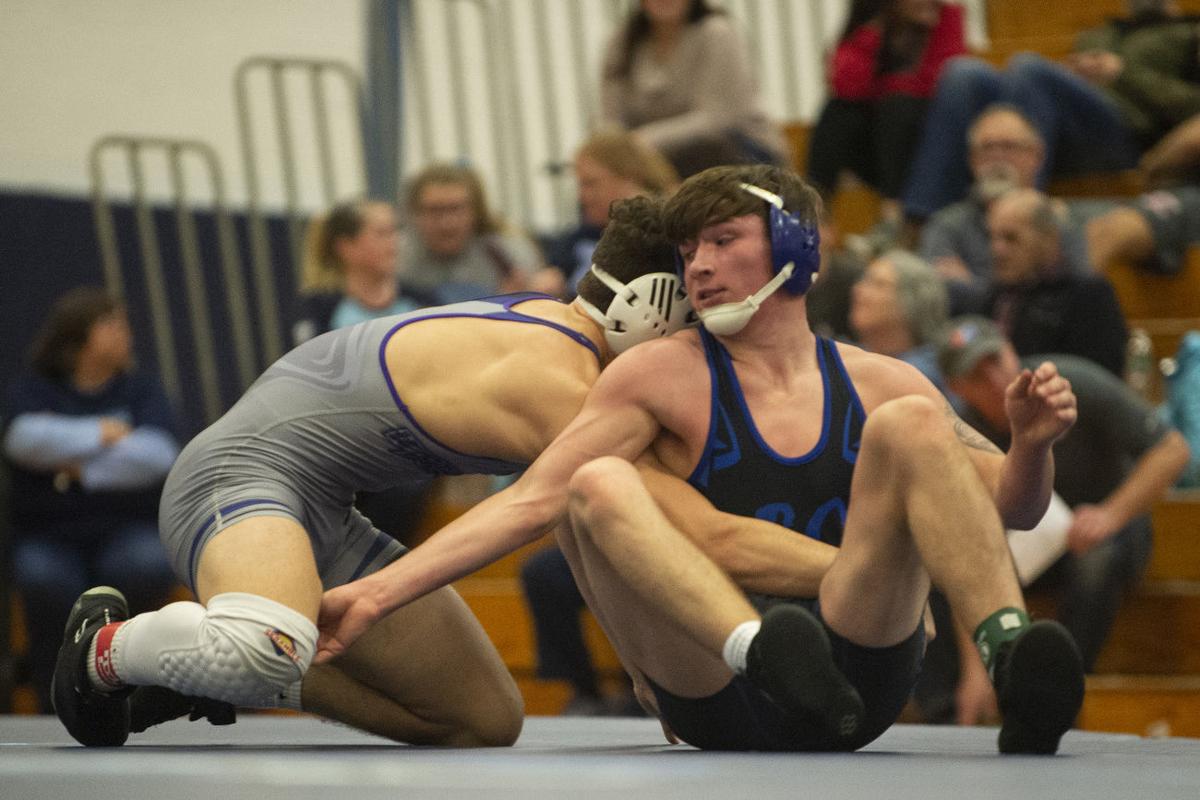 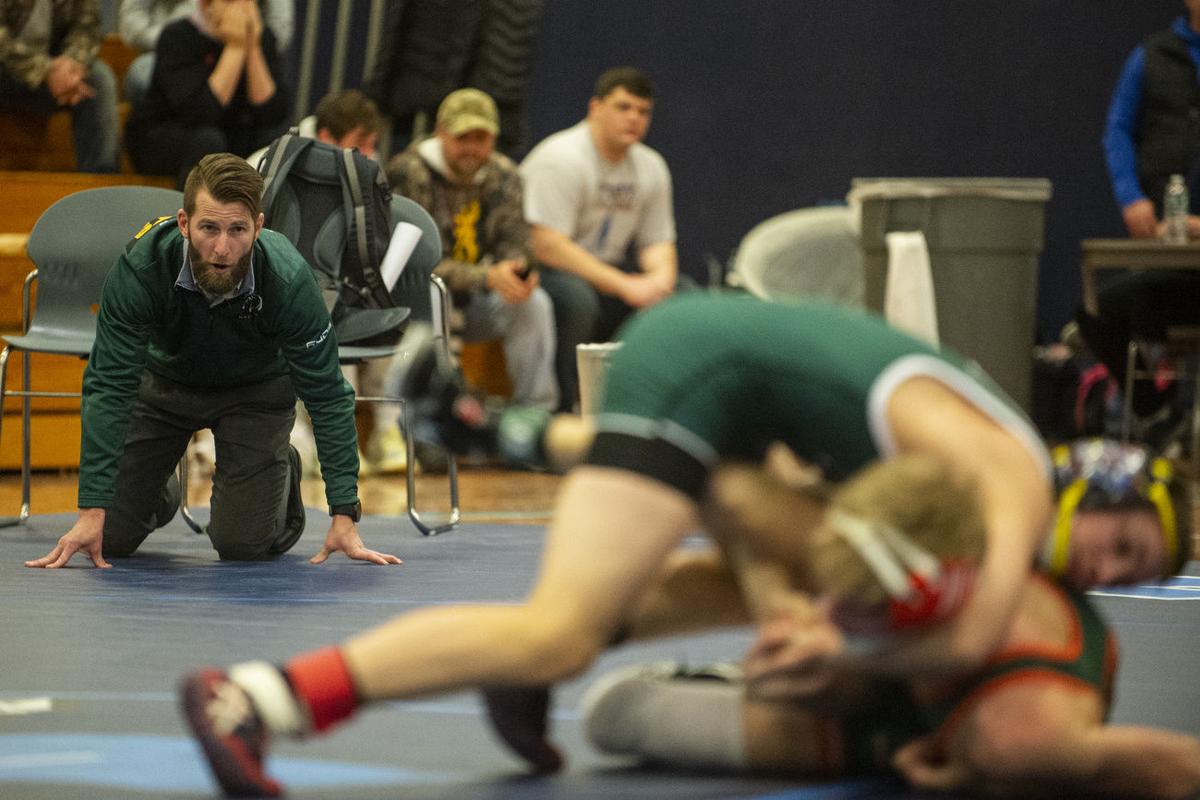 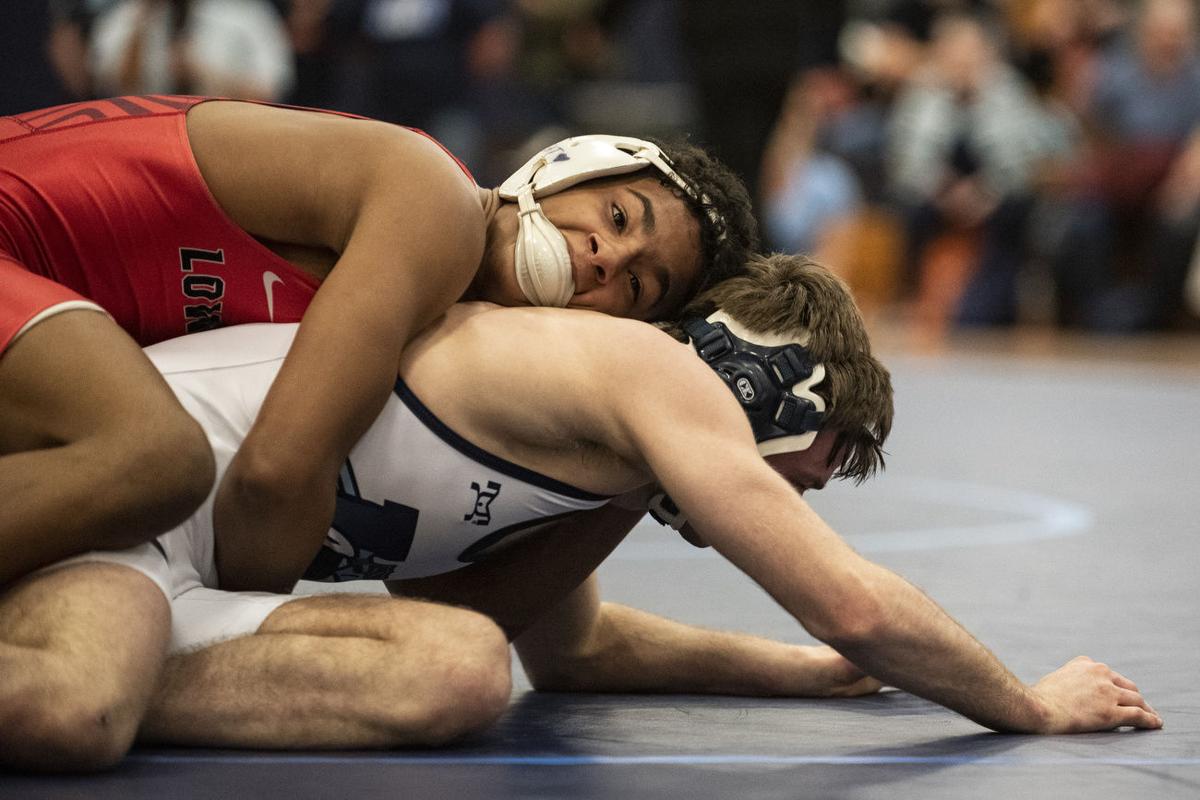 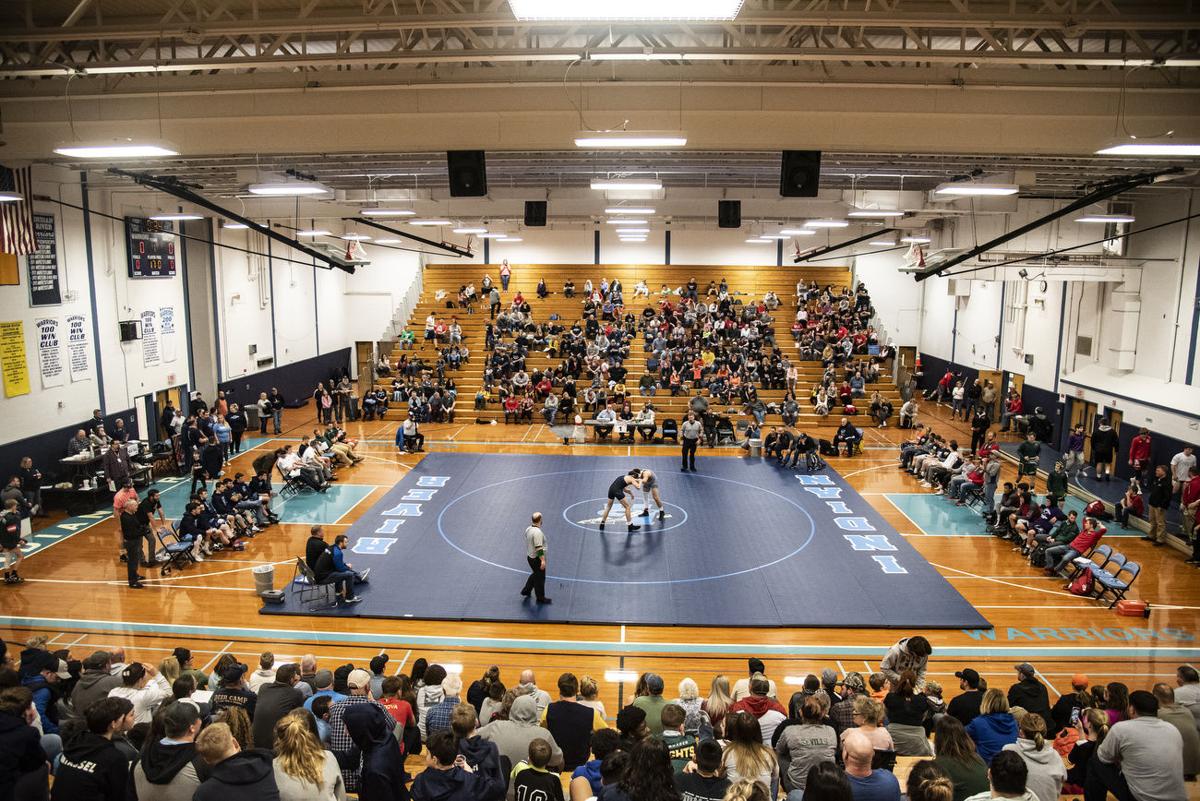 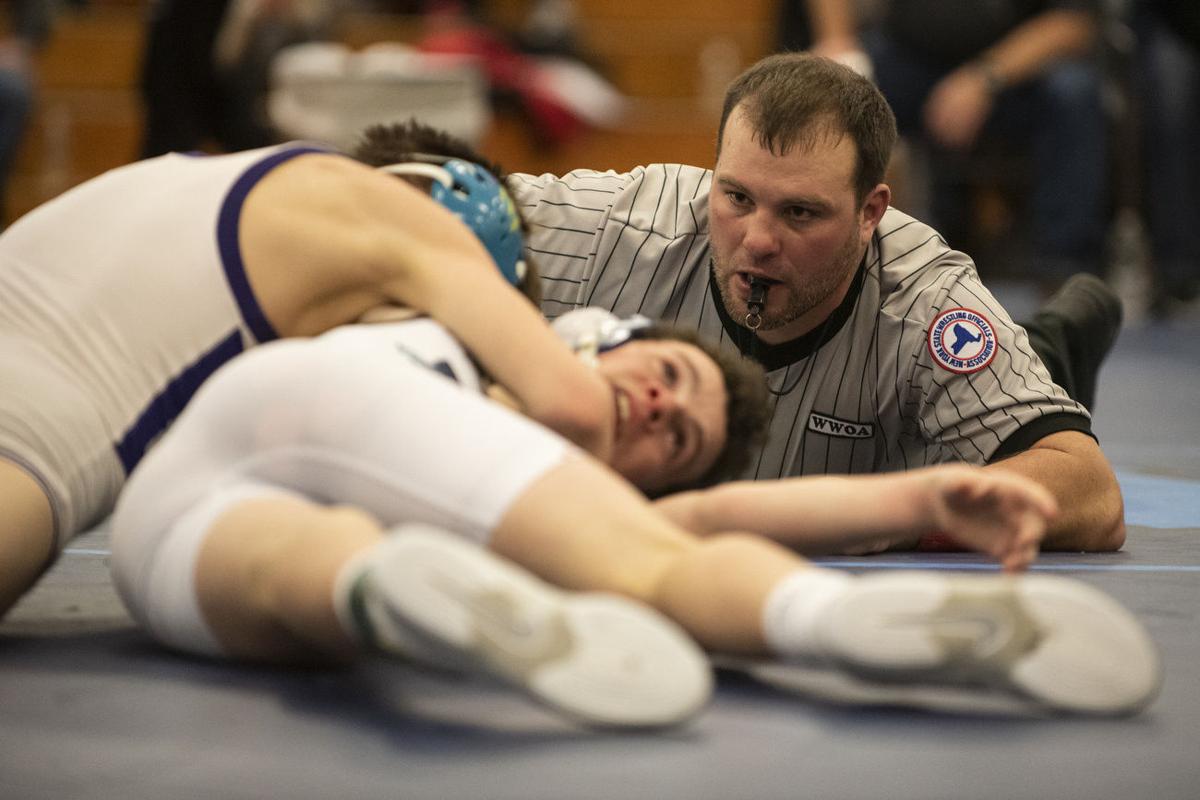 PHILADELPHIA — Indian River head coach Jamee Call asks his wrestlers to fill out index cards with team and individual goals at the beginning of the season. The Warriors checked off a big team goal at Saturday’s Frontier League championships.

Four Indian River wrestlers won their respective weight classes and two others made the finals as the Warriors won the league tournament for the fourth straight season. Indian River has always stressed winning the league meet as one of its main objectives.

“It’s nice to be able to check that (winning a league title) off,” junior Parker Ashley said. “Now I just need to check off that last one to win sectionals to get to states.”

The tournament displayed the Warriors’ depth at the lightweight and middleweight portions of their lineup. Call has the luxury of flexing that depth in dual meets and tournaments.

“They’ve done well all year and there’s been times that they all couldn’t get into a dual meet, but they’ve been very understanding,” Call said. “They don’t give me a hard time and if I sit them for a night, they’re OK with it.”

The league tournament victory caps off a busy week for the Warriors as they wrestled three matches across three days as part of the Section 3 Division I Dual Meet tournament. Indian River beat Carthage and Liverpool on Tuesday before losing in the finals to Fulton, 37-29.

“We put a nice showing in when we wrestled Fulton the other night and a couple of things could have changed and it might have went the other way,” Call said.

Booth was able to gain a measure of revenge after beating Carthage’s Justin Begley, 7-2, in the final. Begley won the final at 126 pounds over Booth in last year’s league tournament. It was the third meeting between the two this season.

“It is a lot of patience because he’s very closed up and it’s hard to do stuff,” Booth said.

Garrison was able to break through and get a league title in his final season. He celebrated his 10-4 victory over Watertown’s Manuel Gonzales with a big smile.

“It feels really good to win a Frontier League tournament in my senior season,” Garrison said.

Poe made quick work of Gabe Lajoie of Watertown with a pinfall victory in 58 seconds. The victory gave Poe his third straight Frontier League title after winning the last two at 145.

“I was surprised on how he almost got me (with his own pin), but I like how I wrestled,” Poe said.

“Everything about this is awesome and there’s no better place than to win at home,” Call said.

Lowville senior and state runner-up in 2019 Micah Roes was named the tournament’s most outstanding wrestler after narrowly beating Logan Patterson of Indian River, 3-2, in the final at 126 in a battle of two grapplers that have wrestled at states.