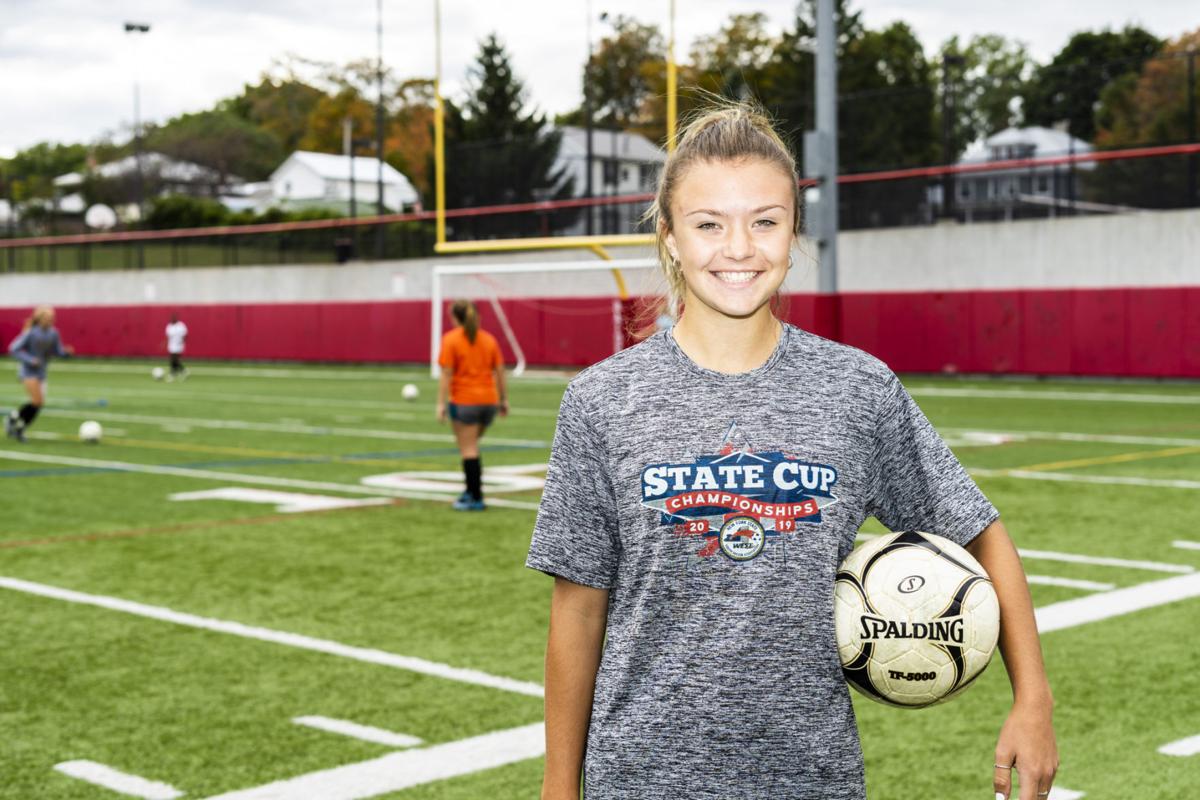 Lowville senior Hannah Freeman has played varsity soccer for the Red Raiders since she was an eighth-grader.Julia Hopkins/Watertown Daily Times 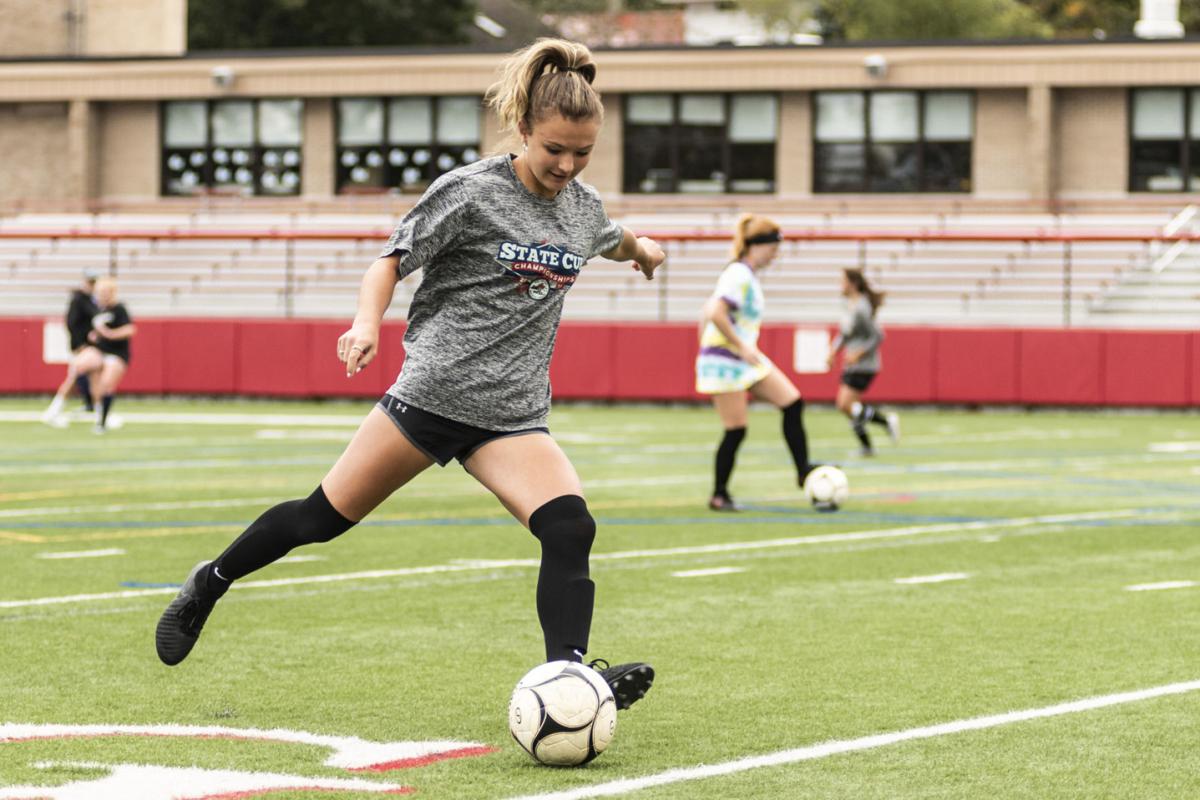 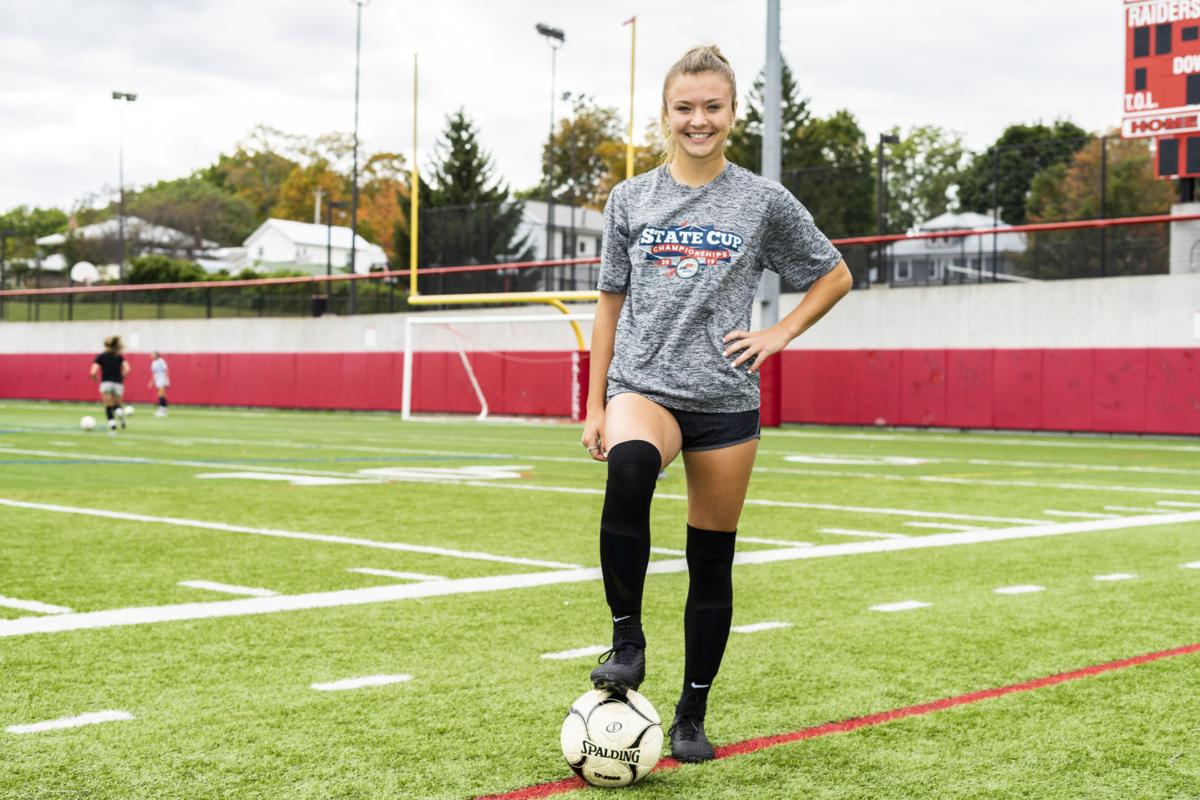 Lowville senior Hannah Freeman has played varsity soccer for the Red Raiders since she was an eighth-grader.Julia Hopkins/Watertown Daily Times

LOWVILLE — Hannah Freeman says she’s a perfectionist, and she seems to thrive during pressure situations on the soccer field, many times when it counts most.

This includes a prowess for implementing set-piece plays by the Lowville senior midfielder, mainly on restarts, such as free and corner kicks, and of course, penalty kicks.

“I take all the set pieces for us,” Freeman, a central-midfielder, said. “So if I get caught in a corner, then it’s a long trek back, but usually my team is really good about helping me out and covering my position while I’m gone.”

One of the most crucial parts of practice at Lowville is working on these plays every day on the turf behind the school.

“It just takes a lot of chipping and accuracy, practice,” Freeman said. “You have to definitely be calm. Sometimes my emotions get the best of me and I put too much power behind it, so I really have to kind of cool myself off before I take a direct (kick).”

Setting up and executing these plays involves a great deal of strategy, where players vie for just the right spot to play the ball.

“I think they are really crucial in a game, because they can really make or break the score,” Freeman said. “They can definitely cause a goal.”

“She’s very accurate with her foot,” Lowville coach Leo Sammon said. “She kicks our corners and we have certain targets, and we kind of say ‘one play goes one place and one play goes to another.’ And she’s really good at putting the ball where she wants the ball to go to.”

And usually, Freeman is successful, such as on Monday night when she scored on a pair of penalty kicks in a Frontier League game at Indian River — both coming in the first half, in the fifth and 36th minutes, respectively.

“We work on penalty kicks quite often and not only me,” she said. “Because if we get in a penalty kick scenario, we work on it as a team so we can all handle the pressure.”

Freeman has had plenty of time to work on her skills at the varsity level as she has started in the midfield for the Red Raiders since she was in eighth grade.

“She has the green light to try and put the ball where she wants it,” Sammon said. “If she wants to chip it or she wants to shoot, we just trust her to do it.”

Freeman has helped guide the Red Raiders to a 6-2-1 start this season, including a 4-0-1 record in the Frontier League.

By generating 26 points through the first nine games of the year, including 11 goals and four assists, Freeman is among the top scorers in the Frontier League, as well as in Section 3.

Although converting on penalty kicks is gratifying, Freeman says she has the most fun with free kicks where she can be the most creative.

“I like directs just outside the 18, not centered,” she said. “I think that it’s good for me to loft the ball back post and we usually have people there to head it in.”

“Actually through the years, she’s had some big goals off directs,” Sammon said. “She’s got it around a wall or found openings, so she does a very good job.”

Freeman also hones her soccer skills beyond the Red Raiders, playing much of the year with the Syracuse Development Academy with her team traveling around the state as well as the country.

She also keeps in shape by running track and field at Lowville, mostly competing in the 1,500-meter run as well as the steeplechase, where she holds the school record.

“Especially being a center-midfielder, I need to have the endurance and not only sprinting,” Freeman said. “It’s a lot of running, it’s a lot of movement. I have to go up the field and back. But I’m not the only one there, I play side-by-side, usually with Sara Wood, and together we work up and down the field. We go out wide and lot of times, the shots come from the side.”

Freeman is one of nine seniors on the Red Raiders squad, with all nine serving as team co-captains.

As a team Lowville displays plenty of balance as seniors Sydney Brown and Anna Wood have each generated three goals through Monday’s play.

“I think this year we’ve been more tight-knit actually than most years,” she said. “And that’s one of the things that really helps us when we walk on the field. We all have the same goal, we all want to win and we want to make it far this year.”

Playing varsity for five seasons, Freeman has been inspired by former Lowville players, including goalie Alexis Bach and defender Haley Cole, who as a senior played on the team when Freeman was a sophomore.

“It was definitely challenging and I know at times I played at forward or somewhere different, but the older girls that we had on the team at the time really lifted me up. They expected a lot from me, so it gave me high expectations.”

Freeman also plans to play soccer at the Division I level in college as she’s committed to attend Rider University in New Jersey.

Lowville has its sights set on earning another “B” Division title in the league as the team has won the past six division championships.

After losing to Holland Patent, which is ranked No. 5 in the state in Class B, 5-0, in nonleague game on Saturday, the Red Raiders bounced back with a 3-0 win over Indian River on Monday.

“We’re doing really good,” Freeman said. “We’ve won some big games and lost a couple that I think have really humbled us. So hopefully we can learn from those and be better as a team.”

Beyond league play, Freeman and the Red Raiders hope to make a run in the Section 3 playoffs. As a sophomore, Lowville lost to Westhill, 1-0, in a sectional final and were edged by Clinton by the same margin in the semifinal round last year.

“I think it was really tough on some of us,” she said. “But it’s something that ultimately motivates us and make us want it even more this year. Especially because for nine of us, this is our last go-round.”

Other sports: Track and field