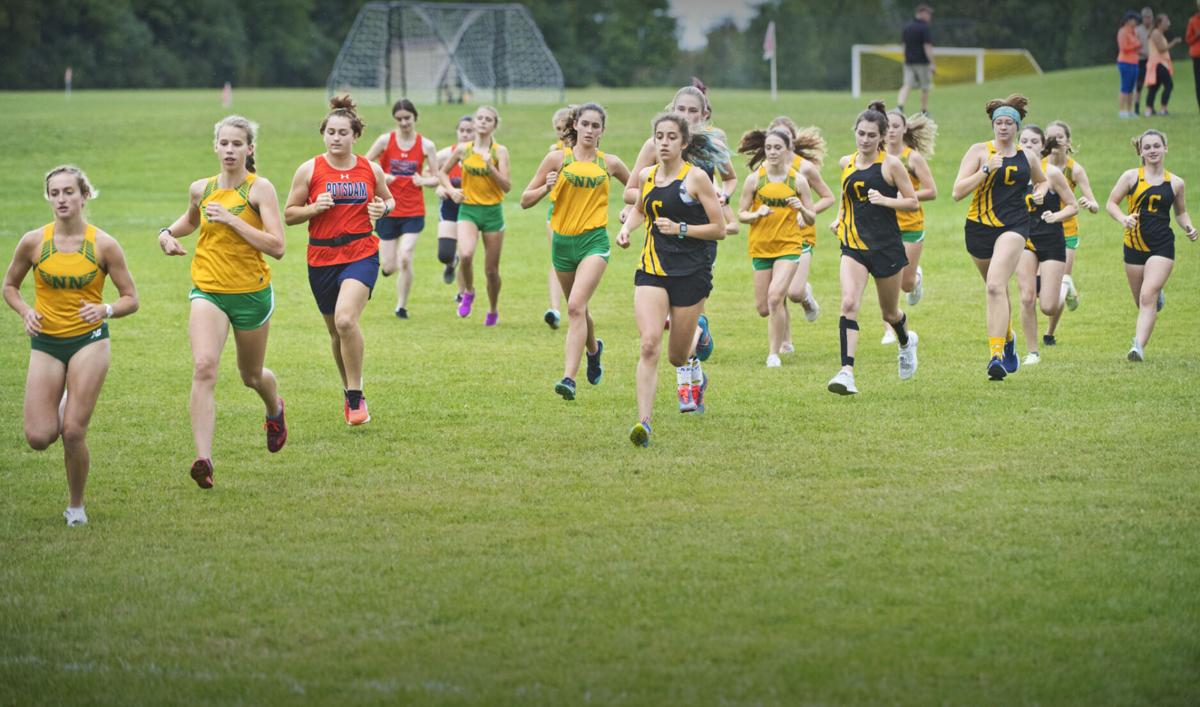 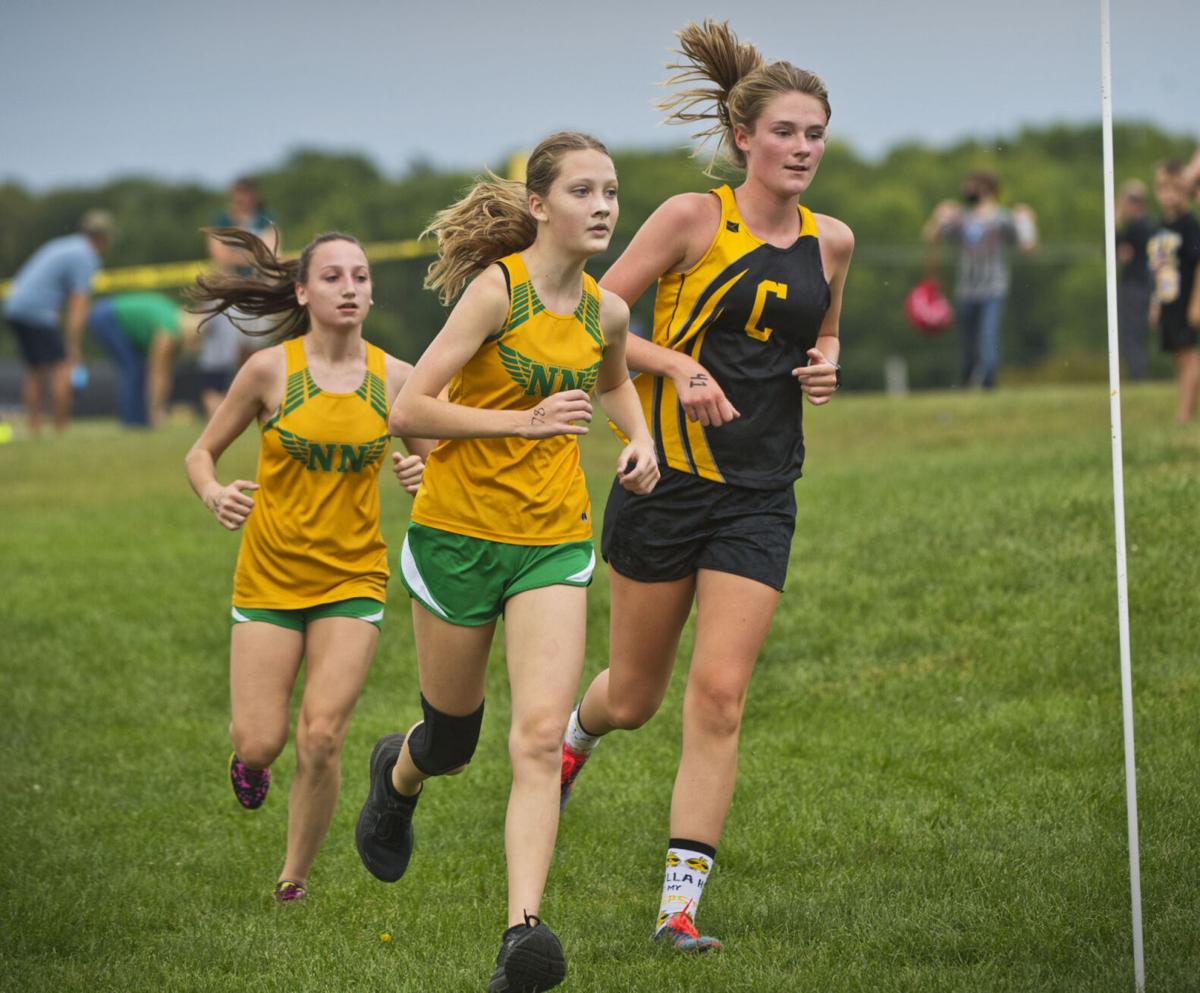 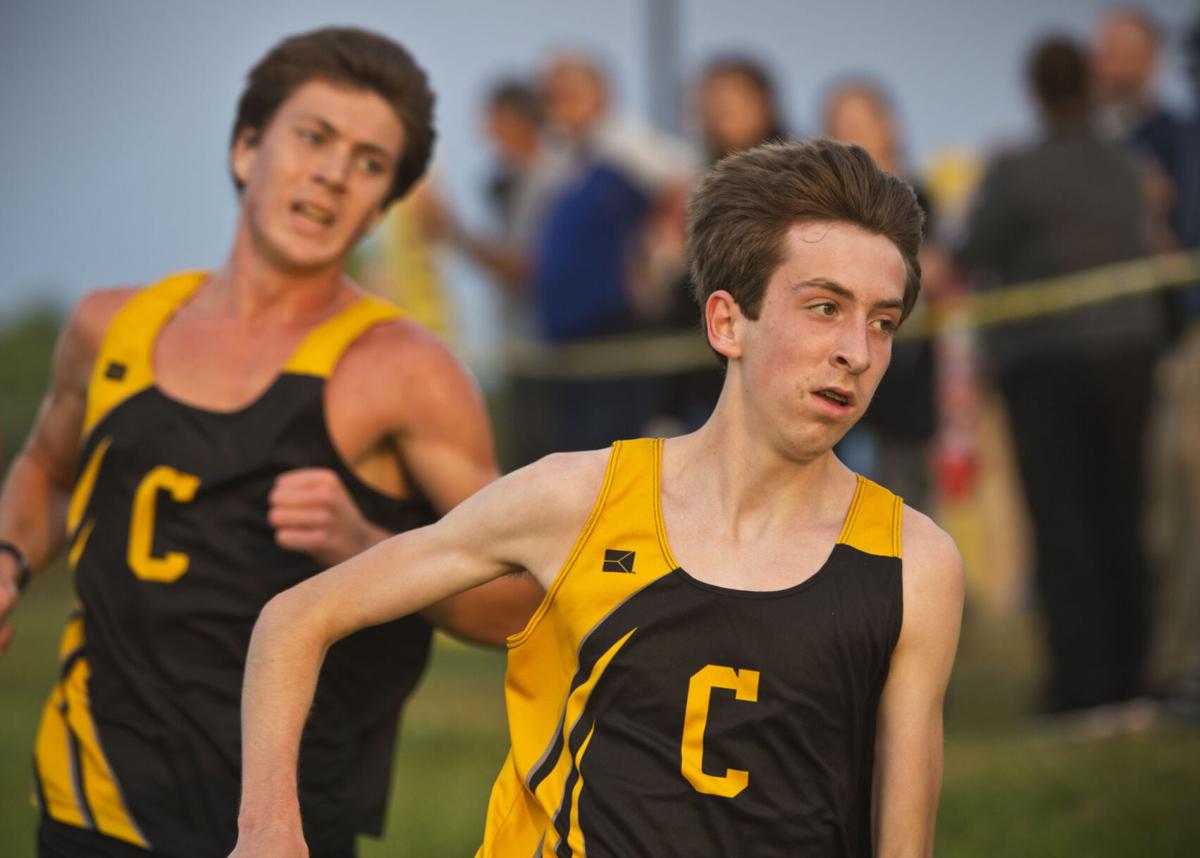 Runners from Norwood-Norfolk, Canton and Potsdam wait for the starter during Tuesday’s three-team meet at Canton. Christopher Lenney/Watertown Daily Times

Runners from Norwood-Norfolk, Canton and Potsdam wait for the starter during Tuesday’s three-team meet at Canton. Christopher Lenney/Watertown Daily Times

Lyndaker broke a record of 16:48 set by Ogdensburg Free Academy’s Nate McNally in 2018.

Host Brushton-Moira (2-0) had the only complete team and picked up wins over OFA and Salmon River.

Senior Maddie Dinneen finished 30 seconds ahead of teammate Sharon Colbert and that duo was followed by Rachel Hewey as Norwood-Norfolk beat Canton (17-44) and also defeated an incomplete Potsdam team in Canton.

Canton also beat the Sandstoners in the opening race of the season.

Jasmine Baker was the individual winner for host Brushton-Moira and the Panthers were the only compete team in a meet which included OFA and Salmon River.

n Gouverneur picked up three wins in a meet in Massena, beating Malone 23-32, Massena 16-40 and beating an incomplete team from Tupper Lake.

Brianna Rogers made nine saves to lead Canton to a shutout of Salmon river (1-3, 0-2) in a Central Division game in Fort Covington.

Emily Estabrooks led Canton’s offense with a goal and an assist on a goal from Anna Woodruff.

Olivia Merrill made seven saves as the Blue Devils defeated the Flyers (0-3, 0-2) in a Central Division game in Norwood.

Maryann Durham and Karina Benzel also scored for the Cougars.

Olivia Cook scored two goals and assisted on another to lead Chateaugay past St. Lawrence (0-2) in an East Division game in Brasher Falls.

Alexis Stuntz led Canton with wins in the 200-yard individual medley and 100 backstroke.

The Huskies swept the Eagles (0-2) in an intradivision match in Malone.

Drago Jukic scored twice to lead the Sandstoners past the Wildcats (0-3, 0-2) in a Central Division game Monday.