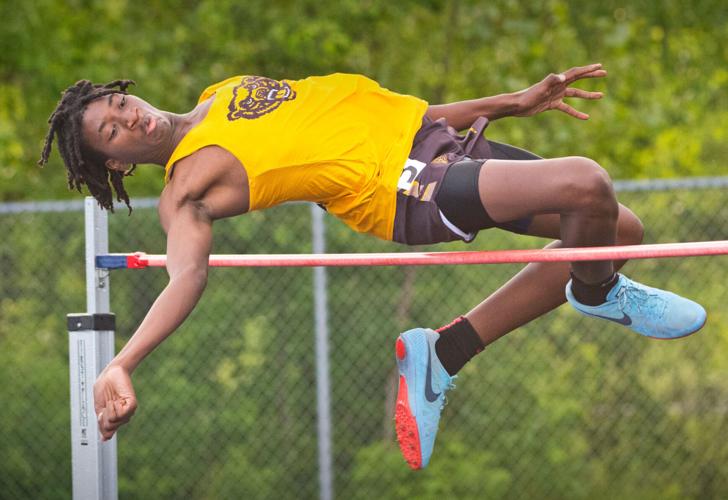 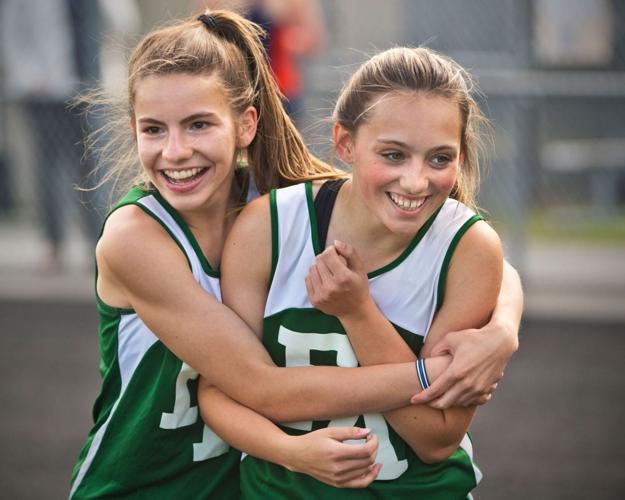 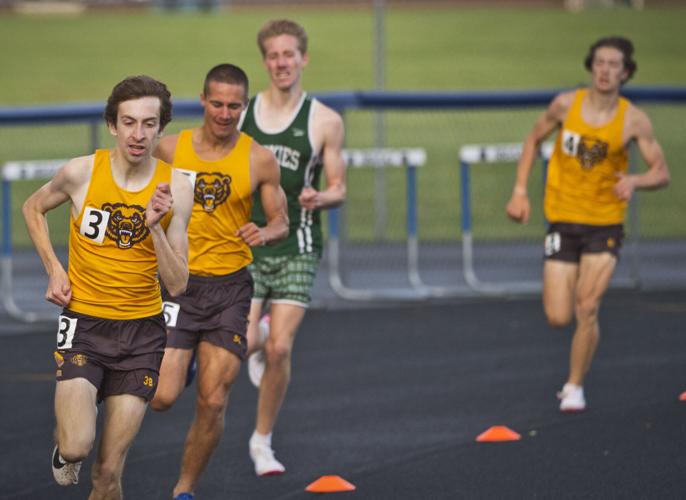 Canton’s Nicholas Lyndaker leads the pack heading into the final turn of the 800-meter run at the Section 10 track and field championships. Christopher Lenney/Watertown Daily Times 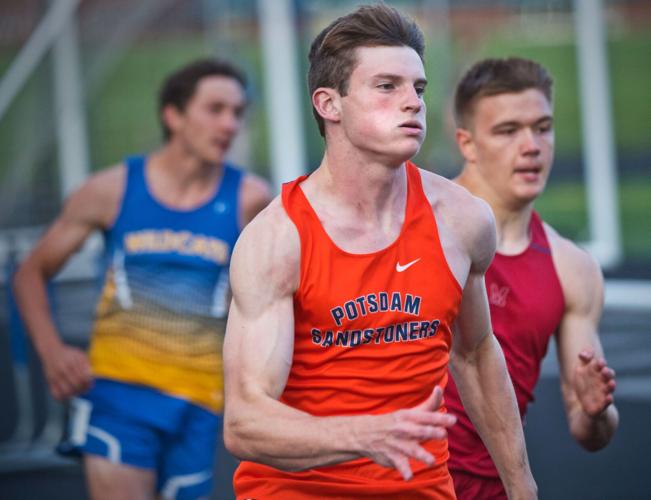 Potsdam’s Ansen Herrick starts to pull away in the turn of the 200 meter dash, June 3, at the Section 10 track & field championships. Christopher Lenney/ Watertown Daily Times 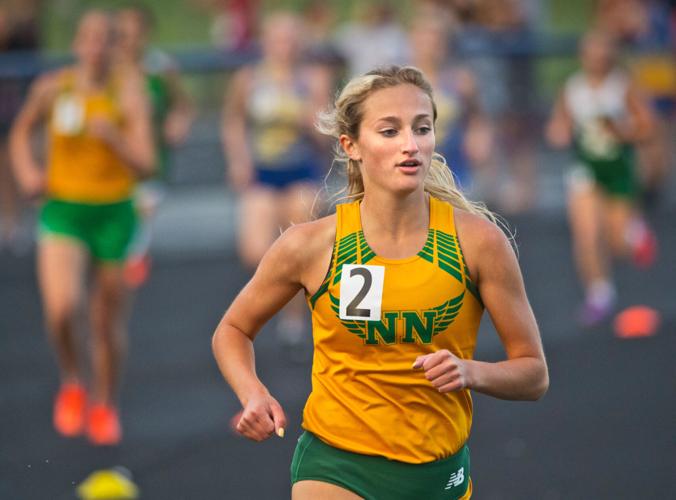 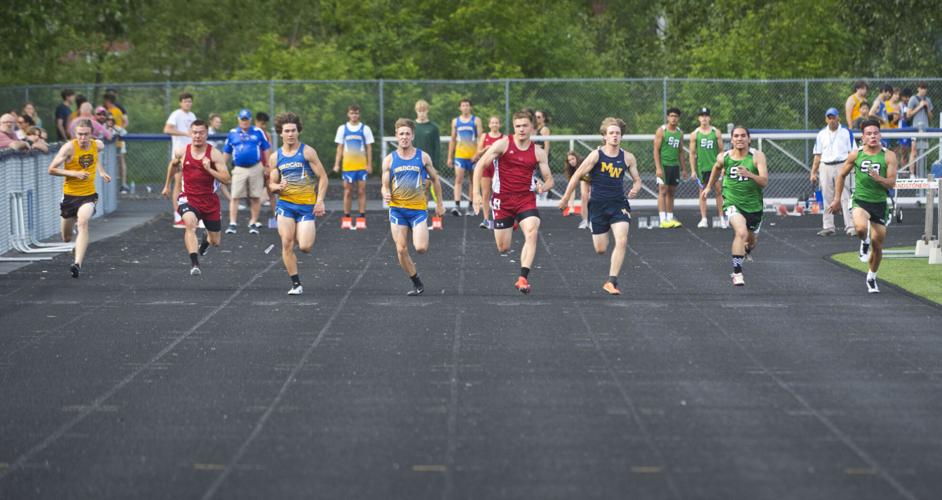 Competitors in the boys’ 100-meter dash barrel down the track at the Section 10 track and field championships. Christopher Lenney/Watertown Daily Times

Canton’s Nicholas Lyndaker leads the pack heading into the final turn of the 800-meter run at the Section 10 track and field championships. Christopher Lenney/Watertown Daily Times

Potsdam’s Ansen Herrick starts to pull away in the turn of the 200 meter dash, June 3, at the Section 10 track & field championships. Christopher Lenney/ Watertown Daily Times

Competitors in the boys’ 100-meter dash barrel down the track at the Section 10 track and field championships. Christopher Lenney/Watertown Daily Times

The meet started at 5 p.m. but a half-hour in there was a 90-minute delay as the athletes, coaches and spectators sat in the Potsdam gym waiting out a thunderstorm.

The Canton boys finished with 171 points and Potsdam was second at 135, followed by Gouverneur with 59.

Canton’s win was led by senior Nick Lyndaker, who won the Outstanding Runner award. Lyndaker won the 1,600-meter run on Thursday and added wins in the 800 and 3,200 Friday. He also ran on a winning 3,200 relay Thursday.

He was trailing Malone’s Aiden Langdon heading into the final 100 meters but Langdon fell over a hurdle.

“I felt bad for him,” Finley said. “I was looking forward to a close race. I was kind of disappointed because I didn’t want to win like that, I wanted it to be a fight to the end.”

Canton also picked up a win in the high jump from 6-foot-7 Ayomi Odetoyinbo.

“I’m excited and I have great coaches,” Odetoyinbo said. “I wasn’t expecting to win. I’m really excited (about the state meet).”

Potsdam’s girls finished with 113 points and Norwood-Norfolk was second with 110. Malone was third with 82 and Gouverneur was one point back at 81.

Leading Potsdam to the win was Izzy Shatraw, who won the 400 hurdles just before the rain delay and won the triple jump.

“For me it was mentally tough today in the triple jump,” Shatraw said. “I had not practiced in two weeks. I was kind of going for it and I did really bad until my last jump.”

Massena’s Aaron Binion won the 100 and then edged Potsdam’s Ansen Herrick for a win in the 200. The race was so close officials had to look at a photo of the finish to determine Binion won. Binion also was named Outstanding Sprinter.

“That was crazy,” Binion said of the 200 finish. “(Herrick) dived forward and I thought he got me. It was great competition. It was insane. I never pushed myself that far before. We’ve been rivaling for quite a while now.”

The Outstanding Thrower was Potsdam’s Harlee Besio, who won the discus Friday and the shot put Thursday.

Malone’s Adyson King, an eighth-grader, was named the girls Outstanding Sprinter after winning the 200 Friday to join a win in the 400 on Thursday.

“I thought about the what-if’s of the 200, but I gave everything I had,” King said. “I knew I was running to my full capacity, so I felt good the whole way.”

Norwood-Norfolk’s Maddie Dinneen was named the Outstanding Runner after ending her local high school career with wins in the 800 and the 3,000, where she lapped several runners. She finished with four individual titles.