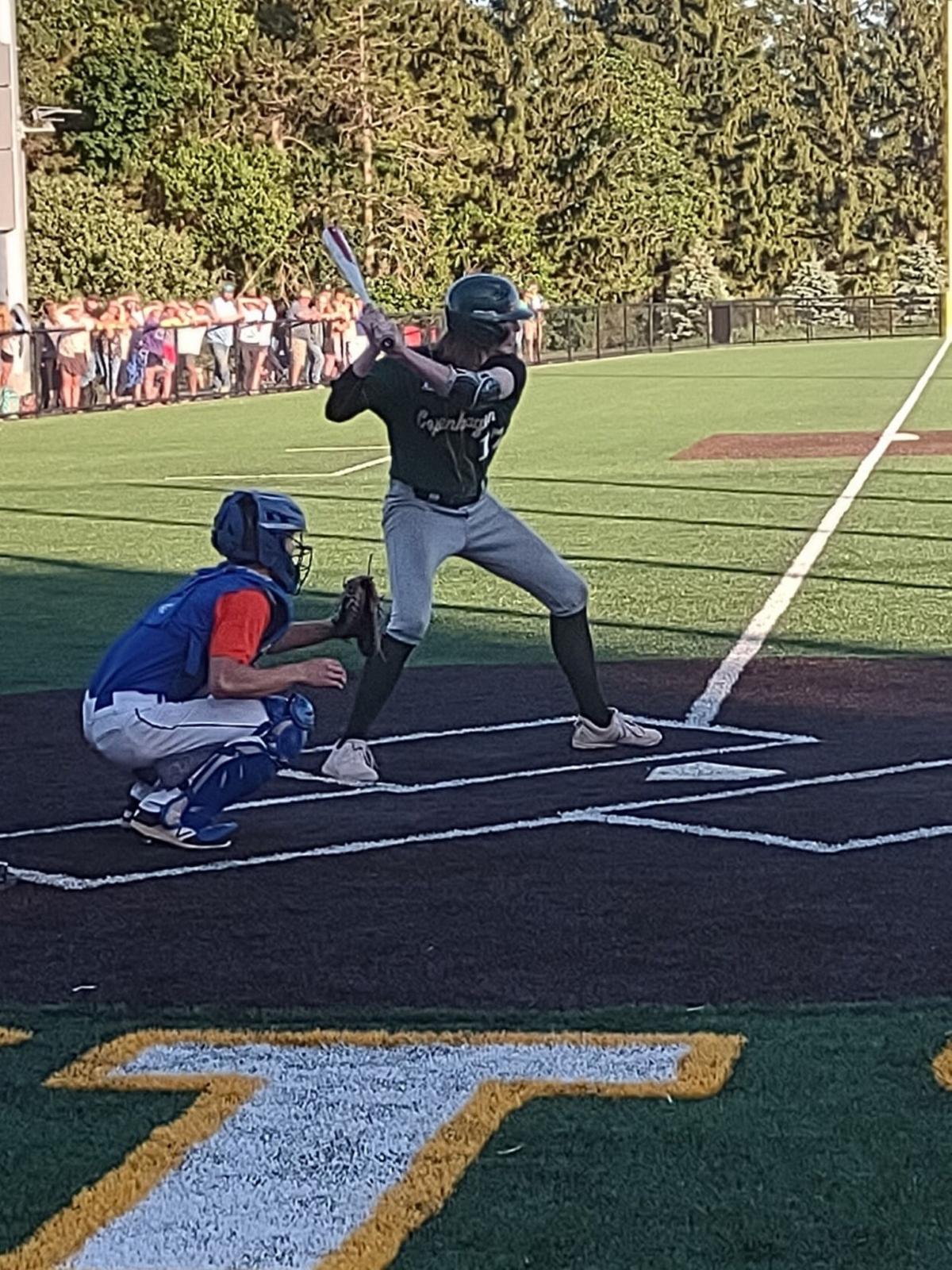 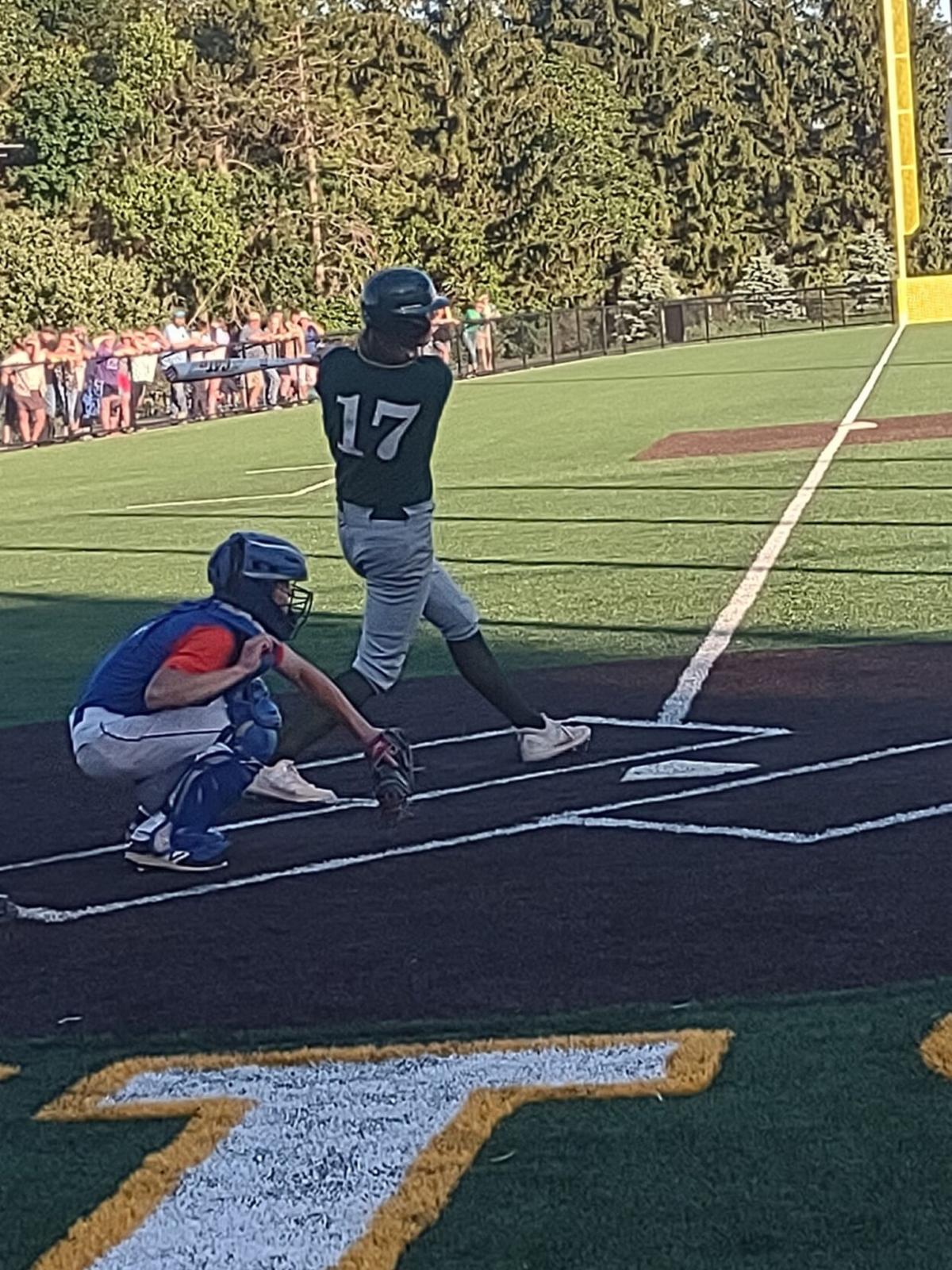 COPENHAGEN — The third-seeded Poland Tornadoes found the right time for their offense to come alive.

Gavin Krauciunas tripled twice and drove in five runs, while Ben Deragon tossed a complete game giving up only two runs as Poland used a pair of five-run innings to down No. 2 Copenhagen, 15-2, in a Section 3 Class D semifinal Thursday at the Copenhagen Sports Complex.

Poland (10-4) moves on to host No. 9 DeRuyter, which had upset top-seeded Lyme in Tuesday’s quarterfinals, in the Class D championship game Saturday, with time yet to determined. DeRuyter beat to beat No. 5 New York Mills, 13-10, on Thursday.

“It’s great we have a sectional final to look forward to,” Krauciunas said. “I’m pumped and I can’t wait for Saturday.”

Poland had been struggling to put up runs since it wrapped up the Center State Conference Division IV crown. However, the Tornadoes got the bats going early with five runs and five hits in the first inning.

“Once we clinched the league, we kind of took the foot off the gas,” Poland coach Greg Cuthbertson said. “We just talked to them about getting back to the basics.”

Deragon was staked to a five-run lead before taking the mound and was able to effectively change speeds when pitching.

Copenhagen’s usually potent offense that has scored double-digit runs nine times was kept off the scoreboard.

“He was throwing a bit of a combination of fastballs and curveballs with a little bit of a changeup,” Copenhagen coach Jim Spaulding said. “We just got behind too much and they brought their bats.”

The Golden Knights did have a chance to chip away at the lead with the bases loaded and one out in the second inning, but they weren’t able to push any runs across. Deragon got a flyout to centerfield from Cody Powis and then struck out Clayton Parkin.

“That took a lot of weight off my shoulders,” Deragon said. “I thought they were going to score a few runs when I got in the jam, but we got out of it.”

Poland added two more runs in the third before blowing the game open in the fourth with another five-run frame. Krauciunas, who’d been in a slump, provided the big blow with a bases-loaded triple to give the Tornadoes a 12-0 lead.

“He was in a bit of a funk and been struggling a bit,” Cuthbertson said. “We told him to keep swinging the bat and he came through for us.”

Copenhagen got a couple runs back after a Slate home run, but the senior slipped when he touched home plate. Slate thought he’d only doubled before he was informed the ball cleared the fence.

“I stopped at second base because I thought it was a ground-rule double, but second baseman (for Poland) told me to come around,” Slate said. “Then I absolutely eat it at the plate because it’s a slippery plate.”

However, Copenhagen was grateful to have a sectional tournament and hosted a pair of games after not having a 2020 season. Fall and winter sports didn’t get the luxury of playing Section 3 games due to COVID-19 restrictions.

“We didn’t have a season last year, so coming back to get second (place) in the (Frontier League “D”) division, a high seed and play at home twice in the playoffs felt good.” Graves said.