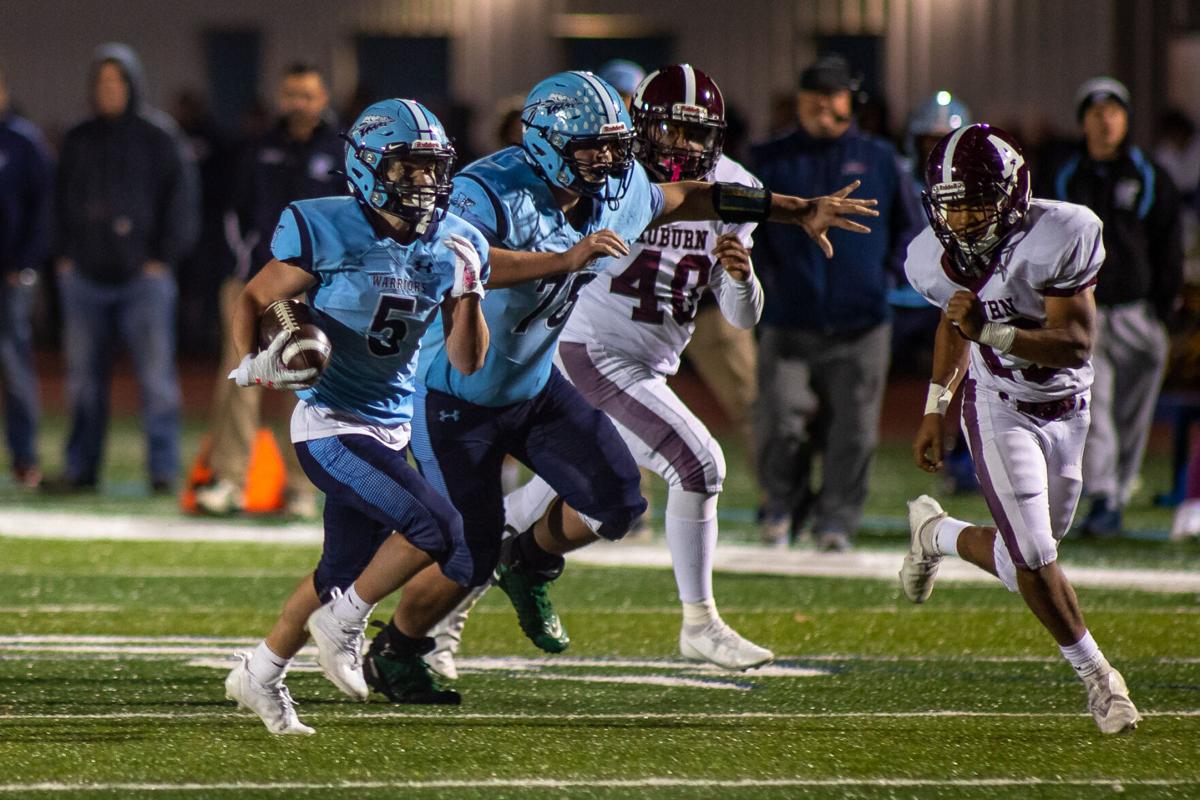 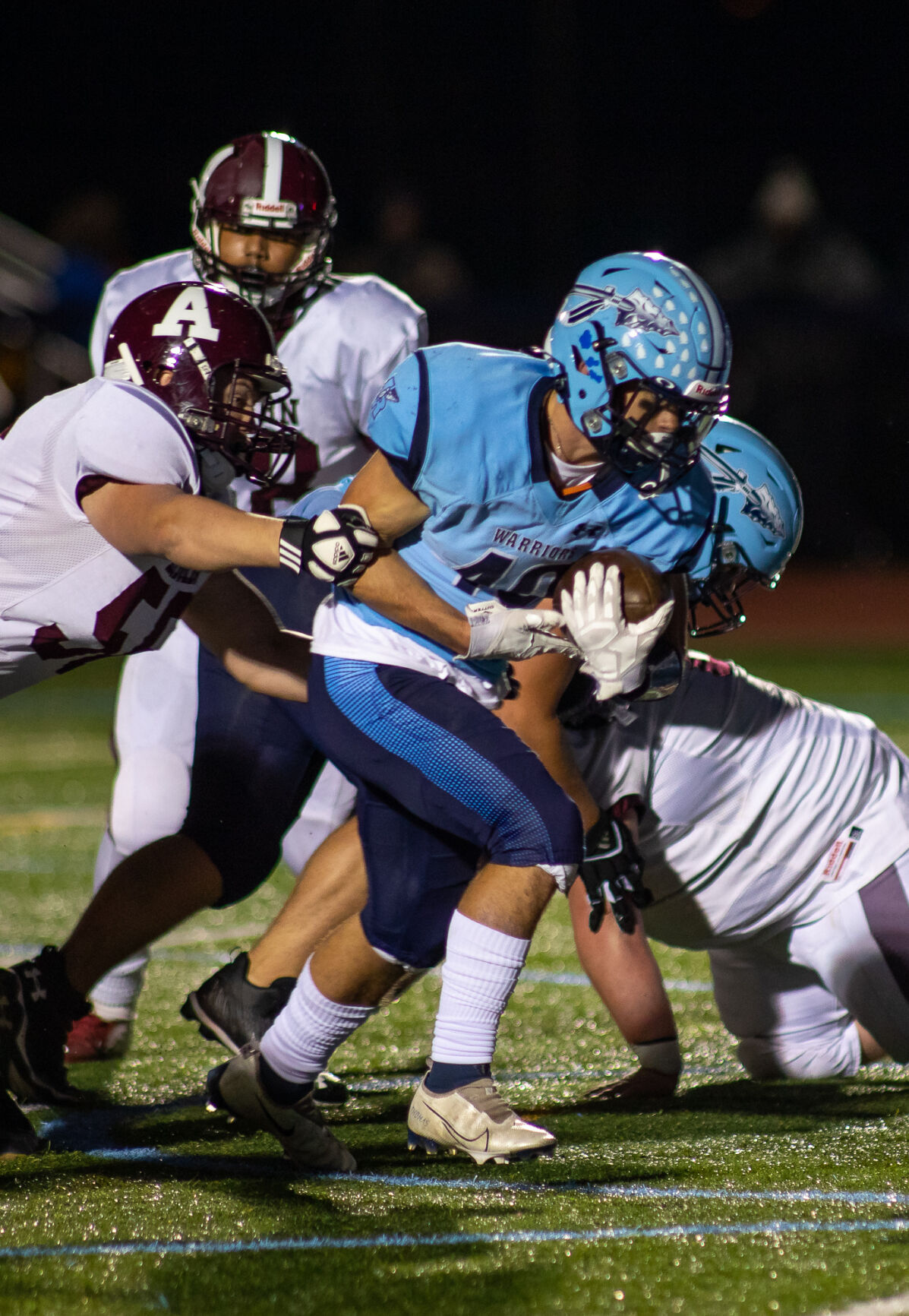 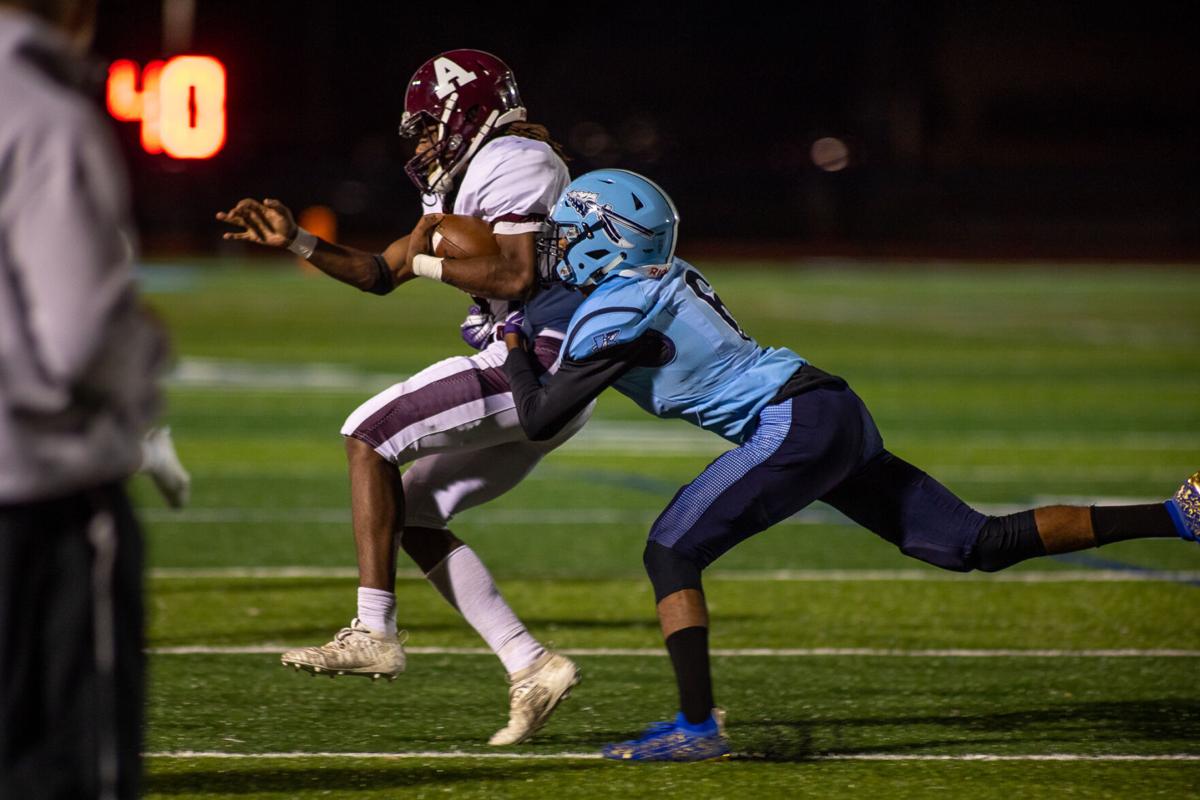 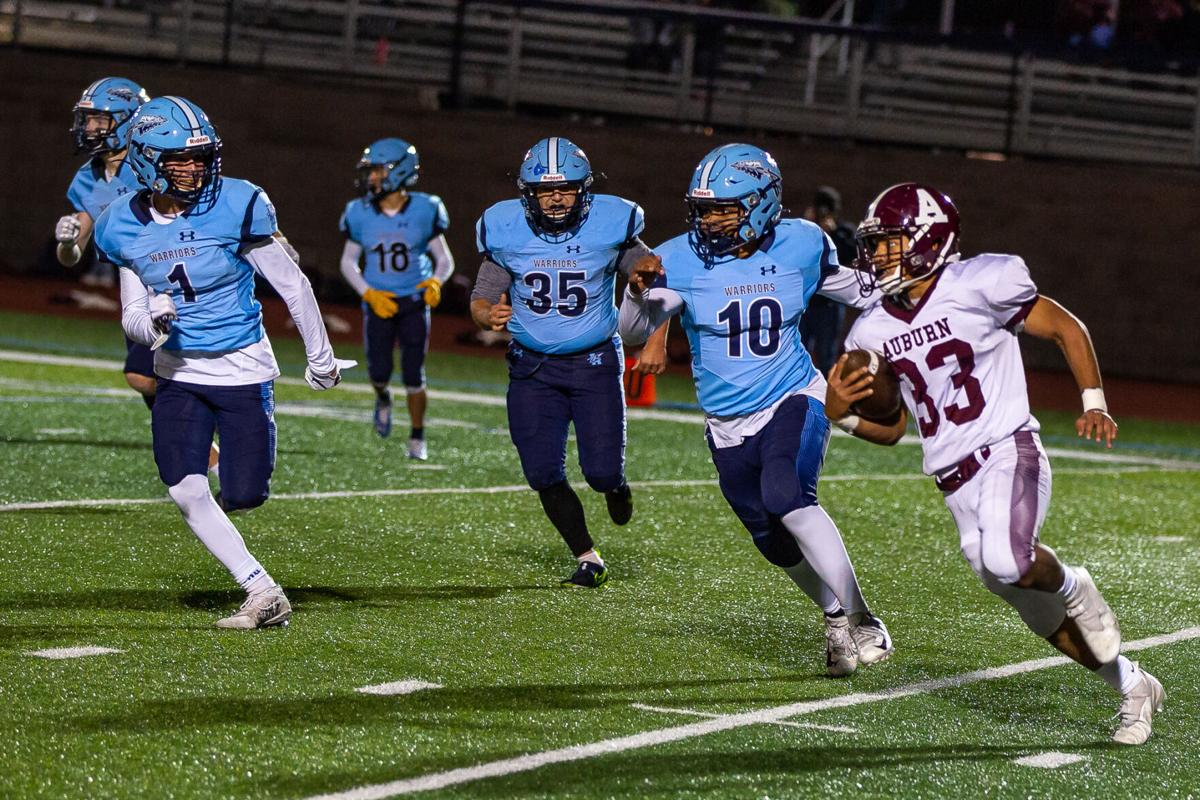 PHILADELPHIA — Well, it’s Halloween weekend and, for the early going Friday night, the Indian River football team was on the wrong end of a bad trick.

The Warriors were forced into patience, patience and more patience mode because their opponent, the Auburn Maroons, hogged the ball for more than eight minutes at the start of the Section 3 Class A quarterfinal at Indian River High School.

No worries, though, because once Indian River got an opportunity to touch the ball, and then meaningful touches, the Warriors cruised past the Maroons, 58-16.

“It was really, really frustrating,” Warriors coach Cory Marsell said of the Maroons’ game-opening 14-play, 80-yard drive that consumed 8 minutes and 8 seconds off the clock. “It was so bad at the start, the defense had to be on the field so long. I think we were a little too amped up.”

Always a quick-strike squad, the Warriors underscored that theme, eventually zooming out to 26-14 halftime edge, thanks to bunch formations, quick-trap running and a little double reverses following quick snaps.

The Maroons were left searching for answers after their 8-6 first-quarter lead quickly evaporated. It was an eerie first half in which the Maroons controlled the clock with 33 plays, gaining 169, but the Warriors were the product of ultimate efficiency, amassing 240 yards on just 13 snaps.

The Warriors, who honored 19 seniors afterward, put it all together, thanks to the running triumvirate of Rowan Marsell, Michael Davis and Gabe Lynch, who combined for six touchdowns.

Once Indian River got its motor revved to the max, there was no stopping the Warriors on their jaunts to the end zone.

“Once we got going, it was a bit of a relief,” said Rowan Marsell, who finished with 198 yards rushing on seven carries and three scores. He’s now near the 1,000-yard rushing mark for the season. “Auburn is a good team and they got athletes. I’m just glad we were able to figure it out later in the game.”

Marsell’s TD runs covered 22, 82 and 58 yards, and he credited senior offensive linemen Gannon Lynch, Matthew Gleason and others for a job well done.

“When I get some open space, I just tell myself, ‘just keep running,’” he added with a laugh.

On their first 14 plays by early in the second half, the Warriors produced five touchdowns and 34 points. They scored on back-to-back, one-play “drives” late in the second quarter. That scenario was created after Marsell scored on a 82-yard scamper and, after Auburn botched a reverse on the ensuing kickoff, Indian River immediately took advantage on Davis’ 15-yard score on the first play from scrimmage.

“The O-line did a nice job of creating lanes for runners once we got going,” Cory Marsell said.

Indian River backups Kane Lynch and Manuel Gonzales III got involved in the party late in the third and fourth quarters, scoring on respective 33- and 5-yard runs.

Auburn played without key running back Elijah Benson, who suffered a lower-body injury in last week’s win over East Syracuse-Minoa that got the Maroons into the Class A playoffs.

Auburn, which was then forced to alter its game plan because of the Benson injury, had four players who attempted a throw, and six players who caught at least one pass.