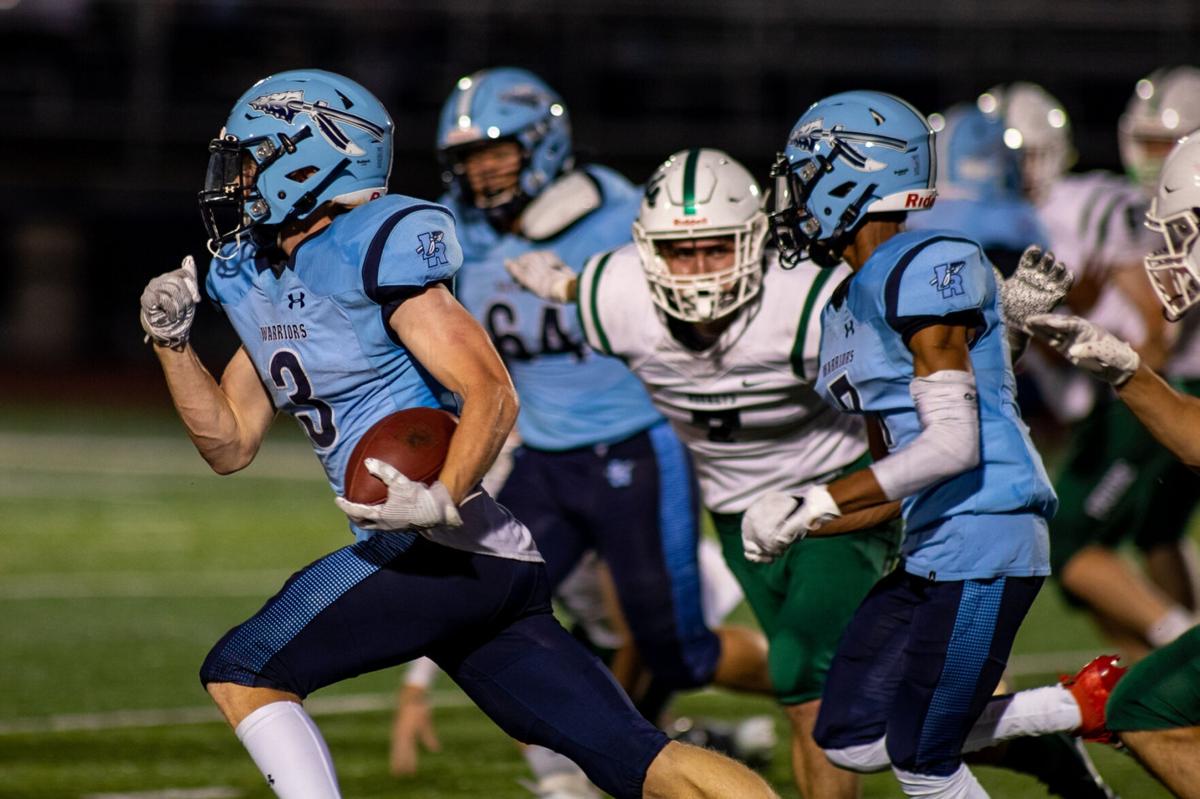 Indian River’s Rowan Marsell runs with the ball after intercepting a pass in the first quarter against Fayetteville-Manlius in a Sept. 17 game at Philadelphia. Kara Dry/Watertown Daily Times 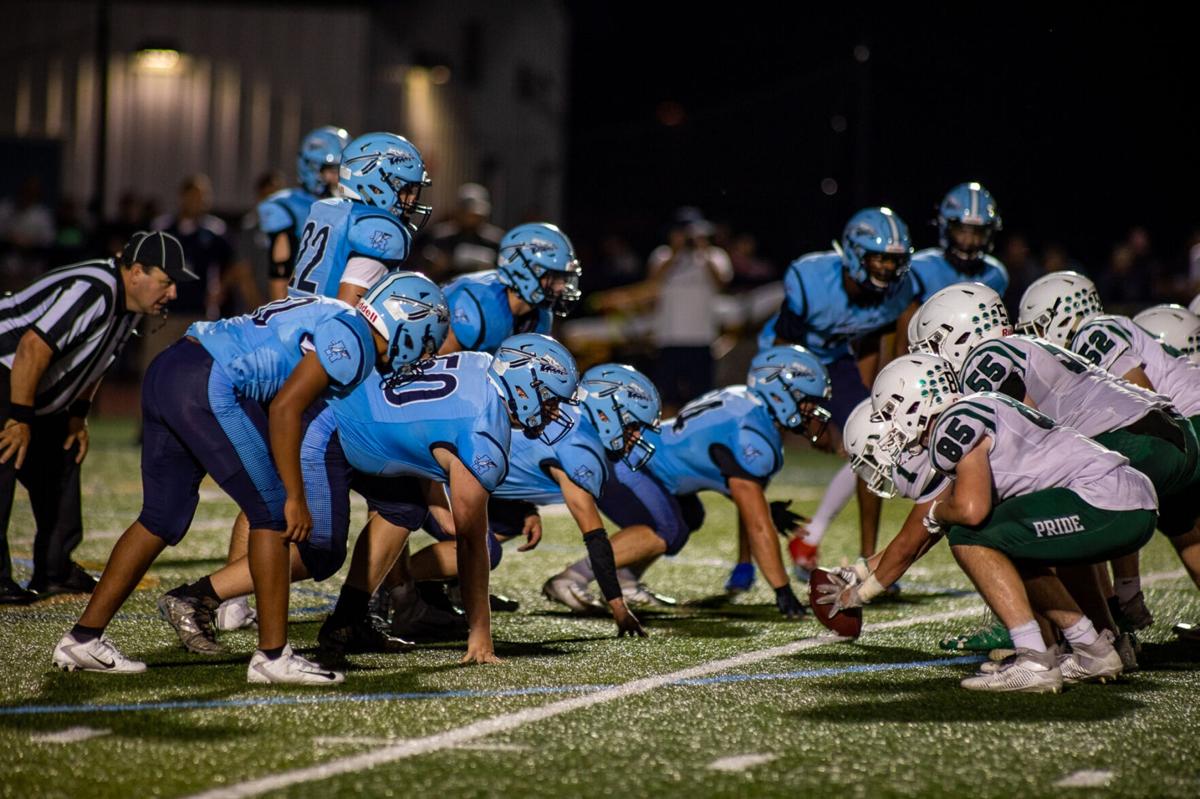 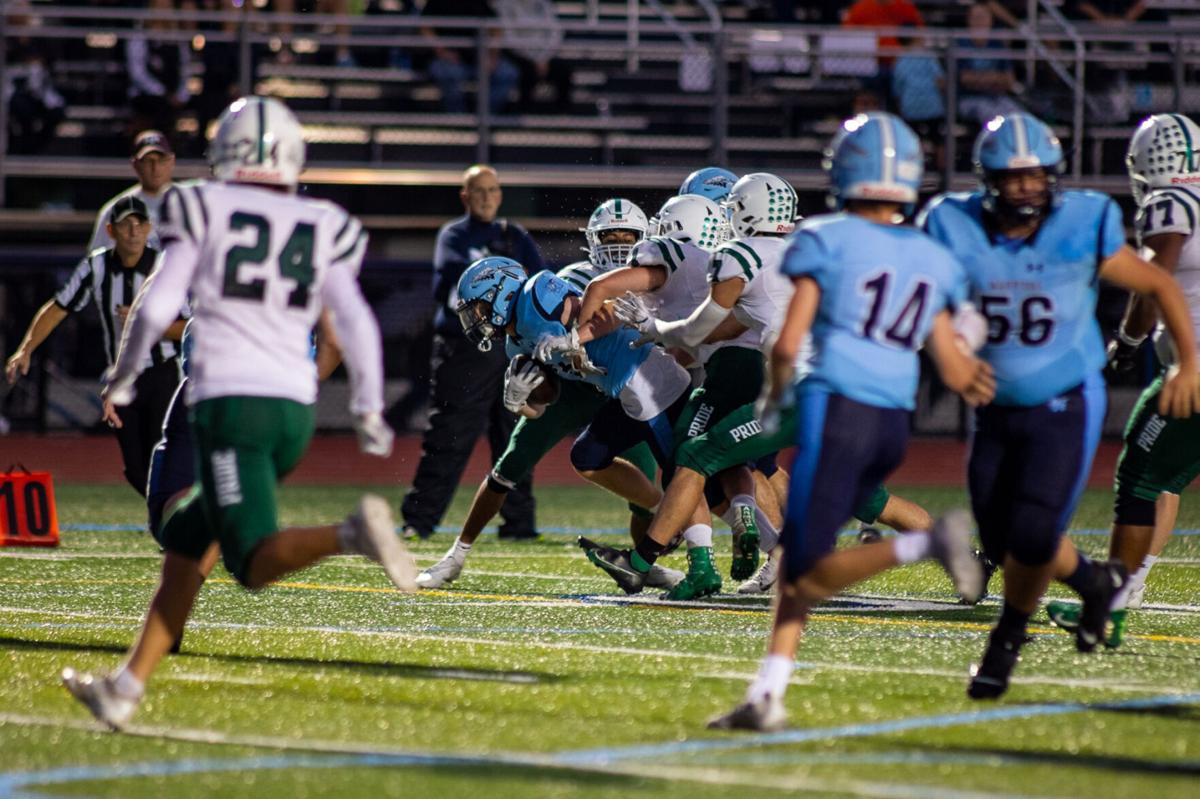 Indian River’s Rowan Marsell runs the ball in the first quarter against Fayetteville-Manlius during a Sept. 17 game in Philadelphia. Kara Dry/Watertown Daily Times

Indian River’s Rowan Marsell runs with the ball after intercepting a pass in the first quarter against Fayetteville-Manlius in a Sept. 17 game at Philadelphia. Kara Dry/Watertown Daily Times

Indian River’s Rowan Marsell runs the ball in the first quarter against Fayetteville-Manlius during a Sept. 17 game in Philadelphia. Kara Dry/Watertown Daily Times

After navigating a challenging regular season going undefeated, the Indian River football team has been awarded a top seeding in the Section 3 playoffs.

The Warriors, who have played only four games this season, are the No. 1 seed in the Class A playoffs, which begin Friday night.

Also unbeaten, General Brown is the No. 2 seed in the Class C playoffs, which also gets underway Friday.

Among other qualifiers in the area, Carthage is seeded fifth in the Class A field, and Sandy Creek is the No. 6 seed in the Class D playoffs.

Indian River (4-0) won the Class A National Division with a 2-0 record, capped by a 50-6 victory at Central Square last Friday night.

Indian River will host No. 8 Auburn (4-3) on Friday at 7 p.m. in a quarterfinal in Philadelphia.

“We would have loved to play more games, but it is a different year,” Indian River coach Cory Marsell said.

The Warriors, who also have wins against Fayetteville-Manlius, Whitesboro and Christian Brothers Academy, were originally scheduled to play eight games in the regular season, but four of their games were canceled for various reasons.

First, Utica Proctor opted out of the season opener Sept. 3, and then Indian River was forced to call off its game against West Genesee on Sept. 10 as it had several players in COVID-19 quarantine.

“We were fortunate to play the top teams on the other side and Whitesboro on our side, so we are excited to be the top seed,” Marsell said.

Indian River’s traditional showdown with Carthage on Sept. 24 was canceled after the death of Carthage junior varsity football player Tyler Christman, and then Fulton was forced to cancel its Oct. 15 game against the Warriors.

Second-seeded Fayetteville-Manlius (5-1), third-seeded Whitesboro (4-3) and West Genesee (4-2) round out the top four seeds in Class A.

General Brown rolled through the regular season with a 7-0 record, including 6-0 in the Class C2 Division.

General Brown went 6-0 to win the division, capped by a 46-24 victory at rival Lowville on Thursday night.

“We start off the same every season and the first goal is to win the division,” General Brown coach Doug Black said after the Lowville game. “And now we’re on to the playoffs and into sectionals.”

After winning its first two games on the road against Mount Markham and Holland Patent, the Lions captured three straight games on its home field by defeating Little Falls, Bishop Ludden and Canastota to lock up the division title.

General Brown was also awarded a forfeit win against Sherburne-Earlville.

The Comets, who concluded their regular season with a 34-20 loss to Whitesboro, finished at 2-1 in the Class A National Division, tied for second place with Whitesboro.

Sandy Creek will also open the playoffs on the road as it will play at third-seeded Waterville in a Class D quarterfinal at 6 p.m. Saturday.

The Comets fared 1-2 in the Class D North-West Division, including a 39-14 home win against Onondaga on Oct. 15.

In Eight-Man football, South Lewis (3-4) and Thousand Islands (2-4) both qualified for the postseason.

In the quarterfinals, the fourth-seeded Falcons will host fifth-seeded New York Mills (4-2) at 7 p.m. Friday, with the sixth-seeded Vikings playing at third-seeded West Canada Valley at noon on Saturday.

All semifinal games will be played at neutral sites with the sectional finals to be played at the Carrier Dome on Nov. 12-13.

“We are looking to be as good as we can be,” Marsell added. “Hopefully getting better each week. I think we are playing well right now.”