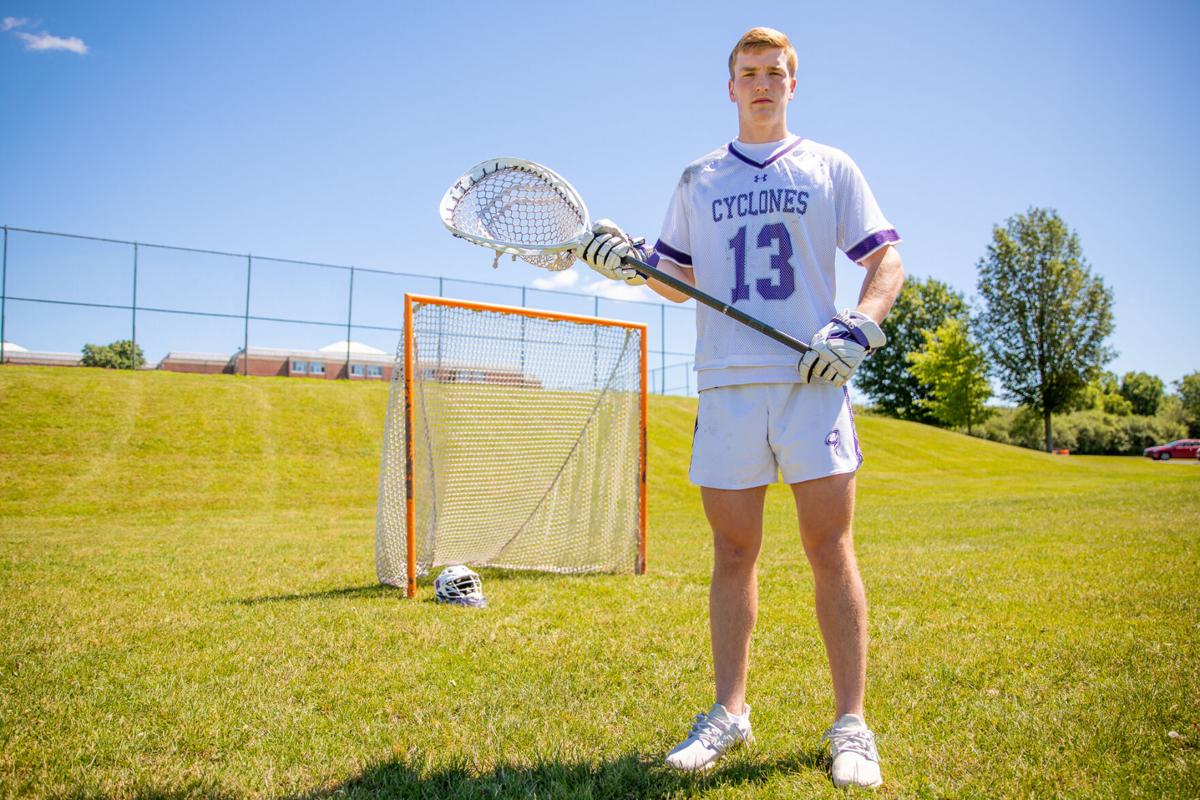 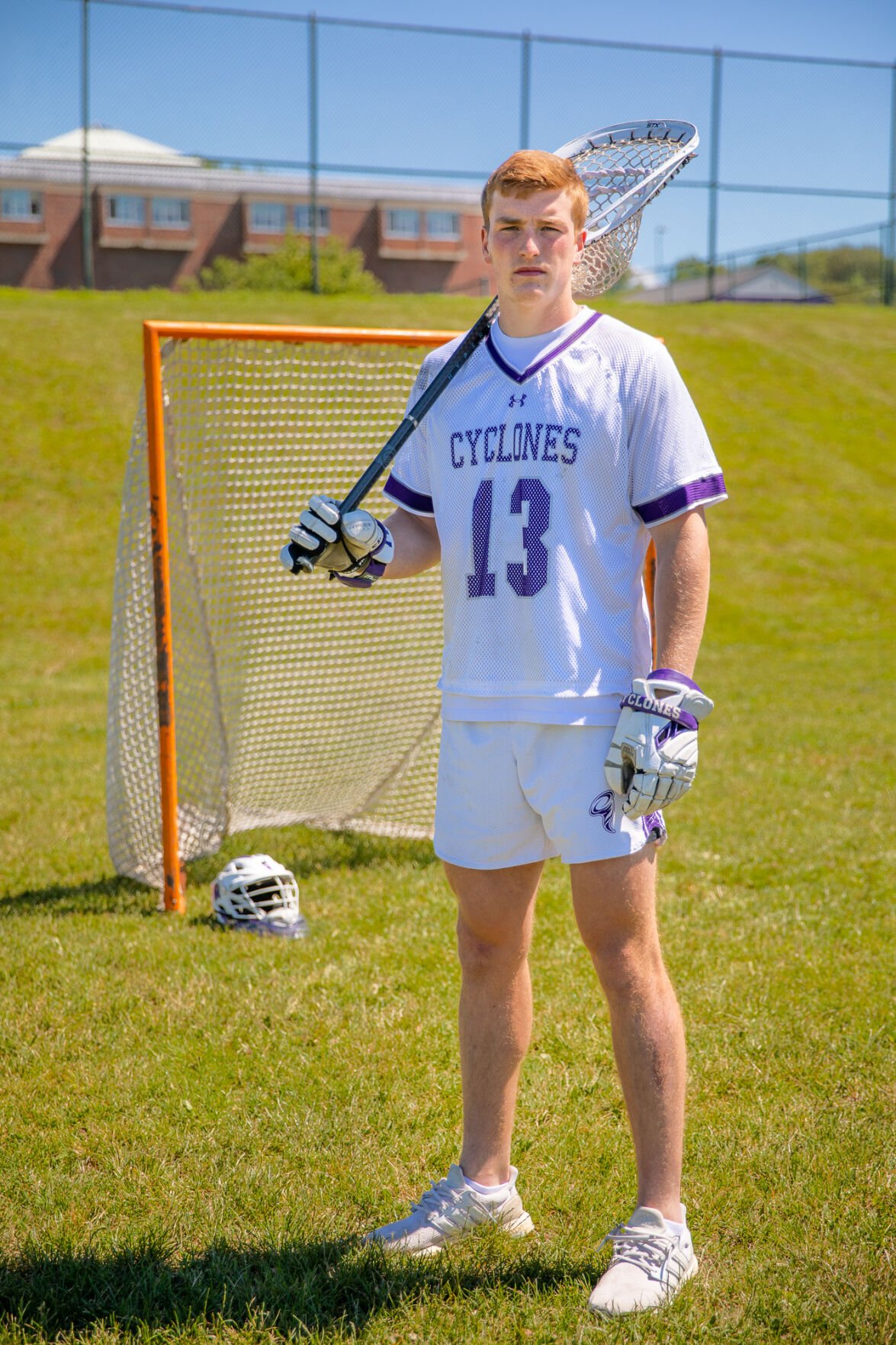 WATERTOWN — Evan Richardson began playing lacrosse at the grade-school level. It wasn’t long before he was handed a goalie stick for the first time and encouraged to try the position.

Not long after that, a few of his friends, some of whom are now Watertown lacrosse teammates, would line Richardson up against a brick wall at Sherman Elementary School, not far from where he lives, and shoot tennis balls at the youngster.

“Obviously ,once I got into high school it was more about positioning,” Richardson said about being a goalie. “But at that point, it was just me having no fear of the ball, just me standing there and they were chucking it at me for hours on end. And we loved it, that was the important thing.”

His love for the game originated back then, and fast-forward to this year, Richardson has completed his career as one of the top goalies in Cyclones program history.

Richardson, who will attend the U.S. Military Academy at West Point, has been selected as the Times All-North Boys Lacrosse Most Valuable Player from the Frontier League.

“Being a goalie is awesome, I’ve been a goalie my whole life,” Richardson said. “The biggest thing is the leadership, I love being back there, I feel like the quarterback. I love having guys trust me and listen to me, it’s so important to me and I don’t take it for granted at all.”

Richardson, who has started in goal since he was called up to the varsity team as an eighth grader and has been a starter since his freshman year, is one of the most decorated Watertown goalies ever.

He sported a 68-percent save percentage in his senior season, and led all of Section 3 in saves this year with 200. Richardson backed a Cyclones defense that allowed only 108 goals in 18 games this season.

His 574 career saves rank second all-time behind program leader Nathan Brow, who graduated in 2001 and registered 654.

“He finished nearly 100 saves behind the all-time saves leader in Watertown history,” Watertown coach Brian Navarra said. “And obviously we didn’t have a season last year (because of the pandemic). With that being said, if he had played last year, he would easily be the all-time saves leader at Watertown High School. His impact on and off the field, his leadership is really going to have a lasting impact on the program for sure.”

Richardson prides himself on the legacy that he and his fellow seniors have built at Watertown.

“It was great, the camaraderie on this team is unbelievable,” Richardson said. “Just a group of guys, we’ve all been together since fifth grade. All 15 seniors have been playing together since fifth and sixth grade, we’ve been on that team and we’ve grown up together.”

Richardson helped guide Watertown to the Frontier League championship, its first outright title since the league combined its two divisions into one circuit in 2018.

“It was awesome, in years past we’ve split the Frontier League or tied with General Brown or Carthage,” Richardson said. “It’s nice to just take it outright for the first time in a while, so that’s another part of that legacy.”

He also backed the Cyclones to a 15-3 win over Whitesboro in a Class B quarterfinal, marking the first sectional win for the team’s senior class.

“It was our first sectional win in a long time,” Richardson said. “We talked about it all season long, this group of seniors, about building that legacy. That was very important for us as seniors.”

Watertown’s season came to an end in a 9-7 loss at East Syracuse-Minoa in a Section 3 semifinal, but Richardson said this didn’t diminish what the team accomplished this season.

“We’ve been together a long time, so it feels good,” Richardson said. “Obviously it’s sad to see it end, but I thought we ended on a good note.”

“If you look back on some of the games, Evan single-handedly either kept us in a handful of games or outright won us games,” Navarra said. “He made 20 saves or more in multiple games, including that sectional semifinal game against (East Syracuse-Minoa). He had such a direct impact on the results of our games and mostly a positive impact.”

Now Richardson, who graduated on Friday along with his other senior teammates, is preparing to depart for West Point.

“Army has had an up-and-rising program in the last few years, no doubt,” Richardson said. “They were in the rankings this year, there was never a point in the season where they were out of the top 15. Beating Syracuse by 10 goals this year, that’s huge, and they lost to national champion Virginia, they lost to them by two goals. They’re totally on the rise and I don’t think I can be stepping into a better program.”

Richardson, who committed to Army on Sept. 11, 2020 during his junior year at Watertown, will soon leave for the academy and take part in boot camp this summer before taking on his studies for the first time as a cadet.

“I’m really excited to join those guys next year,” Richardson said. “Being a freshman, obviously it’s going to be tough, but I’m really excited to work hard, stay in the weight room just keep the stick in my hand ... and doing everything I can to stay in shape and become a better player to help my team accomplish one common goal.”

He’s also looking forward to playing fall lacrosse at Army, but he’s never forgotten his origins in the sport when he first found a passion for playing as a goalie.

“For my birthday one year, coach (Tim) Burnett, who was our fifth-and-sixth grade coach, and Chris Bebee, both those guys were our coaches, they bought me my first goalie stick. Because I was using like a borrowed stick from school,” Richardson said. “And when they bought me my first goalie stick, I was there every day, I was hitting the wall at night time with the lights out there, a lot of my close buddies, Vince Lavarnway, Gabe Lajoie, Kenny Forbes, some of those guys who I’ve been with forever. We put squares up on the wall so they could hit the target, we came up with a million different games to play and that’s where it all started.”