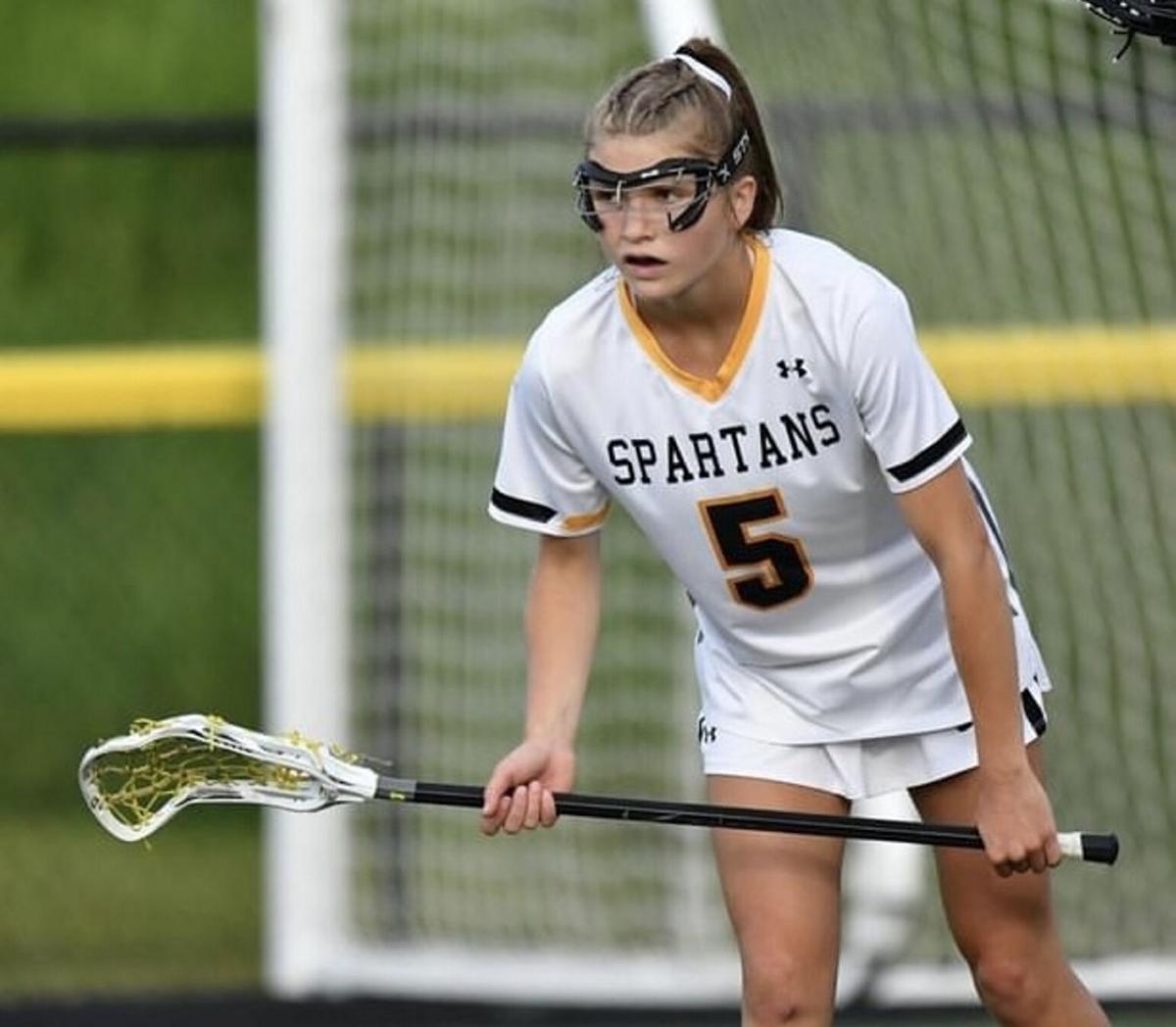 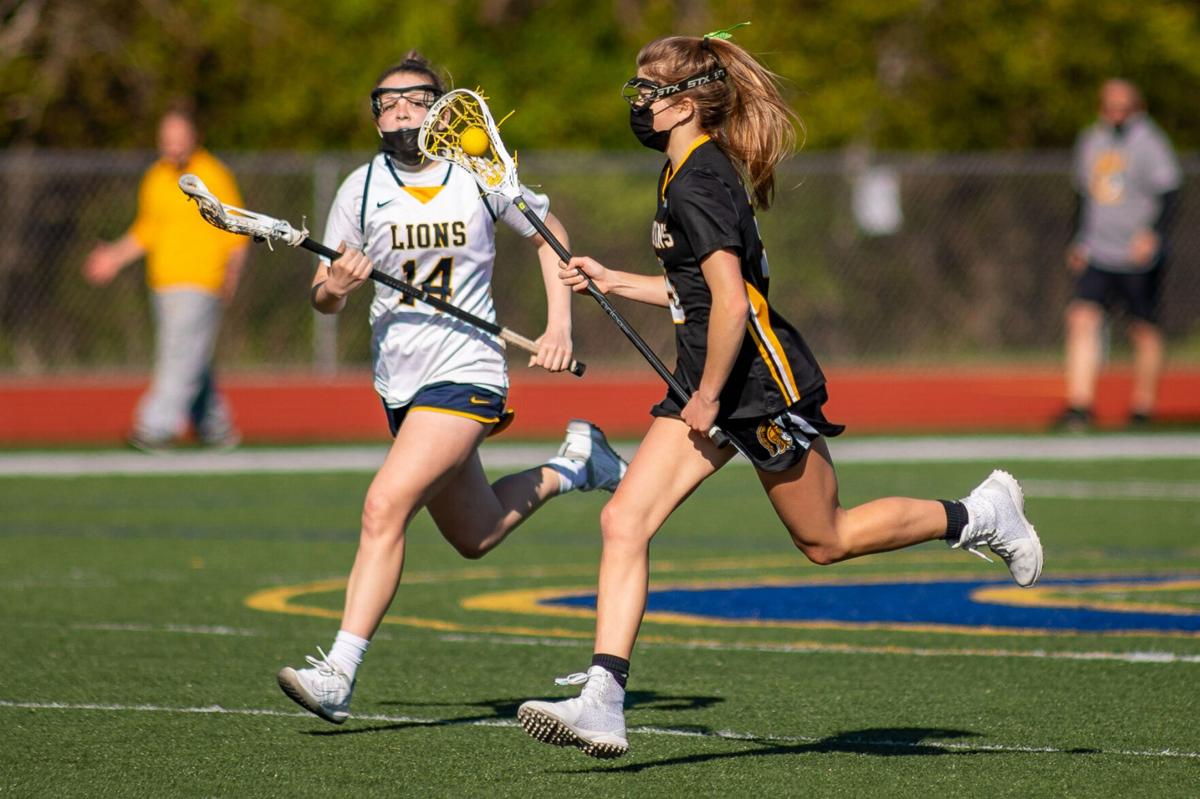 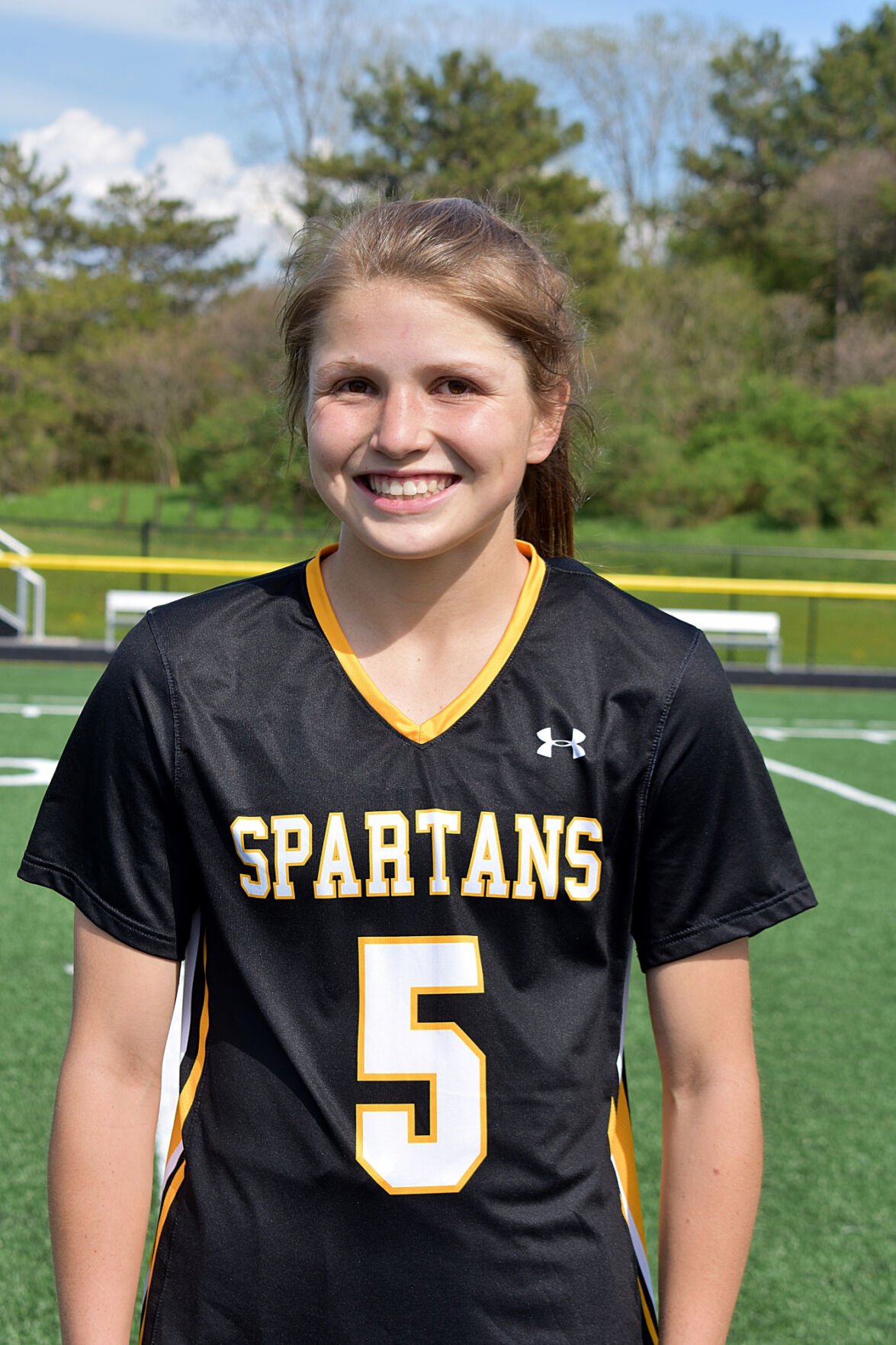 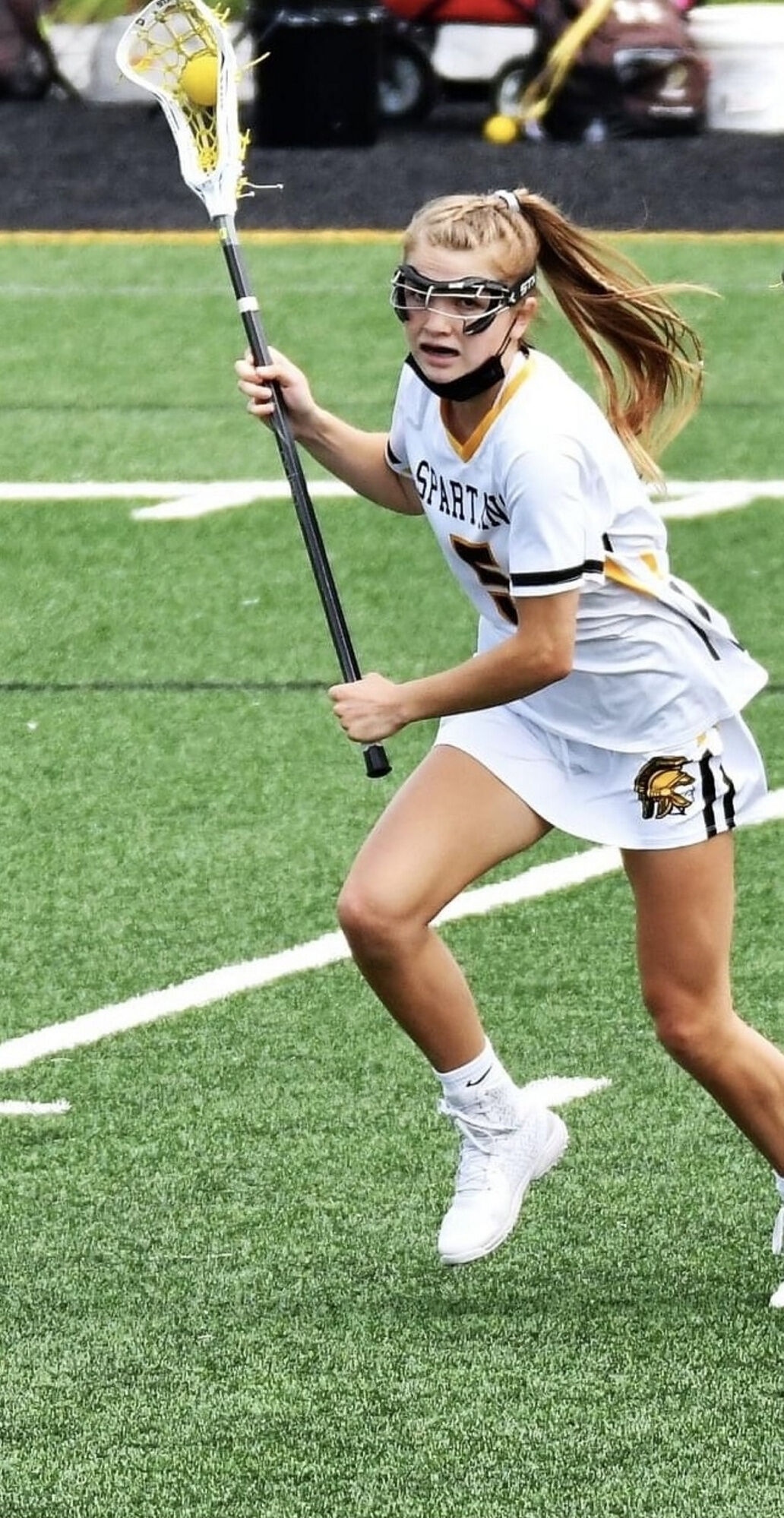 While possessing a relatively quiet personality both on and off the field, and utilizing her natural speed, Burnash’s play spoke volumes for her as a versatile midfielder.

The well-balanced Burnash has been selected as the Times All-North Most Valuable Player in girls lacrosse.

Burnash excelled in a variety of different roles for the Spartans, from helping to provide a spark on offense, as well as contributing on the defensive side.

“We didn’t play last year, so coming into it, it was very weird and exciting because we hadn’t played in so long,” Burnash said, referring to the COVID pandemic. “It was my first year playing varsity lacrosse and just being able to play with the people I’ve grown up playing with was a great experience.”

Burnash, who has verbally committed to attend the University of Connecticut, has also garnered All-American recognition this year, also impressive for a first-year varsity player.

“She could play at attack, but she’s needed in the midfield due to her ability to get the ball and she plays good defense,” Spartans coach Jen Williams said. “She’s a very balanced athlete.”

She is the fourth player in Spartans’ program history to be selected as an All-American, joining Morgan Alexander, Sydney Roderick and Paige Crandall. She’s also just the second South Jefferson player to garner the honor in her junior season along with Alexander, who did it 2014 and 2015.

“I think it’s quite a distinction for Karsyn,” Williams said. “This area and Section 3 as a whole is really a hotbed of lacrosse, so it’s really an awesome honor for her.”

Much of Burnash’s success this season has been grounded in her quickness on the field, displaying a deceptive kind of speed.

“She’s one of our leaders in the midfield and she’s a quiet girl, she does not talk a lot,” Williams said of Burnash. “But her play, she’s just very, very smooth, she’s like a deer out there. She looks like she’s slow until she’s running next to somebody and passes them. She’s very skilled and a very smart player.”

Her statistics convey her balance as a player. She not only scored 57 goals and assisted on 23 others, she’s also been a key contributor in the team’s possession game, totaling 70 ground balls.

“I think I’m an all-around middie,” Burnash said. “I do what I can on offense and defense and between the 30s. I just try and help out any way I can.”

“Playing in the midfield you’re going to have more of an opportunity for a ground ball, but her ability to actually come up with a ball, you have to be there to witness it,” Williams said. “It’s just like she has a vacuum cleaner on her stick. And you look at it and say it’s luck, but luck doesn’t put you in the right spot and she seems to find a way to be in the right spot at all times.”

Burnash, who also lined up in the draw circle, won 64 draw controls as well as having a strong presence defensively with 20 caused turnovers.

“I also like getting the ball in the draw circle.” Burnash said. “I try to contribute in as many ways possible.”

“She’s on the (draw) circle, Ireland Morgia is our draw specialist,” Williams said. “And she obviously does a great job there as well and I think it goes along with her ability to pick up the ball or snag the ball. Her hand and eye coordination is outstanding.”

Having been called up from the junior varsity to varsity for the Section 3 playoffs during her 2019 freshman season, Burnash has looked up to a pair of former South Jefferson players in particular — Megan Whitley and Mia Buckingham, who are now attending UConn and the University at Albany, respectively.

“After knowing that we lost two really important seniors last year, I knew that I would have a big role on this team,” she said. “They were both very skilled lacrosse players.”

Burnash is a natural runner as she competes on the school’s cross country team for whom she represented at the state level.

“It’s not my favorite, but it keeps me in shape,” Burnash said of competing on cross country. “And I have a lot of friends I can run with, I enjoy running.”

The Spartans only competed in a handful of cross country meets in an abbreviated season in April, after the fall season was postponed because of the pandemic.

“She’s very quiet and that might be the intrinsic person that she is,” Williams said. “Cross country runners aren’t very loud people and they don’t need a lot of motivation on the outside, either. Her individual skills are incredible.”

South Jefferson was able to have close to a full season in 2021.

“It was just really nice to be able to play,” Burnash said. “I think we all learned not to take anything for granted because we had our season taken away last year.”

South Jefferson (16-2) continued its dominance in the Frontier League, winning its fourth consecutive league title and extending its winning streak in the league to 39 games.

The Spartans were seeded second in the Section 3 Class D tournament and defeated Clinton, 20-4, in a home quarterfinal before losing to Westhill, 15-8, in a semifinal, also played in Adams.

“We do play in a tough section (in Class D),” Burnash said. “It didn’t end exactly how we wanted it to, but I think we did well and played well.”

Burnash is also one of 11 juniors on the roster, a group which includes Morgia and Macy Shultz, who also garnered first-team All-North honors, as did senior teammates Kia Berie, Julia Garvin and Taylor Scoville.

The contributions from the Spartans’ junior class bodes well for the 2022 season.

“I’m very excited about next year, I think we’re going to have a lot of talent,” Burnash said. “All the juniors who will be returning and we have a lot of skilled sophomores and freshmen coming up.”

“I’m sure she’s delighted,” Williams added about Burnash’s All-American honor. “But she’s not one that’s going to take it and stop working hard or not playing as much, she’s going to use that as a driving force.”