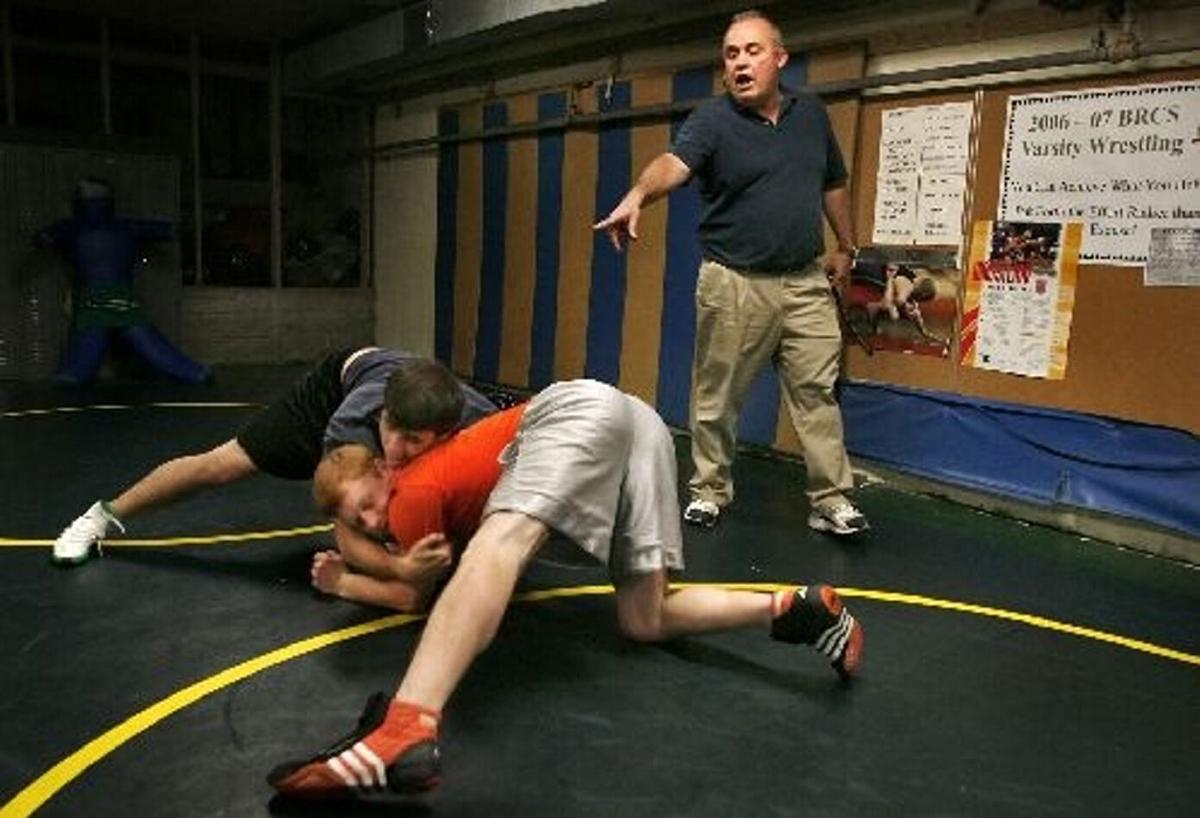 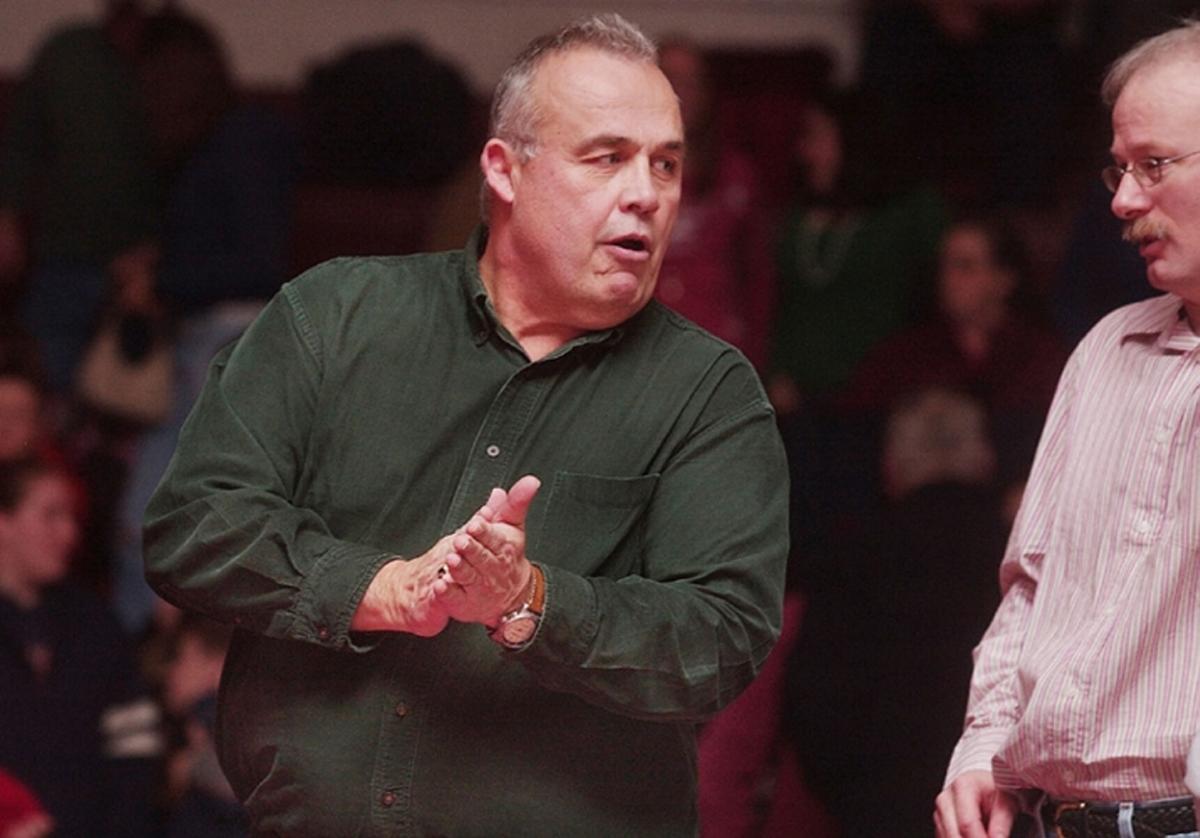 Wayne Ferguson, recently named to the North Country Hall of Fame, is still in the top five all-time in career coaching wins in the state. Watertown Daily Times 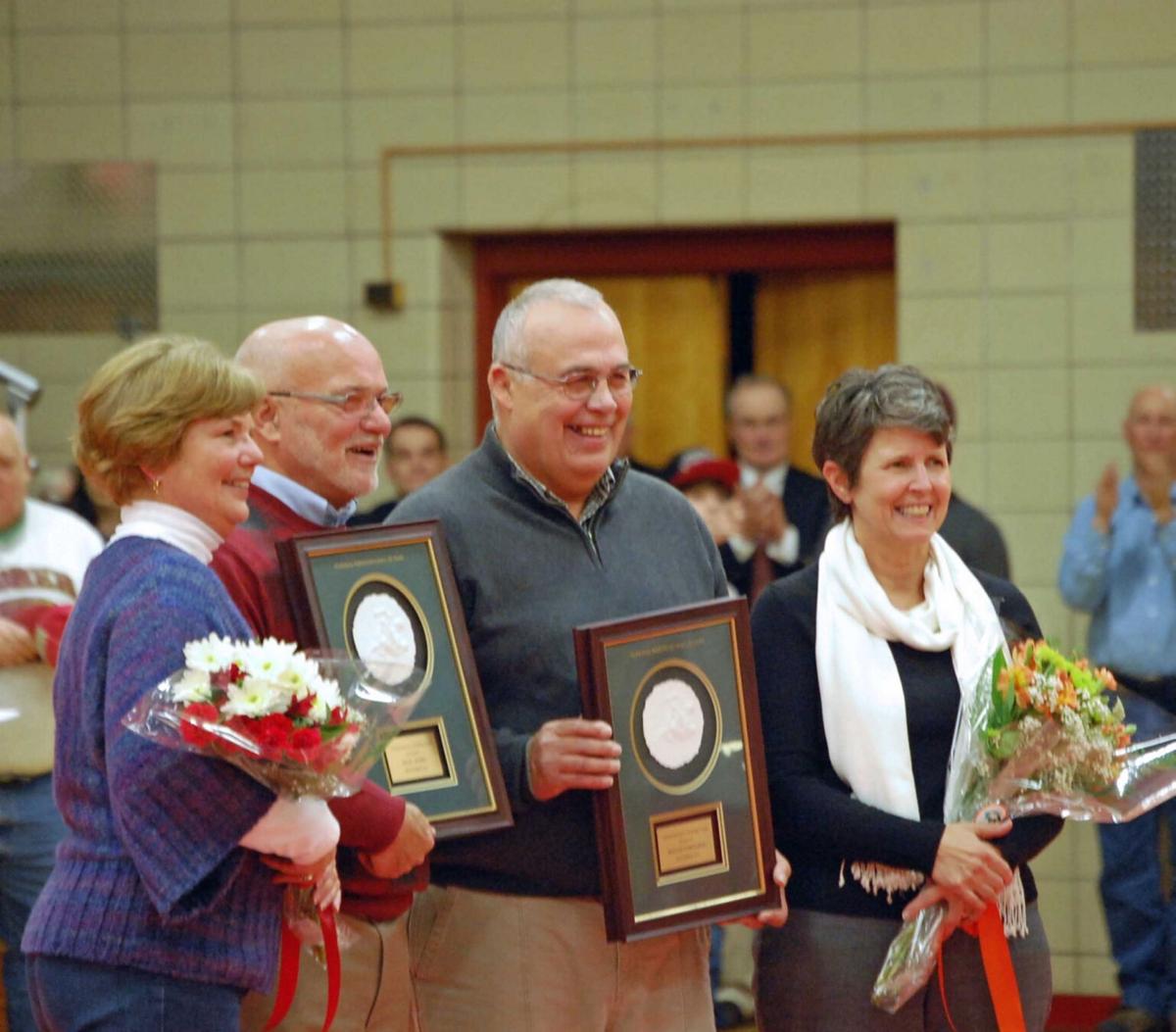 Former coaching rivals Neal Aubel, of Lowville, left and Wayne Ferguson, of Beaver River, are honored after being inducted into the New York State chapter of the National Wrestling Hall of Fame in 2012. Watertown Daily Times

Wayne Ferguson, recently named to the North Country Hall of Fame, is still in the top five all-time in career coaching wins in the state. Watertown Daily Times

Former coaching rivals Neal Aubel, of Lowville, left and Wayne Ferguson, of Beaver River, are honored after being inducted into the New York State chapter of the National Wrestling Hall of Fame in 2012. Watertown Daily Times

EDITOR’S NOTE: This is the sixth in a series on north country sports figures of the past.

Ferguson, last month announced as a member of the 2020 class of the North Country Sports Hall of Fame, worked as a physical education teacher in the Beaver River school district, interacting with youngsters from kindergarten through eighth grade and helped generate budding careers for some of the most formidable wrestling teams in section history along with one of the most storied north country rivalries.

The Beavers were one of the most successful programs in the state during the 1970s through early 2000s. Beaver River went on a 73-match winning streak from 1982-88 that saw it dominate the Frontier League and other schools, highlighting the team’s success over Ferguson’s 33-year coaching career that ended in 2007.

“I was most proud of that winning streak,” said Ferguson, who also made the New York State and Section 3 Wrestling Halls of Fame. “We beat Adirondack who had a 50-match winning streak of their own and then we beat two-time state champion Long Beach, 34-18.”

That topped the Beavers’ 39-match unbeaten run from 1976-79, also led by Ferguson. Those unbeaten runs stand out as that era featured fewer dual meet tournaments and more individual events than today.

Ferguson, a 1969 graduate of Carthage High School and a 1973 graduate of Ithaca College where he was captain of the wrestling team for two years, credited Beaver River’s youth programs with helping create wrestling athletes. He said his job as an elementary physical education teacher allowed him to build relationships with students who later would become integral parts of his teams.

“We were always around him and he’d let me help out in gym class,” said current Beaver River head coach Shane Roggie, who won the state title in 2006 at 135 pounds wrestling for Ferguson. “He was my PE teacher in kindergarten.”

Beaver River reached many milestones under Ferguson, including 26 Frontier League divisional titles, 13 league tournament victories, 22 Section 3 team titles — including 10 straight — and 500 duel meet victories from 1984-2007. He said the Beavers would face off in matches in the practice room that would rival the actual competitions between other schools.

“They were just good kids and there was that internal competition from within that made us better,” said Ferguson, who coached two state champions in Roggie and Mike Ramos at 145 pounds in 1980. “They’d always try to outdo each other.”

Joe Widrick was a three-time state third-place finisher and wrestled in college at SUNY Cortland before settling into coaching first with South Lewis and now with Lowville. He said that Ferguson helped provide a good foundation for him as both a wrestler and coach.

“I’ve 100-percent taken a lot of the same tactics,” said Widrick, who’s coached Lowville since the 2017-18 season. “There was nothing flashy about his practices, but we drilled the fundamentals into us.”

The rivalry between Beaver River and Lowville was one of the most anticipated matches of the season. Fans packed gyms to beyond capacity with many pressed against the walls. Sometimes the dual meet was broadcast via closed-circuit television when no more spectators could squeeze into the gym.

“We had to hook up a video camera and run the feed through the cafeteria for those who couldn’t make it in,” Ferguson said.

Fans would come from Utica and Syracuse to see the match that normally would be the last before the Frontier League tournament. Widrick recalled going to those matches with family and searching for a place to sit.

“I remember going with my dad and having to sit on the floor or if I was lucky enough to get a seat, we’d be shoulder-to-shoulder,” Widrick said.

Both schools were led by Hall of Fame coaches with Ferguson matching up against Lowville’s Neal Aubel, who was inducted as part of the first North Country Sports Hall of Fame class in 2017. The rivalry between the two schools took on a life of its own for Lewis County residents.

“It was our version of Auburn vs. Alabama in college football,” Murphy said. “Wrestlers would wear T-shirts with the score from last year’s duel meet on it and the other team would have to wait 365 days for the next match.”

Both Aubel and Ferguson held the state duel meet wins record at one point in their respective careers. Ferguson finished with 510 coaching wins, which is still fourth all-time according to the NYSPHSAA record book, while Aubel won 465, good for ninth. The two have been linked together through their coaching accomplishments, but Ferguson joked about how former teammates Widrick and Roggie now lead the two rival programs.

“I know those guys are friends, but Neal and I waited until we were done before we were buddies,” joked Ferguson, who still resides in Lewis County.

The current pair is hoping to bring back some of the rivalry despite being close friends and former teammates. Roggie is doing his best to try to make the Beavers a small-school power like they were when he was there.

“I want to get Beaver River back to where it was under Coach Ferg,” Roggie said. “I want to bring the intangibles like a good attitude, leadership and being a good role model.”

Another coach from the Ferguson tree is former Beavers wrestler Bob Bush, who has helmed the successful Ilion and then Central Valley Academy programs after merging with Mohawk in 2013. The Thunder have won five individual state titles since 2016, including two in 2017 in Hunter Shaut (138) and Tanner Cook (145).