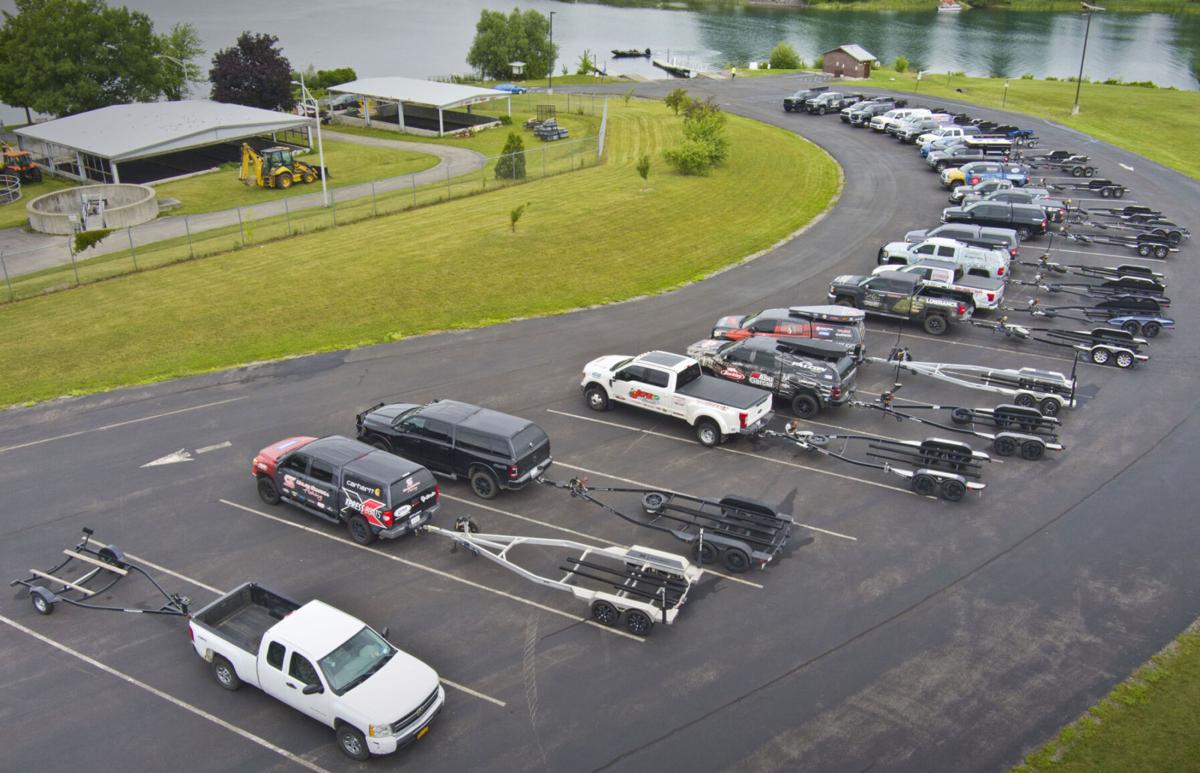 Trucks with bass boat trailers fill the parking lot at the Whittaker Park Boat Launch in Waddington on Tuesday, as competitors in this weekend’s Bassmaster Elite Series tournament test the waters of the St. Lawrence River. Christopher Lenney/Watertown Daily Times 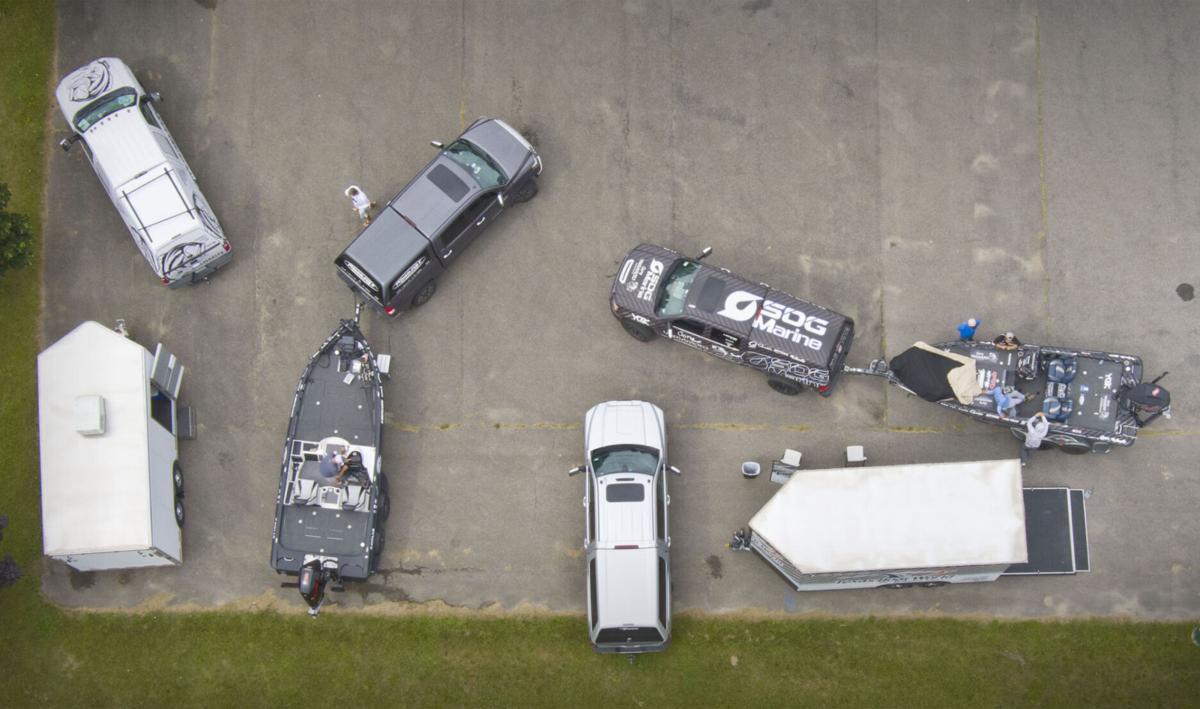 The parking lot at the Donald M. Martin Civic Center in Waddington is a staging area Tuesday, as competitors in this weekend’s Bassmaster Elite Series tournament prepare their boats. Christopher Lenney/Watertown Daily Times

Trucks with bass boat trailers fill the parking lot at the Whittaker Park Boat Launch in Waddington on Tuesday, as competitors in this weekend’s Bassmaster Elite Series tournament test the waters of the St. Lawrence River. Christopher Lenney/Watertown Daily Times

The parking lot at the Donald M. Martin Civic Center in Waddington is a staging area Tuesday, as competitors in this weekend’s Bassmaster Elite Series tournament prepare their boats. Christopher Lenney/Watertown Daily Times

WADDINGTON — After a pandemic-year adoption of the Bassmaster Elite Series in Jefferson County last summer, anglers are returning to St. Lawrence County for the 2021 event.

Daily 7 a.m. launches from Whittaker Park will end with 3 p.m. weigh-ins Thursday through Sunday. Unlike previous tournaments, vendors and activities will not be centered in the park Thursday and Friday. Spectators are instead encouraged to walk Main Street for live music, food trucks and restaurants.

“The event was planned this year to help minimize crowds before things opened up, and we really wanted to be sure to give as much attention to the local businesses in the area, versus isolating activities to the park,” Mrs. Rouse said.

The Chamber of Commerce, with local and Bassmaster organizers, developed a preliminary safety plan this spring reflective of COVID-19 public health directives in place at the time. With state emergency orders lifted and summer events resuming, the Waddington tournament is open to spectators with no COVID-19 vaccine or testing requirements upon entry.

The Bassmaster Expo will be open from 11 a.m. to 5 p.m. Saturday and Sunday at Whittaker Park, with boat demonstration rides and sponsor activities. Festival vendors and food trucks will be on Main Street Saturday. A free shuttle will loop between the park and Main Street all day until 5:30 p.m. Masks are required for shuttle riders.

The tournament top 10 will be announced Sunday in the park, and Bassmaster Angler of the Year and Rookie of the Year will be crowned during the 3 p.m. weigh-in. A limited number of vendors and food options will be on site at the park Sunday, in addition to the Bassmaster Expo sponsor and demonstration groups. No Main Street festivities are planned for Sunday.

Alcohol is not permitted at Whittaker Park for the weekend.

Mrs. Rouse said 100 anglers and roughly 140 Bassmaster production and support staff will be in Waddington this weekend. Anglers and crew are typically in the area for about a week for the event and throughout the year for training. She estimated — conservatively — the event will generate about $500,000 in direct tourism spending.

Launched in 2006 by the Bass Anglers Sportsman Society, or BASS, the Elite Series was born out of previous iterations of professional bass fishing tournaments.

The series tournament was first held in Waddington in 2013, again in 2015, and every year since 2017 — though last year’s St. Lawrence River tournament was taken up by Jefferson County in Clayton, without spectators, a few days before its July 23 start.

The prior weekend’s Bassmaster Elite tournament on Cayuga Lake was canceled, complicating St. Lawrence County’s COVID-19 testing expectations for 2020 anglers arriving in New York without having the testing buffer of the preceding tournament.

This weekend concludes the 2021 Bassmaster Elite Series that began on St. Johns River in Florida in February, Qualifying anglers have since fished rivers and lakes in Tennessee, Alabama and Texas. The Elite Series tournament on Lake Champlain was hosted in Plattsburgh last week.

Hosting fees and local sponsorships have been covered by contributions from St. Lawrence County, the village of Waddington, state grant funding from the Regional Economic Development Council and other donors.

Live coverage for all four days of the event will be streamed on Bassmaster.com and the FOX Sports digital platforms.