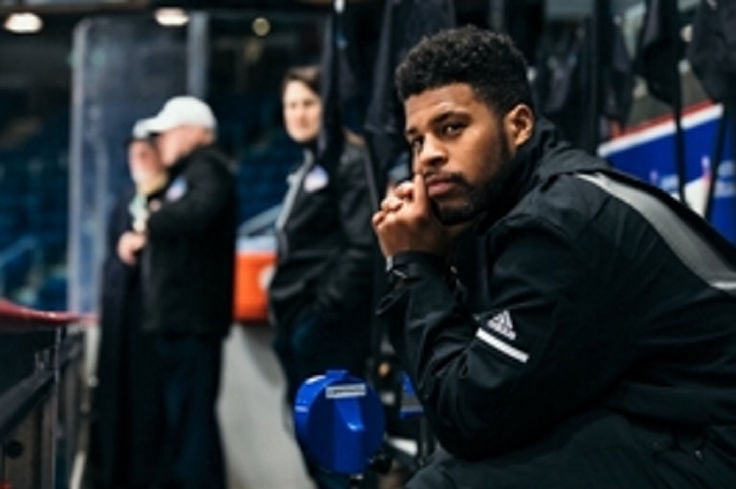 Oswego State University alum Derrell Levy (right), a member of the 2007 men’s ice hockey national championship team, watches on from the bench as a strength coach who works with prominent hockey players, among other athletes. Jessica Silveira Photography provided photo. 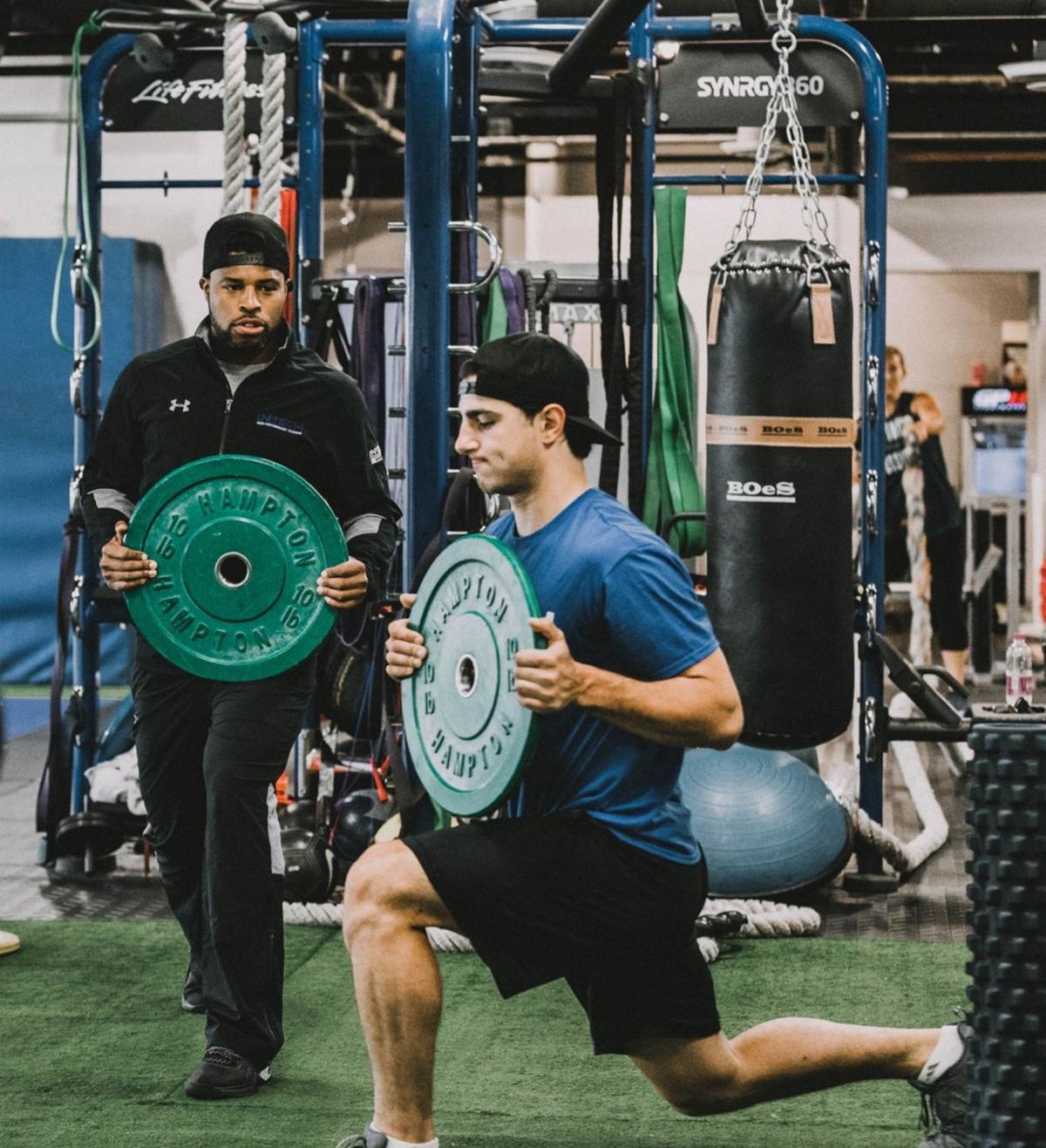 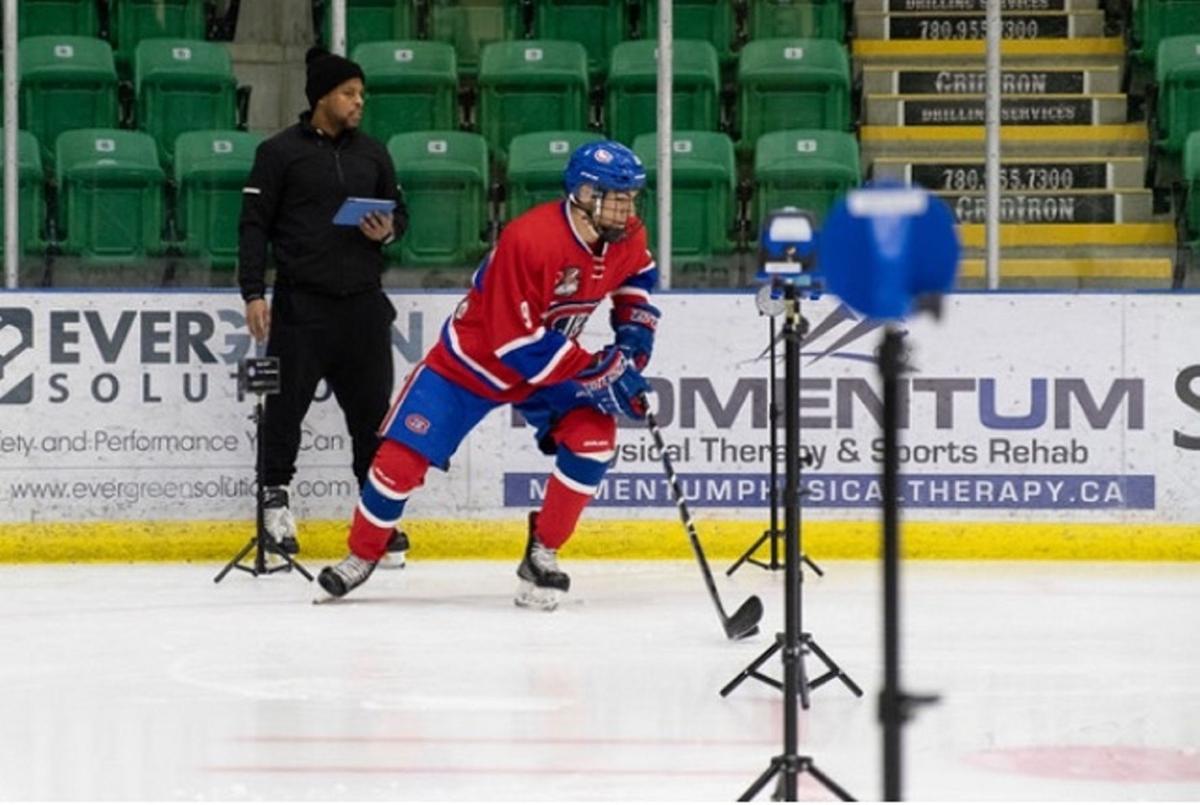 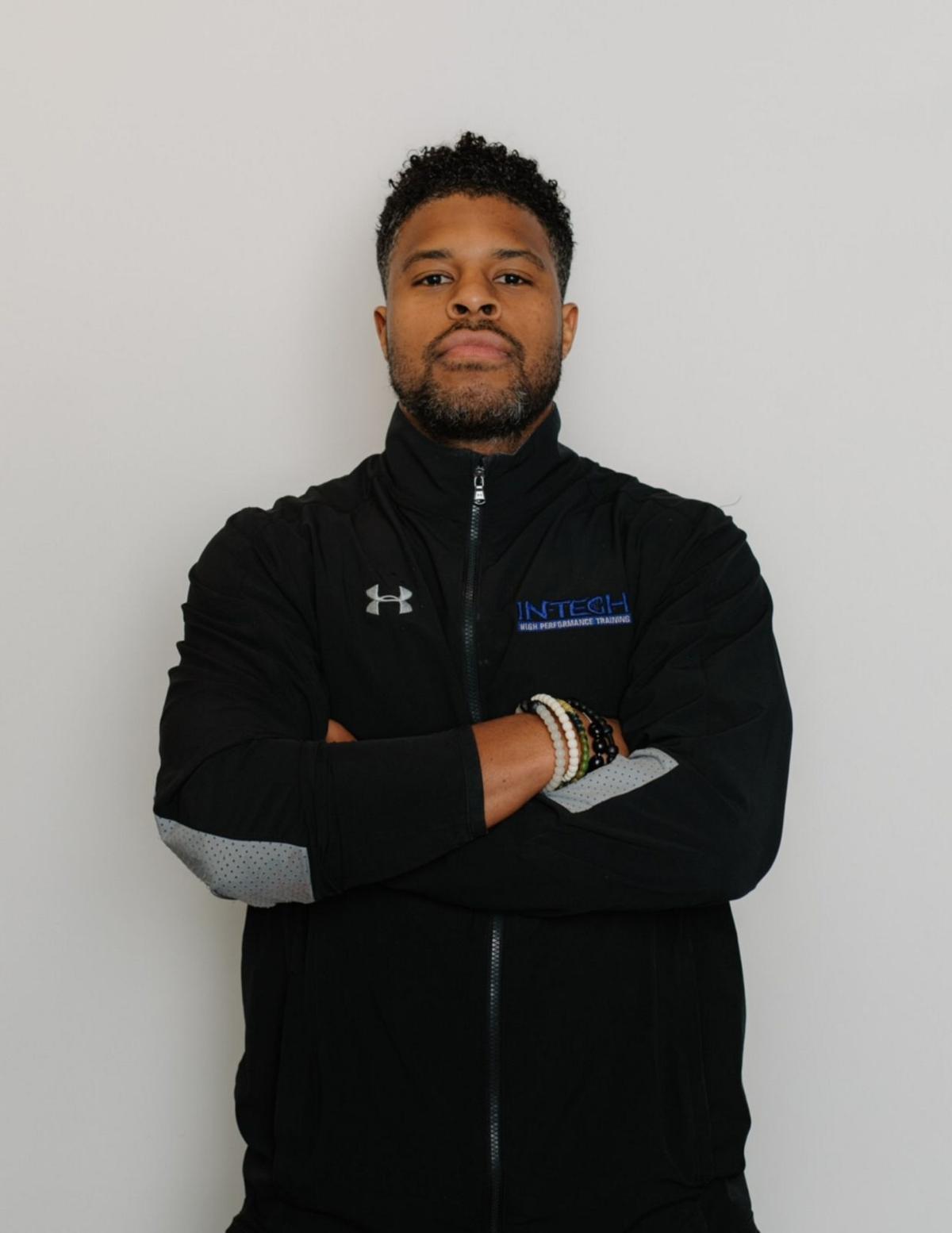 Oswego State University alum Derrell Levy (right), a member of the 2007 men’s ice hockey national championship team, watches on from the bench as a strength coach who works with prominent hockey players, among other athletes. Jessica Silveira Photography provided photo.

TORONTO, Ont. — Derrell Levy’s tenure as a pro hockey player came to a premature end, so the former Oswego State national champion turned to the work he produced during an internship at the Oswego Health Institute to launch the next phase of his career on the ice.

Levy is the founder, mentor, certified strength and conditioning specialist, and hockey coach for In-Tech High Performance Training — a gym based in Toronto, Ontario, Canada, that he officially opened in 2011 after living in his car for six months to get the business started.

Levy owns and operates the state-of-the-art Inside Paramount Ice Complex full training gym and ice rink, and his organization’s mission is based on three pillars: Strength training, on-ice development, and on-ice testing for scouting departments in the NHL, USHL, and other elite prospect services. Levy also offers similar combine assessment programs and training regimens for a variety of athletes and teams across all sports.

The In-Tech premises have been shut down since mid-March due to COVID-19 mandates in the province of Ontario, per orders of Premier Doug Ford, but Levy’s company has endured as athletes aim to maintain their edge while their seasons are stalled around the globe.

Levy has remained in daily contact with his clients and recently added a fourth area of concentration to the business amid the pandemic — online development — providing virtual workout aids, training kits, and the creation a mobile app for the athletes that he is hired to train.

“I love sharing everything and really help the next generation get to that next level,” Levy said. “There’s no better feeling than helping someone that had a career-altering injury, or some player that people have never heard of before, to help them get to a place where inside his heart and mind, it’s always there and maybe just needs a little guidance and direction, and we’re able to give that platform.”

Levy — a 36-year-old native of Markham, Ontario, Canada — played for the Lakers from 2005-09 while obtaining his wellness management degree with minors in health science and coaching. He was introduced to athletic training at an early age by his father and said that he used that edge to make up for his late start in the sport, age 11, compared to the other top juniors with which he competed.

In the later stages of his time at Oswego State, Levy studied through an internship at Oswego Health Institute and credited his work with rehab services director Jason Pratt for inspiring his eventual business model.

Pratt asked his likeable pupil about post-hockey career plans during a frank discussion, and the Lakers star shared some early ideas that led to his eventual firm. Levy said that Pratt then encouraged him to start fine-tuning the concept at that time and shared a personal story to help him recognize the value of getting ahead and utilizing available resources while he was still in school.

“From that day forward it wasn’t just about me sitting in and working with patients, it was about me putting together a business plan and a philosophy for training, so every day I would go in for that internship and that’s what we would work on and discuss,” Levy said. “We have kept in touch and he helped me quite a few times through the years to get a goal for when I stopped playing, and when I did finally stop playing, I dusted off those same books and really got to it.”

Pratt said that he was instantly struck by Levy’s knowledge of muscle interactions when they first met, and the two spent countless hours developing a training program and formalizing a business model, sometimes working until 2 a.m. at Laker Hall. Pratt frequently stayed in Toronto to assist Levy periodically throughout the first six years of the business.

“He impressed me with his biomechanical knowledge of the body,” Pratt said. “The more we got talking, we realized that we had similar ideas about what kind of business would work well for him, and it kind of led toward In-Tech.”

Pratt added: “It doesn’t surprise me one bit that Derrell and In-Tech have been so successful and it goes back to his work ethic and his drive. I still have this vision in my head of Derrell on the ice at Oswego, killing penalties all by himself, literally single-handedly, in a way that I have never seen. He has the gut in him that will always serve him well.”

Levy played minor pro hockey for two years after graduating from Oswego. He started with the now defunct Elmira Jackals of the East Coast Hockey League, and finished his rookie season with the West Michigan Blizzard of the All American Hockey League.

Levy opened the 2010-11 campaign as a member of the Syracuse Crunch in the American Hockey League — part of the Anaheim Ducks system at the time — and his eventual potential breakthrough came at the least opportune time.

Levy had been playing his entire post-Lakers career through a triangular fibrocartilage complex tear in his hand that eventually needed surgery, which was conducted soon before he received an invite to Anaheim training camp. Levy said that the recovery called for an additional four months in a cast to heal but he cut off the bracing in order to attend the tryout.

“It was pretty painful, and it was foolish probably, but if you asked me if I would do it again, 100 percent I would,” Levy said.

Levy hung up his skates as the injury worsened and family situations took priority. He worked for three days as an area business account manager before quitting his job and refocusing on carrying through with the college work he had produced at Pratt’s urging.

As Levy worked to develop plans for what became In-Tech, he spent the money he had saved on an apartment for his mom and his brother, Cayle, who was 12 years younger than Derrell and suffered from a rare blood disorder since birth that weakens the immune system called HLH — Hemophagocytic lymphohistiocytosis. Cayle died from the disease in January 2014, far exceeding his expected lifespan.

Levy said that he slept in his car while helping care for his brother and formulate company plans, and about six months later, rented an apartment with a roommate and a gym space to train his initial small handful of clients. He took full ownership of that building three years into the launch of In-Tech and opened his current facility in 2015.

“He’s an awesome guy from the standpoint of, he has a strong faith, he takes very good care of his family,” said Ed Gosek, the Oswego State men’s hockey coach since 2003. “He has been through a lot of ups and downs as everyone has, but it never affects him. He keeps pushing and helping people.”

Levy started his company by training hockey players, and they have since represented his largest clientele base. He has helped develop several prominent names at varying levels of the sport.

His favorite success story to date is Joseph Blandisi, who Levy trained during his recovery from a mysterious virus five years ago that left him bed-ridden and with limited use of his motor skills. Blandisi has since played parts of the last five NHL seasons with the New Jersey Devils, Anaheim Ducks, and the Pittsburgh Penguins.

Levy has also trained NHL veteran and recent Stanley Cup champions Trevor Daley and Ryan O’Reilly, along with Andrew Mangiapane of the Calgary Flames, among other pros and a host of top players on the world juniors circuit. Levy’s work with rising 2020 NHL Draft prospect Zade Wisdom was recently profiled by The Athletic.

“My life has been hockey,” Levy said. “I’m a late bloomer, I started hockey when I was 11-years-old, and I had a work ethic that pushed me a long way. I learned a lot being at Oswego about character and mindset, and working in unity to be a team, and I love that about the game. I love the passion. Growing up it was tough because there wasn’t one place where I could go and do all this stuff, so after the game ended the way it did for me, I felt there was no better way to give back to the game that I love.”

Levy played in 97 games during his four-year career for Oswego State, contributing nine career goals and 34 career assists. The Lakers finished a combined 77-24-8 overall during that span and went 45-10-5 in the SUNYAC conference. He was a key cog in helping secure the program’s crowning achievement by winning the 2007 NCAA Division III national championship.

Levy grew favor by dominating faceoffs and successfully contributing to penalty kills, providing hard-nosed play on the boards to discover his niche for the Lakers as he urges his clients to find in their respective careers. Levy spoke fondly of his experiences at Oswego and credits his time at the college for helping him further develop his hockey passion and sports science acumen, and said the area holds a special place in his heart.

“I enjoyed my time at Oswego, it’s a small community that has a lot of love for hockey, a lot of love for the game,” Levy said. “It allowed me to grow as a person and it allowed me to grow and understand what it takes to win, and in understanding that I also understood how to stay competitive but also team-oriented, and that has really helped me in my growth as a coach and as a mentor to athletes today.”

Levy and Gosek have talked frequently throughout the past decade and the former standout often gives advice for team workout activities and recommends potential recruits.

Gosek said that Levy was on the cutting edge of training techniques when he first arrived on campus, utilizing resistance bands, cross-training, and other whole-body training methods long before they became widespread practices.

By Levy’s sophomore year, he was consulting Gosek on the offseason training program while setting the tone for the Lakers work ethic.

“He was a fun-loving person, but he competed hard every day,” Gosek said. “He raised the level at practice every day because if you didn’t, you were going to be embarrassed by him. You were never going to outwork him. … He never took a day off as far as his compete level, and it made our team better and made our program better.”