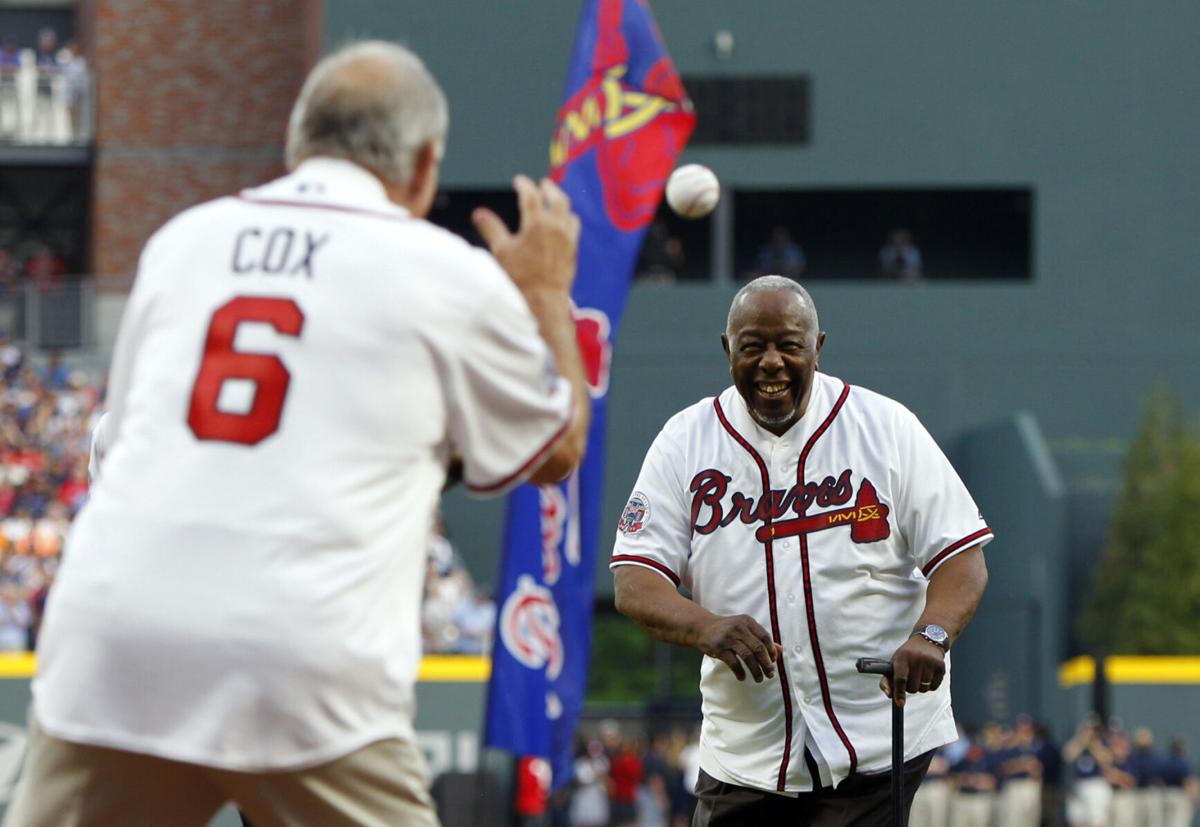 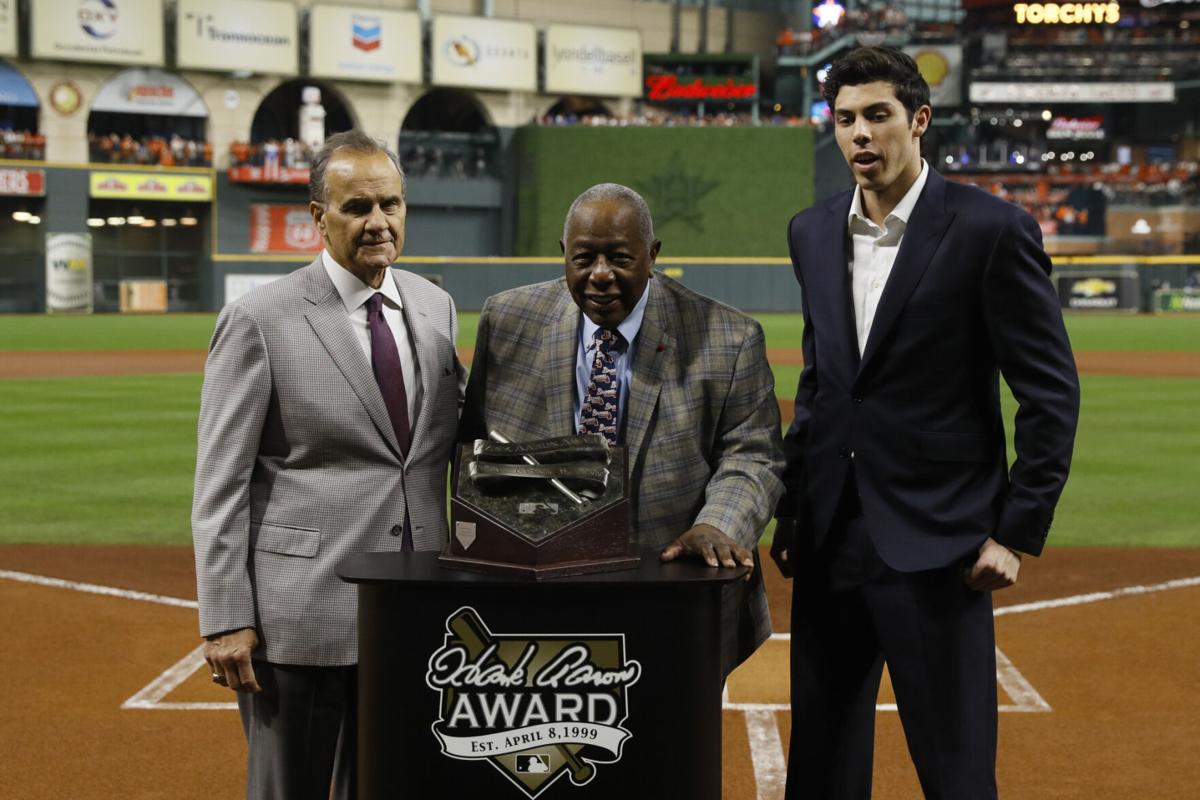 Hall of Famer Hank Aaron is joined by MLB chief baseball officer Joe Torre, left, and Brewers outfielder Christian Yelich, right, for a presentation of the 2019 Hank Aaron Awards before the Game 2 of the 2019 World Series at Minute Maid Park in Houston. Matt Slocum/Pool Photo via USA TODAY Sports 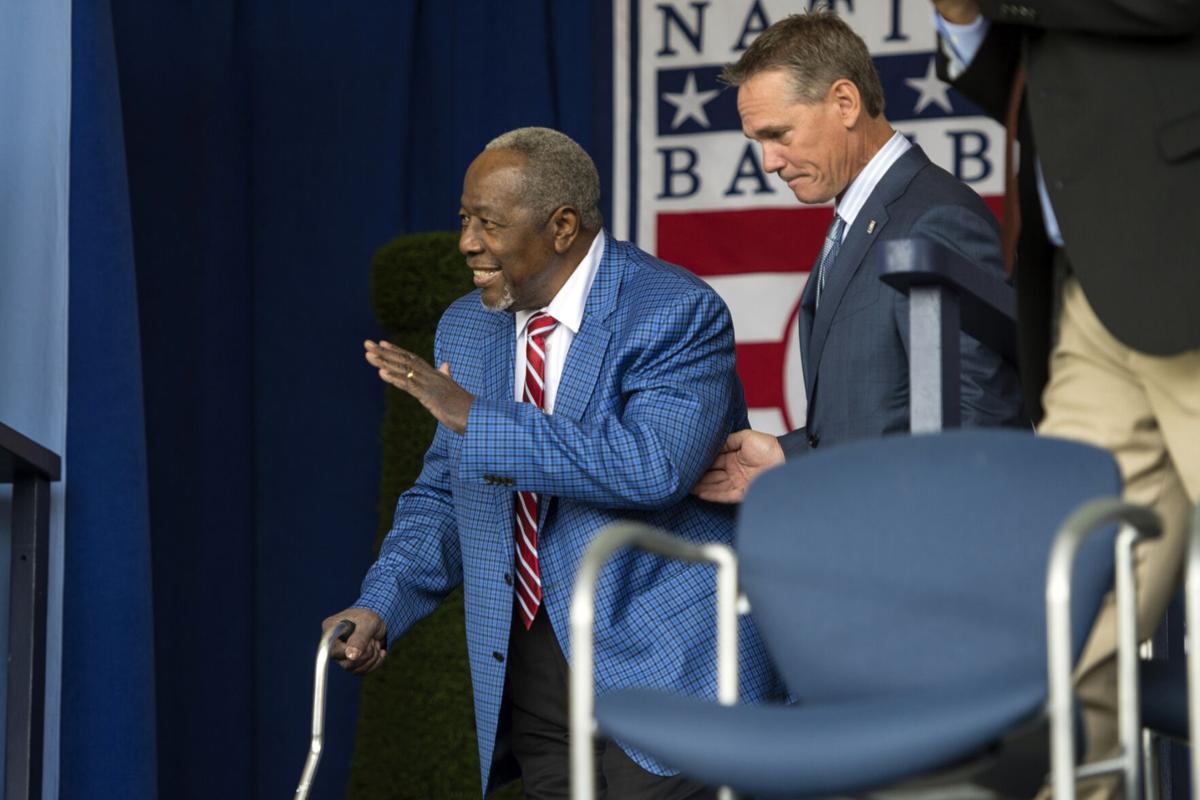 Hall of Famer Hank Aaron is joined by MLB chief baseball officer Joe Torre, left, and Brewers outfielder Christian Yelich, right, for a presentation of the 2019 Hank Aaron Awards before the Game 2 of the 2019 World Series at Minute Maid Park in Houston. Matt Slocum/Pool Photo via USA TODAY Sports

Aaron, who was a senior vice president for the Atlanta Braves, was 86.

“We are absolutely devastated by the passing of our beloved Hank,” a statement from Braves chairman Terry McGuirk began. “He was a beacon for our organization first as a player, then with player development, and always with our community efforts. His incredible talent and resolve helped him achieve the highest accomplishments, yet he never lost his humble nature. Henry Louis Aaron wasn’t just our icon, but one across Major League Baseball and around the world. His success on the diamond was matched only by his business accomplishments off the field and capped by his extraordinary philanthropic efforts.

“We are heartbroken and thinking of his wife Billye and their children Gaile, Hank, Jr., Lary, Dorinda and Ceci and his grandchildren.”

The longtime Milwaukee/Atlanta Braves slugger held the record for most career home runs for more than three decades before Barry Bonds broke it in 2007. Aaron finished his 23-year career with 755 home runs, including an 18-year stretch where he hit at least 24 every season.

Aaron began his career in the Negro Leagues in 1951 with the Indianapolis Clowns, before the Braves picked up his contract. He made his MLB debut in 1954 and spent the next 21 seasons with the Braves before ending his career with the Milwaukee Brewers (1975-76).

Aaron was in the news two weeks ago when he publicly received the first dose of Moderna’s COVID-19 vaccine with his wife Billye, with the aim of easing doubts about the vaccine.

“I feel quite proud of myself for doing something like this,” said Aaron at the time. “It’s just a small thing that can help zillions of people in this country.”

Aaron was elected to the Hall of Fame on his first ballot in 1982. Both the Braves and Brewers retired his No. 44.