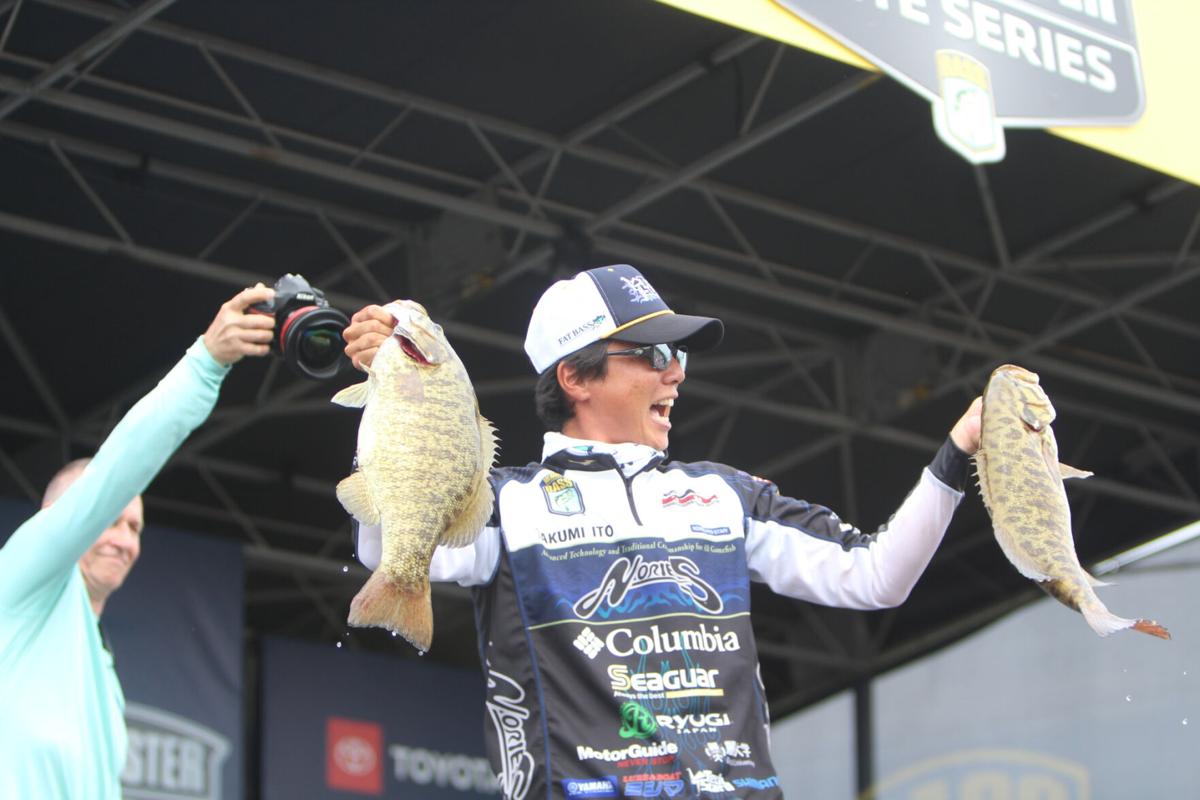 Taku Ito of Japan displays two smallmouth bass from the 26-pound bag, which vaulted him to the championship of the Bassmaster Elite on the St. Lawrence on Sunday in Waddington. Dave Shea/The Journal 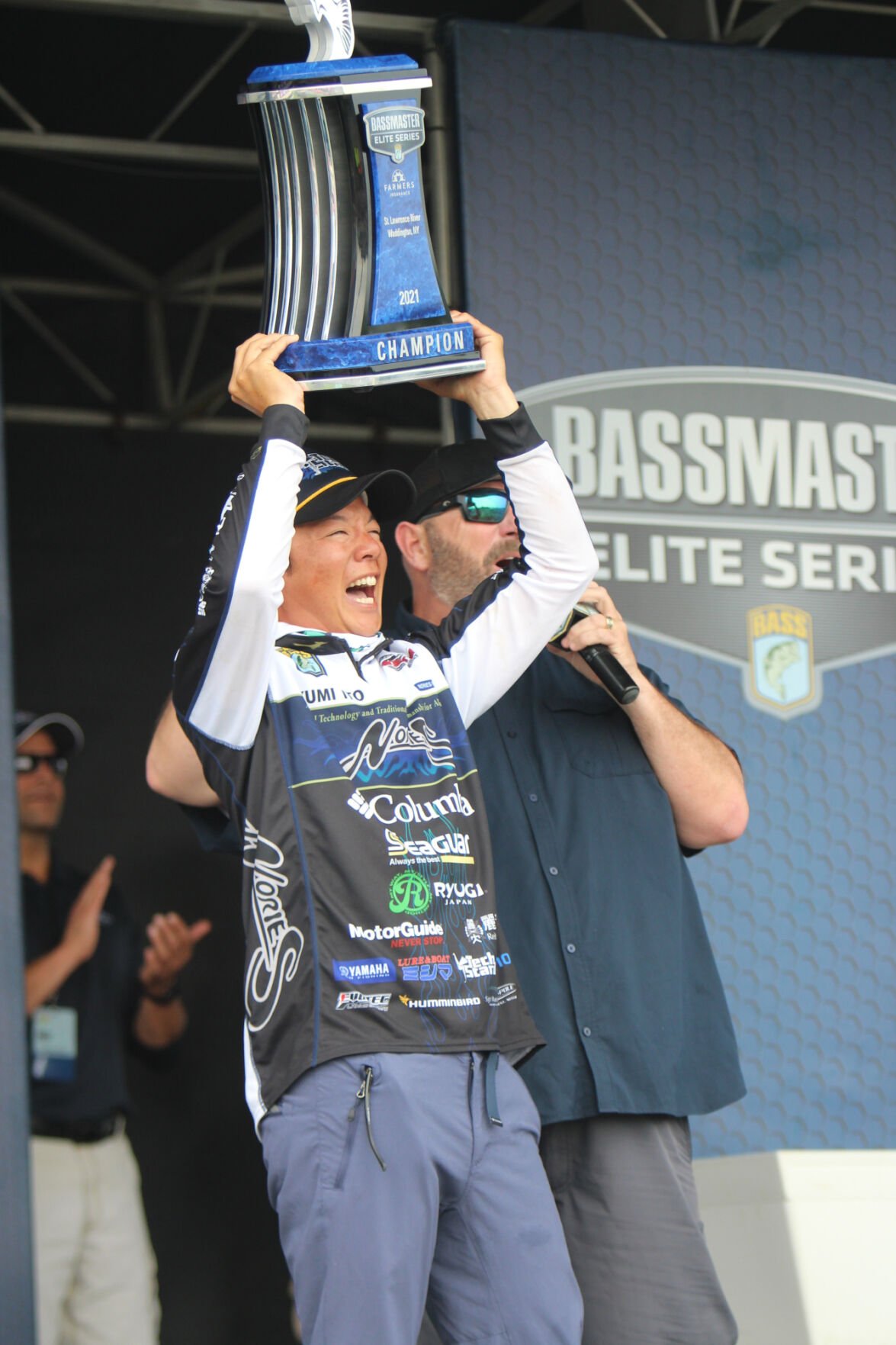 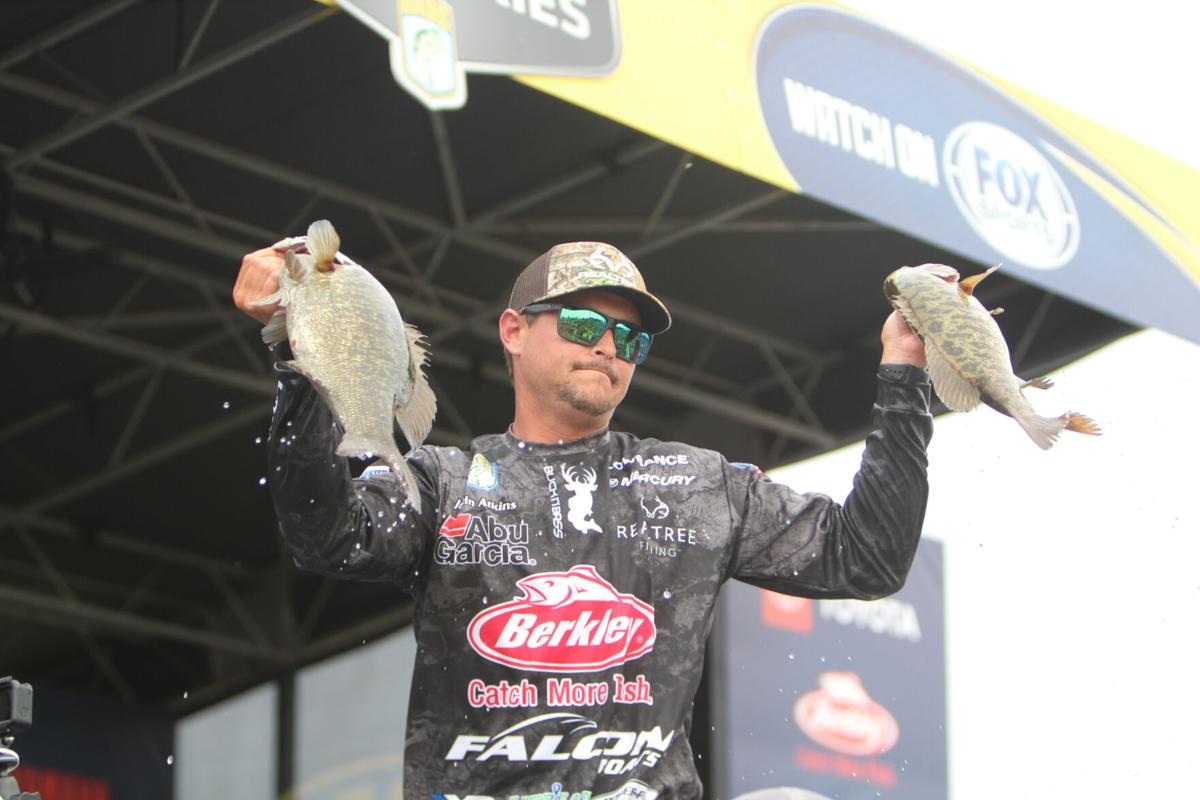 Josh Akins holds up two bass from his bag in Sunday’s finale of the Bassmaster Elite Tournament on the St. Lawrence on Sunday. Dave Shea/The Journal 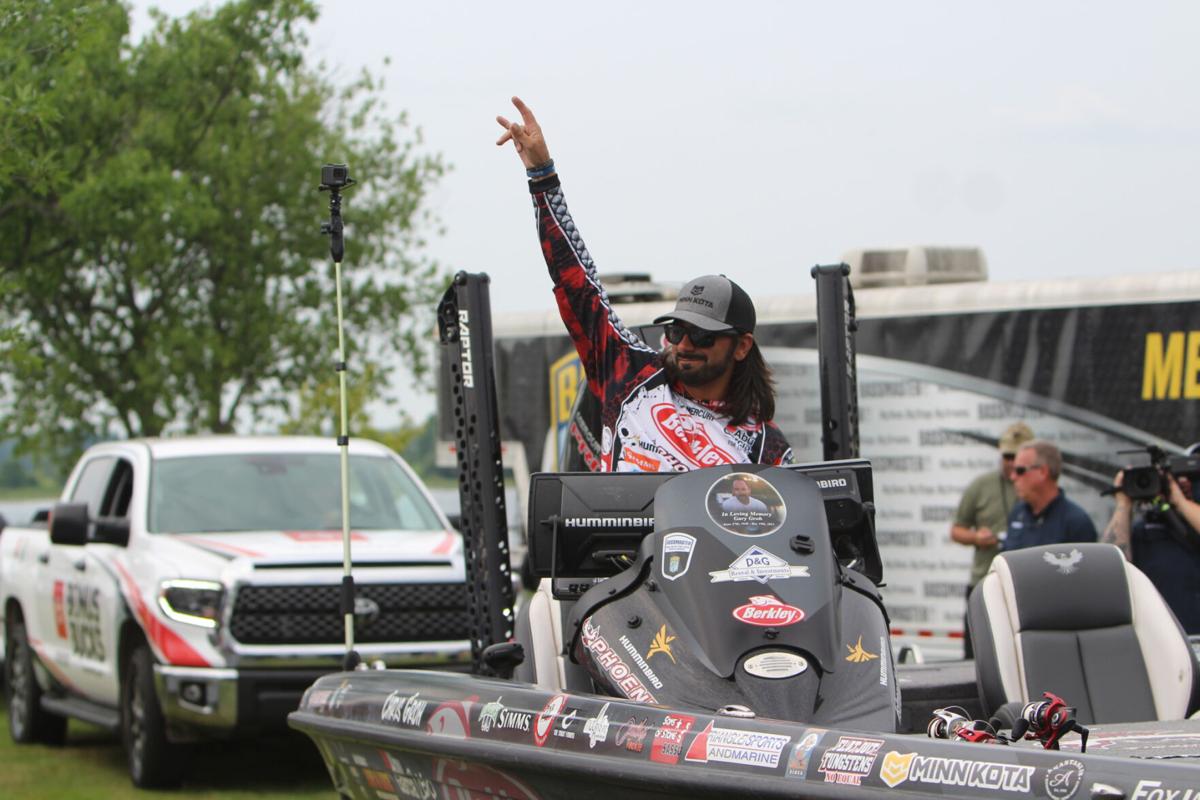 Chris Groh salutes the crowd at Waddington on Sunday in the championship weigh-in for the Bassmaster Elite Tournament on the St. Lawrence River. Dave Shea/The Journal 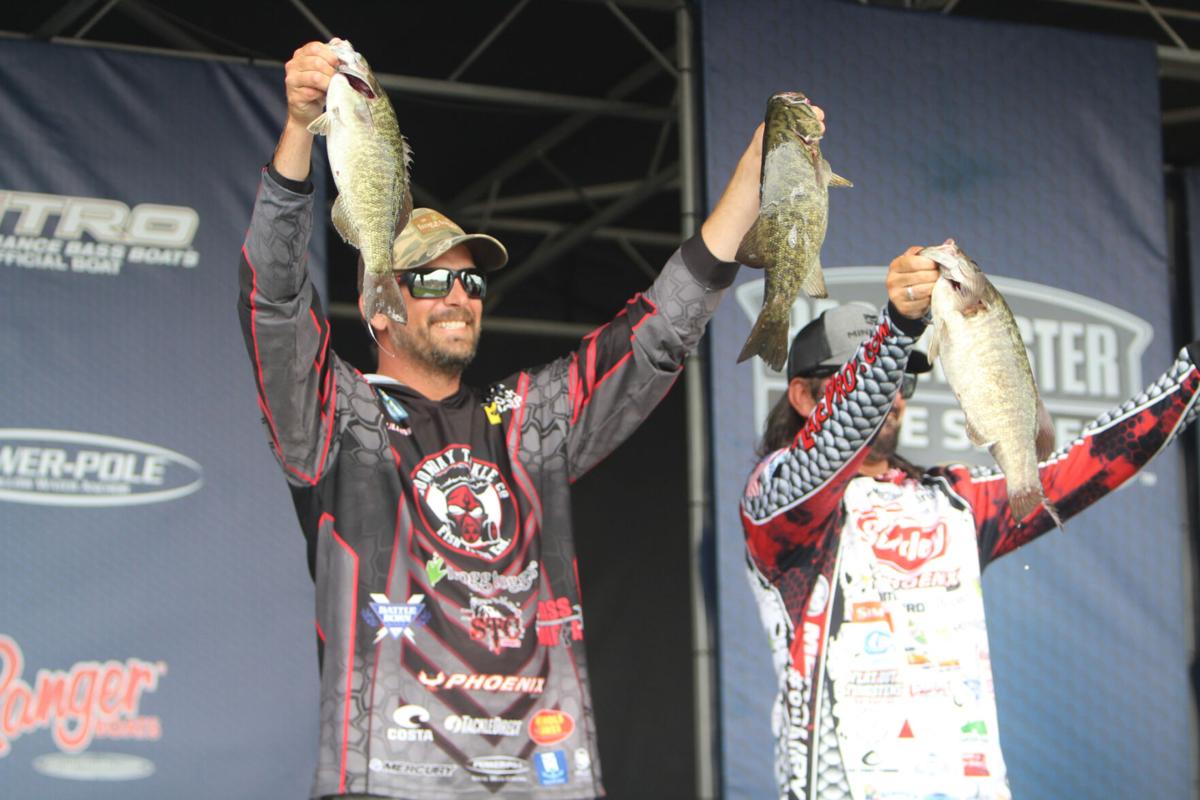 Taku Ito of Japan displays two smallmouth bass from the 26-pound bag, which vaulted him to the championship of the Bassmaster Elite on the St. Lawrence on Sunday in Waddington. Dave Shea/The Journal

Josh Akins holds up two bass from his bag in Sunday’s finale of the Bassmaster Elite Tournament on the St. Lawrence on Sunday. Dave Shea/The Journal

Chris Groh salutes the crowd at Waddington on Sunday in the championship weigh-in for the Bassmaster Elite Tournament on the St. Lawrence River. Dave Shea/The Journal

But the self-proclaimed smallmouth bass whisperer says he has no trouble communicating with the small bass as compete on the Bassmaster Elite Series tour.

“I speak smallmouth very well and smallmouth bass like Taku,” he said.

On Sunday, the big bass were listening.

Ito related that he caught his bag in just 2 1/2 hours after a long run to rough seas on Lake Ontario to a spot that he shared with Idaho native Brandon Palaniuk.

The bag, which produced the first Bassmaster Elite title for a Japanese angler, was anchored by a 6-0 smallie that gave Ito lunker honors for the second straight day.

“I went straight out from Chaumont Bay and fished on a point with a bay on either side. I fished the same spot for all four days, and I also fished it the last tournament at Waddington. The first three days I fished shallow, but today was so rough I went mostly deep fishing in 27 feet of water off a shelf,” Ito said.

“I caught some of the fish in suspension and some on the bottom. Big bass like big gobies so I used a large lure on my drop shot, which looked like a goby. I would cast my drop shot and leave the spool open so the line would go out and float down. I think that sometimes if you drop your drop shot straight down, the line scares the fish.”

The 35-year-old, eighth- year pro angler also struggled to lift the championship trophy after sitting on the hot seat while six of the top stars of the Bassmaster Elite Tour brought big bags to the stage. But they failed to match Ito’s 90-pound total for the tournament’s four days.

His fellow finalists shared Ito’s unbridled joy and the admiration of the fans.

“I didn’t lose this tournament today,” Wendlandt said. “Ito just went out and took it. What he did in rough water in just over two hours is amazing. And he gave up everything in Japan to come over here, and in three years, he is a winner at the top level.”

“I was fishing and I looked down to see a huge school of big fish. It looked like 100 five-pounders. I said to myself, ‘Taku you are in Disneyland,’” Ito said. “It was amazing.”

Placing fourth and fifth respectively was the dynamic Canadian brother combination of third-day leader Cory Johnson (88-0 with a 23-1 Sunday bag) and defending tournament champion Chris Johnston (85-0 with a 19-5 Sunday bag).

Palaniuk, who won the first Bassmaster Elite Tournament in Waddington six years ago, took sixth at 82-7 with an 18-0 Sunday bag. His win at Waddington jump-started his rise to become one of the true elites of the Elite Tour.

“Waddington is like a second home to me even though it is 55 hours away from the front door of my home in Idaho. The fans always turn out here and I love it here,” Palaniuk said.

I guess they took my advice. Bassmaster is moving to Clayton 2022. Smart move…

Too bad he had to go 100 miles into Lake Ontario to catch his fish. Should move the tournament upriver closer to the lake. Clayton or the Cape…