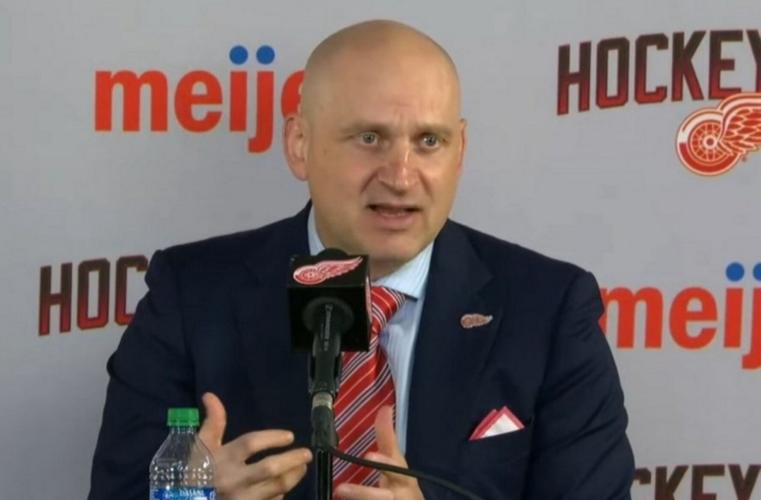 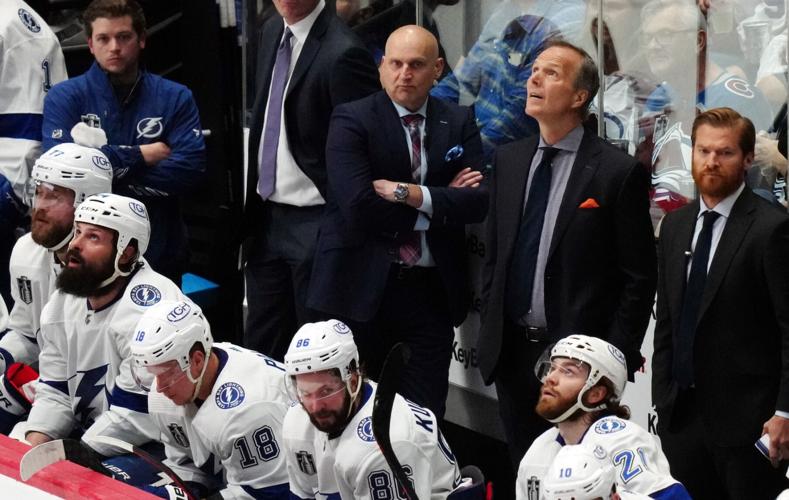 Brasher Falls native Derek Lalonde said he has not had much sleep since the Stanley Cup playoffs began and his sleepless nights continued this week leading up to becoming the new head coach of the National Hockey League’s Detroit Red Wings.

Lalonde, who was an assistant with the Tampa Bay Lightning the last four years, saw his time there end on Sunday night when the Colorado Avalanche won the series in six games.

He was in Detroit on Wednesday for a final job interview with the Red Wings. His hiring was announced late Thursday afternoon and on Friday he was introduced by the team at a press conference.

“That one stung a lot,” Lalonde said of the loss Sunday. “The better team won the Stanley Cup, but as a coach it stings because it was a winnable series in some ways. Then how quickly this turned around. It happened fast and it happened intense. I rarely sleep in the playoffs, that’s just the reality of it. I was working on four to five hours of sleep and then (Red Wings general manager Steve Yzerman) called. This is exciting. Three Stanley Cup runs turn into a head coach. It’s intense, a dream come true. Anybody would love to be in the situation I am.”

“I’ve coached at every level,” Lalonde said. “My career was never about getting to the NHL. I concentrated on where I was at and wanted to be great at that position. Learning the (NHL) is different. It’s a whole different world. I found its a partnership and good players want to be held accountable. In the playoff runs the intensity was immense. It was about growing, being progressive in your position and the rest of it takes care of itself. I’m very excited about this opportunity, the next challenge.”

Yzerman was the captain of three Red Wings Stanley Cup champion teams (1997, 1998, 2002) and said he first became familiar with Lalonde when he was coaching the USHL’s Green Bay Gamblers.

Yzerman was the Lightning general manager as the team began to build toward its Stanley Cup run. He left shortly after Lalonde was hired by Jon Cooper to be an assistant coach with Tampa Bay.

“Derek fits perfectly with his experience and background as a coach, his way with people,” Yzerman said. “You will really appreciate the way Derek runs his staff, his team and his program. We spent a lot of time looking at coaches from all leagues, all different backgrounds, and ultimately came down to the decision that Derek fit all the areas that were important and would be good for this organization. In our conversations we talked about his style of play, the way his teams want to play and, historically, how his teams have played. Part of the reason the Lightning have had such playoff success recently was the way they play. They really buckle down, focus and became a good checking team. I understand his values as a coach, the way he wants to do things. I’m confident his ideas will translate on the ice for us.”

Lalonde is personable but also commands respect from his players. He said Friday his first plan is to call or meet with every one of his new players to start building relationships.

Lalonde, who was also joined by Red Wings owner Chris Ilitch at the press conference, spoke repeatedly about the Red Wings having to focus on improvement and not worrying about how quickly they start to produce winning records or participate in the playoffs.

“I have to temper expectations,” Lalonde said. “We got great in Tampa when we started focusing on the process. To talk about the playoffs, or putting a number on wins, I think that’s foolish. That can hurt you. That can go the wrong way. If we take care of the process of doing the little things, then we’ll be improved and hopefully that takes care of itself. We want to win, but we are going to do it correctly. It’s my job to begin that process.”