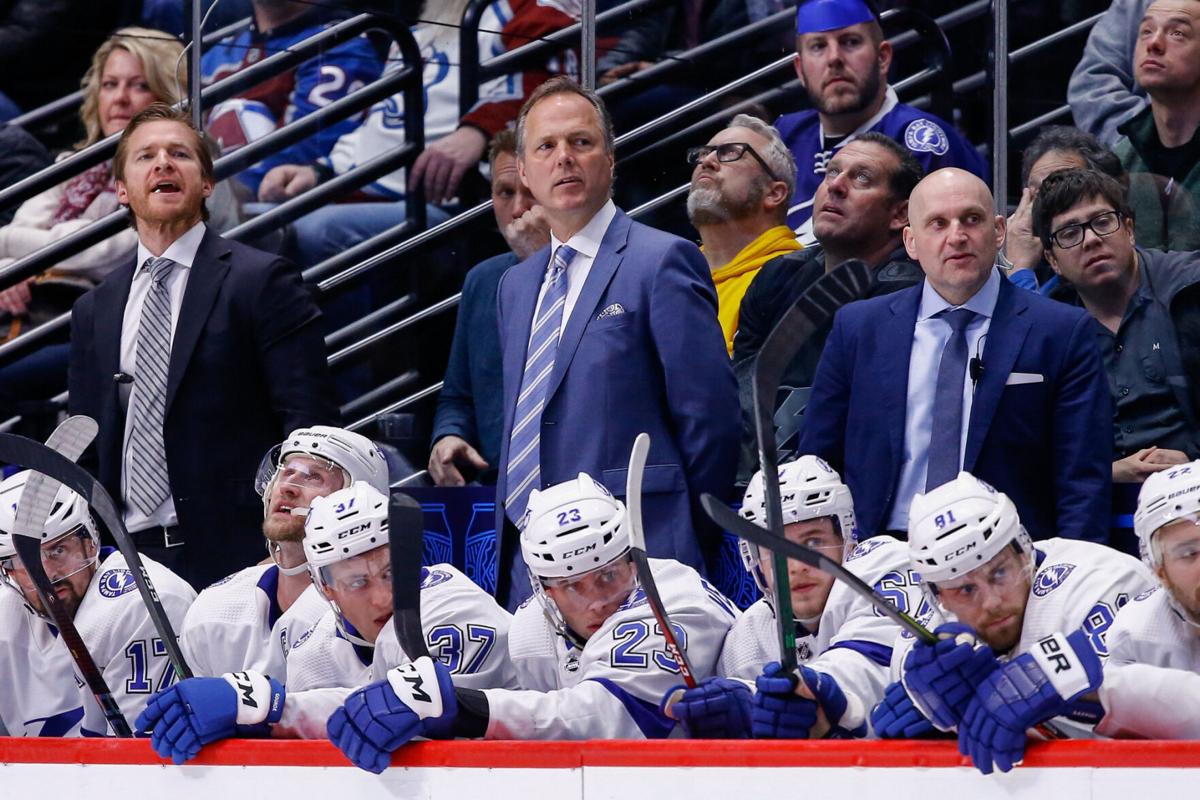 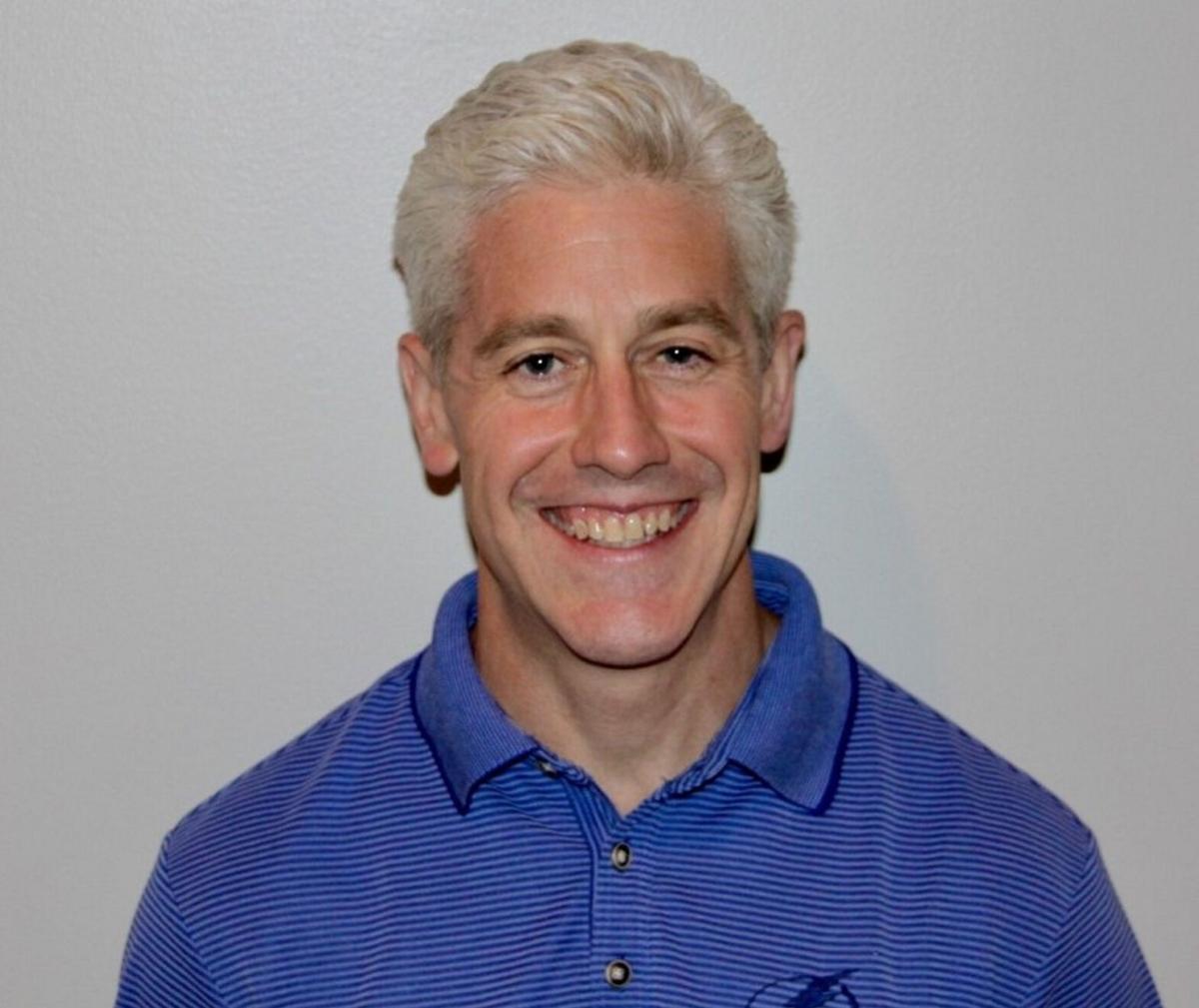 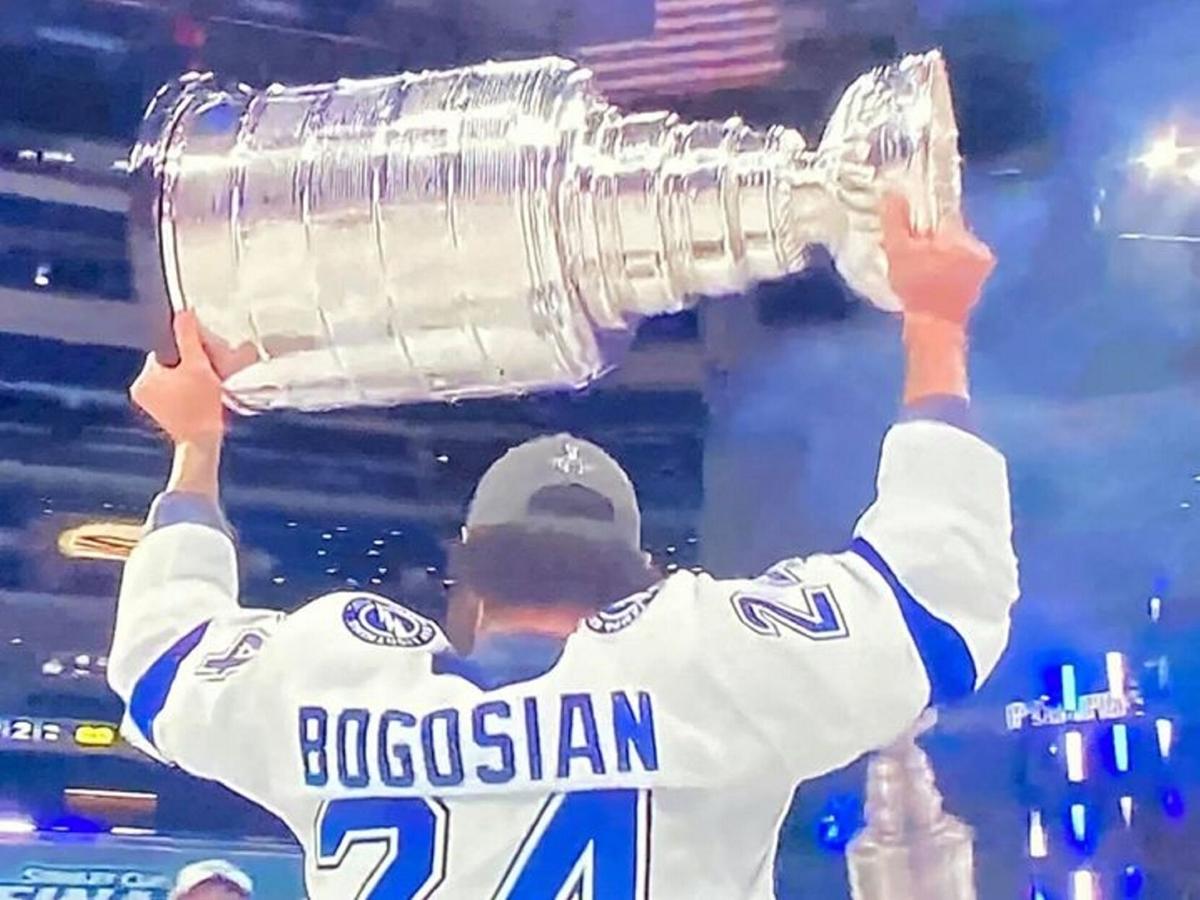 Back when Derek Lalonde was a goalie for the St. Lawrence Central boys hockey team, one of his big challenges each season was trying to keep Potsdam standout Brian Putnam from scoring goals.

When the Northern Athletic Conference season ended, the two became teammates on a Potsdam midget team that competed in state tournaments.

Close to 30 years later the two still have hockey in common as each played a role in the Tampa Bay Lightning winning the Stanley Cup championship last Monday night.

Lalonde, who is 48, is an assistant coach for the Lightning and Putnam, who is 47, has been a scout for Tampa Bay since 2010.

The two also started their careers in college coaching before finding their respective roles in the professional game.

“Brian was an elite skater and an elite player,” Lalonde said. “I coached at Hamilton and he was at Colby at the same time, so we also had that NESCAC rivalry (New England Small College Athletic Conference). We have had a good friendship for a long time.”

Said Putnam, “We came up together and started coaching (at same time). He was really good.”

Lalonde was a goalie at SUNY Cortland and from 1995-2011 held various assistant coaching jobs in college hockey. He landed his first head coaching job with the USHL’s Green Bay Gamblers in 2011. He was head coach of the American Hockey League’s Iowa Wild before getting his current spot with the Lightning in 2018.

“Jon Cooper had lost the (2018) Eastern Conference Game 7 final and the next morning he called me,” Lalonde said. “He said they were going to make some changes there and to stay by your phone. I asked him to give me some time on it. The phone call came three or four days later and I had to say, ‘no’. I felt I needed some more growth as a head coach. He was disappointed, but also understood.”

A week after turning down the Tampa Bay job, the Wild’s general manager, Chuck Fletcher, was fired, so Cooper picked up the phone and called Lalonde again and said, “What about now?”

“I knew him when I was at Ferris State, he was coaching midget hockey in Detroit,” Lalonde said of Cooper. “We really hit it off. We have similar personalities.”

Tragedy played a role in Putnam’s move from being an assistant coach at Connecticut to becoming a professional scout.

Putnam, who played for the University of New Hampshire, was friends with Los Angeles Kings scouts Mark Bavis and Ace Bailey, who each died on Sept. 11, 2001, when a plane they were traveling in crashed into one of the World Trade Center towers. He had seen both at a wedding in Lake Placid days before.

“I had a lot of ties with (the Kings), with (former Clarkson coach) Bill O’Flaherty and he and (Clarkson alum) Dave Taylor were big in LA at the time,” Putnam said. “They needed a scout and I turned them down after 9/11 because it was Bavis’ spot. They were going to fill it and they said I should take it and honor him. That’s how I got into scouting.”

Putnam, after agreeing to take the job, worked for the Kings from 2001-06 and he played a major role in the 2012 and 2014 Stanley Cup championships the Kings won because he drafted goalie Jonathan Quick for the organization in 2005.

Putnam left hockey in 2006, studied law and became a lawyer before returning to the game in 2010 to work for the Lightning.

“They value your opinion and let you have a voice, which is great,” Putnam said of the Lightning. “After the third round, (draft picks) goes to the regional guy. The boss isn’t picking guys, you are actually picking guys.”

Neither Lalonde nor Putnam expected to have careers in the National Hockey League, let alone be part of a Stanley Cup championship.

“It’s just exciting,” Lalonde said of hoisting the Cup over his head. “As a coach you are so overwhelmed with the process. You are excited for the guys, you are seeing them, everything they’ve been through, and seeing them raise the Cup. Once it got to (Cooper), now it starts to go through the coaching staff. I was like, ‘Wow, this is really going to happen.’ It feels amazing. It’s every kid’s childhood dream. You know how hockey crazy the north country is. It’s part of who we are growing up.”

As a scout, Putnam was never inside the NHL COVID-19 bubbles in Toronto or Edmonton. He watched the Lightning win the championship at his home near Boston on television.

“It’s a little disappointing I wasn’t physically able to be there,” Putnam said.

Massena native Zach Bogosian, a defenseman, was also part of the north country connection for the Lightning. He has known Lalonde since he was a kid and after every playoff round victory this season, the duo would pose for a picture together and share it with all their mutual friends around Massena, including people they play with in a summer golf league.

Lalonde joked that after winning the Eastern Conference final against the New York Islanders, the members of the golf league fined the pair for missing their tee times that day.

“It was special and rewarding to do it with Zach, being close with his brother Aaron, sharing mutual friends in Massena,” Lalonde said. “The whole thing made it unbelievably surreal.”

As of now the NHL has no plans to allow the Stanley Cup to leave Tampa. If a coach or player gets a day with it, the Cup would have to stay in the Tampa area. Lalonde said there is some resistance toward that idea and he hopes the situation changes.