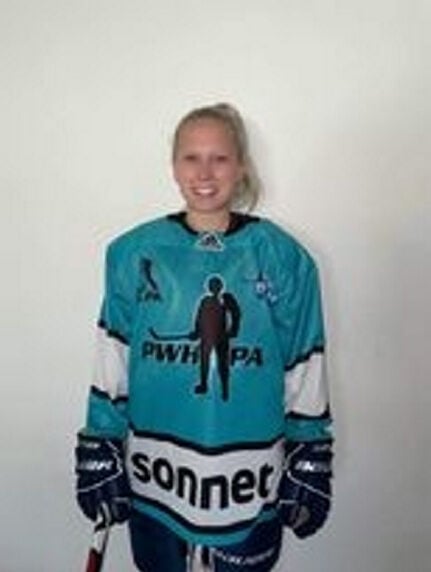 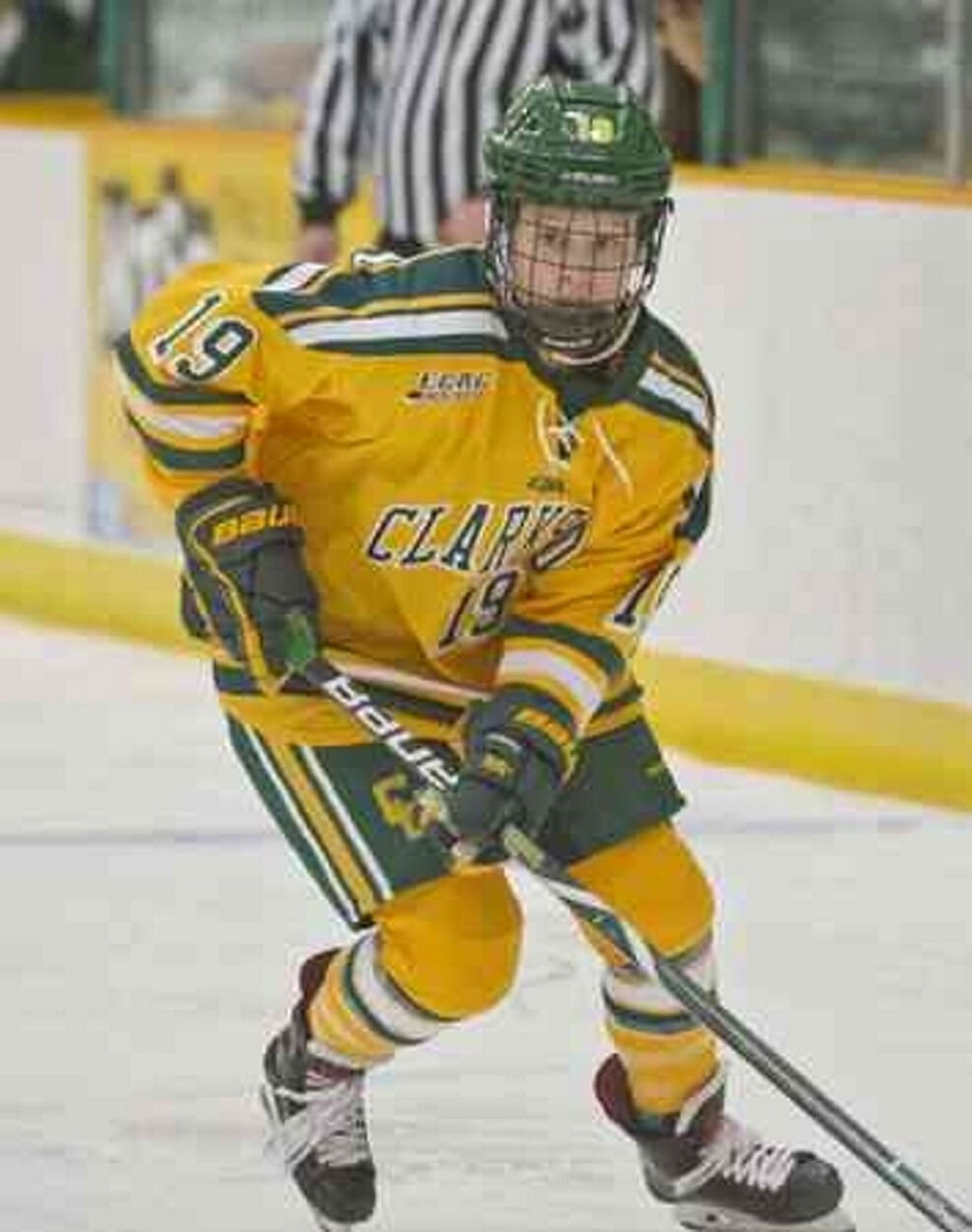 Still dealing with the shock of an Olympic snub, former Clarkson University standout Loren Gabel is now getting ready for her first real hockey game in more than a year when the PWHPA (Professional Women’s Hockey Player’s Association) has a showcase for its three Canadian teams in Calgary, Alberta, from May 24-30.

COVID-19 wiped out last year’s Women’s World Championships and other than scrimmages at the Canadian national tryout camp, Gabel has not played in a competitive game since March 2020.

Last week, she found out she was left off Canada’s 28-player pre-Olympic roster, which came not just as a shock to her but many involved in hockey. After leading Canada in goals as a rookie at the 2019 Women’s World Championship, and making the all-tournament first team, Gabel has become a fan favorite in Canada.

“I don’t think I’ll ever get over it, fully,” Gabel said of missing out on the 2022 Winter Olympics in Beijing, China. “I’m excited to see what I can do at the showcase in Calgary. That’s a huge test for me. I’ll go play my hardest and work my hardest and play my game. I’m looking forward to it.”

With Clarkson from 2015-19, Gabel played a prominent role on Clarkson’s 2017 and 2018 national title teams and she was named the Patty Kazmaier Award winner in 2019, which goes to the top player in American college hockey. She left Clarkson with a school record 213 points and she still has Clarkson’s record for career goals with 116.

As if being cut from the Olympic team wasn’t bad enough, Gabel, 23, also said she was told by the Canadian staff that they felt she lost her passion for hockey.

Anyone who knows Gabel, who loves hockey so much she even wears a necklace with a small hockey stick on it, was stunned to hear the Canadian staff told her she lost her passion for the sport.

Gabel said she spends about five hours a day doing hockey-related training activities, from working out, skating on an ice treadmill and practicing. In her free time she watches as much of the sport as she can, whether it’s National Hockey League games, PWHPA games or current Clarkson women’s games.

Nothing has come easily for Gabel in her career, but every place she’s been she’s worked hard enough to become one of the best players on the ice, if not the best.

“Any coach who has coached me in the past, they all knew me as a person and a player,” Gabel said. “I think it comes from both sides. You get to know your coach and the coach gets to know the player. They know how much work I put in on the sidelines. Not a lot of people see what I do. They know that I love the game. (Clarkson coach Matt Desrosiers) told me my work ethic is amazing. Whatever you do in practice is what you’ll do in a game. It takes a simple conversation with a player and coach to get on the same page. That comes with confidence. Matt had a lot of confidence in me and that helped me have confidence.”

Gabel lives with her parents and when COVID-19 protocols allow she makes some money teaching hockey skills at her father Larry’s business, the G & G Skate Training Centre in Kitchener, Ontario.

Meanwhile, Cale Makar, who last played for the University of Massachusetts in 2019 and now plays for the NHL’s Colorado Avalanche, has already made $2.8 million in his brief career.

“Right now we’re not really making anything,” Gabel said of women’s players. “We are working on it. Hopefully something positive will come up in the next couple of years. Men’s hockey has evolved so much. The more people we can get watching women’s games, hopefully we can have the same outcome. We just want to make a living wage and not have a full-time job while playing the game we love.”

Gabel has been making some money in endorsements. She signed a contract with Bauer and she also represents Pure Vita Labs and Under Armour. She recently filmed a commercial with former Clarkson goalie Shea Tiley.

With an interest in acting, it’s possible Gabel could someday make her big money at that profession.

“I want to see where my life takes me,” Gabel said. “Acting is in the ballpark for me. Hockey is my No. 1 priority. Being on the (commercial) set, that was my first time.

“I really would like to get into television acting, shows and movies, maybe on a Netflix show one day. I’ve done master classes (online) with Samuel L. Jackson and Natalie Portman. Though they were just recording videos it was cool to learn from them.”

Even if it may not work out next year, Gabel also maintains that goal of playing for Canada in an Olympics in 2026.

“I will take feedback and work hard and prove people wrong, which I’ve been doing since I was born,” Gabel said. “In the long run I have to do what will benefit myself and put me in a good mental and physical state that I’m happy with what I’m doing.”