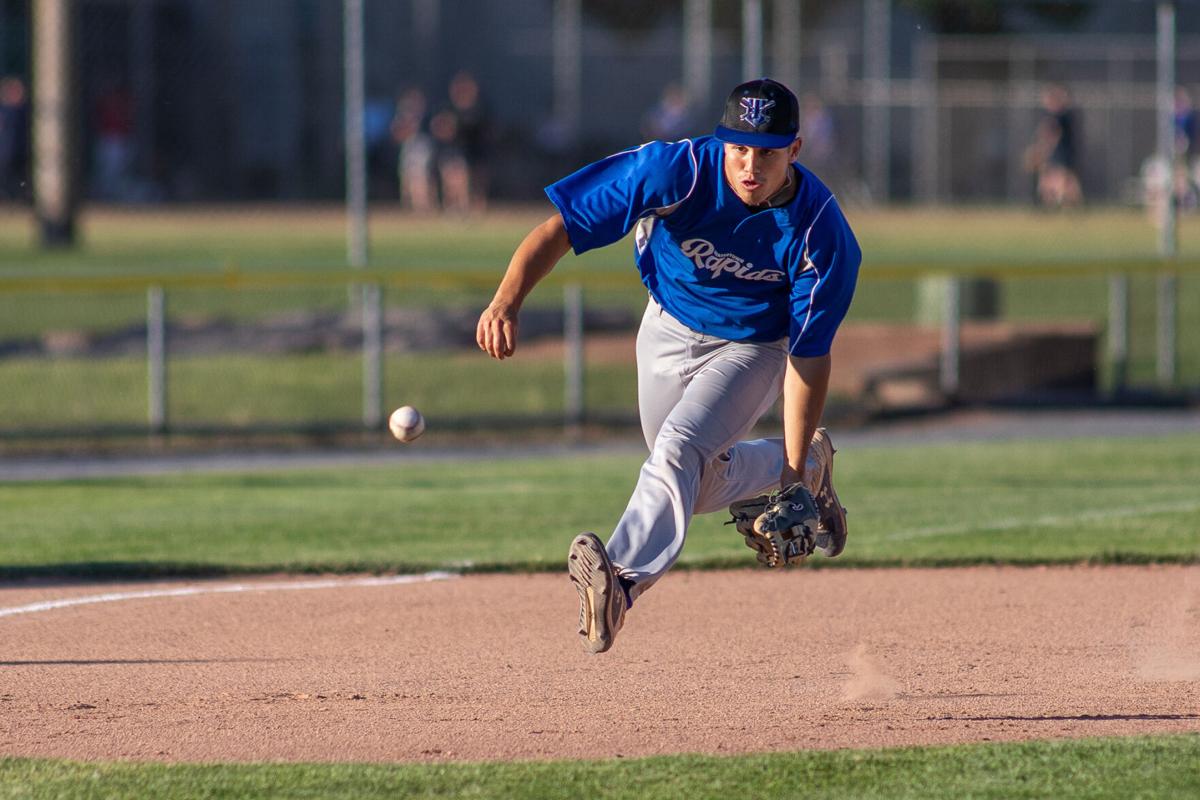 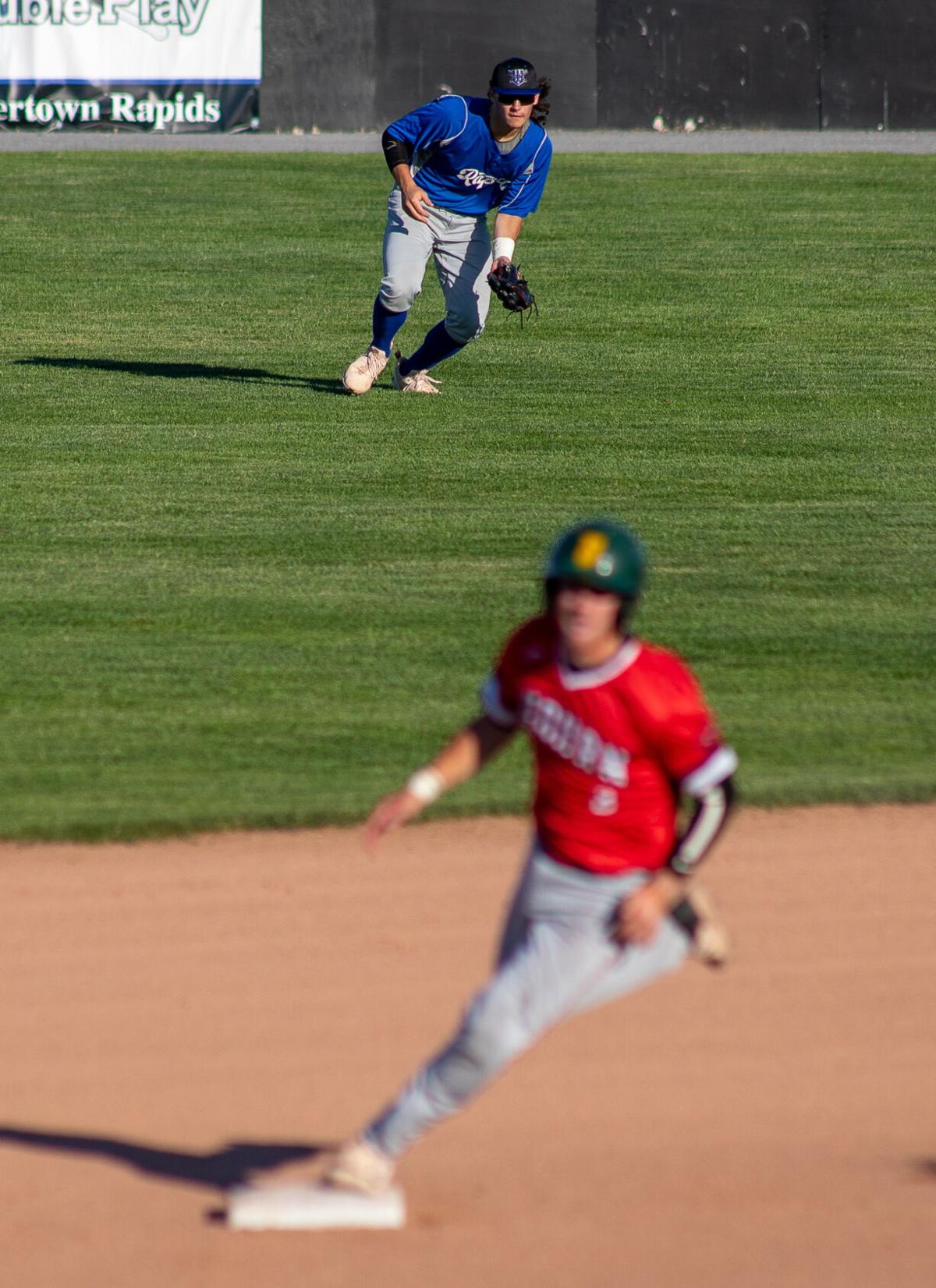 Matt Tobin of the Watertown Rapids looks to third base as he fields a base hit in Wednesday night’s game against the Auburn Doubledays at the Alex T. Duffy Fairgrounds in Watertown. Kara Dry/Watertown Daily Times 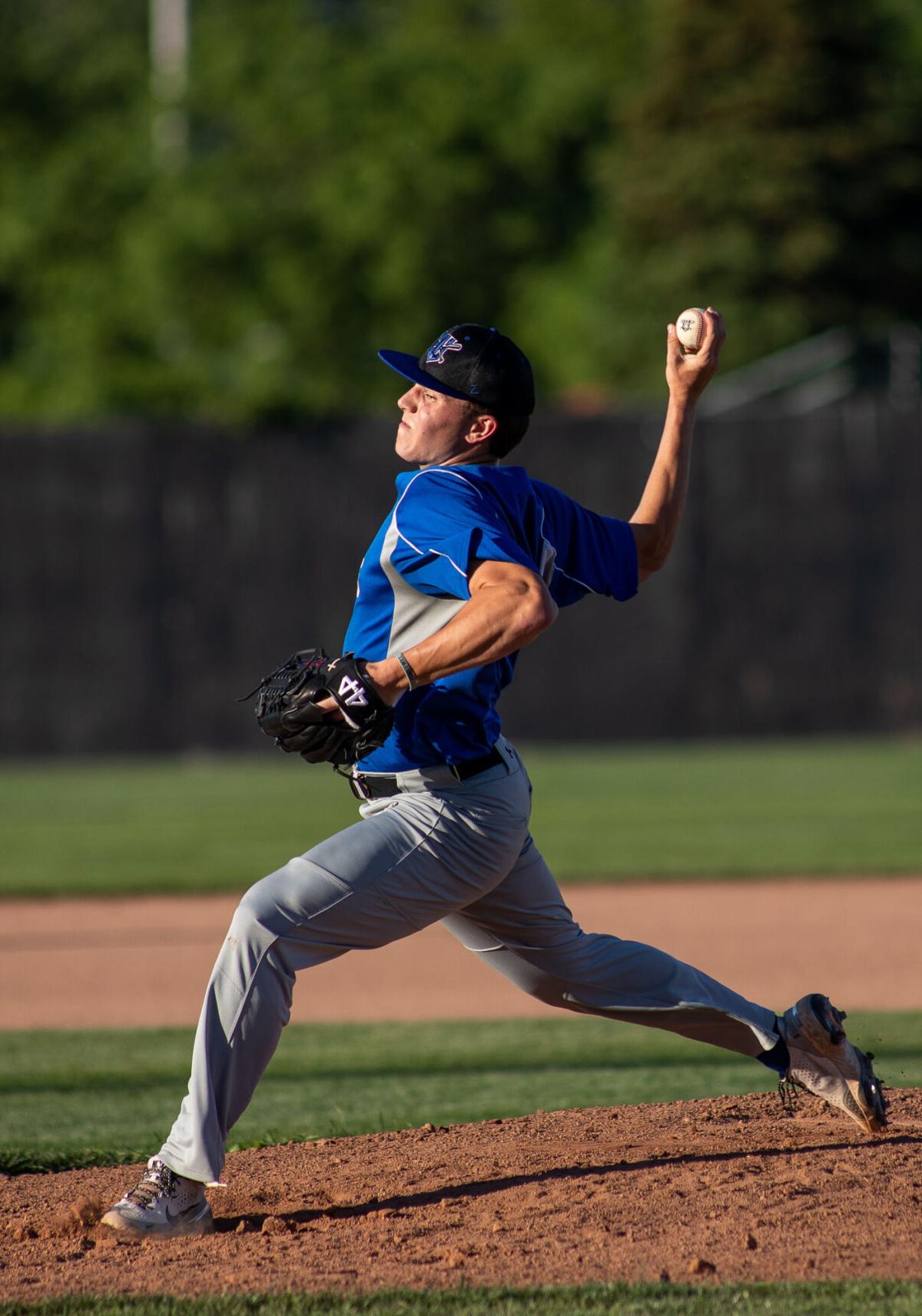 Ryan Peters of the Watertown Rapids delivers a pitch during Wednesday night’s game against the Auburn Doubledays at the Alex T. Duffy Fairgrounds in Watertown. Kara Dry/Watertown Daily Times 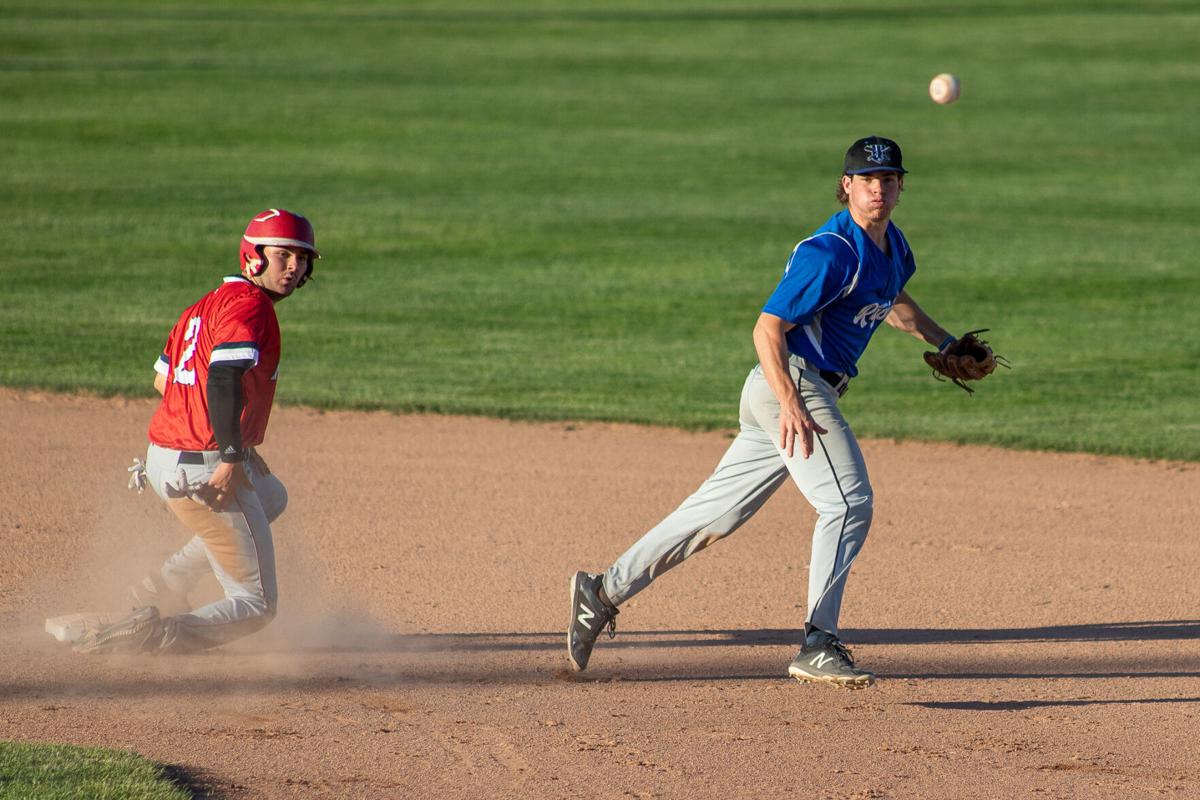 Anthony Santa Maria of the Watertown Rapids throws to first base after tagging the runner at second base in Wednesday night’s game against the Auburn Doubledays at the Alex T. Duffy Fairgrounds in Watertown. Kara Dry/Watertown Daily Times

Matt Tobin of the Watertown Rapids looks to third base as he fields a base hit in Wednesday night’s game against the Auburn Doubledays at the Alex T. Duffy Fairgrounds in Watertown. Kara Dry/Watertown Daily Times

Ryan Peters of the Watertown Rapids delivers a pitch during Wednesday night’s game against the Auburn Doubledays at the Alex T. Duffy Fairgrounds in Watertown. Kara Dry/Watertown Daily Times

Anthony Santa Maria of the Watertown Rapids throws to first base after tagging the runner at second base in Wednesday night’s game against the Auburn Doubledays at the Alex T. Duffy Fairgrounds in Watertown. Kara Dry/Watertown Daily Times

WATERTOWN — The Auburn Doubledays weren’t as kind to Ryan Peters and the Watertown Rapids this time around.

Nearly a week after Peters pitched the Rapids to a dominant, season-opening victory over the Doubledays, Wednesday night’s meeting between the two teams went differently from the start.

Auburn got to Peters early on en route to recording a 9-5 victory in a Perfect Game Collegiate Baseball League game before a turnout of 202 at the Alex T. Duffy Fairgrounds.

“You know one bad game, but it’s only one game,” Peters, a Watertown native, said. “But we know we have to work on some things and it humbles you. Fortunately, this is summer ball, we’re all here to get better and I hope that for all of us.”

The Doubledays scored four runs in the first inning and two in the third to build a 6-0 lead. The Rapids also didn’t help their cause by committing five errors, including two in the opening inning.

“That’s baseball,” Peters said. “You try and always be perfect in baseball and any team can show up on any given day and hit better than what you throw. Today there were just a couple things that weren’t just clean for me that I need to clean up in the next few days before my next start.”

After shutting out Auburn for seven innings in a 13-1 win on opening night last Thursday, this time Peters lasted only three innings, yielding the six runs on eight hits, while walking two and striking out none.

“Ryan’s working on some things just mechanically and when you do that, it makes it a little harder to do your normal job which is going out there and pitching when he’s making mechanical changes,” Rapids coach Ben Moxley said. “So, he’ll get there, it’s just going to take him a couple starts to get used to his new-found, lower-half mechanics, so I’m not worried about that.”

On Wednesday, the first three Doubledays batters reached, on two hits and an error, with Griffin O’Ferrall delivering an RBI single and another run coming home on a bunt groundout. Auburn led 3-0 when Matt Livingston’s deep fly ball was misplayed in center field and Garrett Prosper followed with an RBI single for a 4-0 advantage.

“If we played clean defensively, I think we had a good shot to come back and win that game,” Moxley said. “We’ve got guys rolling in every day and we’re not always on the same page because of that, so once we get our full team here, we can all really get on the same page because of doing things our way ... so things can get cleaned up a little bit.”

The Doubledays struck for two more runs in the fourth as O’Ferrall tripled to lead off the inning and scored on Evan McDonald’s double, and two batters later, McDonald scored on Pierce Hendershot’s infield single.

“It was tough getting behind big early,” Moxley said. “We fought back pretty good, but just really mental mistakes in the field cost us.”

Anthony Espinoza relieved Peters in the fourth inning and pitched three innings, allowing only one run.

The Rapids scored three runs in the third as Matt Tobin singled and scored when Aaron Whitley reached on a fielder’s choice. Dylan Broderick followed with an RBI double to deep center field and scored on Tony Santa Maria’s triple to the right-field wall to draw Watertown within 6-3.

Watertown was able to chip away by scoring single runs in the fifth and sixth innings, with the second coming on Dylan Perry’s RBI double over the center fielder’s head to pull within 6-5.

“Being down six, they were able to chip away to try and come back and we didn’t give up,” Peters said. “I like that about our team, they put up five runs, which should be enough to win a game, they did their job. But defensively and pitching wise, we need to step up our game.”

Broderick reached four times, including a double and two singles, and drove in three runs to pace Watertown at the plate.

Dixon Black collected two hits, including a double, for the Rapids, who totaled 10 hits on the night.

“Our bats were pretty good all night,” Moxley said. “Even early we didn’t score, but we hit a lot of balls hard, they just didn’t find holes.”

Tommy Moore pitched four innings to record the win for Auburn, allowing three runs on five hits, while striking out two and issuing one walk.

The Rapids have now lost three straight games after defeating the Doubledays on opening night.

“We had a good talk after the game about just doing things the right way and showing up on time, just little things that really bother coaches,” Moxley said. “But all those things will get better, just it’s tough getting used to being on a new team and what the standards are, so we’re going to have to reset our standards and we’ll be better going forward because of it.”

n NOTES: After an off day today, the Rapids will play at Central Division-leading Utica at 6:45 p.m. on Friday, before hosting Auburn at 6:30 p.m. Saturday and Utica at 5 p.m. Sunday at the Fairgrounds.