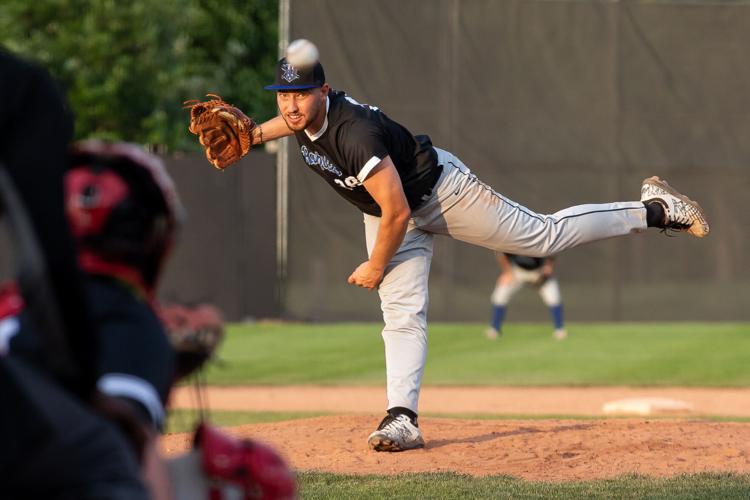 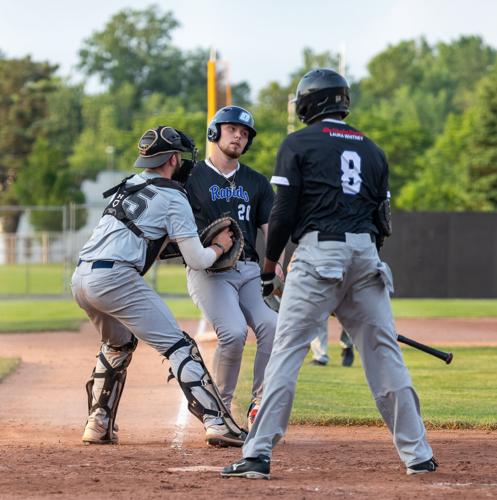 The Rapids’ Jake Humes is tagged out at home on a failed squeeze play during Thursday night’s game against the Boonville Baseball Club in Watertown. Kara Dry/Watertown Daily Times 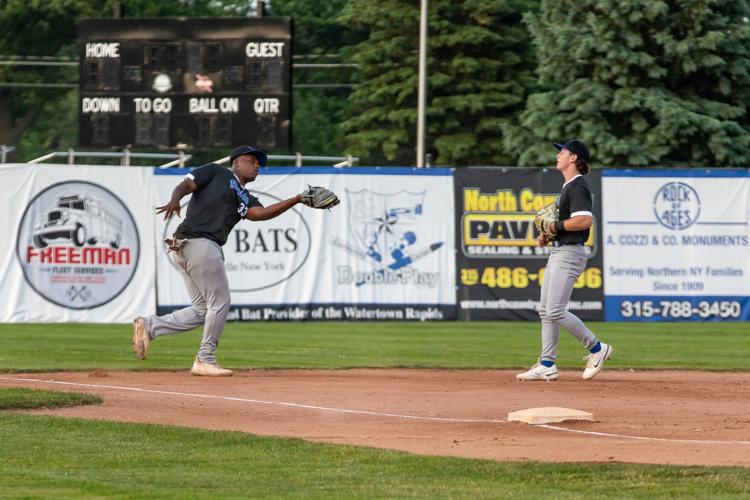 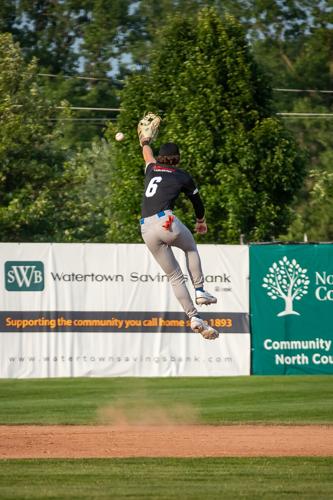 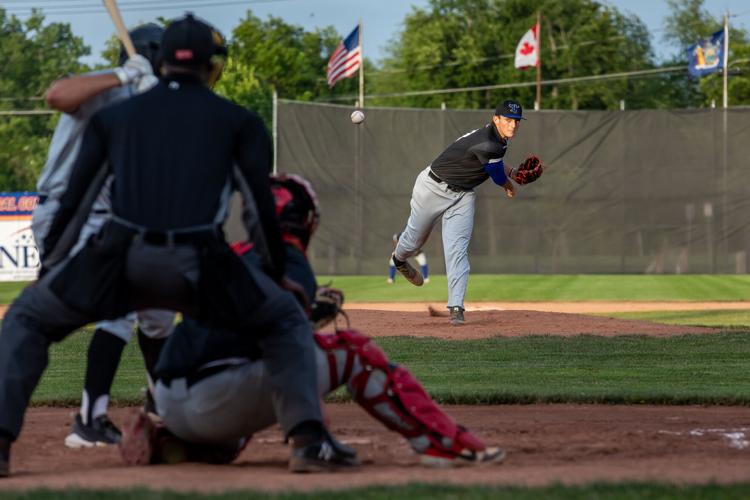 The Rapids’ Jake Humes is tagged out at home on a failed squeeze play during Thursday night’s game against the Boonville Baseball Club in Watertown. Kara Dry/Watertown Daily Times

WATERTOWN — A rough seventh inning and struggles at the plate doomed the Watertown Rapids to a seventh straight loss Thursday.

Jacob Dannenberg tossed six innings of two-hit ball and Scott Seeker singled, doubled and drove in a pair of runs as the Boonville Baseball Club used a three-run seventh inning to beat the Watertown Rapids, 5-1, in a Perfect Game Collegiate Baseball League game at Toyota Field at the Alex T. Duffy Fairgrounds.

AJ Pabst knocked in a pair of runs with a double and Giovanni Calamia added an RBI single for Boonville (4-3), which has won four of its last five. Boonville lost the first two meetings with Watertown, but has come up with timely hits and knowledge gleaned from previous meetings against Watertown in its recent run.

“This is the third time we’ve played Watertown, so we have a scouting report and try to have our players in place to where Watertown hits the ball,” Boonville manager Andrew Davino said.

Michael Norton broke the Boonville shutout with a solo home run in the eighth inning and Colin Hageman singled twice for Watertown (2-8), which is a half-game ahead Glens Falls (2-9) for the league’s worst record. Former Watertown High standout Ryan Peters took the loss. The Rapids managed to string together just four hits and timely hitting has been a struggle during this losing run.

“The effort has to get better and we have to put together better approaches at the plate and adjust,” Watertown manager Mike Kogut said.

There was some uncertainty about the game being played due to mid-afternoon thunderstorms, but the city grounds crew tarped the field and the game went on as scheduled.

“Our mindset is that we’re always playing,” Seeker said. “We’re always ready to go anytime because that’s how our team rolls.”

Starting pitchers Wyatt Parliament, who is from LaFargeville, and Dannenberg kept the opposing lineups off-balance early. Spencer Brown came in for Parliament in the fourth and pitched three strong innings of relief before Boonville broke through in the seventh.

Watertown struggled against Dannenberg, who mixed up his pitches to limit base runners. He was really sharp with his off-speed pitches and his fastball was also effective.

“The key with my pitching is I like to mix up everything and throw a lot of changeups when I get behind (in the count),” Dannenberg said.

The Rapids did have chances to score in the third and sixth innings, but weren’t able to break through. Boonville finally broke the deadlock when Calamia drove in leadoff hitter Lane Gay with a single. Seeker then smacked the two-run, game-winning double for Boonviile. Pabst’s two-run double added more insurance in the eighth inning as Boonville stayed patient at the plate.

“We’ve been trying to stay up the middle and have a better approach with better pitch selection,” Davino said.

Norton spoiled the shutout bid by crushing a home run over the left field wall. He took a low fastball deep for his first homer of the season.

“I think at the end we had a little more momentum, but we weren’t piecing together good enough ABs (at bats),” Norton said.

Kogut raved about his young pitching staff, which on Thursday also included Carthage’s Aaron Luther and Lyme’s Mike Flyzik, who each pitched an inning of relief. The young pitchers fresh out of high school have delivered despite their inexperience against college hitters.

“That’s been the one major highlight has been our young Frontier League arms,” Kogut said.

Watertown will travel to Little Falls to play the Mohawk Valley DiamondDawgs at 6:30 p.m. today before hosting the defending champion Saugerties Stallions at 6:30 p.m. Saturday.

n NOTES: A season-low 30 fans were listed for the overall attendance. There was a tornado watch for the area as of game time. ... Luther made his season debut in the eighth inning and gave up two runs with one of them earned.