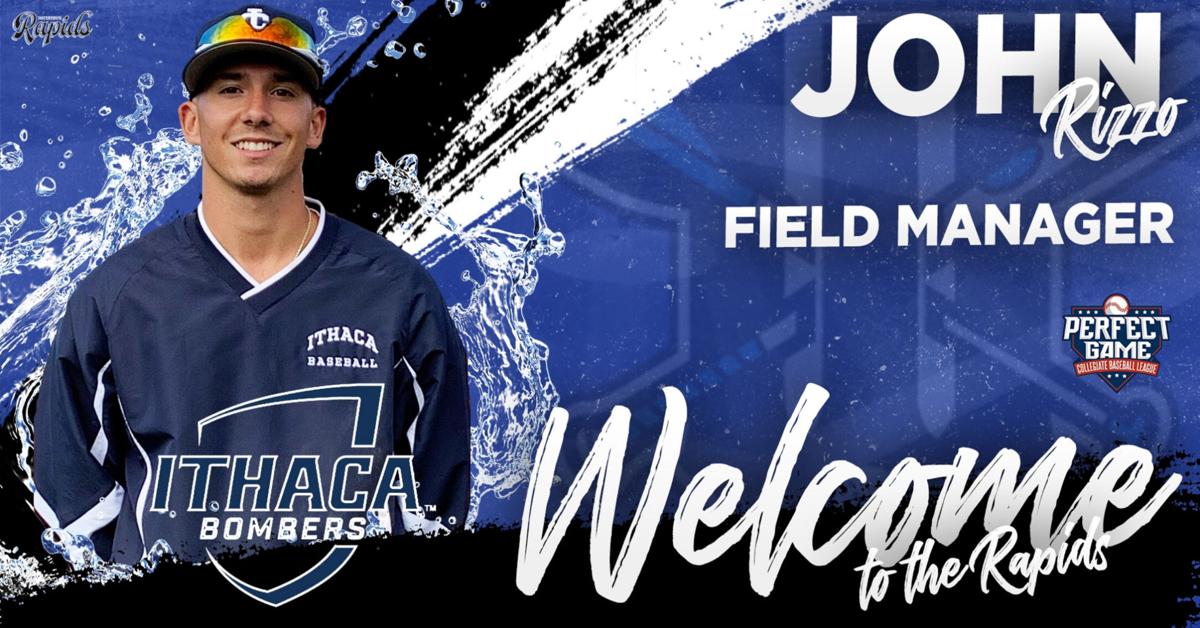 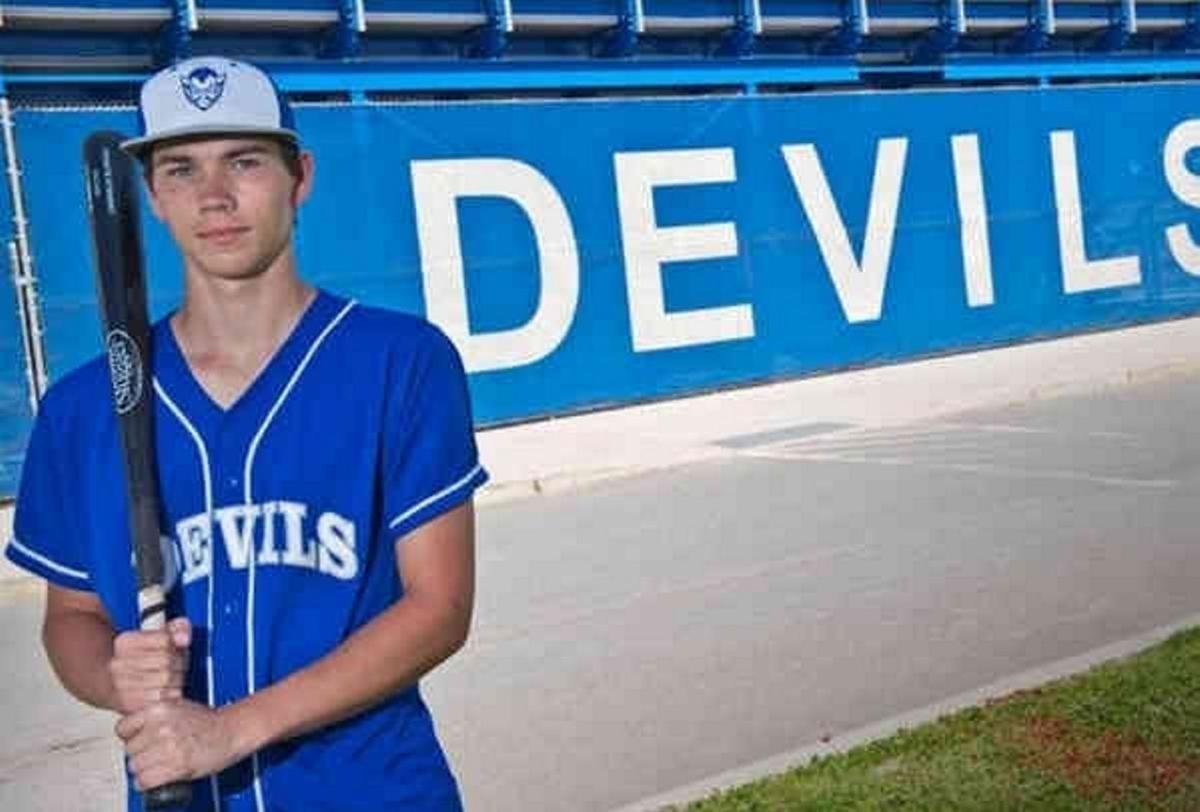 When he was hired as manager of the Watertown Rapids last fall, John Rizzo was thrust into a new role.

Although holding previous college coaching experience, Rizzo had never put a team together at this level before.

Rizzo recruited most of the Rapids roster for this year, reaching out to prospective college players and their coaches and landing players to come to Watertown this summer in the Perfect Game Collegiate Baseball League.

Yet nothing quite prepared him for what the Rapids and college players around the country are facing right now with the coronavirus pandemic.

“Like I’ve said before, I have some really great mentors in this game who have seen everything,” Rizzo said. “And when I talk to them about this, it’s something new and no one has seen this before. So you deal with it, it’s unfortunate that it’s happening, but you’ve got to make adjustments.”

With college sports canceling the spring sports season, it changed things considerably for Rizzo, as an assistant for Ithaca College’s baseball program and in his role as Rapids manager.

The Rapids are still scheduled to open their PGCBL season on May 29, which will be Rizzo’s head coaching debut in summer collegiate baseball. The league has said nothing more than they’re continuing to monitor the situation.

“Right now we’re hopeful and we’re confident that we have a chance to start it and it’s just kind of a waiting game at this point,” Rizzo said.

With the continuing pandemic, Rizzo and his coaching staff are facing some unforeseen challenges.

“Trying to stay busy, that’s the big thing,” said Rizzo, an Auburn native. “Obviously the schedule I’m accustomed to in the spring is pretty hectic usually, with a lot of baseball going on and what not. But that’s been taken away from us. But right now I’m trying to continue to grow as a coach any way I can.”

The Rapids announced last October they had hired Rizzo, tasking him with seeking out and building a roster for the upcoming season.

“When I took the position, Brandon Noble was the GM, he was great,” Rizzo said. “This is my first time as a coach in a summer league to this extent, I was an assistant before in a few leagues.”

“But the recruiting essentially fell on my shoulders,” Rizzo said. “I reached out as much as I could and made my best effort to bring in players. Luckily, Brandon had went through the process before, I was able to ask him some questions and always get good feedback.”

Rizzo had the experience of dealing with college baseball players in the past as along with his current job at Ithaca College, he was the head coach at Cayuga Community College in 2019 as it fielded its first baseball team.

“This is my first crack at it,” Rizzo said of putting together a roster. “Obviously in the college game, I’ve been involved and I’ve seen it, but this is the first time I’ve taken it on as my own responsibility. It’s a lot of learning, but it’s been really good for me, I think we have good players and I think I’ve made some good connections from my own advancement in the process.”

Rizzo clearly has set goals in mind when recruiting players for the Rapids’ team.

“Really recruiting is simply you go after players with high character, that’s the most important thing. You want guys that are going to fit the culture you’re trying to build with the team,” he said. “It’s hard to learn that sometimes without meeting these guys face to face, but you talk to the coaches, you talk to them on the phone, you try and get a feel for what kind of kid they are.”

Among the players listed on the Rapids’ roster is pitcher Ethan Baldwin, an Ogdensburg Free Academy graduate, who is a freshman at St. Lawrence University.

“The Northeast is usually kind of the hot spot for us just because of the connections and the reputation of the league,” Rizzo said. “It’s a great league, but it’s more well-known up here.

“We have a few guys from Canada, so I think we have a wide variety of players and where home is for them.”

Rizzo, who coaches Ithaca College’s junior varsity baseball team, also helps out with the varsity team. The Bombers managed to play seven games this year before the season was canceled because of the pandemic and the team was also forced to cancel its spring break trip to California.

The postponement of the college season has given Rizzo more time to tend to the Rapids season, including maintaining communication with the players.

“You want to reach out and you want to be on the same page with your players and make sure you’re putting them in a situation to succeed, but also stay healthy,” Rizzo said. “But this one is really going to be about making sure their arms are prepared for the season. ... And a few of their coaches reached out back to me just to get an idea of what changes are going on and a few players have been reaching out to me. They’re anxious to play, they want to play, but obviously there’s a little bit of question mark on the season right now, when it will start and unfortunately there’s a chance that it could not happen.”

Rizzo says it’s important to keep in touch with his players, pitchers in particular.

“The big thing is we hope to have a season,” Rizzo said. “We plan to start on time, but we’ve got to take precautions and see where that goes. And then when we get guys in Watertown, pitchers especially, you’ve got to monitor them a little bit.”

Rapids players, especially pitchers, might be presented with a unique opportunity to play more often this summer, including perhaps logging even more innings than usual, after their college seasons were cut short.

Baldwin, for example, appeared in only one game for St. Lawrence before its season was canceled after only two games in March.

“Now you have guys who had that opportunity taken from them and they’re looking for innings,” Rizzo said. “And you actually have some coaches that previously didn’t want pitchers to do a lot during the summer, that are now looking to place these guys for that reason just because of a lack of innings in the spring due to the COVID-19.”

Rizzo, who has summer experience coaching in the Interstate Collegiate Baseball League, is looking forward to coaching in the PGCBL, which is comprised of 13 teams located entirely in New York state.

“I’ve talked to many coaches outside of the state and all throughout the country reaching out, and the Perfect Game league has a great reputation,” Rizzo said. “Guys reached back from parts of the country that I wasn’t sure they even knew about our league. And they talked about their experiences playing in it and guys they sent to the league and how they had great experiences.”