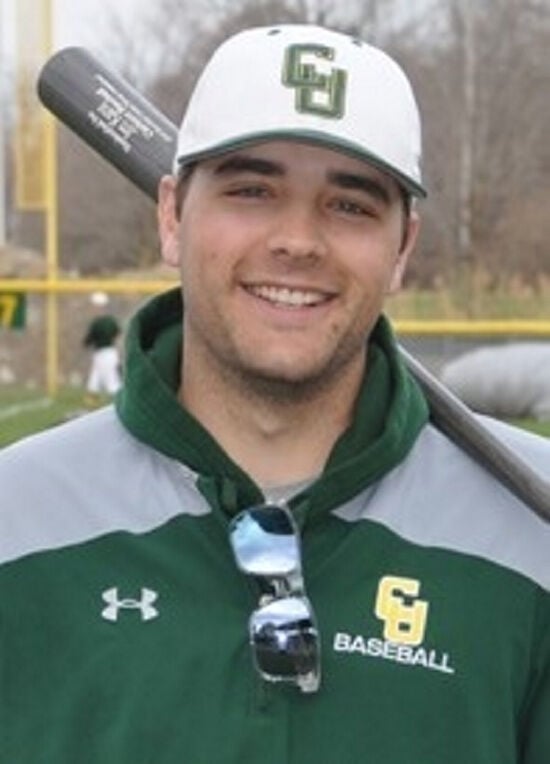 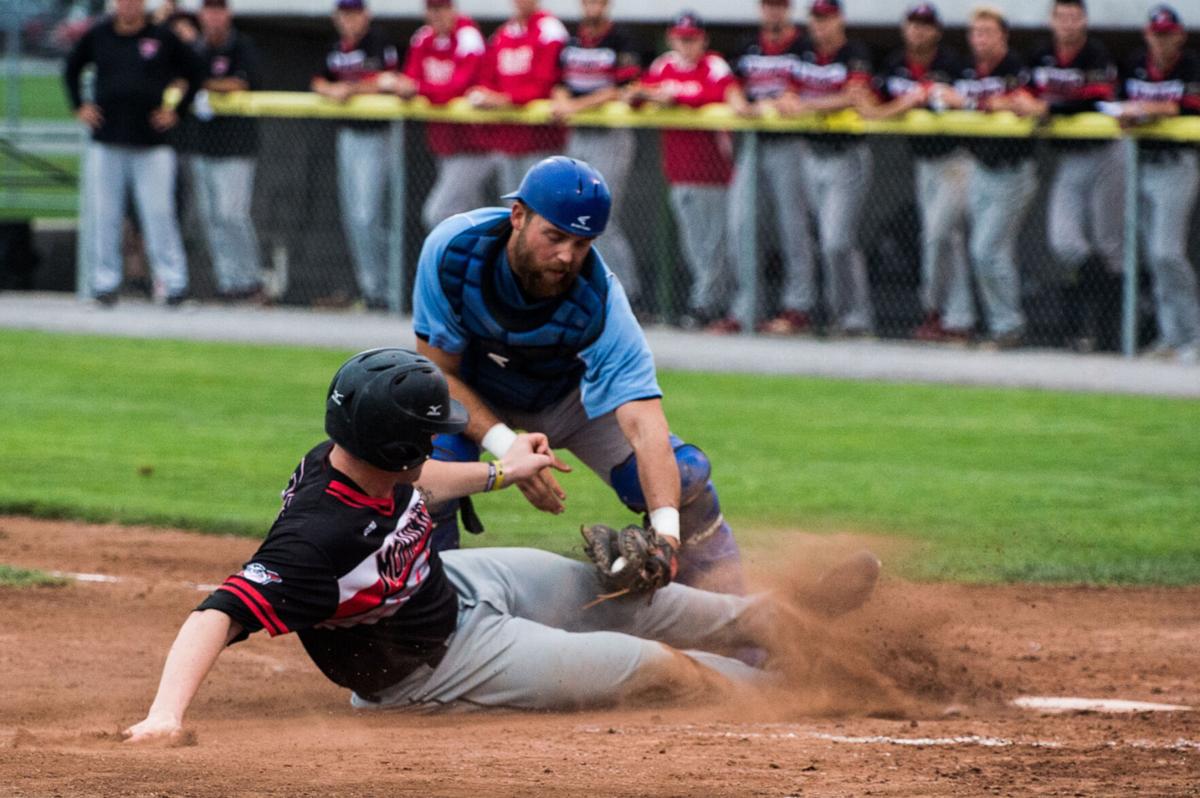 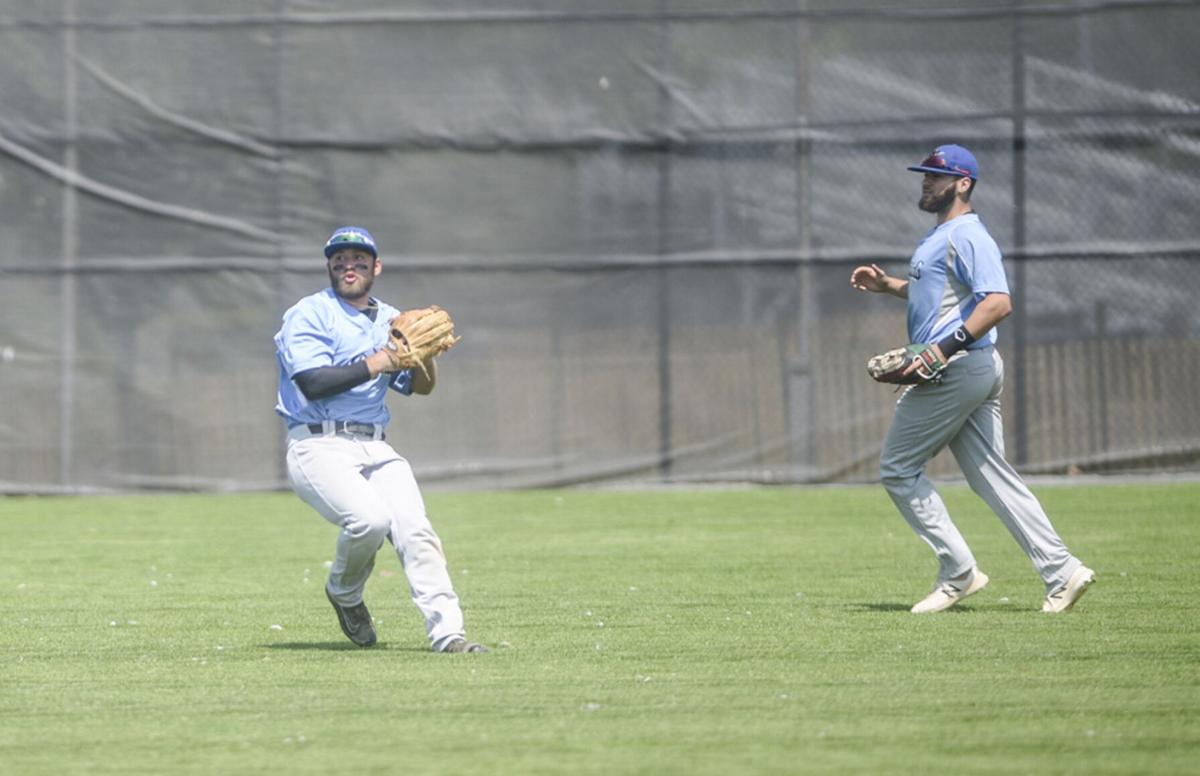 The Watertown Rapids play against the Mohawk Valley DiamondDogs during a game in 2018 at Alex T. Duffy Fairgrounds. The Rapids are expected to resume play this season after having their season canceled by the COVID-19 pandemic in 2020. Watertown Daily Times

The Watertown Rapids play against the Mohawk Valley DiamondDogs during a game in 2018 at Alex T. Duffy Fairgrounds. The Rapids are expected to resume play this season after having their season canceled by the COVID-19 pandemic in 2020. Watertown Daily Times

It’s been a long winter and an even longer offseason for college baseball players and their coaches, such as Ben Moxley.

In fact, it’s been nearly a year since any baseball at the collegiate level has been played because of the coronavirus pandemic.

So Moxley, an associate coach at Clarkson, is looking forward to the upcoming college season and beyond, to the summer months when he will manage the Watertown Rapids.

“I’m really excited about it,” Moxley said. “I have a little experience with Watertown baseball playing against (Jefferson Community College) when I was in college and playing against the Watertown (Perfect Game Collegiate Baseball League) team in the past when I was playing and coaching. So I’m really pumped up about it.”

Moxley, not a north country native but very familiar with the local baseball scene, was hired last month as new manager of the Rapids.

“It just feels like we kind of had a two-year offseason kind of thing,” Moxley said. “We really have been cooped up, I know a lot of travel ball got played last year eventually in the summer. But in terms of college players, there weren’t many leagues that played last summer and for us coaches, we haven’t coached at all, other than just practices when we can.

“So we’re definitely looking forward to just getting out on the field and watching our guys compete.”

Moxley, who has coaching and playing experience in the college and summer collegiate ranks, considers his new job this summer with Watertown a step up.

After a college playing career as a pitcher with several teams, Moxley went on to play for the Mohawk Valley DiamondDawgs in 2015, helping to lead the team to the PGCBL League championship that summer.

“I played in 2015 with the Mohawk Valley DiamondDawgs, we won the league and we had a lot of just great players, some of them are still playing now,” Moxley said.

Moxley went on to coach for his hometown Oneonta Outlaws in the PGCBL, serving as the pitching coach and assistant general manager under team manager Joe Hughes.

“I was the pitching coach at Oneonta in (2018-19) working under my high school coach, who is the head coach there and GM,” Moxley said. “So I was helping out both as the assistant GM and as his assistant coach, just recruiting players and obviously doing all the stuff on the field for games. I coached third base.

“He would always say he’s not there to build his resume, he’s there to help us, other assistants and players grow our resumes,” Moxley continued. “So he’d let me do anything I wanted to do, so it was really good to get all that experience.”

Moxley sees similarities between Oneonta and Watertown, both teams in the New York-Penn League in the past.

“I grew up going to Oneonta Yankees games when I was really little and then Oneonta Tigers games,” Moxley said. “I remember seeing Curtis Granderson, seeing a bunch of All-Stars eventually in major league baseball come through there.

“It’s definitely a baseball town, being right down the road from Cooperstown helps.”

Moxley is entering his third season as a coach with Clarkson, which opens this month, although the Liberty League hasn’t yet released its spring schedules.

With Moxley as pitching coach, the Golden Knights’ coaches were named as Liberty League Coaching Staff of the Year in 2019 for a season in which the team won 23 games, reaching the conference’s championship series. In 2020, Clarkson won three of nine games in a shortened schedule under veteran head coach Jim Kane.

“He’s just such a consistent voice in this program where over the last 20 years,” Moxley said of Kane. “He’s kind of built that up, he empowers upperclassmen to really take the reins of the program and that way it’s not him barking all day, younger guys get that expectation from the older guys and it kind of just feeds itself.”

Moxley replaces former Rapids manager John Rizzo, who didn’t get to manage a game for the team last year after the PGCBL canceled its season because of the pandemic.

“I kind of sought it out myself, just being up here at Clarkson, it’s close by and it kind of made sense,” Moxley said of the managerial job. “I had reached out a couple times myself and they posted it and got back to me, it just kind of worked out.”

Moxley says Rizzo put together much of this year’s Rapids roster before he took a coaching job at Cayuga Community College, creating a job opening in Watertown.

Those players include a pair of pitchers, St. Lawrence University pitcher and Ogdensburg Free Academy graduate Ethan Baldwin, as well as Ryan Peters, a Watertown High School grad who is now a freshman at Herkimer College.

Moxley is excited about the caliber of the PGCBL, which only continues to grow in both teams and stature.

Newcomers to the league this season will include teams from Auburn and Batavia which join the circuit after the break up of the NYPL after Major League Baseball’s restructuring of the minor-league system. A team from Niagara Falls, which was formerly in the NYPL, will also join the PGCBL this year.

“There’s a lot of talent obviously, teams like Amsterdam that put out seven or eight guys that get drafted the next year off their roster every year,” Moxley said. “So that’s who we’re competing with, so it’s a really talented league, I know it gets ranked in the top seven I think every year in terms of college summer leagues across the country.”

The Rapids haven’t finalized the entire coaching staff, but Moxley hopes that John Boland, a former teammate at Herkimer who has served as an athletic trainer in the Houston Astros’ farm system, including last year at the rookie ball level, will join the Watertown staff in some capacity.

“I think we only played there once with Oneonta just because we were on opposite sides,” Moxley said. “But in junior college I remember playing there every year, we played JCC, they had some really good teams.”

He recalls that the field has plenty of character and a good atmosphere.

The PGCBL has yet to release any schedule for this year and the season will likely begin in late May or early June.

“From what I’ve been told, the league has been working with the state kind of just hammering out what all the protocols are going to be, but I think they’re in a good spot and they’re planning it correctly,” Moxley said. “So we’re pretty confident that there’s going to be summer ball and hopefully with fans, maybe with limited fans, but it should be good.”