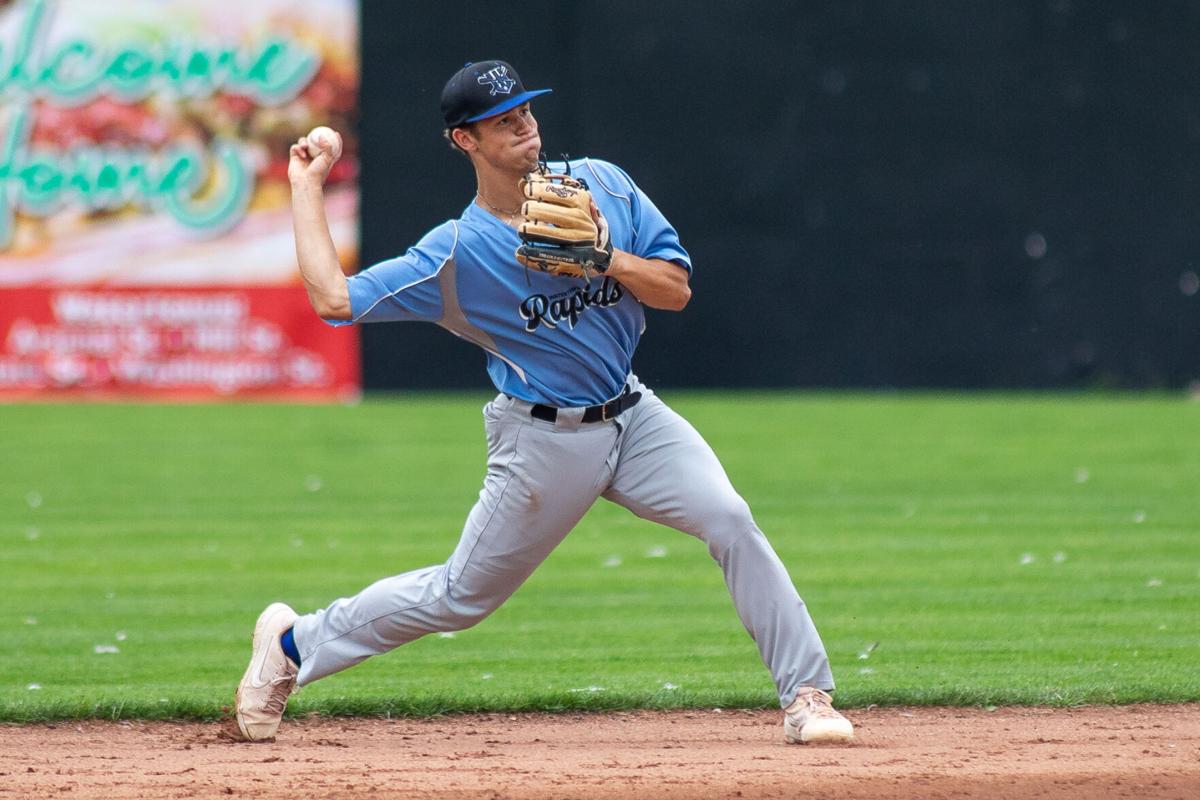 Watertown shortstop Dixon Black throws to first base for an out in Friday night’s game against Newark at the Alex T. Duffy Fairgrounds. Kara Dry/Watertown Daily Times 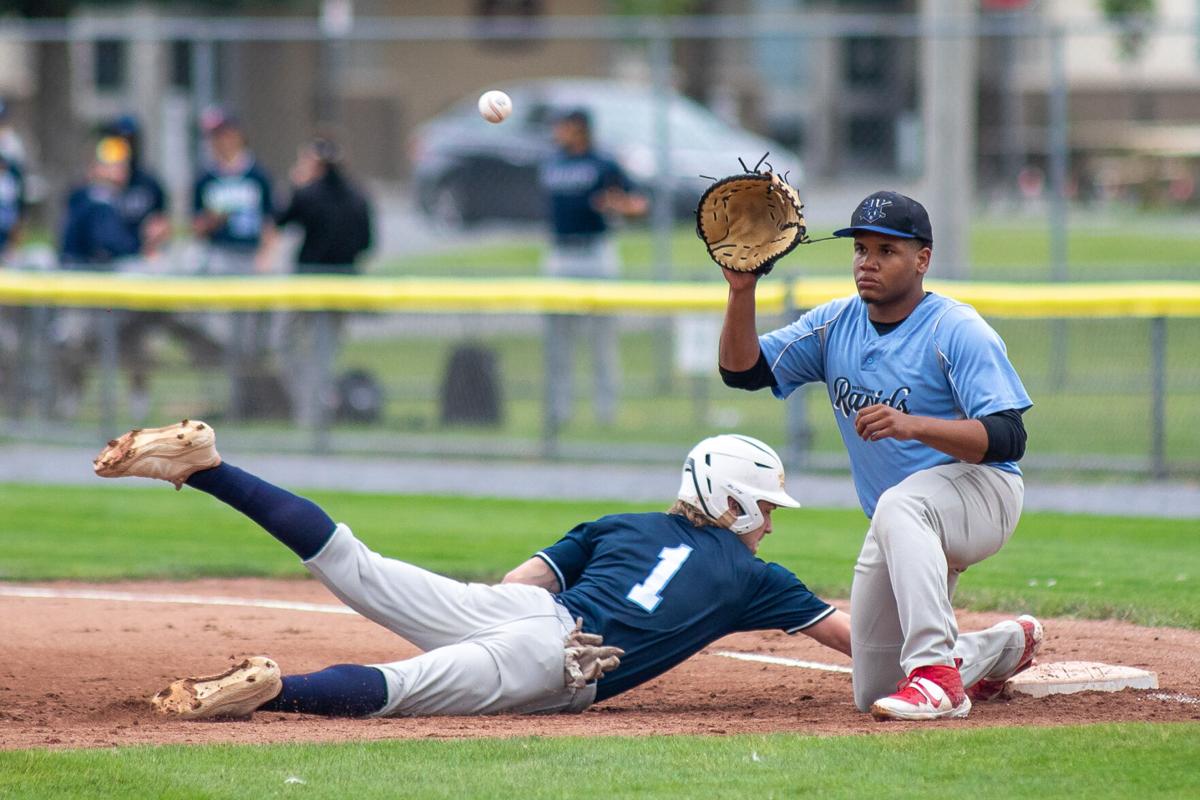 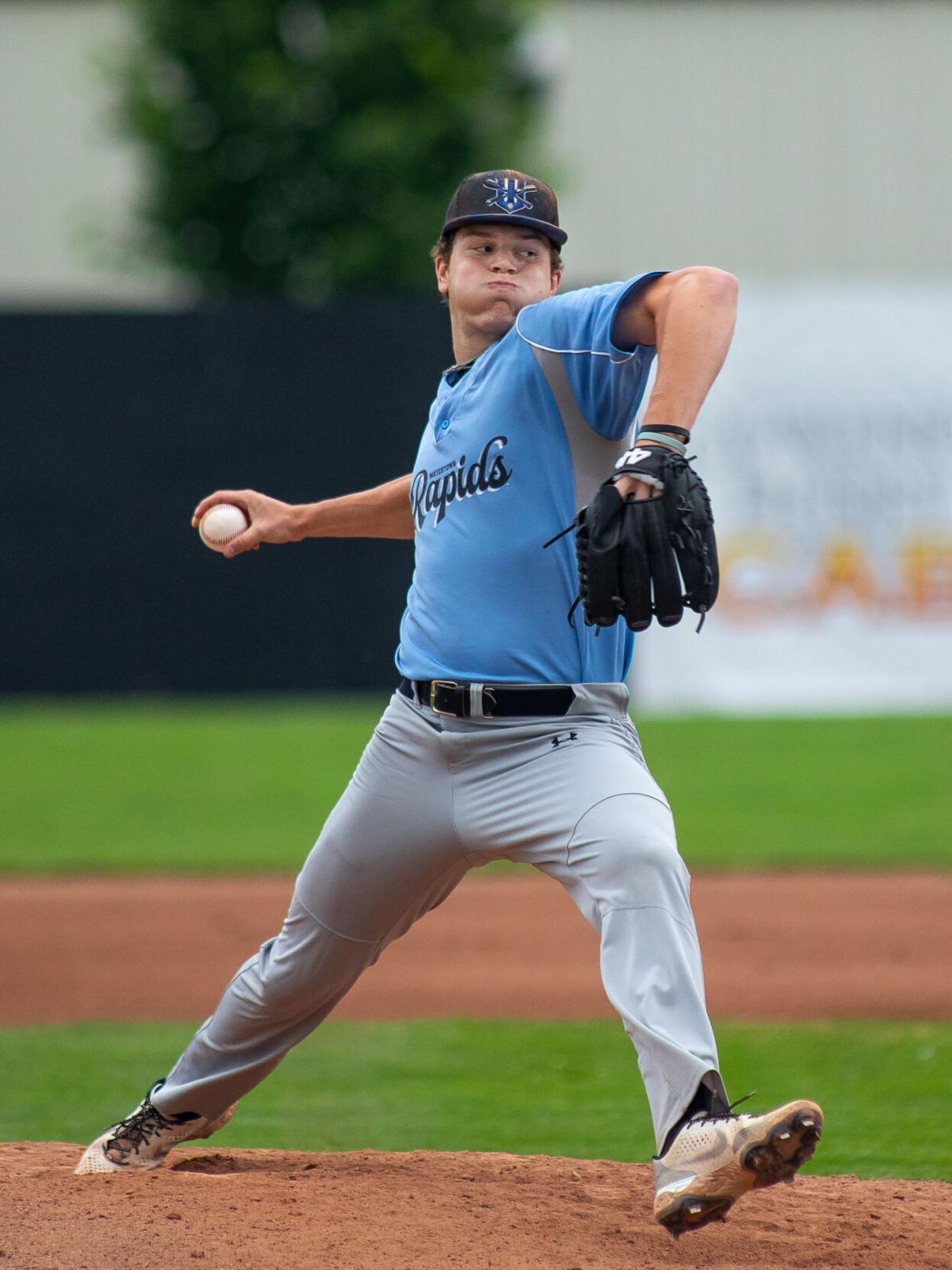 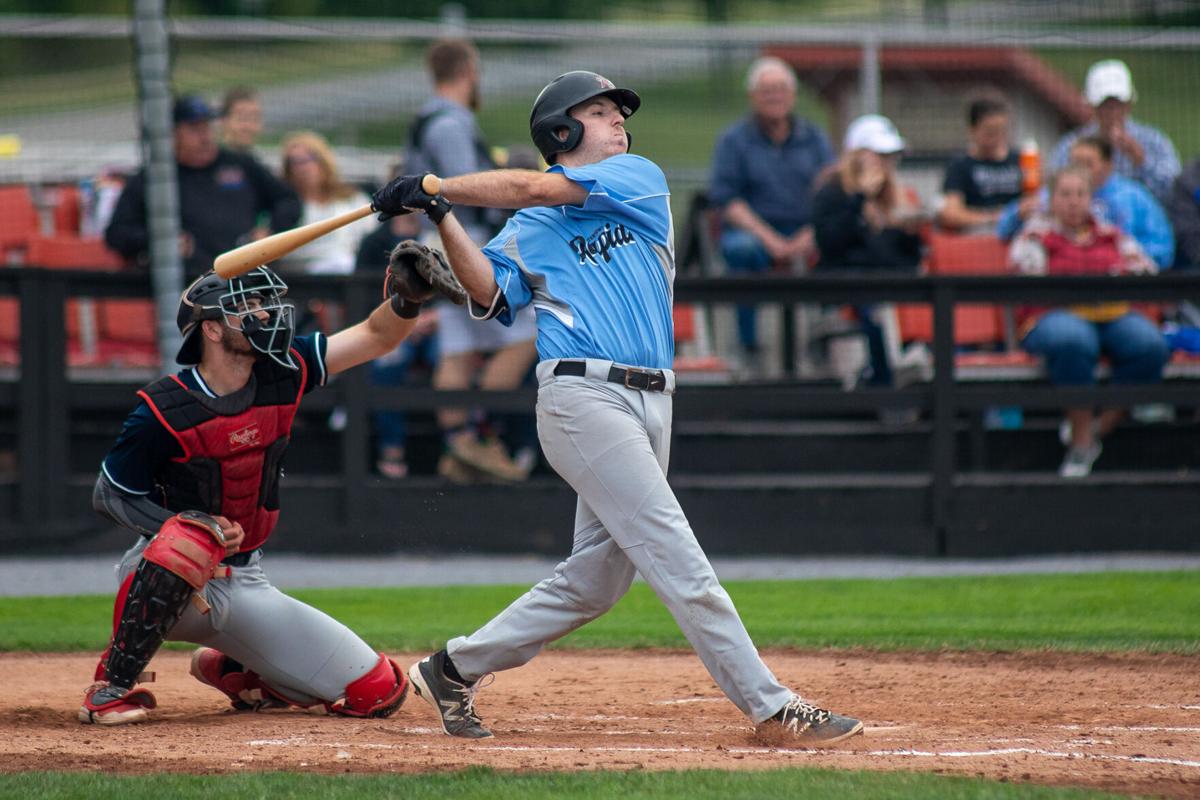 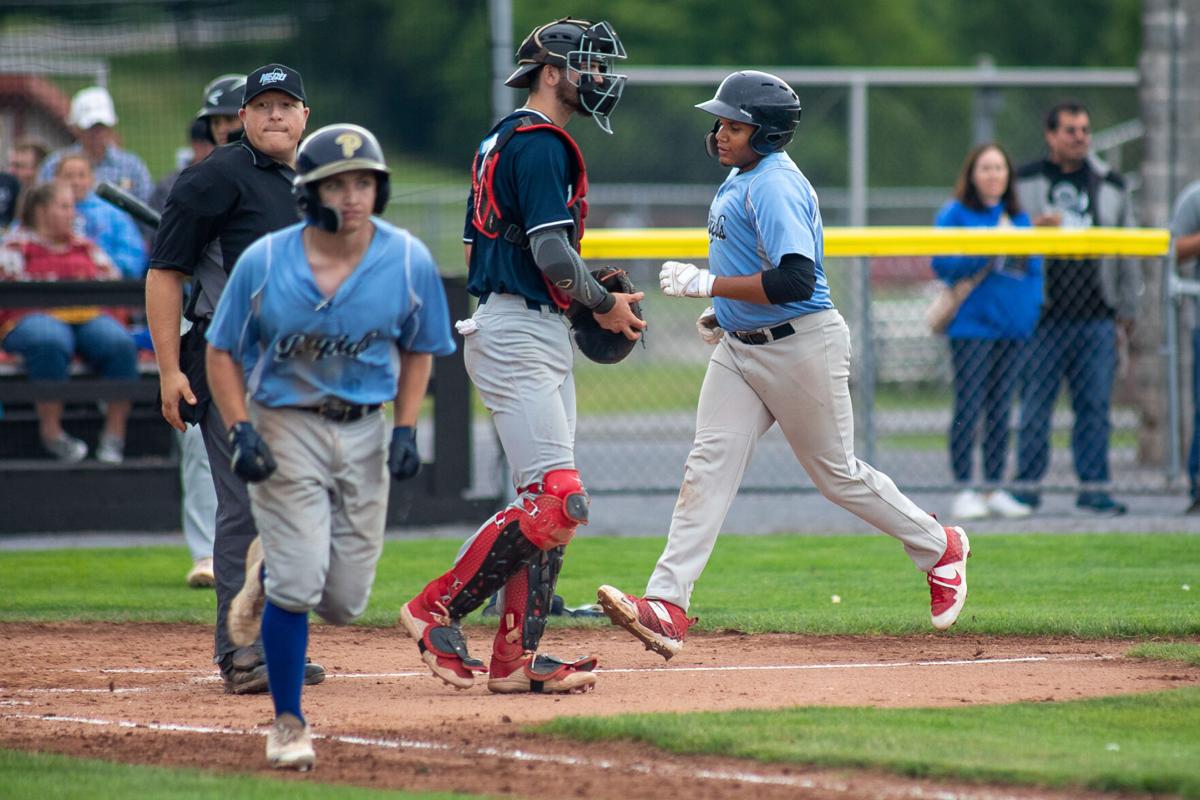 Watertown shortstop Dixon Black throws to first base for an out in Friday night’s game against Newark at the Alex T. Duffy Fairgrounds. Kara Dry/Watertown Daily Times

WATERTOWN — The Watertown Rapids displayed patience in more ways than one to get their first home win since June 21.

In the second game, the Rapids completed the sweep with a 12-0 triumph that was called after six innings. Dissin drove in four runs while Frank Wayman added three hits and two RBIs for the Rapids. Anthony Espinoza and Dylan Perry combined on a three-hit shutout.

In the opener, Hazel Martinez also plated a pair of runs as Watertown (11-20) ended a six-game home losing streak. Peters took a shutout bid into the seventh of the opener before Newark (10-18) hit back-to-back doubles to spoil that.

Jacob Corson and Kevin Higgins each hit RBI doubles in the seventh inning to break up the shutout for the Pilots. Michael Helton took the loss after going 1 2/3 innings, giving up four runs with three earned.

The Rapids pushed across 11 runs on only four hits after getting 14 walks and three hit batters between four Pilots pitchers to score the most runs at home since June 13’s 11-2 win over the Utica Blue Sox.

Watertown manager Ben Moxley said the team has been more selective at the plate.

“In recent games, we’ve been doing a better job at getting into better counts and getting more fastballs to hit,” Moxley said. “In this game, we got ball four instead of a fastball.”

Peters also displayed great patience by waiting out long half-innings where the Rapids sent at least eight batters to the plate in the first, third and sixth innings. The game was also delayed nearly 20 minutes after home plate umpire Paul Grenier injured his wrist on a foul ball by Pilots batter Marty Cole. Field umpire Don Terpstra moved behind the plate and a volunteer came out of the crowd to finish the game.

“I just put my arm in the pocket of my hoodie and squeezed a lacrosse ball to keep the blood flowing,” Peters said, referring to the long waits.

The complete game comes at the perfect time for a Rapids’ staff that faces another twin bill Sunday on the road at Auburn. Peters’ long outing comes with another long stretch of games looming and the team on the road next week due to the Jefferson County Fair.

“He (Peters) really stepped up tonight,” Moxley said. “We’ve got a game tonight and a doubleheader Sunday, so getting a complete game in with that stretch is huge.”

Watertown got on the board with three in the first, including an RBI single by Dissin. The catcher from the University of Richmond has pulled his average into the .270s after a slow start.

“After struggling at the beginning of the season, I kind of came out and tried to hit the ball as hard as I can.” Dissin said.

The Rapids tacked on three runs in the third without getting a hit thanks two walks, two hit batters, an error and a sacrifice fly. It was unconventional way to increase its lead, but Watertown was happy to take it.

“We got to get a bit creative when we’ve been losing a couple of games,” Dissin said.

Dissin and Martinez both got run-scoring singles in the sixth, where Watertown sent 10 men to the plate.

Newark then got a pair of runs after Corson and Higgins hit doubles, but Peters settled down and finished off the game with three straight outs. He got Jake Packer to break his bat and ground out to first. Peters broke three bats in his first win since opening night.

“It was my goal to get a complete game,” Peters said. “I’m just trying to not get too high on my highs and too low on my lows.”