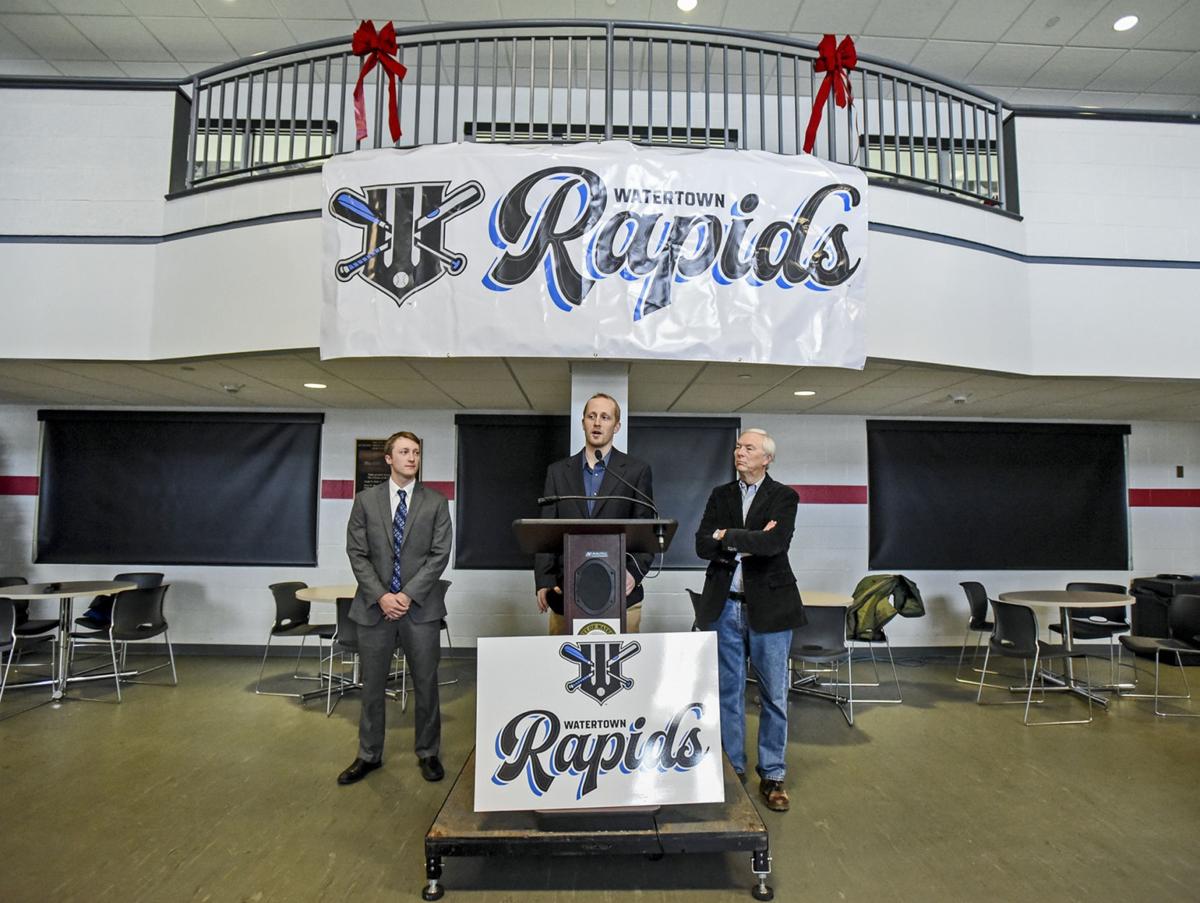 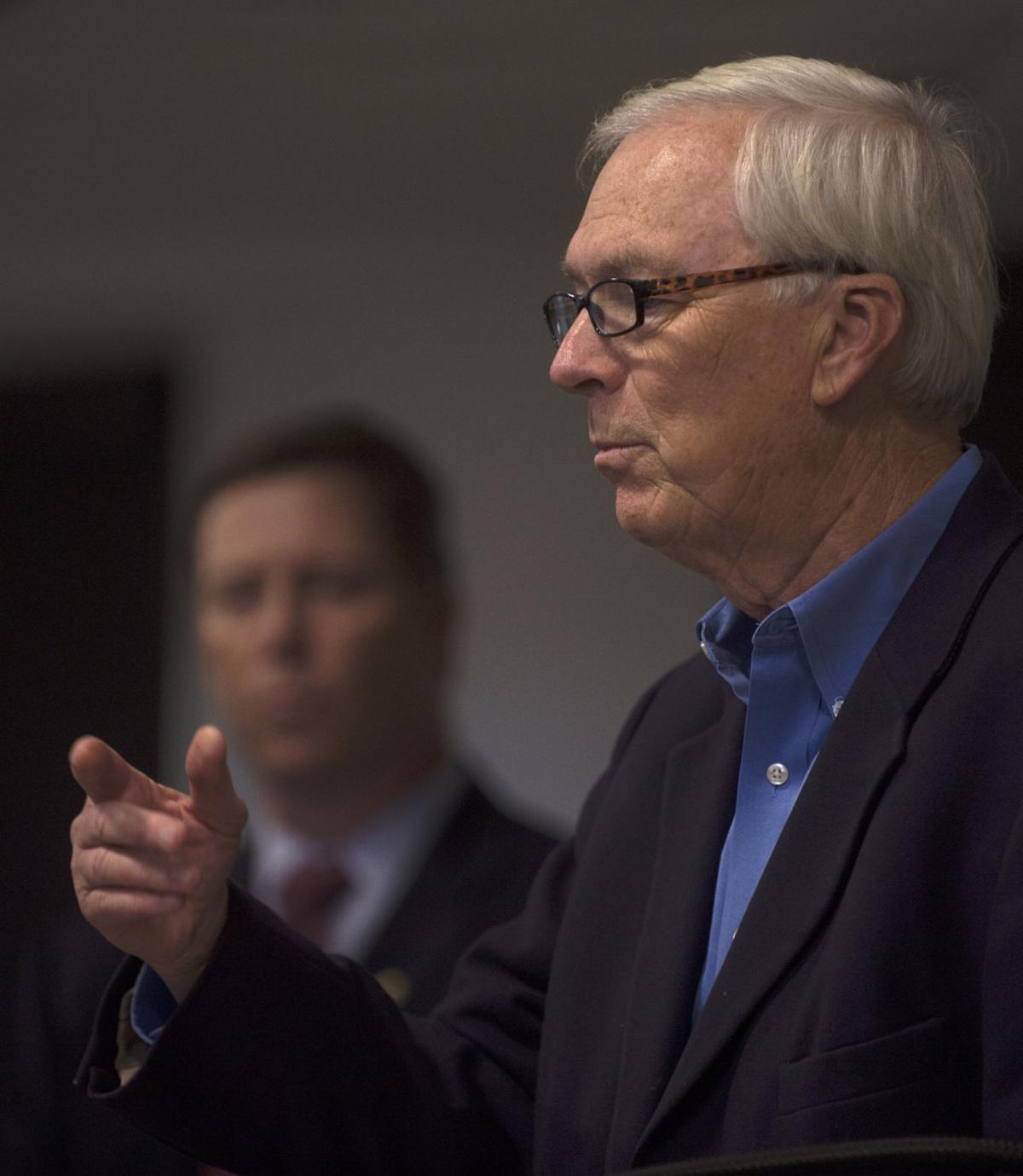 This summer was supposed to be the Watertown Rapids’ third season in the north country.

It would have been a pivotal year, based on a three-year plan for the baseball franchise, with the season opener scheduled for this Friday.

But instead the Rapids’ season was canceled when the Perfect Game Collegiate Baseball League called off its campaign on May 6 because of the coronavirus pandemic.

Thus there won’t be baseball at the Alex T. Duffy Fairgrounds this summer for the second time in the past four years.

“It’s disappointing, we were really looking forward to the season,” said Rapids co-owner Mike Schell. “We had built some good sponsorships in the community and we have a new manager in John Rizzo who is an assistant coach at Ithaca College and was doing a great job in recruiting, so we were very excited about it.

“But the safety and health of staff and players and the community is the most important thing. So we’ve got to bear with it for a year, there are a lot of people with a lot more daunting problems than we have.”

“It’s all about the safety,” fellow team owner Paul Velte said. “Business is business, but life is more important than that right now.”

After 2016 when the PGCBL awarded a franchise to Watertown, Schell and Velte chose not to field a team in the summer of 2017 as part of the franchise’s long-term plan. The team made it debut in 2018 and continued in the circuit last year.

“The first year was a learning experience for all of us and I think we did fairly well in learning and getting to know the business market, and especially Mike Schell knew that,” Velte said. “Getting them to understand and believe and trust in us. The second year, we felt we made some great strides, we were going in the right direction, we really improved on certain things. There were other areas where we needed to improve on.”

Although the north country will be without collegiate baseball this year, Schell, Velte and the Rapids’ front office are carrying on the best they can, trying to stay positive — and continuing to plan for the franchise’s future.

“The third year was what we had planned to be our year, to show our pride in what we were going to do to get everything up and going,” Velte said. “And we got off to a great start and we still believe that in the future, if everything works out well, then we’ll be able to jump back on the bandwagon and get things going in the right direction.”

Last year, attendance to Rapids games was down slightly from that of the franchise’s inaugural season of 2018. The team mostly drew between 100 to 200 fans a game, with their season-high draw of 800 coming on opening night on June 1.

“I was disappointed,” Velte said of the drop. “And one of the things that Mike and I did at the end of the season was we reached out to the community.”

Inclement weather also hurt attendance as four of the Rapids home games were never made up later in the season after they had been rained out.

“We were a little concerned about that, and it was driven largely by the weather,” Schell said. “But we wanted to know how we could improve in terms of being visible in the community. So we went around, we met with different groups, we talked with people in the media about that, we had like five or six community focus groups.”

By reaching out to the community, Rapids management discovered that they still had work to do to make the franchise more visible in the region.

“We learned something that was pretty startling to me and I’m sure to Mike, is that less people knew about us” Velte said. “... For some reason, we’re just not doing it right as far as the promotion of people hearing of what we are and what’s available to them. So by talking to these groups, we learned an awful lot about that. We’re in the process of restructuring our social media and reevaluating as far as local TV, radio stations and newsprint to help us to do that.”

This has included seeking potential fans and customers from not only the greater Watertown area, but across the north country.

“We found out that a high percentage from our guests at the stadium are not from Watertown,” Velte said. “Like Carthage, Thousands Islands, Sackets Harbor and Chaumont. And we’re trying to develop community nights for those locations, which is what we did in Williamsport (Pa.), every Sunday was a community night, and they became our most successful nights. So we’re not looking at just Watertown, but the entire area, to come out and watch the team and make it an enjoyable night for those groups as well.”

“We had ideas of what we were going to do with the kids,” Velte said. “We also spent a lot of time in reintroducing ourselves to the Little Leagues, but more important I learned something in the last two years there.”

The Rapids might venture into promotional dates involving other youth sports in the area.

“So I’m standing in the ballpark and I look out on that field beyond and I see six or seven or eight soccer games going on at the same time,” Velte said. “So we’re going to be reaching out to those organizations as well, as well as the churches and places like that, and build on that for the future.”

Schell and Velte have much previous experience in running baseball franchises, particularly at the minor-league level.

Velte owned the Geneva Cubs of the New York-Penn League for many years and remained as owner when the franchise relocated to Williamsport, Pa., in 1994 and became the Crosscutters, a Class A short-season affiliate of the Philadelphia Phillies.

“Williamsport is pretty comparable as far as size to Watertown, it might be a little bit bigger, but not an awful lot,” Velte said. “And when we first went there 20 years ago, to be honest with you we were told we wouldn’t be successful because it was a Double-A team and they were going to a short-season A team and nobody would support them.”

Schell, of course, owned the Watertown Indians of the New York-Penn League, the former Class A affiliate of the Cleveland Indians in the late 1980s and early 1990s.

“We truly believe that people are interested in baseball,” Velte said. “One of the things we still have to understand is even at this level, the collegiate-league level, just like the minor leagues, it’s not so much about the baseball, it’s about the entertainment.

“And the entertainment can be just being in a group on group night in our all-you-can eat section or if we have a private section, which is a little more upscale, and you’re bringing your groups out there. Because a lot of people just like to get together and have a good time.”

Along with hiring a new field manager, the Rapids also hired a new general manager in Nick Czerow, who will remain as the team’s GM for next season.

“His background, he’s from New York State originally and his family lives in Oswego,” Velte said. “He’s been in North Carolina working for a hockey team there for I believe four years. So again, minor-league hockey is like the same thing, it’s all about entertainment. So some of the things they did down there he was getting ready to put into place.”

The Rapids’ management will begin to implement their strategy for next season in the fall.

“I think we are going in the right direction,” Velte said. “We had some great contacts with people, we had some great conversations, the ideas we floated out to them were well-received. But then of course when this thing happened, it just shut everything down.

“But we just continued through the last couple weeks, just kind of introducing our staff, our new staff to the community and getting back to our sponsors that we’ve had over the last two years. And the response has been very strong, we’re really pleasantly surprised about that.”

Despite the canceled season, both Schell and Velte believe the PGCBL remains a strong league.

“The league is getting better,” Velte said. “The one thing we have to look out for is the expense of the travel, that’s probably one of the major expenses in this league. And redeveloping our division so it’s equitable for the teams and yet has a large enough number of teams to make it successful.”

The league would have fielded 13 teams this season, stretching from Saugerties in the east to Watertown in the north, to Jamestown in the west.

“I think in the future, you’re probably going to see three to five collegiate leagues that are going to be the strongest in the country,” Velte said. “Our goal would be to be one of those leagues. We have a tremendous president, we’re very, very fortunate to get Bob Julian as president, he was president of the NY-P league for many years, he served on many committees, not only in minor-league baseball, but major-league baseball.”

With minor-league baseball in jeopardy this summer because of the pandemic, there won’t be many, if any opportunities to attend games this season in the region as well as across the state.

This includes Major League Baseball, which is still trying to work out a plan to return for a season this summer.

“It’s not looking good, is it?” Schell said.

“I think it’s not only the money issue with players, which I’m not saying is right or wrong,” Velte said. “But there’s still an underlining issue that they don’t really talk an awful lot about, that the players, a lot of them are still very concerned of playing because of the virus. So there’s some things they have to overcome besides money.”

But Schell is already looking forward to next year when the Rapids return to the diamond.

“This country is going through a lot right now,” Schell said. “And I think that baseball, whether it be the major-league level or collegiate level in Watertown, is going to have to opportunity to help the country heal. And you’ve seen how baseball has been a natural for that in the past, kind of with it’s tradition and bringing things back to normalcy. Like if you remember after 9/11, baseball created some unity for the country, like after the Boston Marathon bombing, as well.

“ ... And just a collegiate team like ours I think will allow people to come together again once we’re through this pandemic — and I think people will want to take advantage of that when the time comes.”