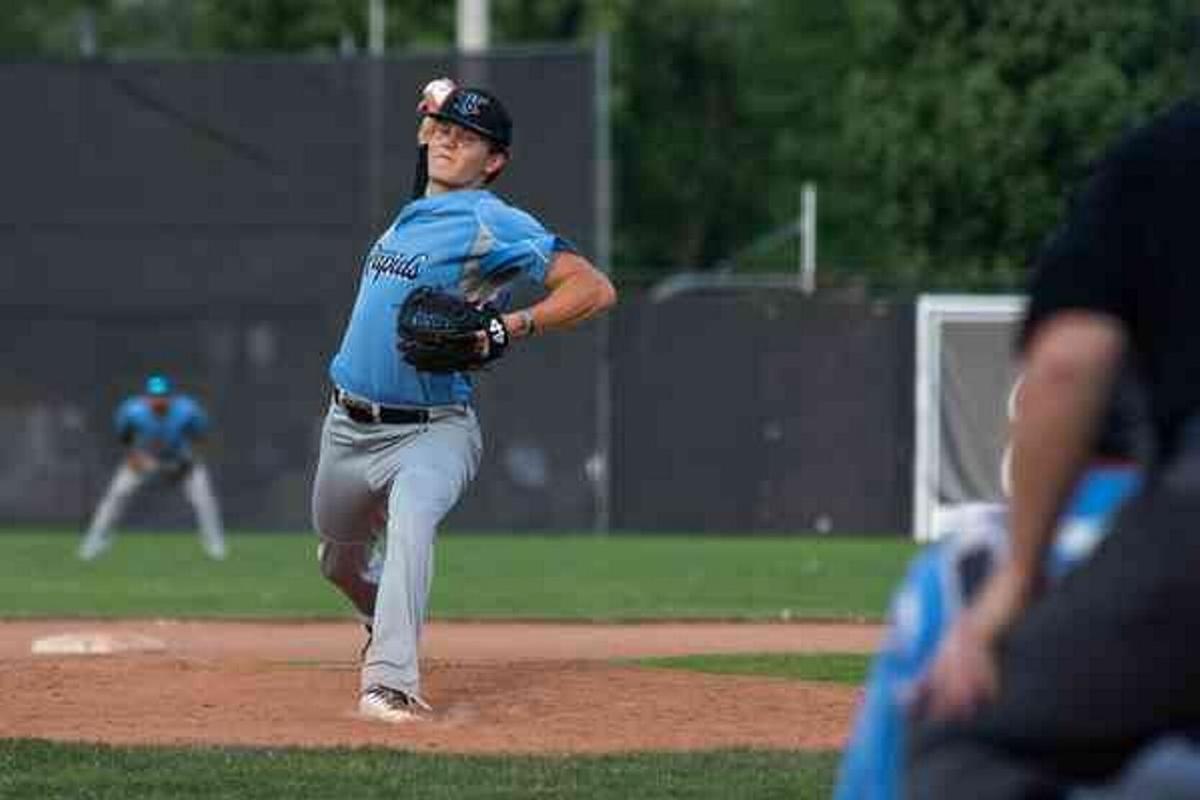 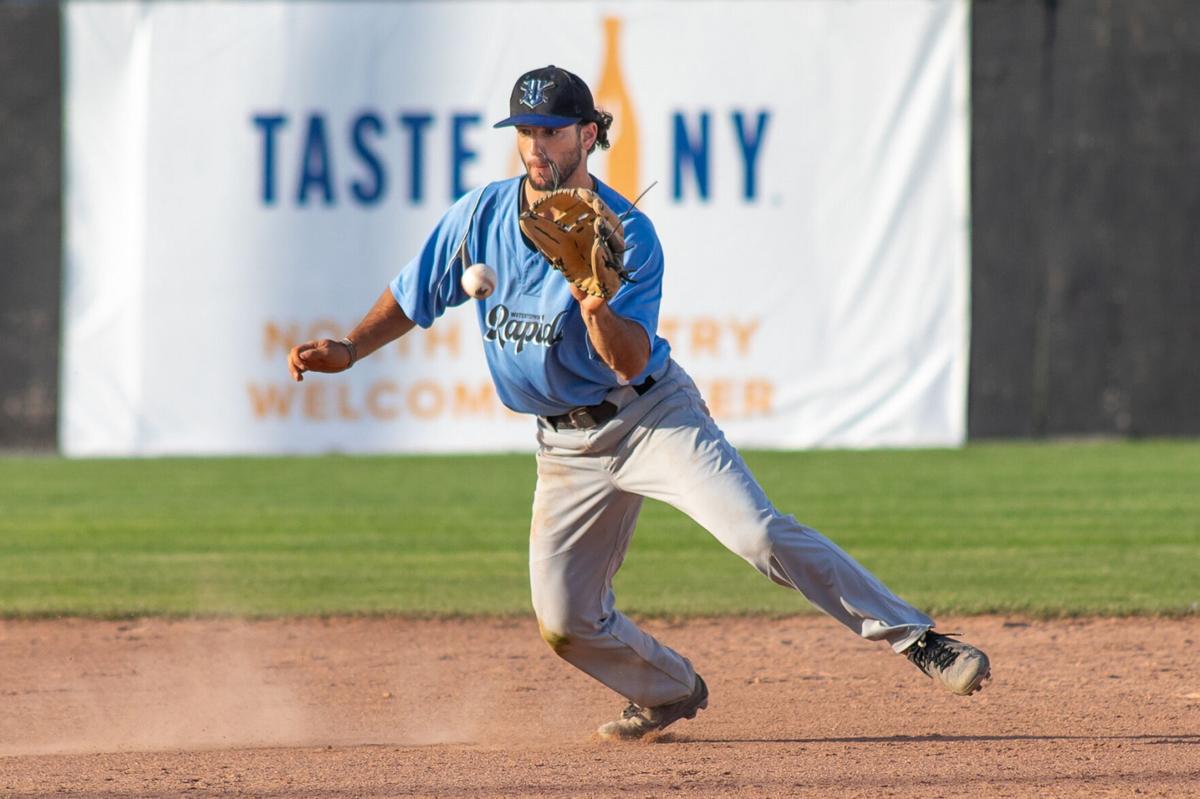 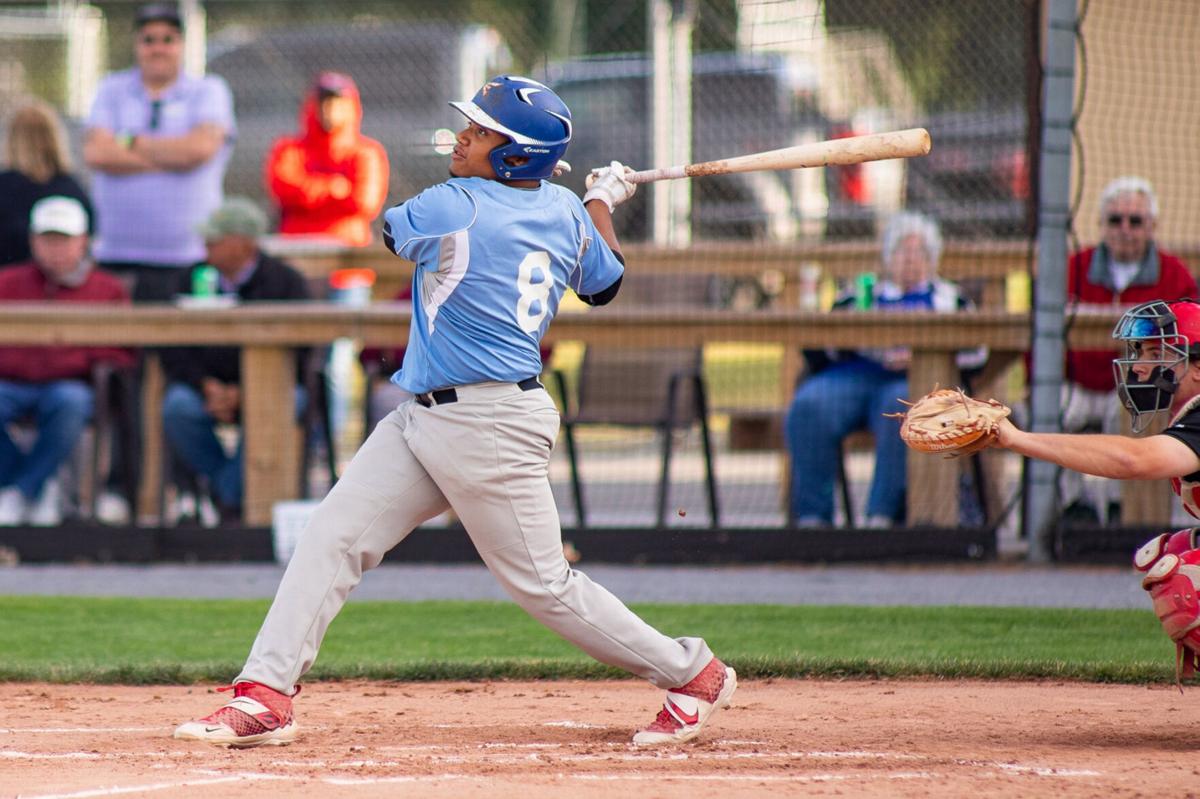 Hazel Martinez of the Watertown Rapids connects at the plate during a June 17 game against Mohawk Valley at the Alex T. Duffy Fairgrounds. Kara Dry/Watertown Daily Times

Hazel Martinez of the Watertown Rapids connects at the plate during a June 17 game against Mohawk Valley at the Alex T. Duffy Fairgrounds. Kara Dry/Watertown Daily Times

WATERTOWN — Although the Watertown Rapids may have experienced a disappointing season, there is a silver lining to the summer, according to team management.

Off the field, the Rapids front office has learned valuable lessons and already has a strategy moving forward toward next season.

Yet, it’s difficult to mask a frustrating season on the field, as the team finished in last place in the Perfect Game Collegiate Baseball League’s Central Division. The Rapids finished their campaign at 13-30, including losing their last six games of their summer season.

“Although it was a challenging season record-wise, I’m proud of the guys that played with us throughout the season,” Rapids coach Ben Moxley said. “They worked hard and will go back to their schools better than they came. I can guarantee there will be at least one player from this team in professional baseball at some point.”

The most challenging part of Watertown’s season was the quality of its pitching throughout the year.

“It gets to a point where you have to stop worrying about the results and focus on the guys that are in the locker room and what is best for their future,” Moxley said. “It’s not fun when you aren’t winning but we can’t lose track of why these players are here. Which is to go back to school a better player than they came.

“Pitching injuries put us in a tough spot, but the guys did a good job of continuing to work and get better.”

The Rapids started strong by winning five of their first nine games, capped by a 5-4 home victory over Geneva in 10 innings on June 18. Watertown then hit the skids for much of the rest of the summer, including losing nine consecutive games at one point.

“It definitely was a grind,” Rapids general manager Nick Czerow said. “I really hope next year we can have a little more on-field success.”

After going 5-4, the Rapids lost their next four games, then won two in a row against Mohawk Valley to pull to within one game of .500 at 7-8. But then came the lengthy losing streak, which Watertown finally halted with a 9-2 home win against Auburn on July 4.

However, Watertown would continue to struggle, winning only five games the rest of the way.

“I thought we did OK, we survived,” Czerow said. “We got off to a really hot start, but the middle of our schedule was so brutal. The way our schedule was, was we had three-to-four weeks without a single day off and that’s not how it ended up, with rainouts and stuff.”

All in all, the continued pursuit of pitching depth is what hurt the team most.

“I’d say to sign more pitchers so you’re covered in case of injury would be my number one takeaway,” Moxley said.

Case in point, after winning the first game of a doubleheader on July 11 on a Sunday afternoon at Auburn, the Rapids were forced to forfeit the second game because they were short on available pitchers.

“I know after talking with our coaches, that we definitely needed more pitching right off the bat,” Czerow said. “We didn’t have enough guys to really get the job done. Because once people start getting tired or whatever sort of comes up, you start losing pitchers and you need them to play.”

All of the league’s franchises were coming off a year in which the PGCBL season was canceled because of concerns about the coronavirus pandemic.

“It’s doable to make a good profit here,” Czerow said. “Watertown is a decent-sized community, especially with the outlying towns and one thing we found is those towns are really well-connected to each other.”

Rapids team management has been encouraged by several trends, including a positive showing on the attendance front.

Watertown drew a total attendance of 5,668 in 18 home games in the league this year, averaging an “encouraging” 315 fans per games.

“It was a step up from 2019, it was definitely a visual step up from what our previous attendance was,” Czerow said.

The team lost five games to rainouts, all at home, including what would have been its season finale against Utica last Thursday night.

Yet even after it rained heavily in the afternoon, the Rapids drew a season-high 1,272 fans on that night before the game was canceled in the early evening because of playing conditions.

This proved to be fitting since their top draw of the season ended up as another rainout at home.

In fact, the team finished strong attendance wise as it drew some of its best crowds over the final week of its season, including 523 on July 23, which was Carthage community night, and 442 last Monday night.

“I would say our total attendance number is probably 20 percent of where we think it can be and where we want it to be,” Czerow said. “I think we have the opportunity with this year ahead of us to do 600 people a game at least on average and then our big games over 1,000, obviously what we want to try for like six games out of the year.

The Rapids also drew a crowd of 427 on June 24 — one of its best turnouts of the first month of the season — which was its Lyme community night, a kind of event the team would like to hold again next summer.

“We have a lot of things we’re going to talk about, our ownership group will meet and talk about a lot of entertainment,” Czerow said. “It’s really more entertainment for the fans than it even is baseball. That seems to be the trend in this sport and we’re definitely riding that roller coaster.”

“We’re definitely going to follow their careers, we have a lot of guys that are transferring to more competitive schools than where they are right now and I think we have a couple guys that have the opportunity to be drafted and be really good prospects.”

The summer also represented the first as a collegiate league head coach for Moxley, an Oneonta native, who is also an assistant coach at Clarkson.

“I’m also proud of the work we were able to do in the community,” Moxley said. “We established a good relationship with the fans that will have great carryover into the future. I can’t thank the front office and ownership enough for their hard work and helpfulness this season. This franchise has a bright future ahead!”

Czerow envisions much potential for the Rapids to grow as a franchise in the Watertown area market, a vision that is shared by Mike Schell and Paul Velte, the team’s primary co-owners.

“We do want to bring fireworks back, a part of the reason we didn’t have any is we need them to be sponsored,” said Czerow, who also said the team might offer season-ticket packages for next season. “So finding the right partner that wants to jump on board, that would really help us out. That’s something that’s a necessity as a baseball team that you need to offer to your fans.”

Czerow says he has other entertainment ideas, such as the team hosting a concert series with “more live music in the ballpark ... as well as having postgame catches, maybe after games, any one in community can come out with their families and take part in this.”