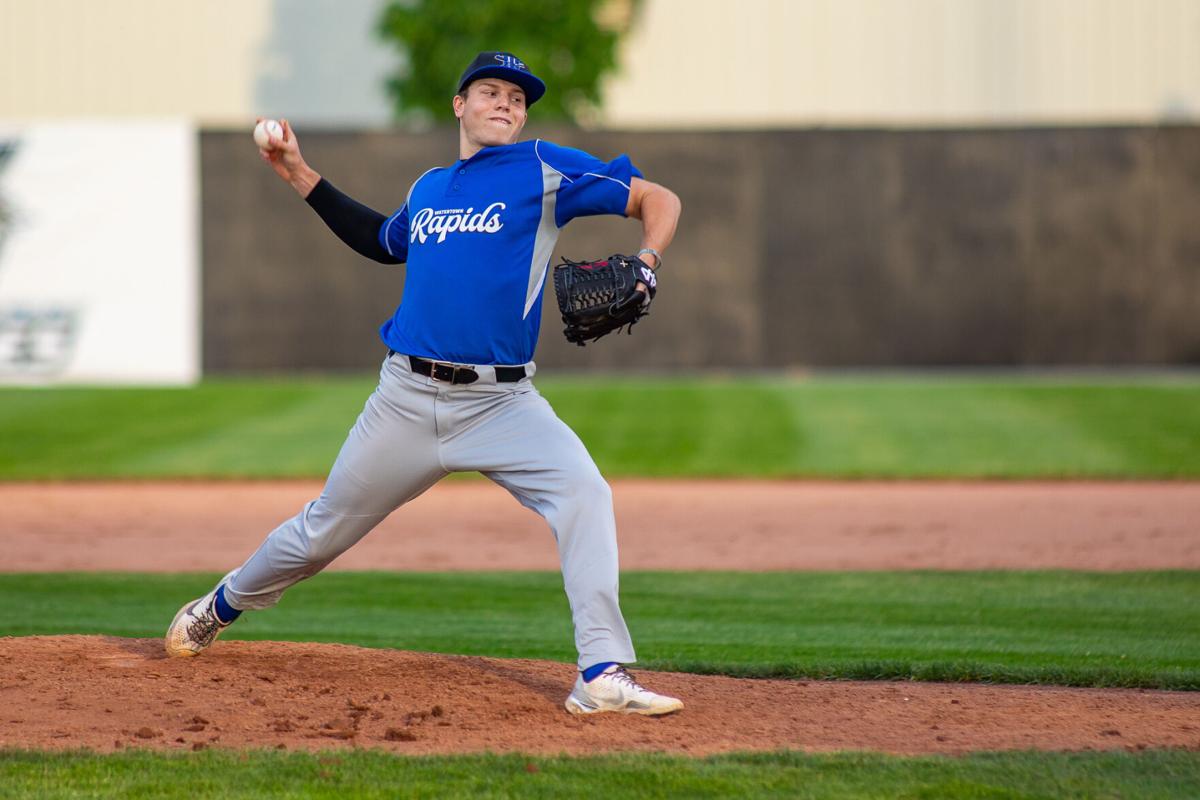 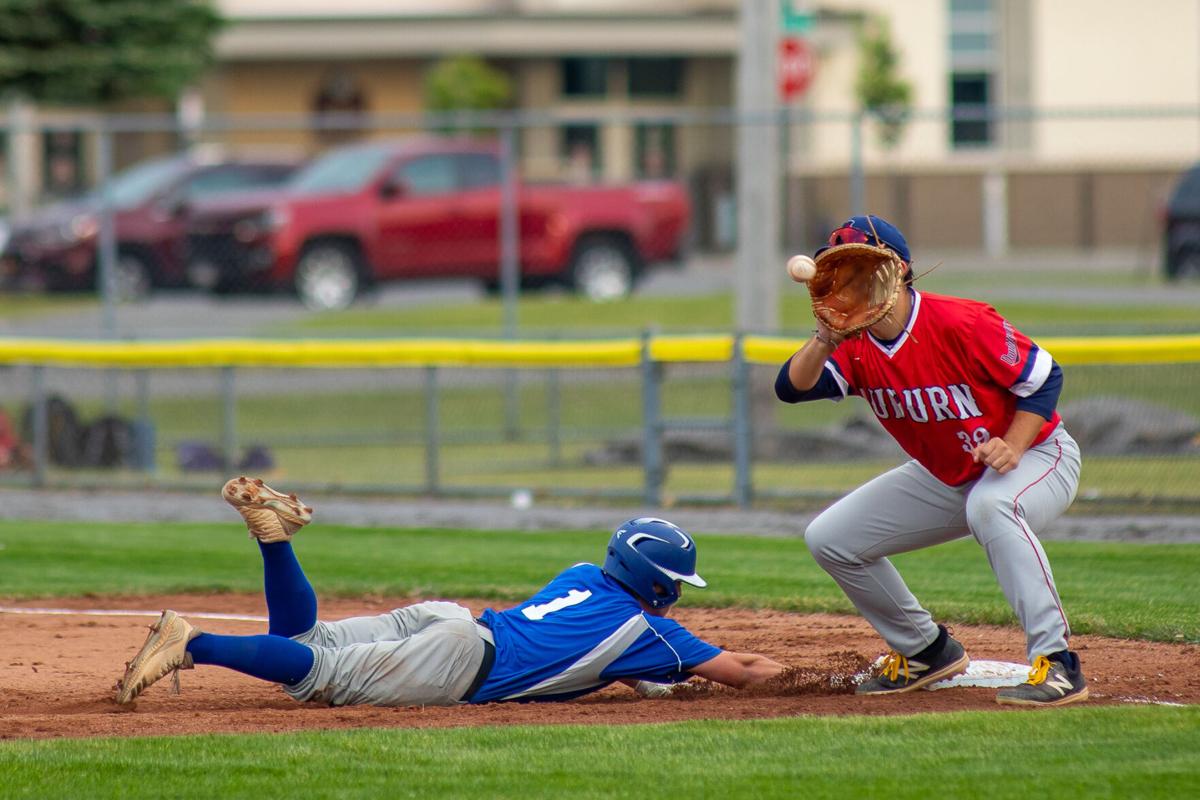 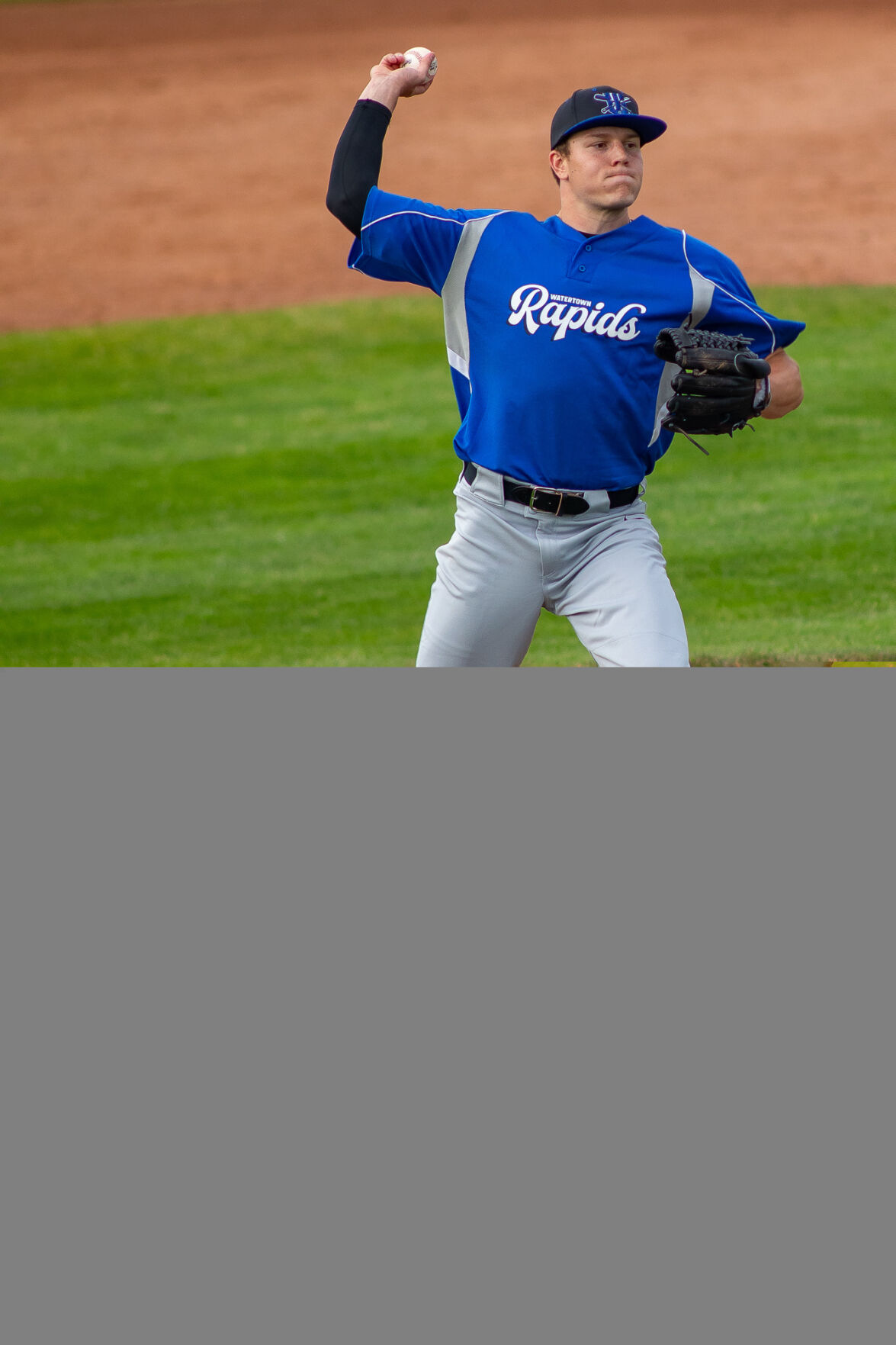 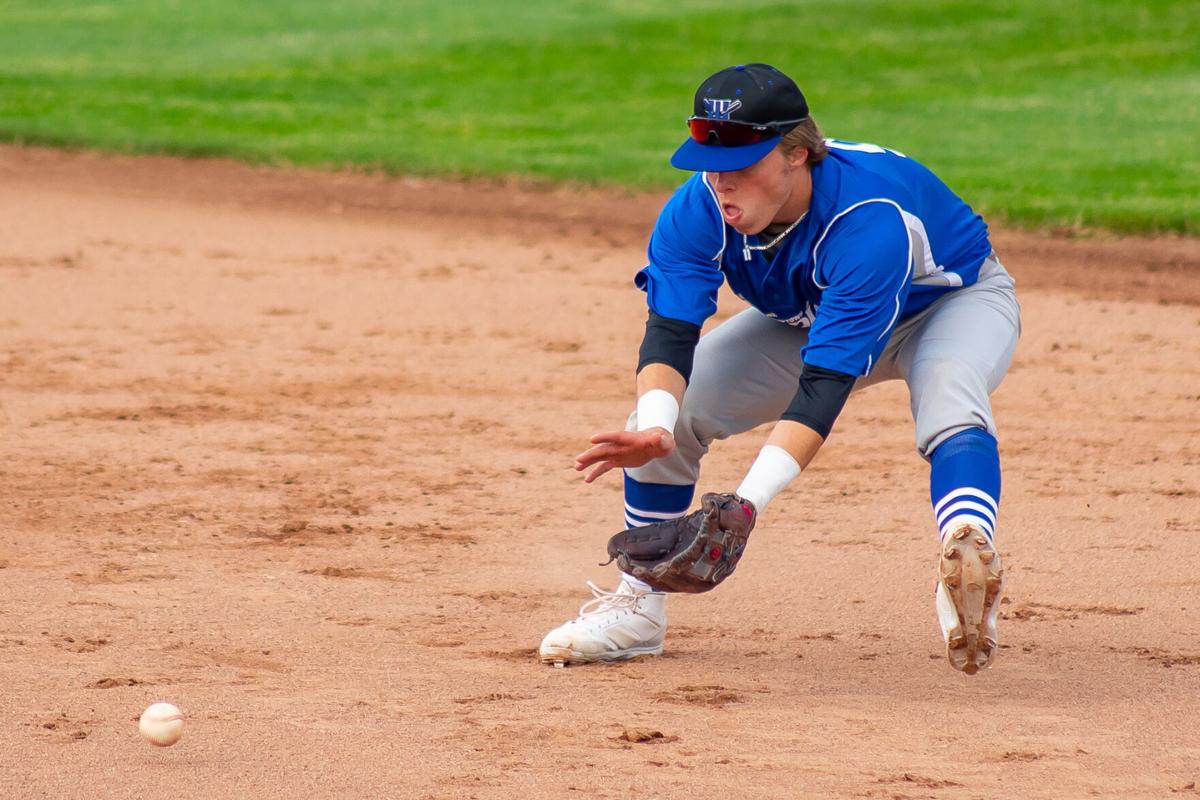 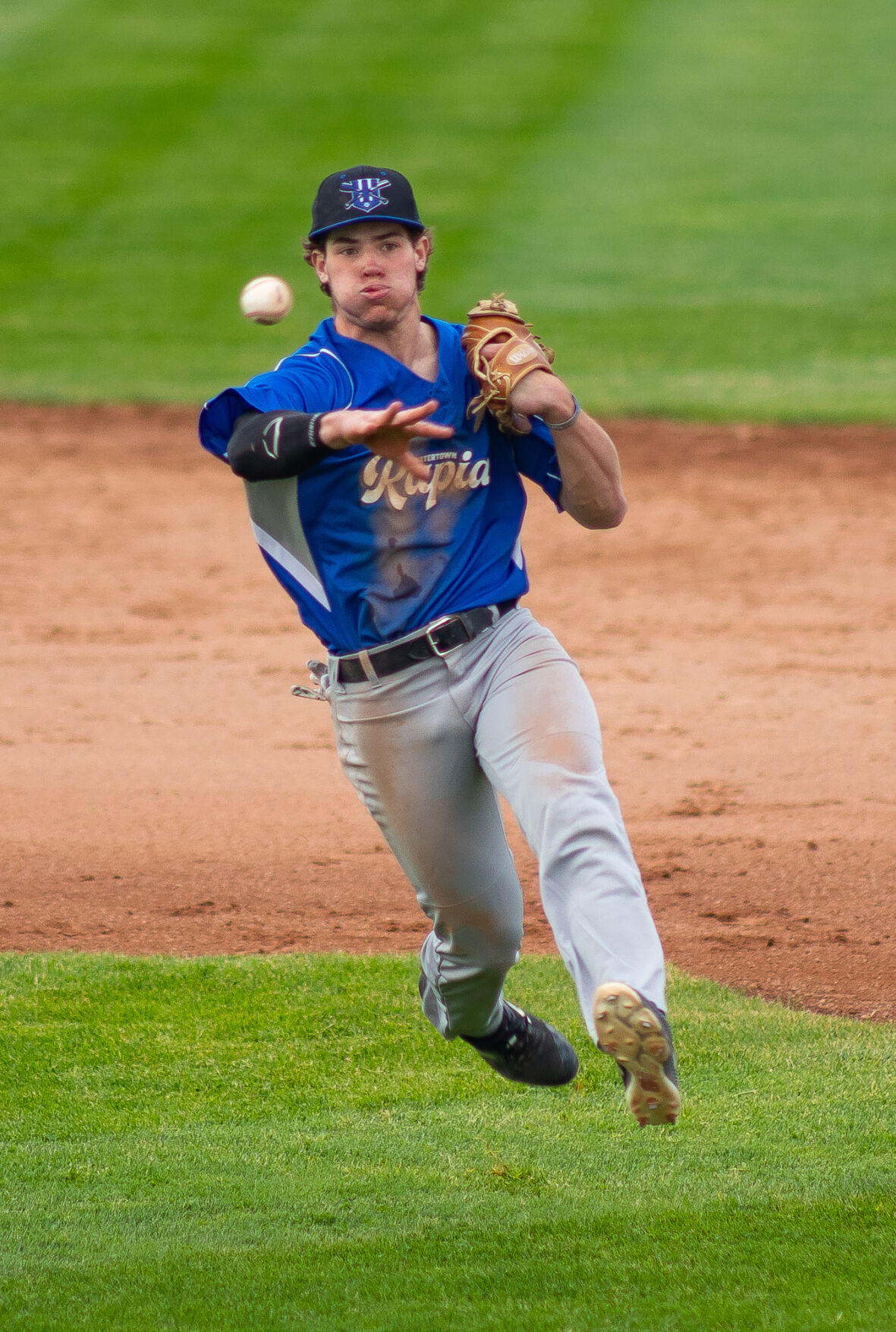 The Watertown Rapids’ Anthony Santa Maria throws for an out from shortstop to first base Thursday. Kara Dry/Watertown Daily Times 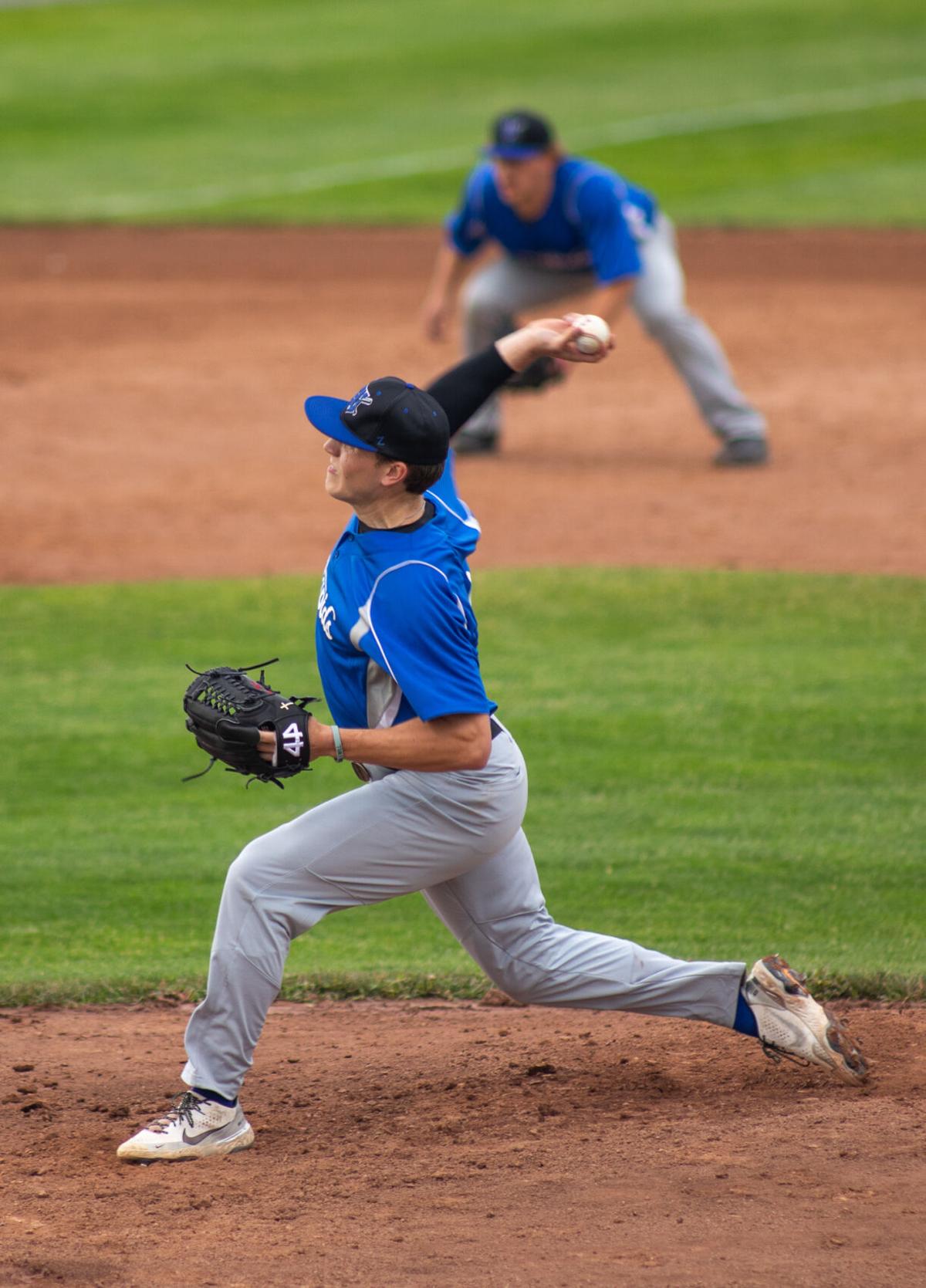 The Watertown Rapids’ Anthony Santa Maria throws for an out from shortstop to first base Thursday. Kara Dry/Watertown Daily Times

WATERTOWN — Ryan Peters couldn’t have asked for a better start from his new Watertown Rapids teammates as well as from himself.

Making his first start with his hometown team in the Rapids’ season opener, Peters didn’t disappoint by generating a gem on the mound.

Peters tossed seven shutout innings and was backed by plenty of offense as Watertown rolled to a 13-1 triumph over the Auburn Doubledays on Thursday night in a Perfect Game Collegiate Baseball League game before a crowd of 451 at the Alex T. Duffy Fairgrounds.

“I stepped on that mound and it just brought back tons of memories and it just felt really nice to throw here,” Peters said. “I was having a lot of fun tonight.”

A Watertown High School graduate, Peters was dominant as he scattered five hits, struck out four and did not walk a batter.

Peters was backed by a 13-hit attack by the Rapids, led by shortstop Tony Santa Maria, who went 3-for-4 and drove in three runs.

“You can only say so much, we had 13 hits and we scored 13 runs,” first-year Rapids coach Ben Moxley said. “We didn’t make any errors, Ryan went out and just filled up the zone, I don’t think he had any walks. We did everything well, you can’t ask for a better first game.”

Peters was efficient, needing only 69 pitches, including throwing 50 of them for strikes, to traverse the seven innings.

“Definitely my two-seam fastball,” Peters said of his most effective pitch, as at one point, he retired eight consecutive batters.

“Wood bats don’t have that big of a sweet spot and throwing a two-seam, it will break in the hands and cause a lot of groundouts,” Peters added.

After allowing a leadoff single to open the game, Peters then recorded three outs on his next three pitches, all on groundouts.

“Our defense played great tonight, I couldn’t have done it without them,” said Peters, who is coming off his freshman season at Herkimer County Community College.

“They were making those routine plays they needed to make and I loved it, I needed it.”

“He was ready to go right from the start,” Moxley said of Peters. “I think in the first inning he threw to four batters, they all swung at the first pitch and he got four straight ground balls. He was just ready to go and the nerves of pitching in front of his hometown crowd weren’t too much for him and it’s good to see.”

Also for the Rapids, Dylan Broderick and Aaron Whitley each tripled and singled, with Broderick reaching base in all five trips to plate and scoring three runs. Dylan Perry doubled twice.

“It feels really nice, it was a great atmosphere tonight,” said Santa Maria, who attends Iona College. “All the fans came out to support us. To get it done this way, like 13-1, it’s a great group effort tonight honestly, and with this team chemistry, it’s a great way to start the season.”

The Rapids led 6-0 in the fourth inning as Brenden Williams doubled and scored on a passed ball before erupting for five more runs in the sixth — all with two outs.

After Whitley tripled in a run, Hazel Martinez followed with a two-run single, and Lowville’s Brett Myers doubled in two runs. After Broderick’s RBI triple, Santa Maria capped the outburst with an RBI sacrifice fly for a 13-0 advantage.

“I saw the ball well, I was just trying to go out and do my thing,” Santa Maria said. “Jump in on first-pitch fastballs, looking for my pitch and I just accomplished what I wanted to go out there and do.”

Anthony Espinoza relieved Peters in the eighth inning, allowing an RBI double by Sam Delcollo, before pitching a scoreless ninth to finish off the victory.

The game was also the first played by both teams in two years after the PGCBL season in 2020 was canceled because of the coronavirus pandemic.

“We’re very pumped, we have a great lineup,” Santa Maria said. “We have kids from all over, they all know the game very well and they all can hit. So I’m very excited to see where this is going to go.”

n NOTES: Watertown Mayor Jeffrey M. Smith threw out the ceremonial first pitch. ... After an off day today, Watertown will host the Syracuse Salt Cats in an exhibition game at 6:30 p.m. Saturday before playing at Auburn at 6 p.m. Sunday. After three games on the road, the Rapids will host Auburn at 6:30 p.m. Wednesday.