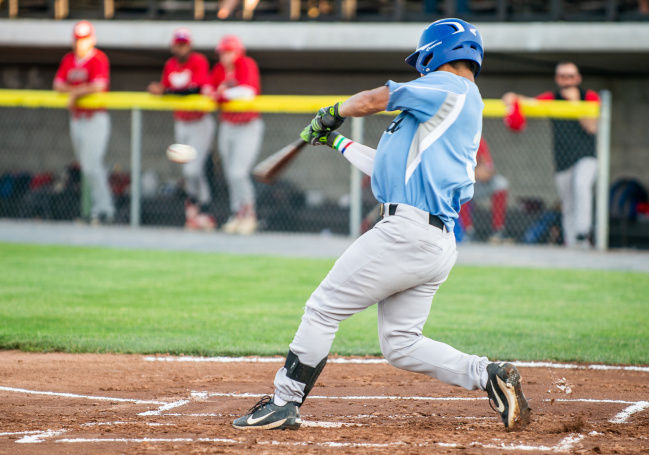 DAYTONA NILES/WATERTOWN DAILY TIMESThe Watertown Rapids’ Emil Matti connects with the ball during his first-inning at-bat against the Geneva Red Wings on Saturday at the Alex T. Duffy Fairgrounds. 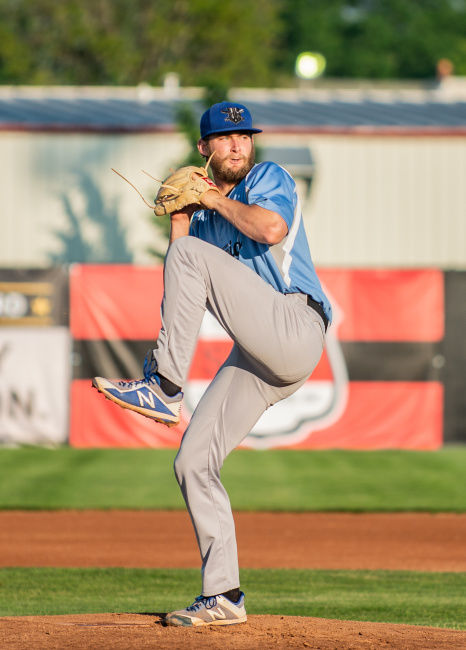 DAYTONA NILES/WATERTOWN DAILY TIMESThe Watertown Rapids’ Emil Matti connects with the ball during his first-inning at-bat against the Geneva Red Wings on Saturday at the Alex T. Duffy Fairgrounds.

WATERTOWN — Under a heavy rainstorm with swirling winds, the Watertown Rapids were one out away from winning an official game on Saturday night, but Mother Nature had other plans.

The Rapids’ game with the Geneva Red Wings Saturday night was suspended because of rain in the top of the fifth inning with the Rapids leading 8-2 at the Alex T. Duffy Fairgrounds.

The game was halted with two outs in the inning as the Rapids came up one out short of recording a win.

Watertown team general manager Brandon Noble hopes the game will be resumed the next time Geneva comes to town.

The Red Wings next play the Rapids in Watertown next Saturday.

On this night, Watertown scored four runs in the second innings, three more in the third and a single run in the fourth to build an 8-1 lead.

Geneva scored a run in the top of the fifth inning and had two runners on base with two outs when the game was called during a torrential downpour.

Earlier, the game was delayed for 24 minutes during a lightning delay, with dark clouds swirling around the ballpark.

It didn’t rain during the delay and the rains didn’t arrive until the bottom of the fourth inning.

Watertown nearly batted around in the second inning with the first four batters reaching base as second baseman Brandon Taylor doubled to left-center field to drive in two runs for a 2-0 lead.

Catcher Khale Showers followed with an RBI groundout and Danny DiMarzo flied out to right field to drive in a run for a 4-0 advantage.

The Rapids struck for three more runs in the third, capped by a two-run double to center field by DiMarzo.

Watertown added a run in the fourth inning as Vinny DeRubeis walked and scored when Jonathan Catapato reached on an infield single for an 8-0 advantage.

Geneva scored two runs in the fifth on an RBI single from both Trae Yunger and Brandon Cooper before the game was called.

Those were the only two runs allowed by Rapids starter James Krick, who allowed four runs and two walks while striking out four.

On Friday, Watertown won 5-2 at the Newark Pilots as newcomer and starting pitcher Josh Lajoie, who attends St. John’s, recorded the win.

The Rapids announced on Saturday they signed pitcher and Lowville native Kalani Zehr, who is coming off his sophomore season at St. Lawrence University.

Watertown will host the Adirondack Trail Blazers at 6:15 p.m. on Monday before playing at the Newark Pilots at 7:05 p.m. on Tuesday.

The Rapids will then play two games against Elmira, first hosting the Pioneers at 6:15 p.m. on Wednesday before playing at Elmira at 7:05 p.m. on Thursday, which is Independence Day.